A cereal killer is on the loose. A team of internal experts are on a mission to uncover the origins of the world’s deadliest strain of cereal rust disease. 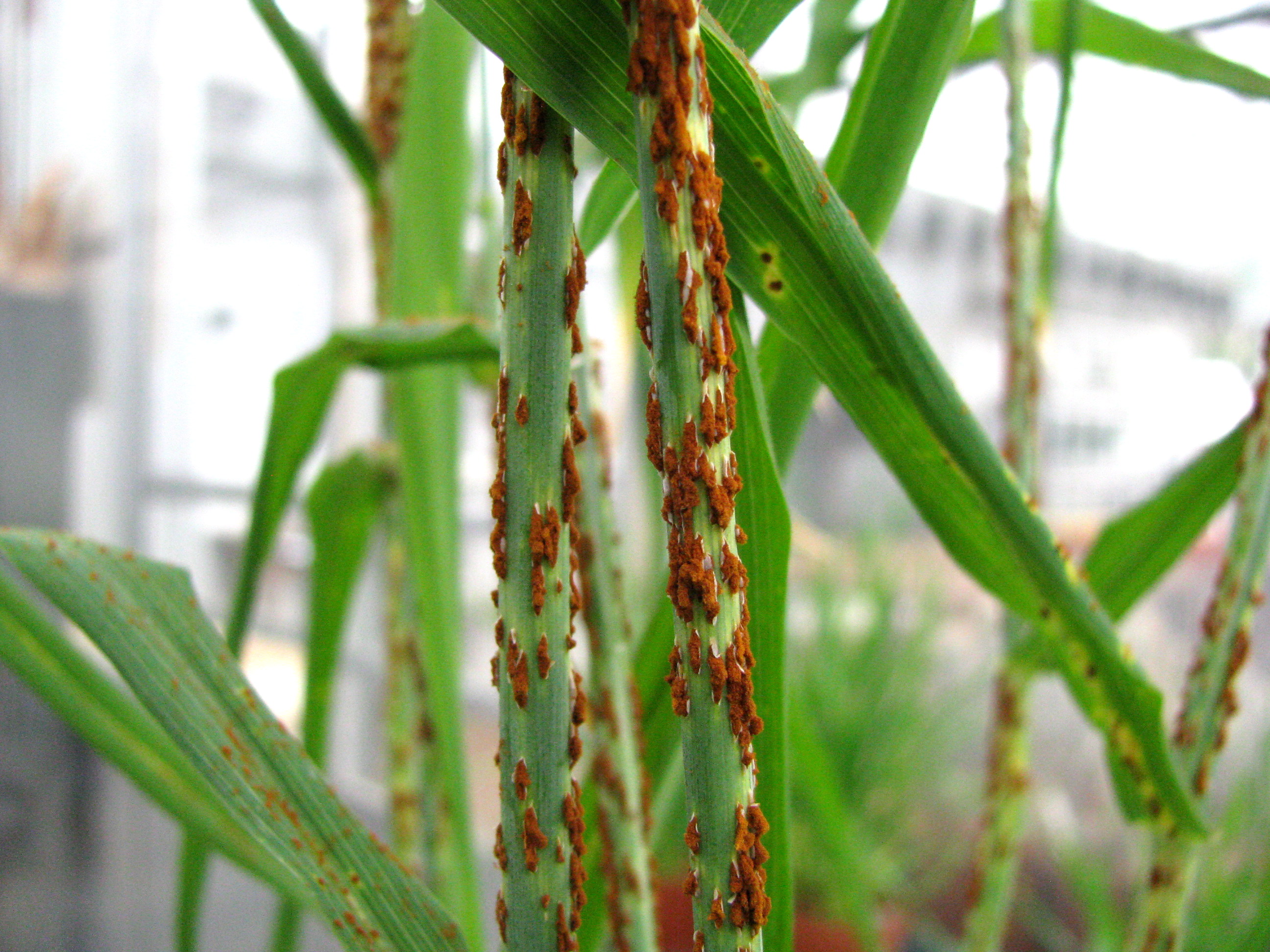 We’ve made a breakthrough in hunt for origins of a cereal killer. Image credit: Dr Zacharias Pretorius

A deadly threat on the loose. An international team of experts. A 20-year-old mystery. It’s got all the ingredients of the latest true crime podcast. But it’s actually a mission to uncover the origins of the world’s deadliest strain of cereal rust disease.

Rusts are a common fungal disease of plants. Globally they kill over $1 billion worth of crops each year.

To date, Australian crops have had a bodyguard in the form of breeding rust-resistant crop varieties. But with a new killer at large, the threat of chaos loomed. This cereal killer was getting past all the best defences in other countries.

Luckily, we had some great detectives on the case. Our researchers worked with partners in the US and South Africa to crack this one open.

The Ug99 strain of the wheat rust fungus is a serious villain. Like all classic bad guys, it came from bad stock. Its parents were also rust strains creating this new hybrid.

It was first named in Uganda in 1999, hence ‘Ug99’. And it is considered one of the most threatening of all rusts.

So far outbreaks have been restricted to Africa and the Middle East. But we estimate that an outbreak here in Australia could cost up to $500 million in lost production and fungicide use in the first year.

But as our crop crime fighters tell us: the more you know your enemy, the more equipped you are to fight against it.

Catching the killer: all in the genes

Our super sleuths found half of Ug99’s genetic material came from a strain that has been in southern Africa for more than 100 years. And it also occurs in Australia.

Earlier this year, just like a detective scouring the DNA database, Dr Melania Figueroa and her team were sequencing the DNA of Ug99. At the time, Melania was working with the University of Minnesota. Meanwhile, over in Australia, a CSIRO team led by Dr Peter Dodds was sequencing another type of rust fungus called Pgt21.

When the two groups compared results, they found the two pathogens share an almost identical nucleus and therefore half of their DNA. Bingo! They’re related.

Ug99 is the offspring of two other known assassins. And it wasn’t the usual entry into the world.

The fungi parents merged their cells together and exchanged genetic material without going through the complex sexual reproduction cycle. 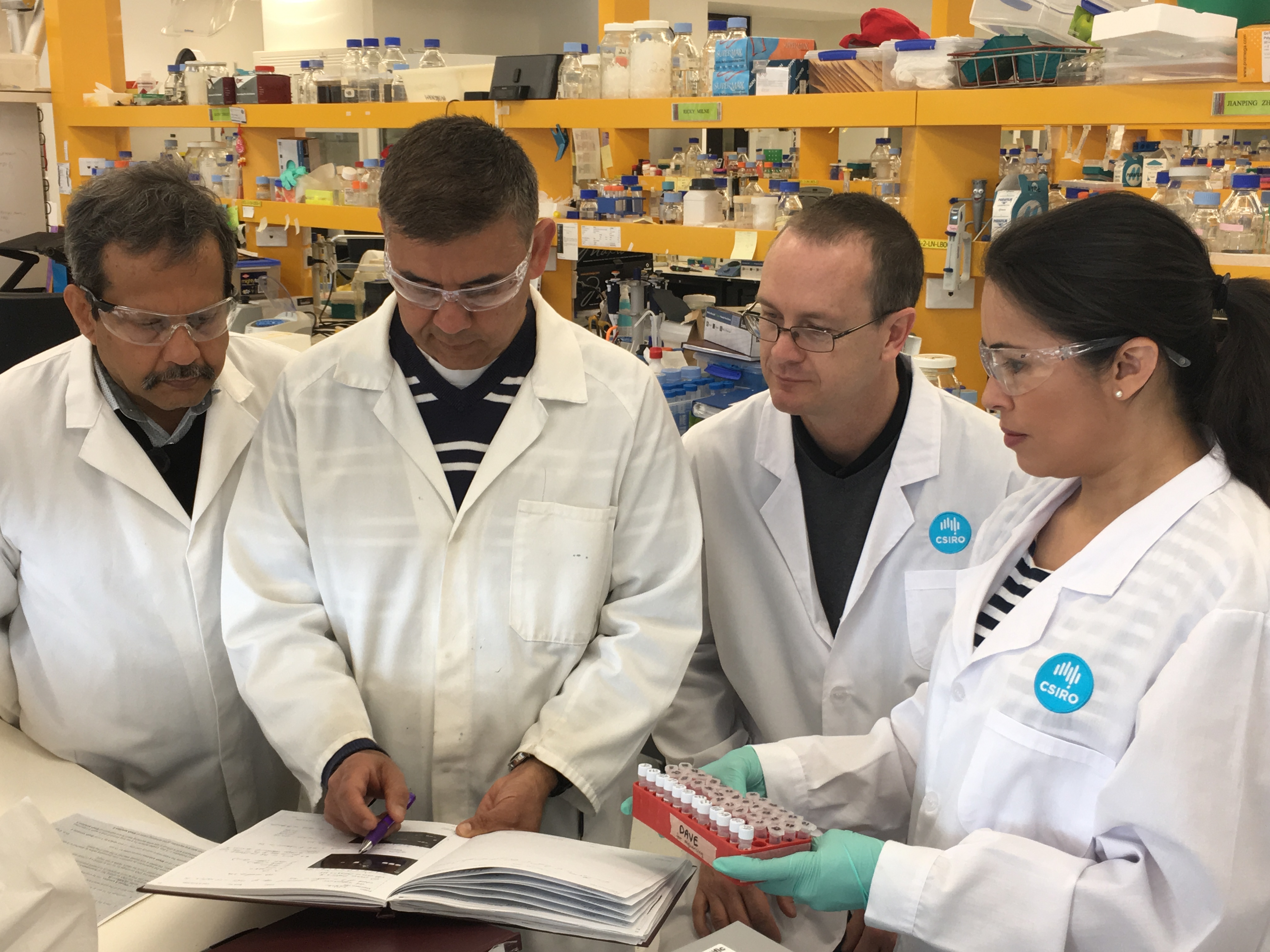 More killers on the loose

Back in the 60s, researchers had theorised that rust strains could hybridise. But this new research provides the first clear molecular evidence. It means Ug99 could again exchange genetic material with different pathogen strains to create a whole new enemy.

Ug99 could also become a master of disguise. But this new intel means researchers can predict how the killer is likely to change in the future. It will also make way for better methods to screen for crop varieties with strong resistance to disease.

Earlier this year, we worked with the University of Minnesota and the 2Blades Foundation to achieve good results in wheat resistance. This was done by stacking five resistance genes into the one wheat plant to combat wheat stem rust.

This latest research is the result of a collaboration between scientists from CSIRO, the University of Minnesota, University of the Free State, and Australian National University.