We've used the tissues of tuna to detect signals of climate change in the oceanic food web, indicating large-scale change in our marine ecosystems. 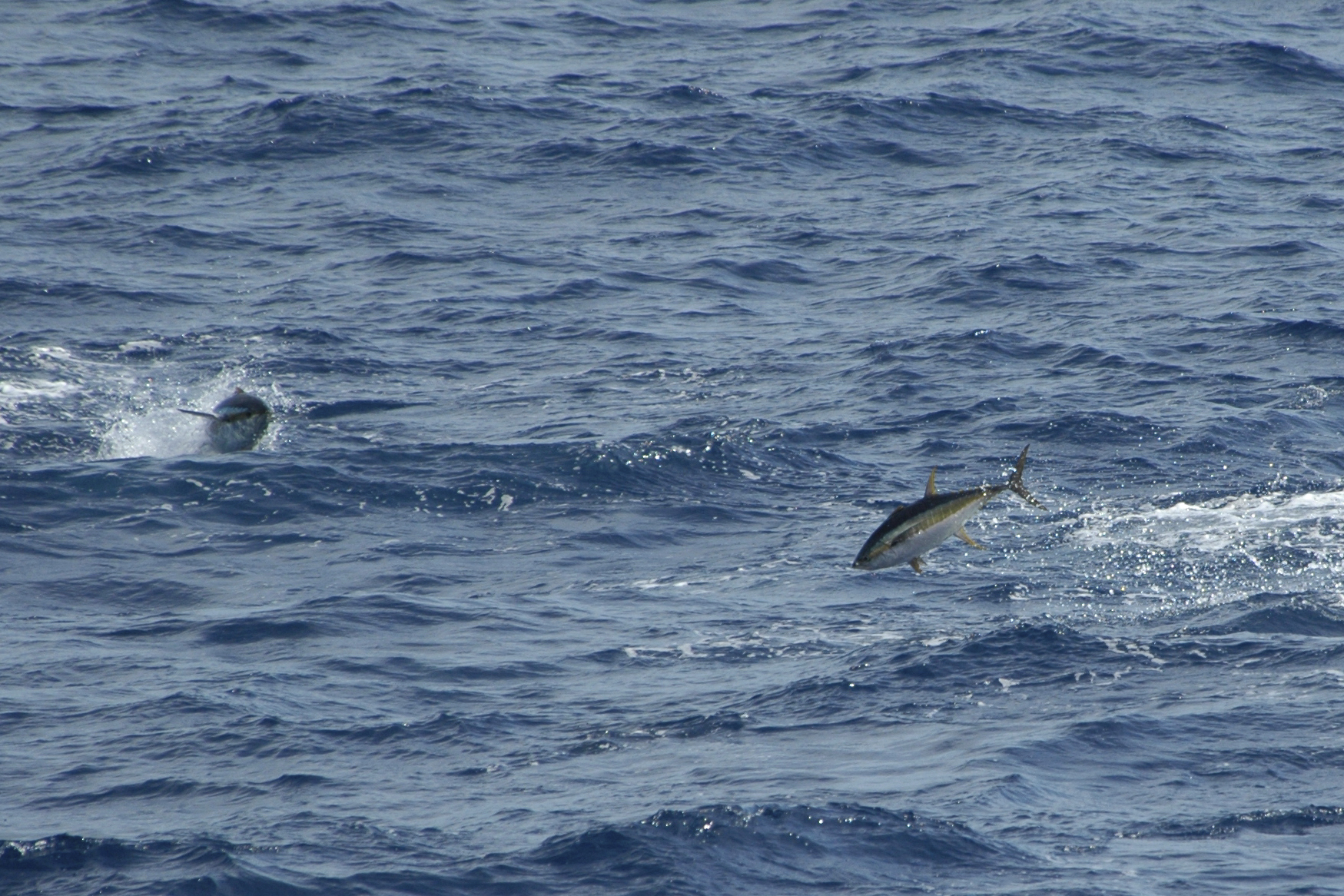 Yellowfin tuna were one of three species we studied to understand the impact of climate change on marine life. Image: iStock

Yes, you read the headline right. We’ve detected signs of climate change in the ocean food web around the globe using the tissue of tuna.

This is the first time we’ve been able to compare model results with observations and it has shown that changes to phytoplankton (microscopic marine algae) are occurring in the real world. Thanks science.

Our research, published in Global Change Biology, used data from thousands of tuna sampled from the Pacific, Atlantic and Indian Oceans. The samples were from three commercially-important tuna species – albacore, bigeye and yellowfin – collected from 2000 to 2015.

We analysed the carbon stable isotope of the tuna muscle (the carbon isotopes that don’t change over time) to trace historic changes in the carbon cycle of an ecosystem.

The results show the make-up of phytoplankton, and the oceanic food webs they support, are indeed changing. 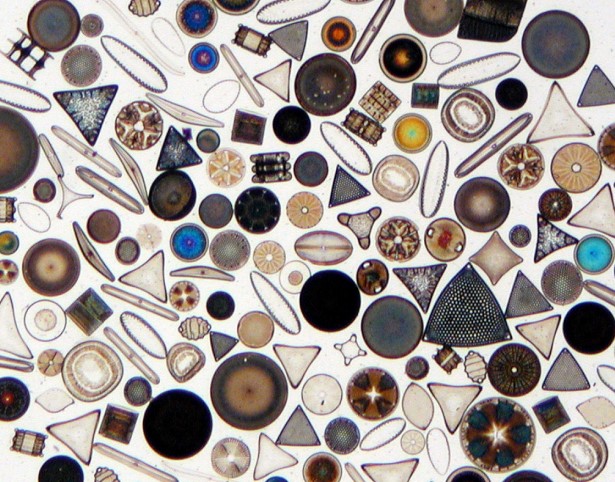 Phytoplankton come in many forms and are the base of the marine food web. Changes to their structure and distribution can have significant trickle down effects. Image: Wikimedia

Top predators in our oceans, such as tuna, are displaying biological signs of changes in fossil-fuel derived carbon dioxide. These changes originate at the base of the food web, in phytoplankton communities, which has broad impacts up the line.

Phytoplankton of the future

Physical data enables us to confirm predictions about temperature, sea-level rise and ocean acidification. But biological information, such as changes in the marine food web, had been lacking. Not anymore.

Several Earth System and Climate models predict that climate change will affect global populations of phytoplankton in our oceans. This is through increased emissions of carbon dioxide, global warming and ocean acidification. And our data backs this up.

Even small changes in the growth of phytoplankton will affect atmospheric carbon dioxide concentrations, which will influence global surface temperatures. It will also impact the way nutrients and energy cycle through our food webs.

Changes in phytoplankton have been captured by satellite, but only in the top few metres of the ocean surface. But using the data from tuna enables us to assess changes to phytoplankton throughout the water column, from surface to depth. 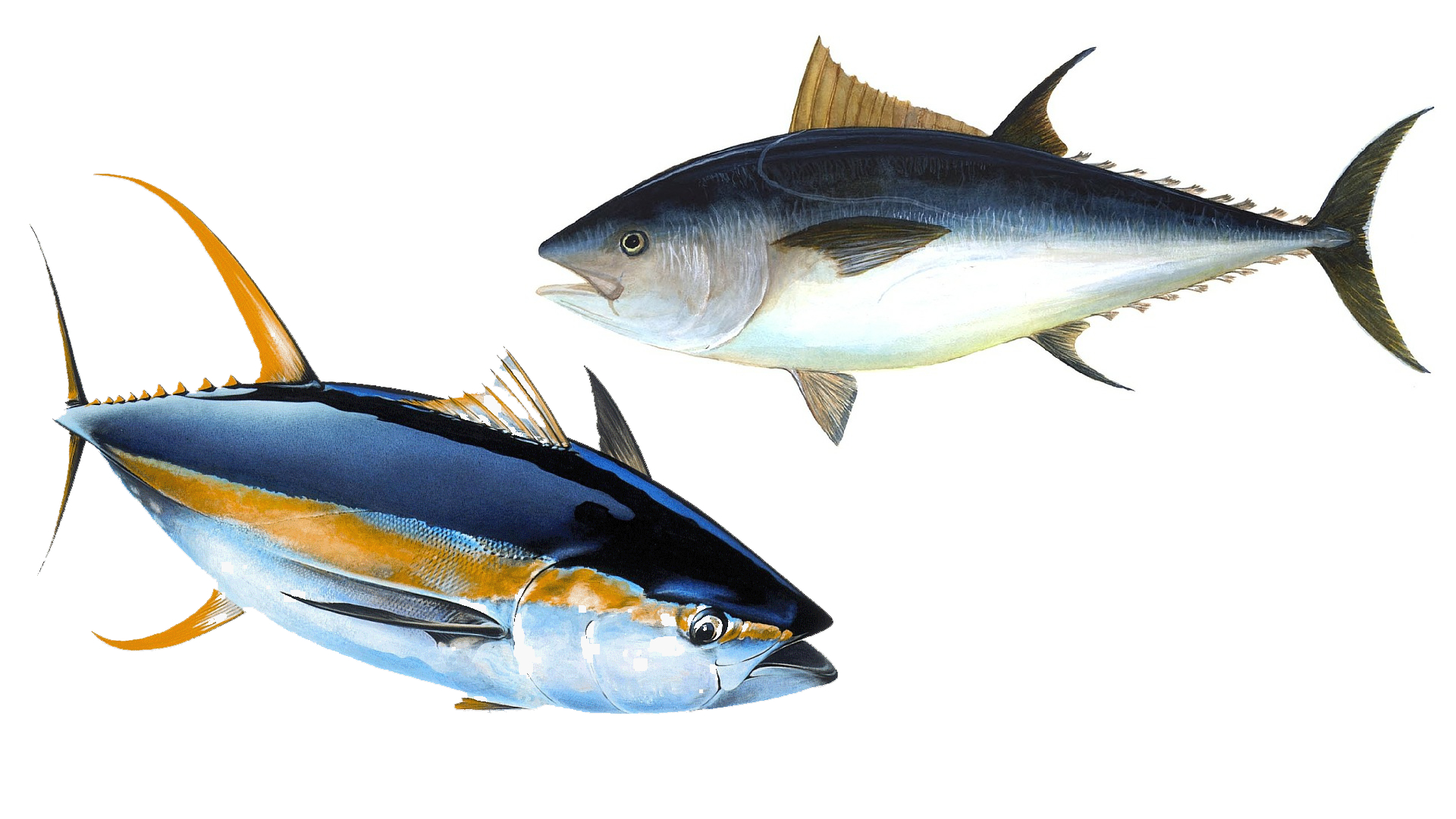 Bigeye and Yellowfin tuna were two of the top predator species that researchers collected tissue samples from to reach their conclusions.

Changes served up on a plate

Shifts in phytoplankton could alter the availability of energy and some essential macro and micro nutrients such as omega-3 fatty acids. These changes we’ve uncovered could be critical for the three billion people who depend on fish as their main source of nutrition. It’s also important for sustainable fisheries management.

Changes in phytoplankton could also affect where tuna, and other ocean species, feed. They might need to travel deeper, further and wider in search of more nutritious meals. We could also see changes to stocks of marine creatures and wild fish due to reduced energy and nutrients available.

Continued work to help confirm biological predictions from Earth Systems modelling is vital – for us, phytoplankton, top marine predators, and everything in between.

Get a marine nutrition fix: learn about our fisheries research

Previous post:
Breakthrough in hunt for deadly cereal killer
Coming up next:
Homeward Bound: the women on an epic Antarctic journey