Sometimes super heroes need to combine their strengths to fight evil. In The Avengers, Iron Man, Thor, Captain America and the Hulk all unite together to fight and protect our world. In the plant world, the same thing is happening. We have united the avengers (different disease resistant genes) to fight wheat stem rust. But first, let’s find out a little about our opponent, our fungal foe. 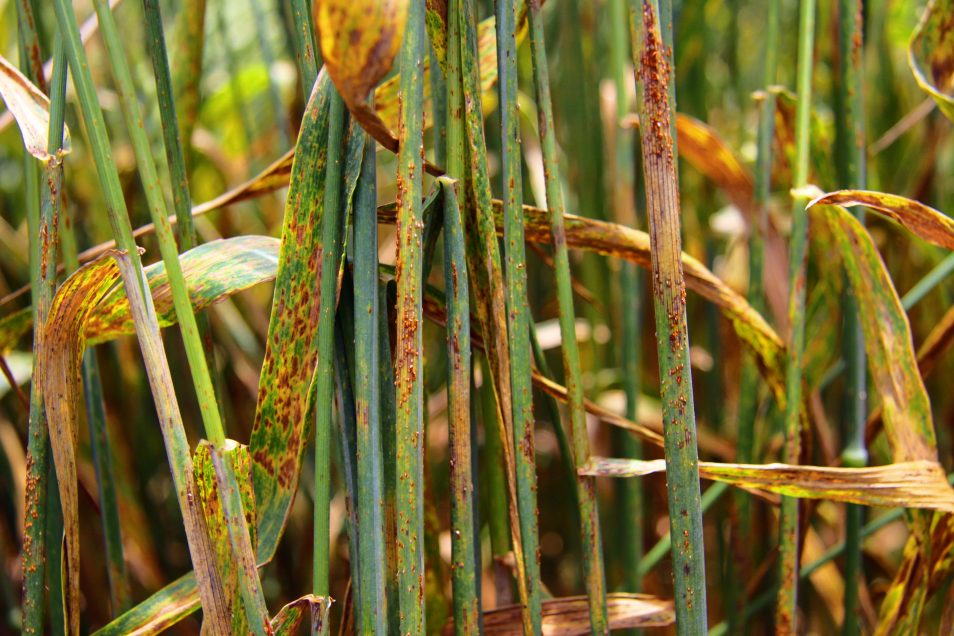 Wheat stem rust is the Thanos of the plant world: it’s the most devastating of the many diseases, especially for cereal crops. Photo: Liang Qu / IAEA

The Thanos of the plant world

Wheat stem rust is the most devastating of the many diseases that attack wheat plants around the world. Stem rust is caused by a fungus with microscopic, reddish-brown spores. These spores can infect and destroy wheat crops across a wide area in a short period of time (though not quite as quick as a snap of the fingers).

It causes havoc worldwide, significantly reducing wheat production. In Australia alone, wheat rust, it is estimated that around half a billion dollars of losses would occur if these rust diseases were not controlled. This disease can also affect barley, oats, rye and triticale (a hybrid of wheat and rye) when seasonal conditions are favourable.

One solution to wheat rust is to prevent the disease’s spread, by developing rust-resistant varieties. Compared to spraying infected plants with fungicides this is a more effective, economical and environmentally friendly solution. But for this strategy to work, we need to keep developing new varieties quicker than the fungus can evolve to once again attack the plant.

So, instead of taking a gene-by-gene approach, we’ve combined the super powers of many single genes together at once. By stacking five resistance genes together, we make this new wheat more ‘bullet-proof’. In other words, we’re taking an Avenger’s approach to fighting stem rust. 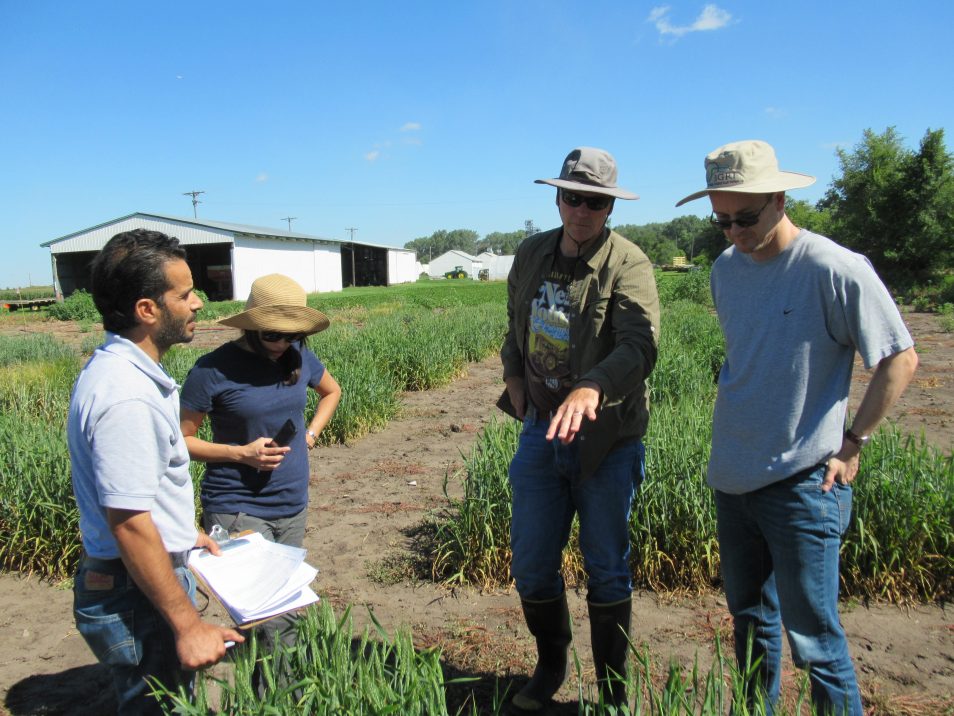 “There was an idea to bring together a group of genes…”

Some of these wheat plants were recently tested in the field in Minnesota, USA. They were grown alongside wheat plants that usually succumb to stem rust. All were infected with rust spores.

So did the new super-wheat survive? The exciting news is, not only did they survive, all of the ‘combined powers’ wheat plants showed very strong resistance to stem rust.

And initial results of molecular analysis and field trails are very encouraging. They show that the combination of the five or more genes gave the plants effective resistance against wheat stem rust.

A picture speaks a thousand words. Results from the field trial in Minnesota show Big 5 (the wheat with five resistant genes) non-affected compared to Fielder, a susceptible variety and Mutus, a resistant variety.

Putting their combined powers to the test

The next step is to test the new wheat varieties in Australia. We’ll grow these new wheat varieties in fields in Australia and infect them with rust spores to check their resistance. Finally they’ll be trialled in Africa where they will come face to face with their most dangerous enemy of all … a particular strain of wheat stem rust known as the ug99 (named for its discovery in Uganda in 1999).

Our long-term hope is that the united front of avenging resistance genes will stand strong against any Thanos-y stem rusts of this world! 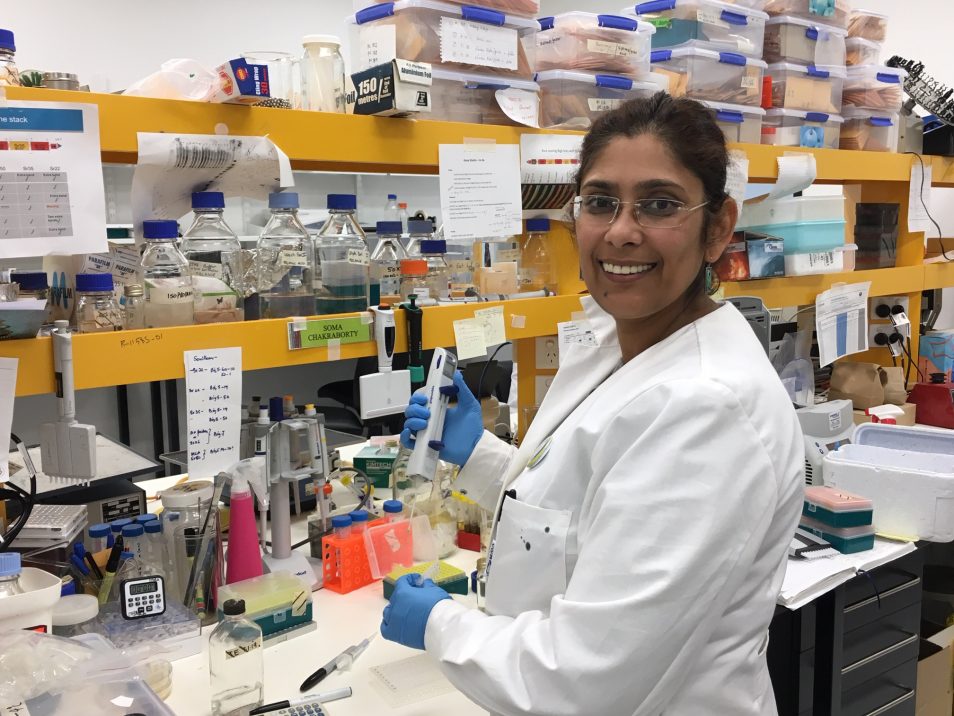 Our super-scientist, Soma in the lab.