Pears, Pluto and 3D printed ribs: our prized posts for 2015

Pears, Pluto and 3D printed ribs: our prized posts for 2015

It's been a busy year for our science, as we constantly look for new ways to make Australia a better place. Here's ten of our favourite 'jaw dropper' blogs that we think helped us do that.

Our Parkes Radio Telescope has been busy in 2015.

Well, what a year for science it’s been. There’s been a seemingly non-stop procession of breakthroughs in astronomy, biology, biomedics and physics (to name but a few disciplines) that have left us in wonder and awe at our own place in the grand scheme of things. And here at Australia’s leading science agency, we like to think we’ve been keeping a pretty good pace with the groundbreaking developments, being responsible for our own share of jaw droppers.  Here’s ten of our favourites from 2015:

Expanding our Horizons
We were over the moon (and then some) about being involved in the historic NASA New Horizons mission, involving the first ever flyby of Pluto and its close(ish) neighbours. We played an important part in the mission, with our Canberra Deep Space Communication Complex (CDSCC) relaying data from the satellite back to the central command in the US.  CDSCC was one of the first places on Earth to receive the New Horizons datain binary form (a massive cache of 1s and 0s), By the time it reached us, the radio signals were 20 billion times weaker than the power of a watch battery. But thanks to our giant CDSCC antenna dishes, we were able to capture and process the information before sending it on to NASA’s mission scientists. 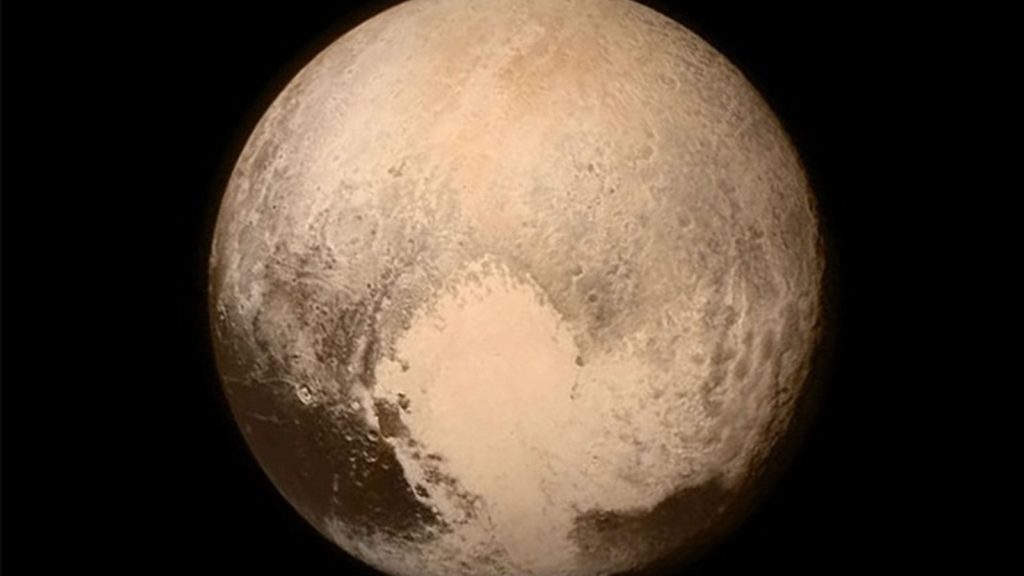 Pluto as we’d never seen it before.

3D printers to the chest-cue
Our chest story of the year? A Spanish cancer patient received a 3D printed titanium sternum and rib cage designed and manufactured right here in Australia. Suffering from a chest wall sarcoma, the man needed his sternum and a portion of his rib cage replaced. This part of the chest is notoriously tricky to recreate with prosthetics, due to the complex geometry and design required for each patient. So the patient’s surgical team turned to Melbourne-based medical device company Anatomics, who designed and manufactured the implant utilising our whiz bang Lab 22 printers. It was a wondrous display of the possibilities the world of 3D printing presents us. 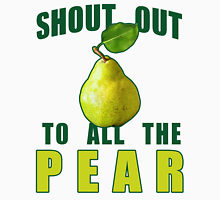 Shout out to all the pears
Didn’t this one set the internet off? We’ve been involved in a study with Horticulture Innovation Australia on the health benefits of pears. As well as finding pears are good for lowering cholesterol, relieving constipation and as an anti-inflammatory, it turns out they can also ward off hangovers and lower blood alcohol levels. As explained by Manny Noakes, our lead research on the project, Nashi pears act on the key enzymes involved in alcohol metabolism, alcohol dehydrogenase (ADH) and aldehyde dehydrogenase (ALDH) to speed up alcohol metabolism and elimination or inhibition of alcohol absorption. In particular, reductions were seen in blood acetaldehyde levels, the toxic metabolic thought to be responsible for the hangover symptoms, with pear juice consumption. In short, eat some Nashi (Asian) pears before you start drinking and you can reduce the size of your hangover the next day. Noiice.

Swooping magpie myths
We can’t really claim this as being new science, but our explainer piece on why magpies swoop (based on a study from Griffith and Deakin universities) and an entertaining video of some CSIRO employees testing out some home-made devices to protect themselves from a particularly vicious maggie, became an online sensation. So why do they swoop? Just like any good parent, magpies are engaging in what’s known as brood defence. And what’s the best way to keep them from swooping you? Well, you’ll just have to check out the blog.

The truth is out there… in Parkes
We announced our Parkes Radio Telescope is going to join an international search for extraterrestrial intelligence, called Breakthrough Listen. It’s not every day you get the likes of Stephen Hawkings and Yuri Milner announce they’re going alien hunting and that they want you to come along with them, so this one was kind of a big deal. In fact, it’s the biggest scientific search ever undertaken for signs of intelligent life beyond earth, covering 10 times more of the sky than previous programs and scanning 5 times more of the radio spectrum, 100 times faster. Just keep an eye out for ‘Contact 2’ – a tale of love and aliens, based in Parkes.

Tanks for the advice
A report into the correct maintenance of rainwater tanks might sound a little dry, but our blog on rainwater tanks was wildly popular read in 2015. It seems like the humble backyard tank is an important part of many Australian households, so tips on keeping it healthy and efficient had our audience thirsty for more. Our top tip? Clean your guttering out at least once every 3 months, people!

Telling tuna tales
When a recreational fisherman jagged a sizey Southern Bluefin Tuna (SBT) in the waters off South Australia earlier this year, he didn’t bet that his catch of the day would become a science celebrity. It turned out that ‘Bluey,’ as she came to be known, was actually one of the first ever juvenile tuna to be tagged as part of our study in to SBT stocks back in 1992. Now 20 years old, Bluey’s tag contained a wealth of data on her movements and has given our scientists an unprecedented look into the life of this important fish. 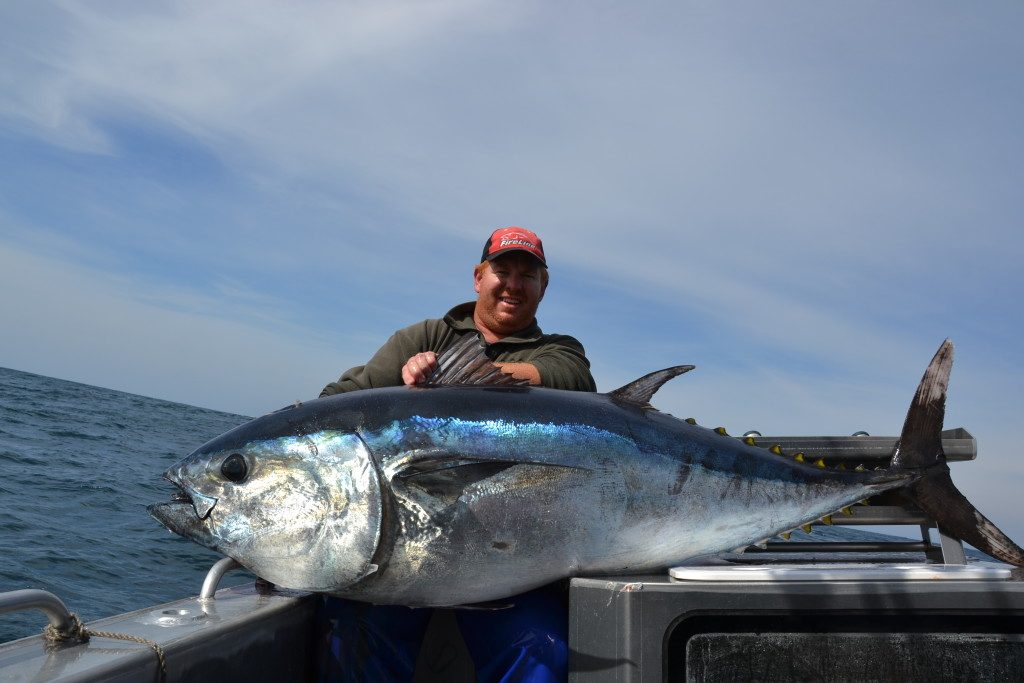 Bluey. 102kg and taller than Tom Cruise (in case you were wondering).

The smell of rain
This wasn’t a new story, but it was one that needed to be told again. ‘Petrichor’ is the word used to describe the smell of oncoming rain, and it was first named and scientifically described by two of our scientists, Joy Bear and Richard Thomas, back in the 1960s. By steam distilling rocks that had been exposed to warm, dry conditions in the open, they discovered a yellowish oil – trapped in rocks and soil but released by moisture – that was responsible for the smell. Unearthing these stories for a new audience is just one of the many pleasures we have here on the CSIRO blog, so we hope you enjoyed it.

Australia’s average diet is well, pretty average
We did a survey of eating habits across the country, surveying over 40,000 people. We got a ‘C’. Turns out Aussies are eating too many ‘discretionaty snacks’ – i.e. Tim Tams, Paddle Pops and dark chocolate (we blame those Lindt 2 for 1 deals). While many people scored highly in categories such as water intake and the variety of foods consumed, the survey found there was certainly lots of room for improvement in other areas. Unless you lived in Coffs Harbour or Grafton, on the mid-north coast of NSW, that is. You guys nailed it.

A real knock-out story
After getting the green light from regulators for its sale in Europe and the UK, Australian healthcare company Medical Developments International’s (MDI) is planning to take it was taking the emergency pain killer Penthrox – aka the ‘green whistle’ – to the rest of the world. The green whistle has been used for decades across Australia, being administered by nurses, paramedics, surf life savers and bringing immediate pain relief in a way that’s safe and non-addictive. Together with MDI, we developed a new manufacturing process that they will use to increase their production of Penthrox by ten times and meet the anticipated demand of the European market. MDI has been granted initial regulatory approval to sell the product in the UK, France, Belgium and Ireland where Penthrox will meet a significant gap in the marketplace for a non-narcotic analgesic. There are more than 50 million accident and emergency hospital attendances each year in these countries alone and MDI has estimated that these markets for Penthrox are worth about $100 million per year. That’s a lot of green (whistles).

We can’t wait to see what 2016 brings. To keep up with all of our latest and greatest, make sure you sign up to our blog.

Previous post:
Living in a material world
Coming up next:
Southern Surveyor: Stories from on board Australia’s ocean research vessel – Professor Tom Trull