The smell of rain: how our scientists invented a new word

The smell of rain: how our scientists invented a new word

Have you ever noticed that fresh smell of earth in the air just before it starts to rain? Well, there's a word for it - petrichor.

Rain: you can tell when it’s coming just by the smell. Flickr/Ulf Bodin, CC BY-NC-SA

Australia’s CSIRO has come up with some pretty amazing inventions over the past 86 years of research, from polymer banknotes to insect repellent and the world-changing Wi-Fi. But we can also lay claim to something a little more esoteric – we actually invented a whole new word.

And no, we’re not talking about one of these new-fangled internet words like “YOLO”, “selfie” or “totes”.

The word is “petrichor”, and it’s used to describe the distinct scent of rain in the air. Or, to be more precise, it’s the name of an oil that’s released from the earth into the air before rain begins to fall.

This heady smell of oncoming wet weather is something most Australians would be familiar with – in fact, some scientists now suggest that humans inherited an affection for the smell from ancestors who relied on rainy weather for their survival.

Even the word itself has ancient origins. It’s derived from the Greek “petra” (stone) and “ichor” which, in Greek mythology, is the ethereal blood of the gods.

But the story behind its scientific discovery is a lesser known tale. So, how is it that we came to find this heavenly blood in the stone?

Nature of Argillaceous Odour might be a mouthful, but this was the name of the paper published in the Nature journal of March 7, 1964, by CSIRO scientists Isabel (Joy) Bear and Richard Thomas, that first described petrichor.

Thomas had for years been trying to identify the cause for what was a long-known and widespread phenomena. As the paper opened:

That many natural dry clays and soils evolve a peculiar and characteristic odour when breathed on, or moistened with water, is recognised by all the earlier text books of mineralogy.

The odour was particularly prevalent in arid regions and was widely recognised and associated with the first rains after a period of drought. The paper went on to say:

There is some evidence that drought-stricken cattle respond in a restless matter to this “smell of rain”.

The smell had actually been described already by a small perfumery industry operating out of India, which had successfully captured and absorbed the scent in sandalwood oil. They called it “matti ka attar” or “earth perfume”. But its source was still unknown to science.

Joy and Richard, working at what was then our Division of Mineral Chemistry in Melbourne, were determined to identify and describe its origin.

By steam distilling rocks that had been exposed to warm, dry conditions in the open, they discovered a yellowish oil – trapped in rocks and soil but released by moisture – that was responsible for the smell.

The diverse nature of the host materials has led us to propose the name “petrichor” for this apparently unique odour which can be regarded as an “ichor” or “tenuous essence” derived from rock or stone.

The oil itself was thus named petrichor — the blood of the stone.

Bring on the humidity

The smell itself comes about when increased humidity – a pre-cursor to rain – fills the pores of stones (rocks, soil, etc) with tiny amounts of water.

While it’s only a minuscule amount, it is enough to flush the oil from the stone and release petrichor into the air. This is further accelerated when actual rain arrives and makes contact with the earth, spreading the scent into the wind.

According to the Nature Paper:

“In general, materials in which silica or various metallic silicates predominated were outstanding in their capacity to yield the odour. It was also noted that the odour could be obtained from freshly ignited materials rich in iron oxide, with or without silica.”

It’s a beautiful sequence of events, but one that may be hard to visualise.

Thankfully, in a testament to the ongoing scientific fascination with this finding, a team of scientists at the Massachusetts Institute of Technology have just this year released a super slow motion video of the petrichor process in motion.

Using high-speed cameras, the researchers observed that when a raindrop hits a porous surface, it traps tiny air bubbles at the point of contact. As in a glass of champagne, the bubbles then shoot upward, ultimately bursting from the drop in a fizz of aerosols.

The team was also able to predict the amount of aerosols released, based on the velocity of the raindrop and the permeability of the contact surface which may explain how certain soil-based diseases spread. 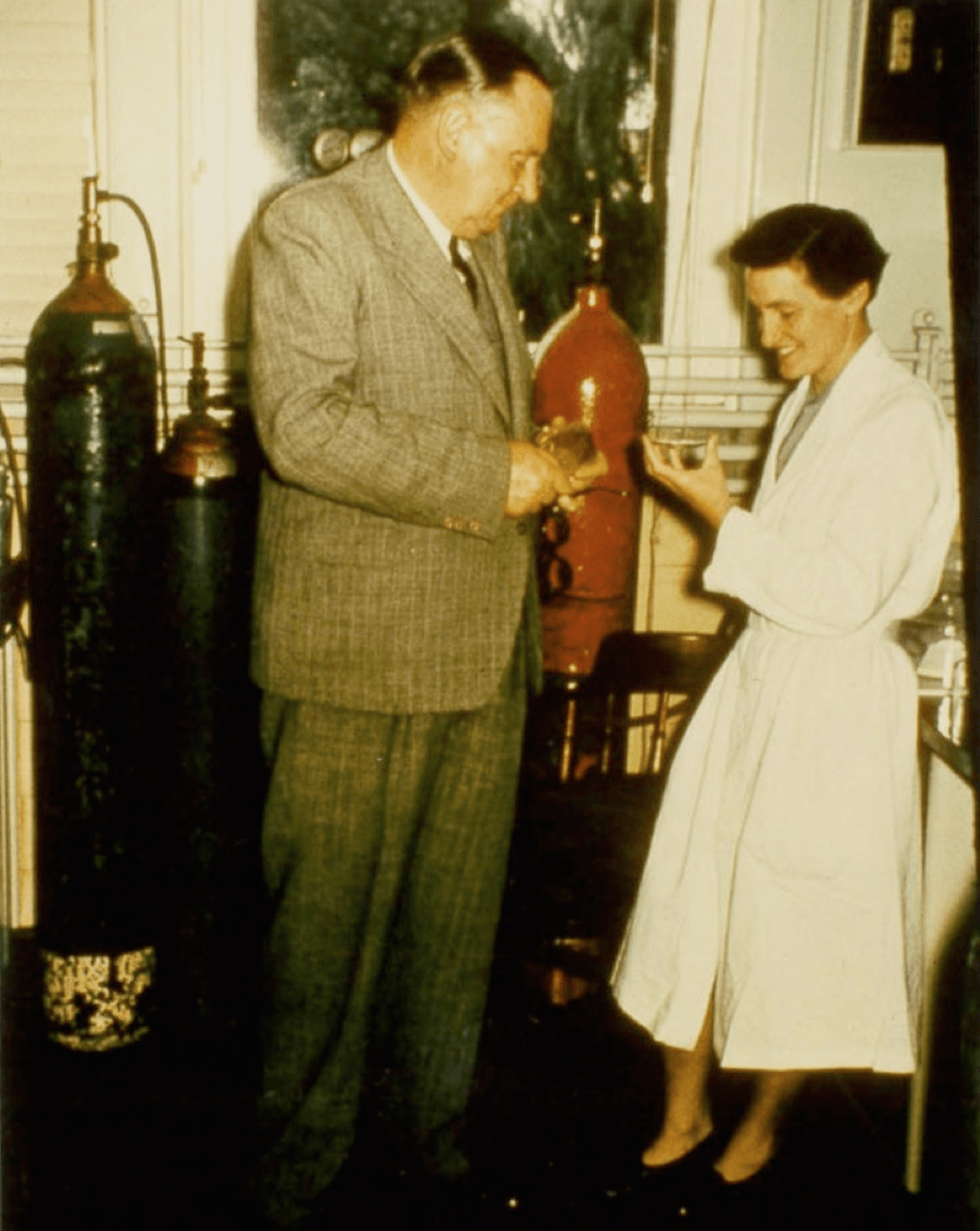 There’s a small body of research and literature on petrichor that’s fascinating in its own right, including Thomas and Bear’s subsequent paper Petrichor and Plant Growth a year after they first named the smell.

So what happened to Joy Bear and Richard Thomas?

Richard had actually retired from CSIRO in 1961 when he was First Chief of the Division of Minerals Chemistry. He died in 1974, aged 73.

Joy, aged 88, a true innovator and pioneer in her field, retired from CSIRO only in January this year, after a career spanning more than 70 years.

The joint discovery of petrichor was just part of a truly remarkable and inspiring career which culminated in 1986, with Joy’s appointment as a Member of the Order of Australia for services to science.

We are thankful to both for the lasting legacy on giving a name to the smell of rain and to Joy for the role model she has been to so many women in science.

This is part of a series on CSIRO Inventions.

This article was originally published on The Conversation.

Previous post:
So, what is a scientific mooring?
Coming up next:
A cracking eggs-plainer