How to send a photo from Pluto…

How to send a photo from Pluto…

Get excited! The New Horizons spacecraft is ready to rendezvous with Pluto and send back the first ever images of the dwarf planet. Here's how it works.

…and 8 other cool New Horizon facts

We’re playing a vital role in NASA’s New Horizons mission, the first ever attempt to visit Pluto. Learn more about this historic exploration, and our other astronomical feats, at #CSIROSpace. 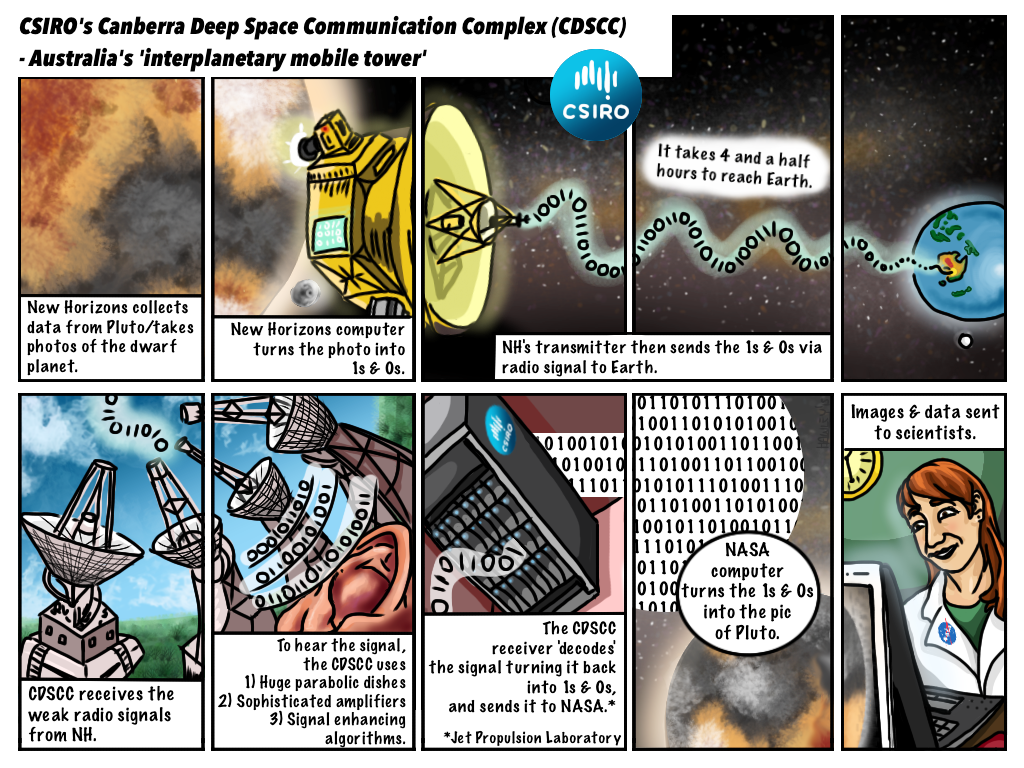 Talk about a long distance call.

Some time tonight, around 9:57pm AEST, we’re expecting a world-first ‘phone call’ from the outer edges of the solar system.

The team at our Canberra Deep Space Communications Centre (CDSCC)  will be the first to hear from the New Horizons spacecraft as it completes its nine-and-half-year journey to the solar system’s most famous dwarf planet, Pluto. NASA and Johns Hopkins University Applied Physics Laboratory are the lead agencies on this multi-million dollar project, but our CDSCC facility will be integral in communicating with the far-flung vessel.

Scientists have never before had an opportunity to study Pluto and its surrounding moons (Charon, Hydra, Nix, Styx and Kerebros) with such detail and precision. Even images from Hubble have shown us little more than blobs. Using an immense array of sensors and cameras, New Horizons will send us the most comprehensive images and data from the icy dwarf planet the world has ever seen. This information will not only shed new light on Pluto’s mysteries, but it will also help us better understand the origin and evolution of Earth and our planetary neighbours.

Before New Horizons reaches its mission objective, let’s find out a little more about this spacecraft and the amazing science powering it to Pluto.

Remember to check out #CSIROSpace for the latest updates!