Stop the junk: why Australia scored a ‘C’ for diet

Stop the junk: why Australia scored a ‘C’ for diet

Over 40,000 Australians participated in our Healthy Diet Score Survey - and the results aren't good. 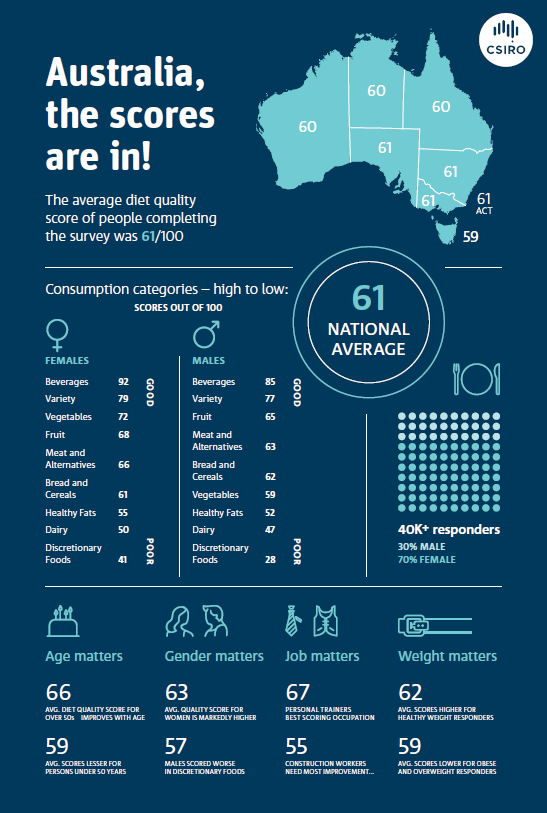 The results are in: Australia, you’re just not cutting it.

So say the findings of our Healthy Diet Score Survey, a scientifically validated survey that assessed people’s diet quality against the Australian Dietary Guidelines.

Over 40,000 people participated in the survey, which evaluated a person’s diet based on variety, frequency and quantity of the essential food groups, as well as individual attributes such as age and gender.

Our consumption of the dreaded ‘discretionary snacks’ – aka junk food – was most to blame, with Aussies on average consuming three times the recommended amount.

According to Professor Manny Noakes, our Research Director for Nutrition and Health and the co-author of the CSIRO Total Wellbeing Diet Online, the results were concerning.

“The scores were fairly unflattering across all respondents. If we were handing out report cards for diet quality, then Australia would only get a C.”

“While many people scored highly in categories such as water intake and the variety of foods consumed, there is certainly lots of room for improvement in other areas,” said Manny. 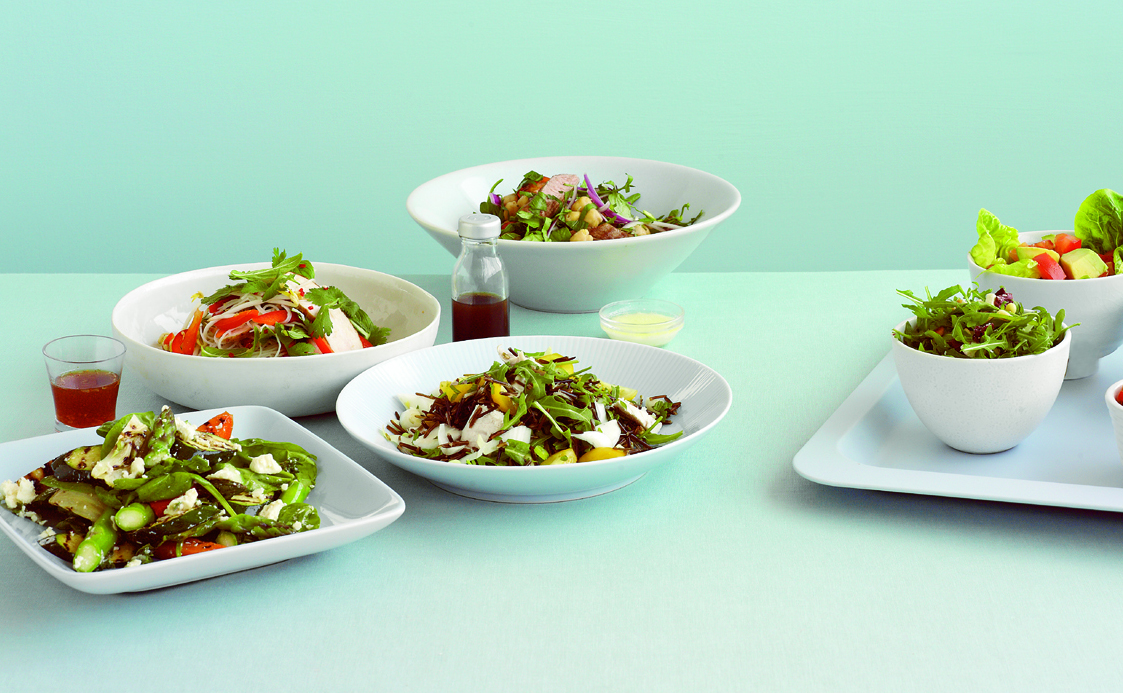 A well-balanced diet is essential to good health.

There were other positives, including the Coffs Harbour and Grafton region being named as home to Australia’s healthiest eaters (it must be all of those big bananas?).

Overall it was a disappointing outcome – and we can confirm our media team are no dietary angels – but we’re not here to lecture you in words.

We have an infographic for that instead.

Now if you’ll excuse us, we’re all moving to Coffs.

Haven’t taken the survey yet? Put that Freddo Frog down and give it a whirl.

END_OF_DOCUMENT_TOKEN_TO_BE_REPLACED 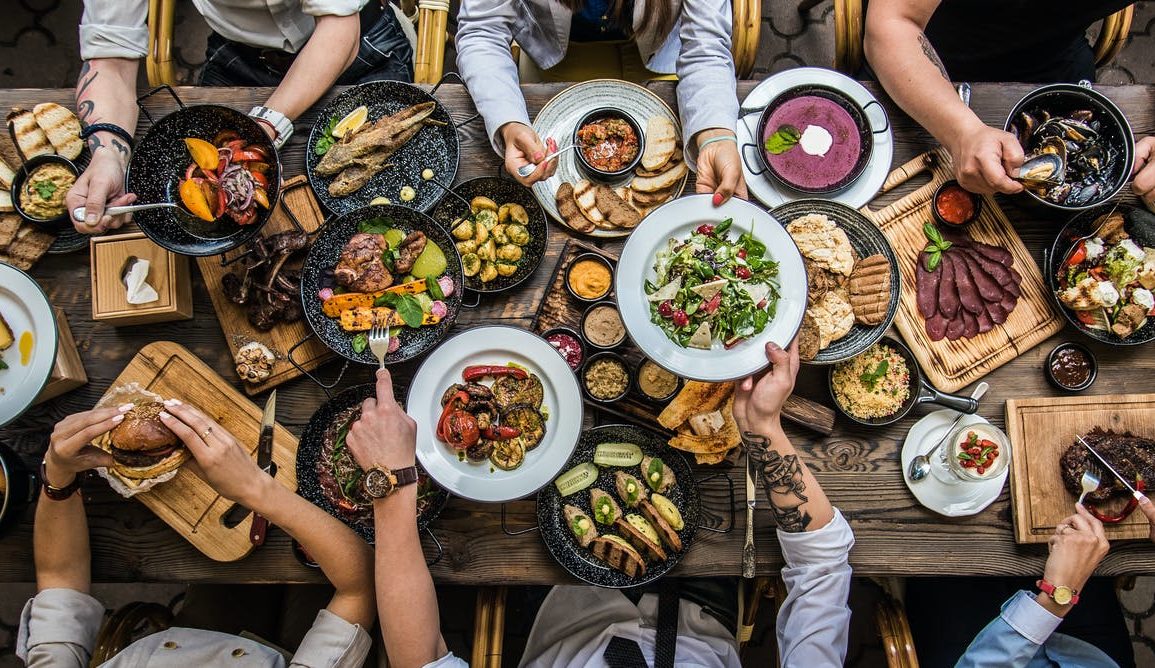