Have you ever stopped to consider the environmental impact of everyday items like a loaf of bread? 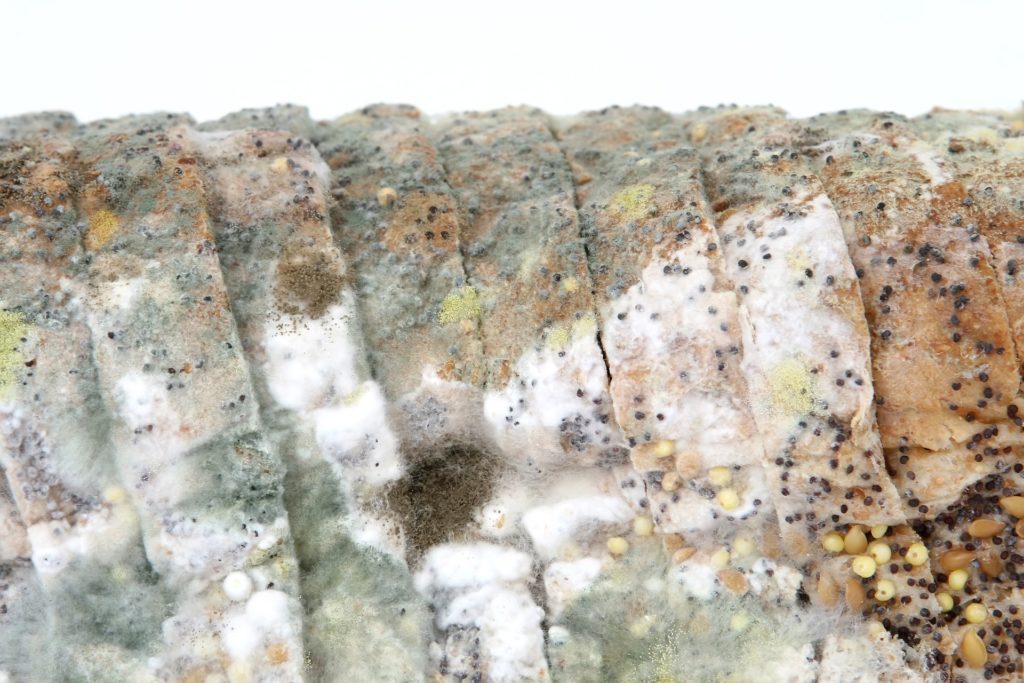 Does your bread get the green light when it comes to the environment?

Simple question: how green is your bread? No, we’re not asking how mouldy it is (that’s another story). We’re talking about the environmental friendliness of a simple loaf of white bread, and it’s an important question to ask, with around three-quarters of Australian shoppers buying bread each week. The answer can be pretty tricky, and you have a vital part to play in the final result.

Adding it all up

Using a method known as a life cycle assessment, we can calculate the environmental impacts that occur throughout the bread’s existence.

To begin with, there are land use considerations from the biodiversity impact on native flora and fauna. Then there’s water use, and thankfully Australian rain-fed wheat crops use minimal additional water. But that isn’t the case for irrigated crops like sugarcane for the sugar that’s added to your jam (we’ll get back to that later).

Australia’s dryland farmers are among the world’s best, and are making carbon efficiency improvements of about 1 per cent each year. But on the farm, nitrogen fertilisers are still one of the biggest factors for carbon emissions and the wheat seed needs to be planted and then harvested –all using machinery that uses diesel.

By the time enough wheat to make a loaf of bread leaves the farm, it’ll have generated, on average, around 200g of greenhouse gases per kg of wheat. 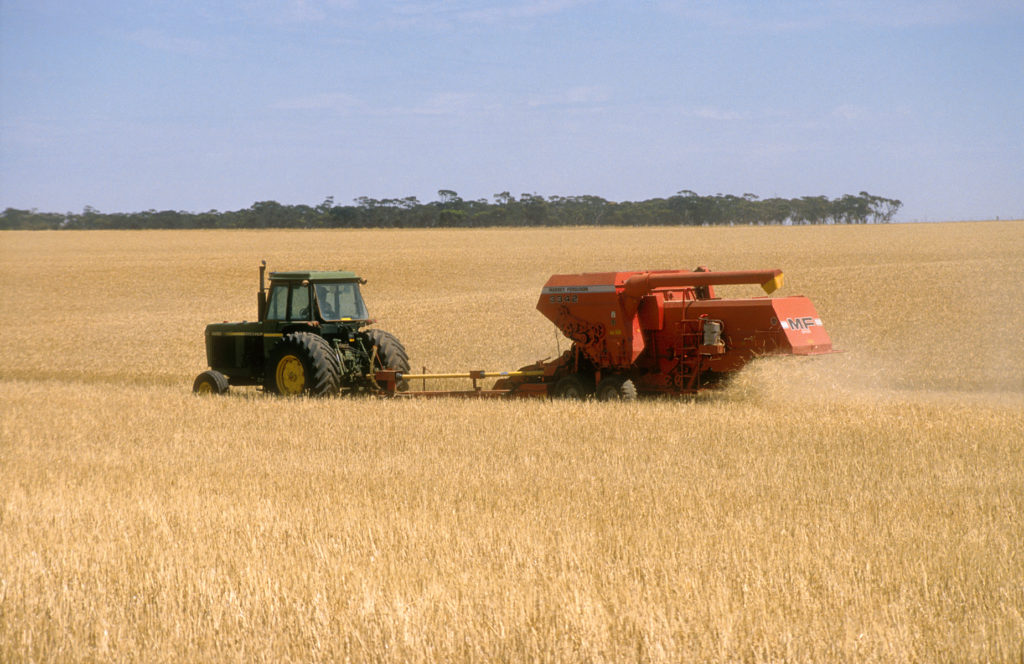 A tractor and header harvesting wheat.

After the wheat is taken to a mill to be ground down to flour, it’s transported to a bakery. At this stage the wheat for our bread will meet other ingredients such as yeast, canola oil and vinegar, which have all made similar production journeys.

These steps of milling and baking require significant amounts of electricity. In a country like Australia, where we have a predominantly coal-based power grid, our electricity has a high emissions footprint. As a result, a kg of flour has about 270g of “embedded” greenhouse gas emissions, including those of the wheat growing.

Bonus factors to consider: what about the bread’s packaging – is it paper or plastic? It then needs to be transported to the store, where electricity keeps the lights on and check-outs operating.

Time to add your contribution to this 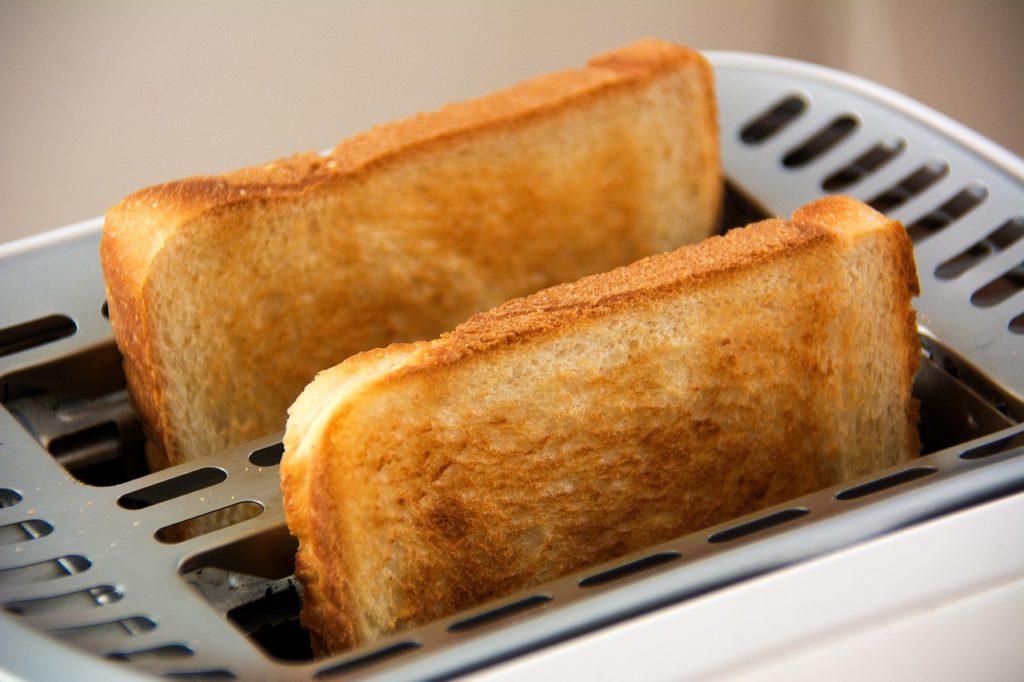 Allow us to propose a toast…

Got a hankering for bread? It’s time to go to the shops! But will you walk, catch public transport, or drive yourself? Also, will you nip down to the shops just for the bread loaf; or will you go for your one big weekly shop? The latter will spread the environmental impact across multiple grocery items.

Back at home, if you toast your bread – versus eating it fresh – you’re using around 1000 watts of electricity, which is about 12kg of CO2 yearly if you eat toast for breakfast every morning, or about 30g of CO2 for two slices of toast.

Adding a spread on your bread also impacts on your bread’s carbon emissions. Remember the sugarcane we mentioned earlier? Having a jam or preserve with added sugar will increase the impact compared to other spreads. Oh, and do you like to butter your bread? That’ll be around an extra 125g of CO2 per slice (15 grams of butter).

Ultimately a loaf of supermarket bread can cost your hip pocket anywhere from $1 to $8, and the total environmental cost across the entire life cycle (from farm to tummy) may vary by about as much. But if we crunch the numbers, a reasonable assumption is around 550g of CO2 per loaf, or some 25g per slice, before you’ve even touched it. So don’t overdo it on the butter!

This story is going off

But it turns out the worst thing you can do after buying a loaf of bread is… nothing.

Just think about all the time, effort and resources that went into making that tasty, fibrey goodness. After adding up all those factors from the farm to your pantry, the worst thing you can do is let any food go to waste and throw it out.

So the first step to making sure your loaf of bread has a big environmentally friendly green tick? Don’t let it turn green and mouldy.

Tuck into more of our tasty science