Future foods could make you healthier, and the planet greener

Future foods could make you healthier, and the planet greener

Could future foods such as insects, seaweed and lab-grown meat feed us in both an environmentally sustainable and healthy way? 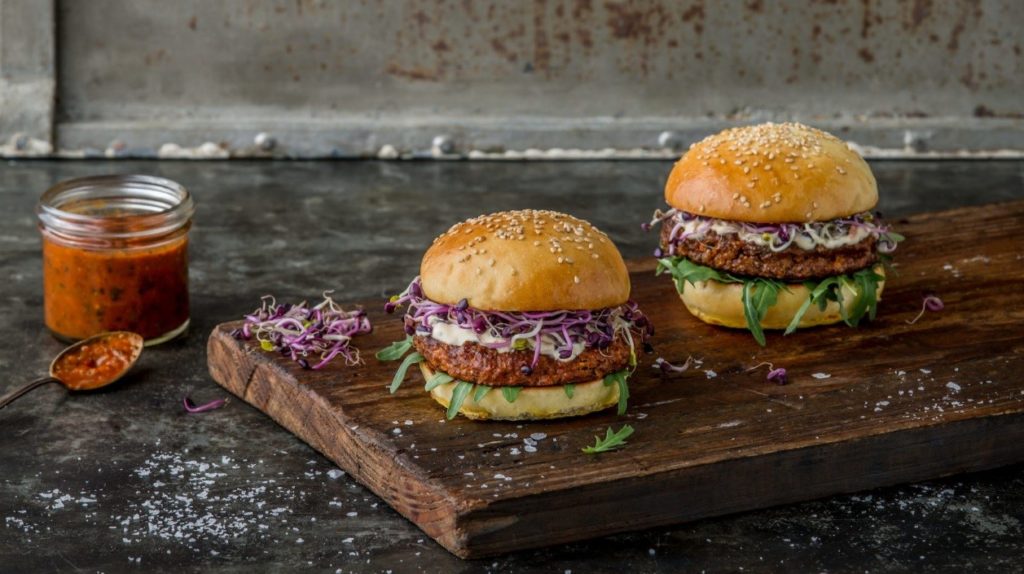 Hamburger made from mealworms, anyone? Photo credits: Tina Sturzenegger / Essento

Agriculture and livestock production can be land intensive and environmentally harmful, but with our growing population, we need nutritious food to keep people healthy. Take cattle for instance: they fart and burp methane (a potent greenhouse gas), and land is regularly cleared for grazing – both not good things. But the counter-argument is that meat production plays an important part in providing people with important nutrients like proteins, essential fatty acids, minerals and vitamins. Meanwhile, plant-based foods do not always contain these nutrients, and to feed the world’s growing population extra land would need to be cleared for crops as well.

Are there future alternatives that could be both more environmentally friendly and healthier? Our researchers are looking into alternative foods, called ‘future foods’, such as insects, seaweed and lab-grown meat to see if they could feed us in both an environmentally sustainable and healthy way.

Future foods could be healthier for us

New research published in Nature Sustainability shows that health concerns around replacing animal-sourced foods are largely unwarranted. Future food alternatives to beef, pork, chicken and fish have comparable levels of protein and zinc. They also largely have higher levels of other nutrients such as calcium, vitamin A and iron.

Fair enough if you’re a little hesitant at the thought of eating insects. But in many parts of the world, they’re actually a sought-after delicacy, and around two billion people engage in daily entomophagy (the term for eating insects).

But the study stresses that future foods would form part – not the bulk – of a balanced diet. So don’t stress at the thought of needing to eat cupfuls of insects each day to get your health kick.

The amount of land required to produce a daily recommended intake of various future foods was generally much smaller. Put into perspective, the livestock sector currently uses about 40 per cent of the world’s arable land. Most future foods would only need a fraction of that. However, it must also be remembered that some areas in the world are unsuitable for growing crops. In these areas, livestock rearing is the only option for many people to find employment and sustain themselves.

Future foods also have the potential to be generally less greenhouse gas intensive. We say generally because it all depends on your energy source. Future foods tend to be fairly energy intensive to produce and process, so the catch is that you’d need to be using renewable energy to help make the food.

If you’re curious about trying out these future foods, the good news is that with the exception of cultured meat/lab-grown protein, they’re already commercially available to try. So why not explore the future food possibilities for yourself?

Want to know the latest in global food innovation?

Previous post:
Keeping track for the European Space Agency
Coming up next:
Why naming all our mozzies is important for fighting disease