Spotted Handfish: the darlings of the Derwent

Spotted Handfish: the darlings of the Derwent

The Spotted Handfish is a bizarre, odd looking walking fish, and unfortunately it's critically endangered - we're looking to change that. 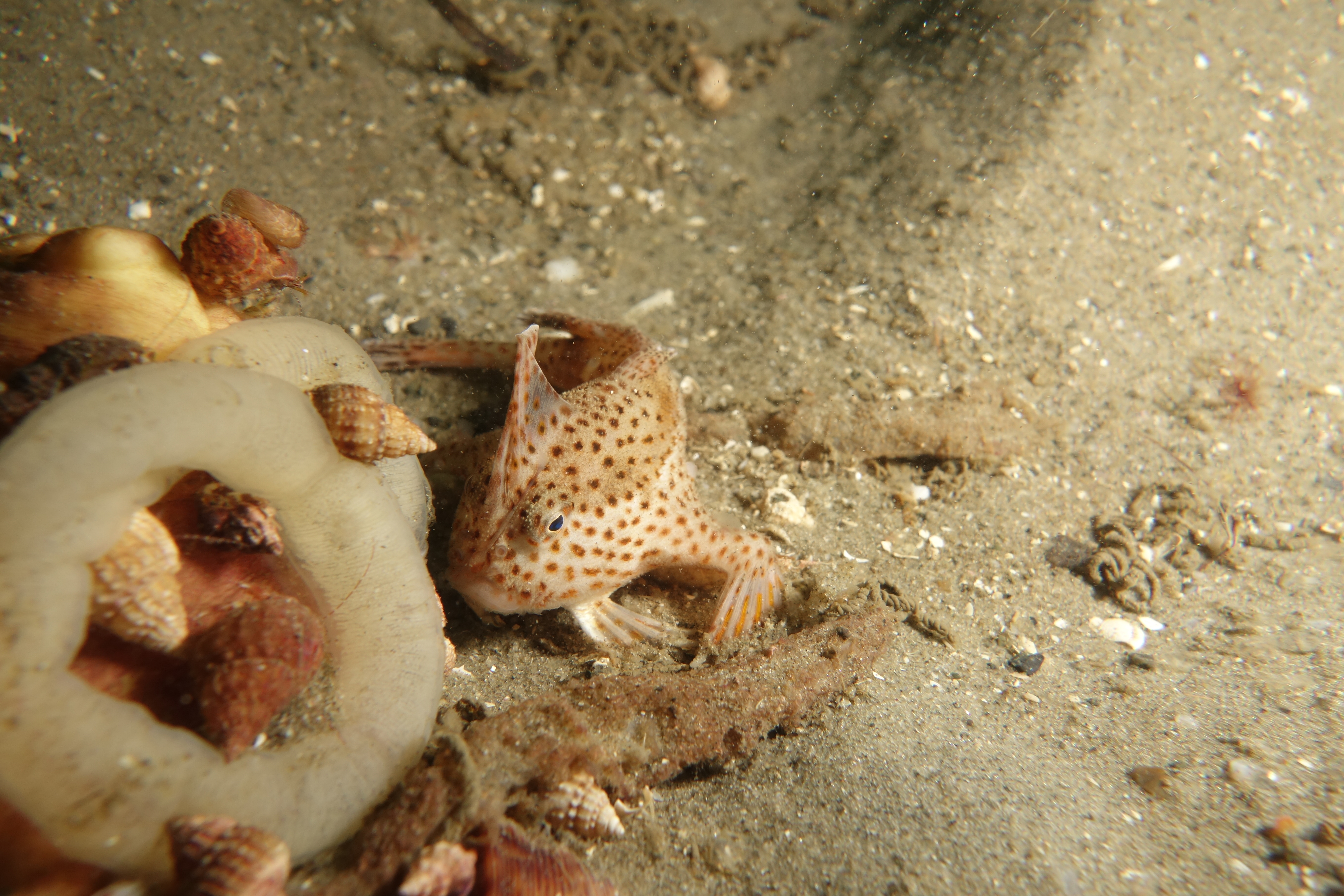 Don’t be shy little handfish, you are much loved.

A fish that prefers to walk on its ‘hands’ rather than swim is one of the few species that has survived totally unchanged, since dinosaurs walked the earth. Fifty million years ago, handfish were found trotting across the rivers of the world, but now these shallow bottom dwellers are some of the rarest animals on Earth.

The Spotted Handfish, with its unusually large overgrown pectoral fins that look like hands, is the darling of the Derwent estuary and the hero of Hobart. We’re not being hyperbolic. This bizarre fish is an icon in Tassie, so much so that renowned winter art festival Dark MOFO, commissioned Balinese artists to create a giant papier-mâché sculpture of the handfish, known to all as “Jessica the Handfish” or ogoh-ogoh.

Inside the sculpture people had written down their hopes and fears. When Jessica was set alight at the end of the festival, so too were many of Hobart’s fears. This was a truly spectacular celebration of a special fish. Sadly the fiery demise of Jessica mirrors the loss of the handfish which is now, tragically, on the critically endangered species list.

While the handfish may have survived mass extinction events and ice ages, more recent human incursions from pollution, dredging, introduced species and coastal development have cutback their habitat to just nine sites in the Derwent estuary. So why did they end up surviving down here? Well, that’s the $50,000 dollar question.

Along with our partners at the University of Tasmania (UTAS), we’ve been monitoring these quirky animals for many years. And we continue to do so with support from the Threatened Species Commissioner and funding through the Australian Government’s National Landcare Programme.

But what does monitoring a handfish actually look like?

Our team popped on some fluffy onesies underneath our thick dry suits and proceeded to dive into the cool winter waters of the Derwent estuary. There, we conducted the first ever survey of all nine local populations of the Spotted Handfish. Battling what could only be described as ice cream-like headaches, we completed multiple daily dives at each of the sites for the last three months, to get up close and personal – close enough for a high-five. 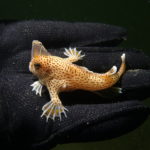 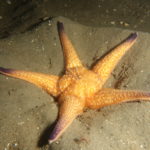 Meet the enemy. The North Pacific sea star is an introduced species, and it is causing havoc for the handfish’s habitat. 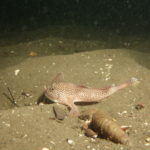 Off for a trot. Those handfish are made for walking. 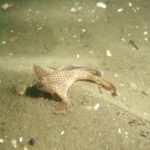 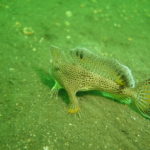 Don’t make the handfish angry, you wouldn’t like it when it’s angry! 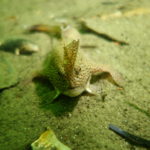 Give us a smile, this is your close-up after all. 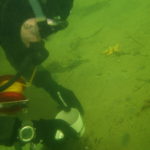 It’s a cold and murky job. Lincoln Wong (UTAS) takes a sediment core next to a handfish to assess habitat preferences. 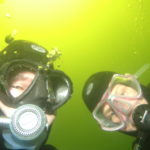 You can see the joy in their eyes. Tim Lynch (CSIRO) and Lincoln Wong (UTAS) hanging at the safety stop.

So far we’ve found handfish at all of the known sites, many with higher than expected numbers. This is great news. However, at several sites the handfish don’t appear to be as densely populated as we once thought.

Unlike other fish, handfish care for their eggs during the gestation period. These protective parents guard their eggs, which cling to stalked ascidians for up to six weeks, keeping a close eye on them till they hatch. Sadly, stalked ascidians are a favourite food of an introduced species, the North Pacific sea star. The handfish’s ongoing battle for survival will continue as long as these villainous sea stars live in the estuary.

The joint CSIRO/UTAS team is about to get back into the water and help the Spotted Handfish by planting 1000 artificial spawning habitats. These are inedible to the starfish and provide much needed places for the handfish to attach their eggs.

Handfish are like rare jewels when you find them on the sea floor and, besides their beauty, they can tell us a thing or two about resilience and survival – it is in our best interests to make sure they thrive and remain a talisman for Hobart and handfish aficionados around the world.

Find out how we’re protecting marine creatures through our National Fish Collection.

Previous post:
NASA serves up a new dish for our deep space complex
Coming up next:
Diving for treasure to help protect the world’s great reefs