We celebrated National Science Week in August! How much did you learn about our deep blue oceans and space? 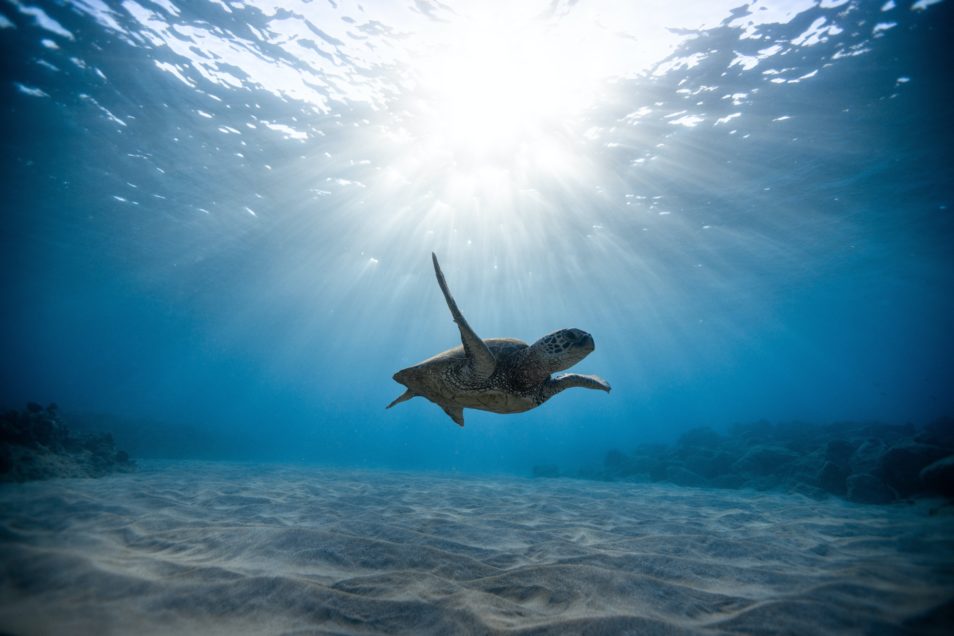 We celebrated National Science Week in August – and what a week it was! We took a deep dive into the ocean theme and explored some swell science happening above and below the waterline.

Were you paying attention this month? Put your science knowledge to the test with our special National Science Week quiz.

#1. RV Investigator crew took us on a virtual tour of our research vessel in August. Where was the boat docked during their Facebook Live?

Our Research Vessel Investigator was docked in Hobart. Our crew did two virtual tours – one above the deck and one below the deck – in the lead up to National Science Week. Check out the two videos on our Facebook page.

#2. A new study has revealed the lifespans of five species of marine turtles. What is their age range?

This new study found lifespans of five species of marine turtles range from 50 to 90 years. Read our ECOS article about this research.

#3. How many mushroom corals can be found on Ningaloo Reef?

There are 12 million mushroom corals at Ningaloo Reef, Western Australia. Read more about our discoveries at Ningaloo.

#4. We recently helped launch of the Earth Challenge 2020 app. What can you take images of and upload to the app?

We’re aiming to better our understanding of how much plastic pollution is really out there. Read about the Earth Challenge 2020 app and get involved!

#5. What was the theme of this year's National Science Week?

The theme of National Science Week 2020 was Deep Blue: innovations for the future of our oceans. This theme celebrated innovative technologies, skills and capabilities needed to achieve economic, environmental and social sustainability of our oceans.

#6. A newly discovered species of Polychaete worm has been named after us. It looks like a prawn cutlet. What's its official name?

Gesaia CSIRO is one tasty looking bristle worm! If you’re hungry for more info head to our Facebook to watch the video.

#7. One of our scientists is working from home in Bicheno, Tasmania. Which animal has she been studying?

Our researcher Cathy Bulman is working from home studying Little Penguins in her backyard. Read her story.

#8. Our Parkes radio telescope was recently added to Australia's National Heritage List. How wide is The Dish?

The Parkes radio telescope measures 64 metres across and its basic structure remains largely the same as when it started operating in 1961. We count down the top 10 moments of The Dish.

#9. How many populations of white shark are there in Australia?

#10. During National Science Week we posted a picture of a wombat strolling along the beach. Where is that beach located in Victoria?

A wombat was spotted strolling along a beach at Wilsons Promontory, the southernmost tip of mainland Australia.

How did you go in the quiz?

Please let us know in the comments below.

Until our next quiz, keep up-to-date with our work by subscribing to our blog.

Learn more about our oceans and atmosphere research