White sharks are an elusive marine top predator. But researchers are improving their knowledge and busting shark myths with scientific facts. 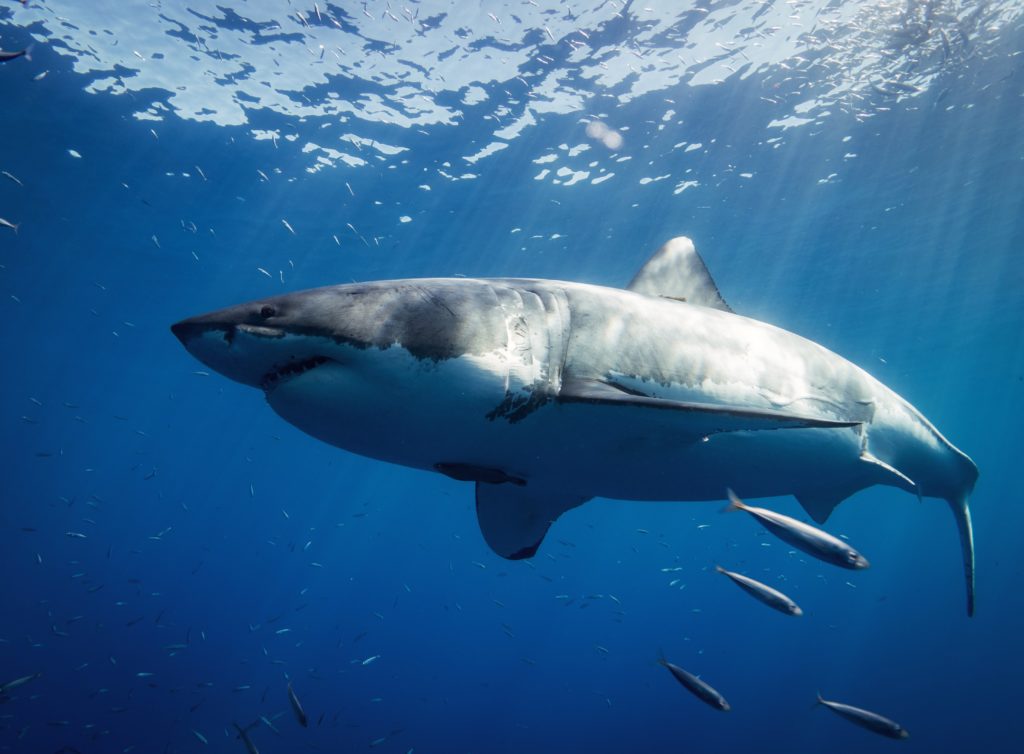 Sharks. The word alone can conjure up a mixed response. Whether it’s the diversity of Australia’s endemic shark species, their villainous portrayal in popular culture, or the grief felt when an attack occurs, sharks elicit a response unlike any other land or sea creature.

There are so many myths surrounding white sharks. But what about the science? What scientific research do you think of when talking about white sharks?

We’ve been progressing knowledge on white sharks for decades. And while we can’t profess to solving all the complex riddles that the species throws at us, we can tell you what we know today.

So next time sharks come up in conversation, go beyond fiction and consider these four scientific facts. 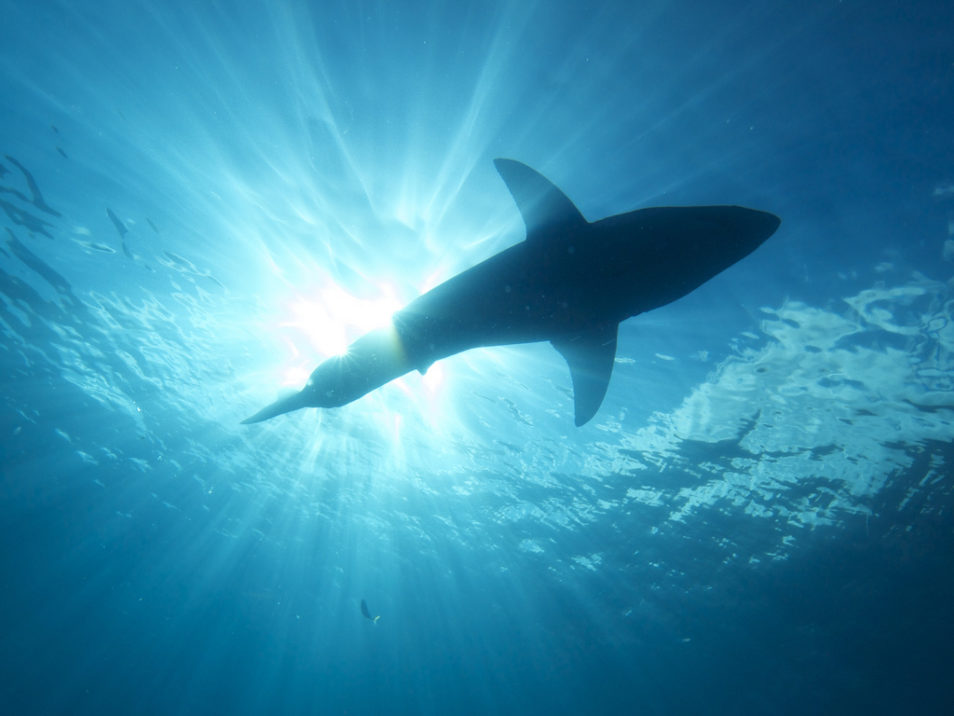 Information about white sharks has been elusive, but our research provides insights into their population and movements.

We have developed the best-known method for counting white sharks

Counting white sharks in our oceans is no mean feat. White sharks are elusive, wide-ranging around Australia’s coast, and mostly live in relative isolation from each other.

That’s why scientists have been on the case for decades. They use innovative new tools to build knowledge and collect data to establish a baseline understanding of the species in Australian waters.

Adding up white shark sightings along the coast does not lead to a scientifically robust estimate of how many sharks there are in the population. So our scientists use other ways – but it’s not easy!

A common way to count animals is to capture some, mark them with tags, and release them. Then repeat the exercise. The number of ‘marked’ animals re-captured compared to the number captured overall allows us to estimate the total number using established statistical methods.

But what if you can’t reliably catch, or even see, the animals that you want to count? Like adult white sharks?

Introducing close-kin mark-recapture. It’s a breakthrough, world-first genetic mark-recapture analysis technique that lets us estimate how many adult white sharks are out there.

How? We collect tissue samples from the juvenile white sharks that come together along Australia’s east coast each year. Then we create a unique genetic profile and compare that to all the other white shark profiles in our growing database to find family relationships. In this way, the offspring ‘tag’ their parents, so we don’t have to find them to count them. It’s like Ancestry.com for sharks!

Using this knowledge of shark sibling or parent relationships, we apply our innovative statistical methods to estimate the adult population.

We combine this genetic technique with data from juvenile white shark tagging programs to estimate juvenile survival rates and combine with other biological information. This information lets us estimate the abundance of the entire population, as shown in the figure below. 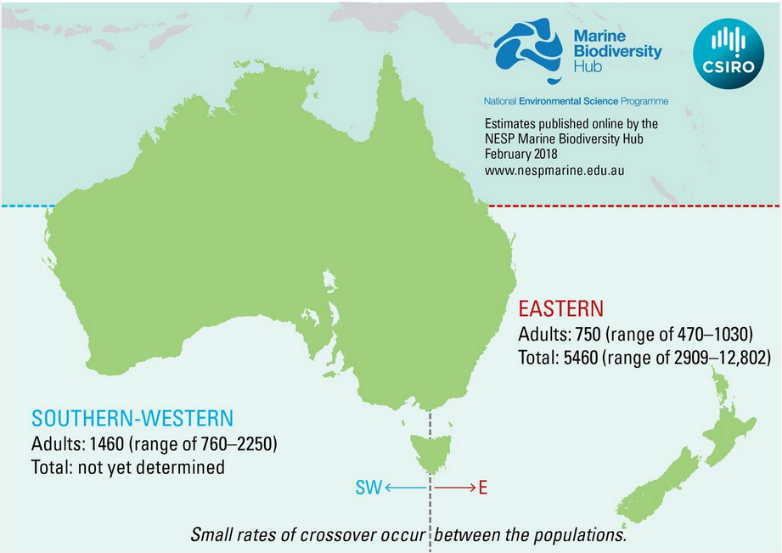 There are two distinct populations of white shark in Australia

Our genetic analysis, conducted with The University of Queensland, and satellite tracking has revealed there are two white shark populations in Australia.

Occasionally, sharks will cross over this boundary. But we don’t tend to find related sharks between western and eastern Australia. The population is essentially split by Bass Strait. Bass Strait is a common boundary between populations of other species of sharks, finfish and invertebrate species in Australian waters.

Seeing white sharks relatively often, combined with people talking about white sharks a lot, can give the impression that there are suddenly a lot more sharks out there. However, there are several biological characteristics of white sharks that prevent their numbers from simply ‘booming’ overnight.

White sharks are late bloomers. Females reach their sexual maturity after at least the age of 16. This means, before white sharks can successfully breed, they need to survive over a decade of natural and human threats first.

An adult female white shark doesn’t have many pups. They mostly pup at two to three-year intervals, with a gestation time of 18 months. White sharks ain’t no rabbits.

The abundance of white shark prey, such as finfish, stingrays and seals, may change through time. But due to white shark’s low rates of reproduction and the small breeding population, increases in prey does not rapidly increase the total number of white sharks in our seas. 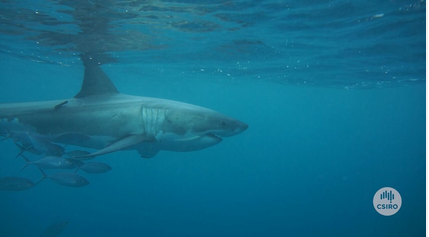 White sharks reach sexual maturity at a late age and are slow to reproduce.

White sharks are present in Australian waters all year

There are known hotspots that juvenile white sharks visit annually. But individual sharks vary their movement throughout the year. Tagging and observational data show they can be located anywhere in their known range at any time of year.

So, could we see a white shark off the north coast of Tasmania during winter? Yes. What about along the coast of northwest Western Australia during spring? Yes.

An active area of our research is to understand the seasonal and year-to-year variations in shark movement patterns. At the moment, it’s poorly understood. But it’s likely to include certain environmental factors in the physical ocean environment which influence prey distribution.

What we do know for sure is that white sharks can tolerate a wide temperature range. Our research shows animals moving from very cold temperate water around Macquarie Island to warm tropical water off Papua New Guinea.

Ultimately, short-term increases or decreases in local sightings, encounters and shark attacks are themselves poor predictors of shark population status.

Being an elusive ocean top predator, the facts about white sharks are hard to discover. It takes a long time to accumulate the data, and so these shark myths can be hard to bust.  Our scientists and collaborators are working hard to fill knowledge gaps and replace the myths with knowledge you can rely on.

Shark science at your fingertips.

Previous post:
We each get 7 square metres of cropland per day. Too much booze and pizza makes us exceed it
Coming up next:
Science in lockdown: monitoring our sea animals during the pandemic