Our Parkes radio telescope, or 'The Dish', is the first functioning scientific instrument to join Australia's National Heritage List. 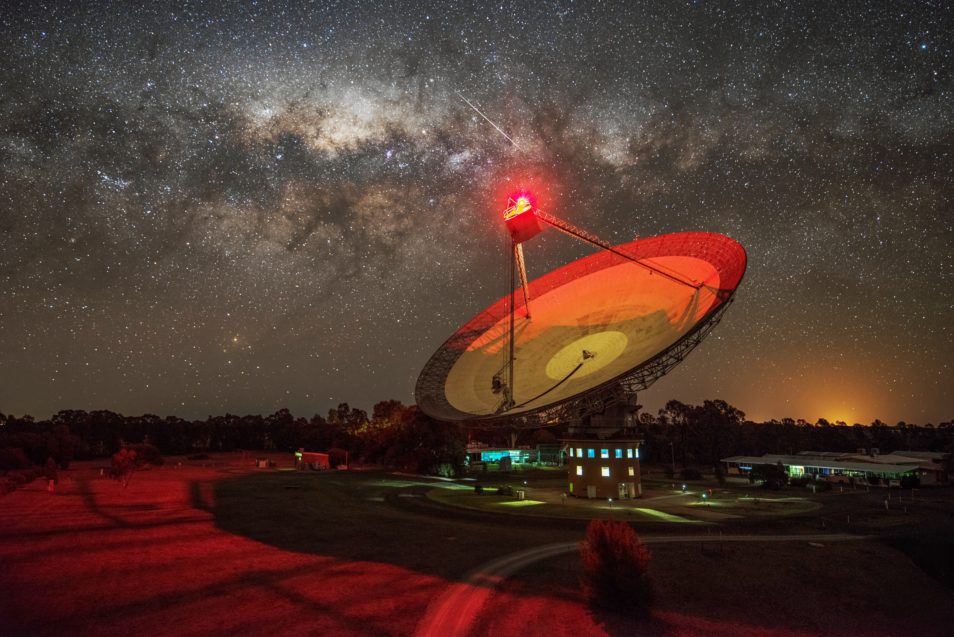 A large dish-like telescope lit up with a red light, and a starry night sky above.

You probably know the Parkes radio telescope for its starring role in the Australian film The Dish. The film fictionalised its part in sharing the Apollo 11 Moon landing with the world.

The telescope was built in a sheep’s paddock in 1961. NASA’s inspirational mission to the Moon was in July 1969. During the past 60 years, the telescope has had a strong track record of achievement. And in August 2020, The Dish was added to Australia’s National Heritage List.

The telescope took five years to design and build. It’s home is near the town of Parkes in the Central West region of NSW. We chose the site due to its distance from radio frequency interference, which large cities like Sydney cause. The design was ahead of its time. It was one of the first radio telescopes built to be both large and manoeuvrable.

The telescope’s basic structure today is largely the same as when it started operating in 1961. However, we have regularly upgraded many of the telescope’s systems – its control system, focus cabin, computers, cabling and receivers. We’ve created new technologies in the process and exported them to other observatories around the world.

These continuous upgrades mean the telescope’s sensitivity is more than 10,000 times greater than when it was first built. Australian and international researchers continue to use the telescope. It operates 24 hours a day, seven days a week. All in the search for answers to some of the Universe’s greatest scientific questions.

The Dish has now joined the National Heritage List. This is in recognition of the telescope’s contribution to Australian astronomy and humankind’s understanding of the Universe. It’s the first functioning scientific instrument to join the list.

Top 10 moments for The Dish

Over the past six decades, our Parkes telescope has contributed to many scientific achievements. Here are 10 discoveries that have increased humankind’s understanding of the Universe.

We now know quasars are extremely massive and remote celestial objects that emit huge amounts of energy. They can shine up to a trillion times brighter than our Sun! In 1963 they were a baffling mystery. Observations by our Parkes telescope, using the method of lunar occultation, played a crucial role in unmasking the true nature of quasars.

In 2004, the telescope was used to find a double pulsar, which has allowed some of the more stringent tests of Einstein’s theory of general relativity. 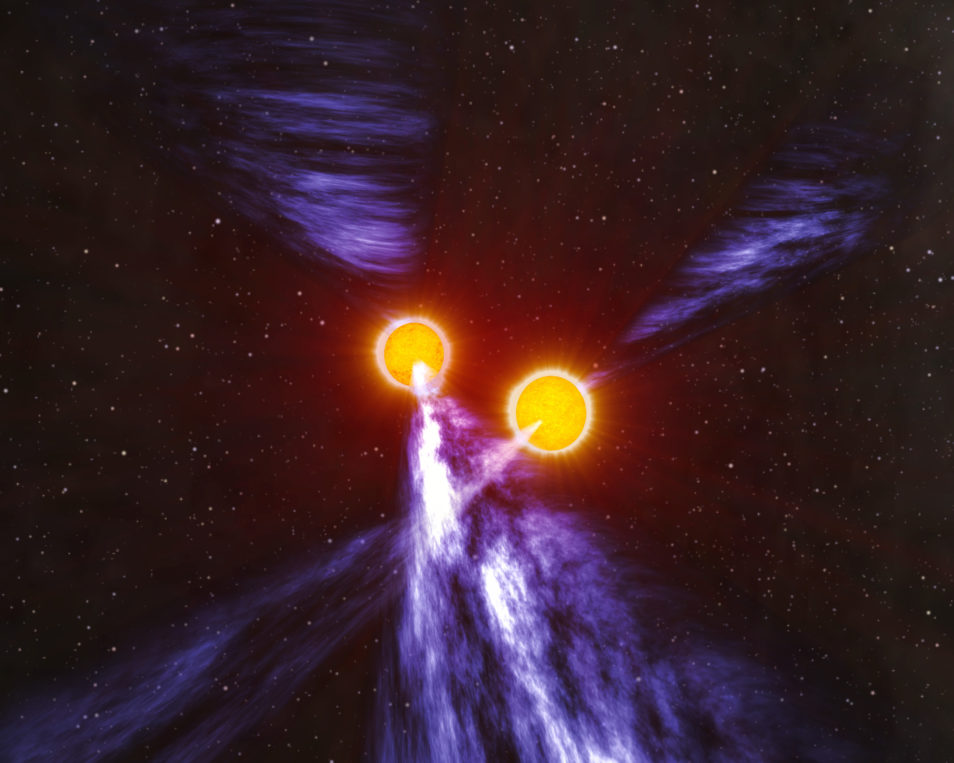 The first fast radio burst was first discovered in 2007, in the telescope’s data archive. Fast radio bursts (FRB) are millisecond-long flashes of energy equivalent to the amount released by the Sun in 80 years. Fast radio bursts are yet to be explained. Our researchers, and others around the world, are racing to explain the phenomenon.

Astronomers discovered the Magellanic Stream using Parkes radio telescope in 1973. This is a huge cloud of gas arching around our own Milky Way galaxy. The stream is 300,000 light-years long. Researchers think is is the result of an interaction between two dwarf galaxies and the Milky Way.

While other telescopes could only view a single point on the sky, our Parkes telescope was able to view 13 areas of the sky at once. We designed, built and deployed a world-leading multibeam receiver system on Parkes in 1997. This system led to the discovery of more than 900 pulsars, tiny spinning neutron stars formed in supernova explosions. The telescope used this technology to more than double the total number of known pulsars.

The galactic magnetic field was first discovered by researchers using the Parkes telescope in 1962. They found it was an astonishing one million times weaker than the magnetic field here on Earth.

Parkes radio telescope has discovered hundreds of new galaxies. Each of these galaxies can contain billions of stars.

The strongest known Einstein Ring was identified in 1991. Researchers discovered it using a network of telescopes including Parkes. An Einstein Ring is created when two galaxies are almost perfectly aligned, one behind the other. This specific Einstein Ring played a part in measuring how the Universe is expanding.

In 2016, the Dish supported the discovery of a chiral molecule outside of our Solar System. Like human hands, certain molecules have mirror-image versions of themselves, known as chirality. Scientists believe solving the mystery of these ‘handed’ molecules could go a long way towards determining the origin of life on Earth.

Researchers primarily use Parkes radio telescope for radio astronomy. But its large dish surface has made it valuable for tracking spacecraft exploring our Solar System. In 1962 it tracked the first interplanetary space mission, Mariner 2, as it flew by the planet Venus. In 1969 it was a prime receiving station for the Apollo 11 mission to the Moon. The telescope recently support the Canberra Deep Space Communication Complex in tracking NASA’s Voyager 2 spacecraft as it entered interstellar space.

Visit the Dish! Visitors are welcome to our Parkes Observatory, which is open with COVID-19 precautions in place

Previous post:
We can’t let STEM skills become a casualty of COVID-19
Coming up next:
Carbon dioxide levels over Australia rose even after COVID-19 forced global emissions down. Here’s why