Itchy, scratchy and unironed: Life before our quirkiest inventions

Itchy, scratchy and unironed: Life before our quirkiest inventions

Humblebrag warning! We're the reason you're not mauled by mozzies. And that you can put your money through the wash (not in the money-laundering sense). So how much do you know about our quirkiest inventions? 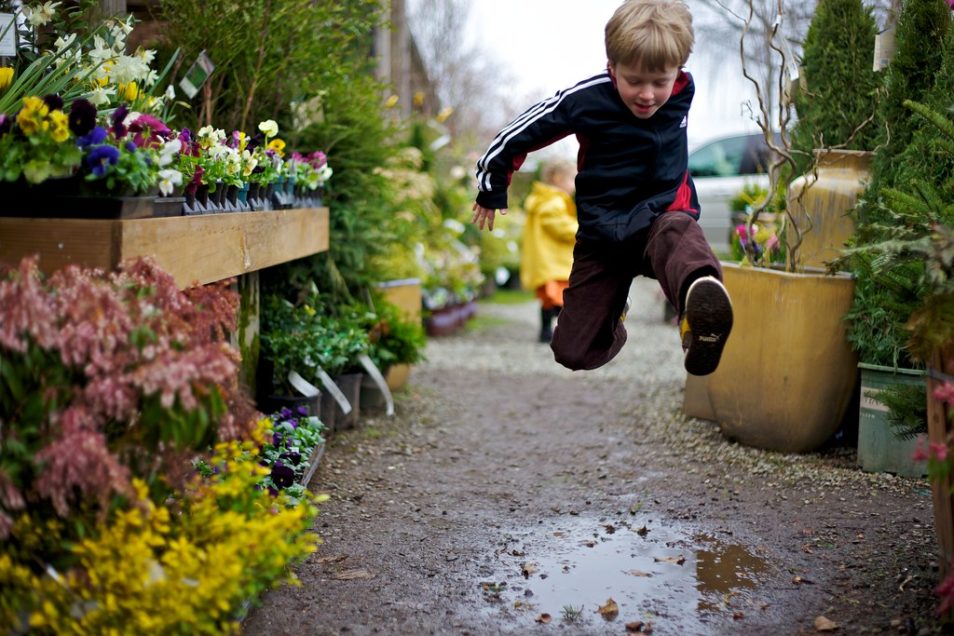 Boy jumping in a puddle

Do you know that smell before rain? Our scientists invented the word ‘petrichor’. Image: Clappsta via Flickr.

You probably know that we invented WiFi (you’re welcome) and the world’s first effective influenza treatment. But how much do you know about some our less mainstream inventions?

Paul Kelly starts his song with a story.

“I want tell you about a beautiful word, petrichor, which means ‘the smell of rain’. It was invented by two Australian scientists about 50 years ago. I love the word so much I put it in a song.’

Petrichor is a beautiful word. And Paul Kelly was on the money: the term was invented by two of our scientists, Isabel Joy Bear and Richard Grenfell Thomas.

For years, they’d been trying to identify the cause for this well-known phenomenon. Then, in 1964, they had a breakthrough. They published a paper in Nature describing how the smell comes from an oil exuded by certain plants during dry periods, which is absorbed by clay-based soils and rocks. When it rains, this oil is released into the air, from the wet soil, along with another compound, geosmin.

The word is derived from the Greek ‘petra’ (stone) and ‘ichor’ which, in Greek mythology, is ‘essence’, or the ethereal blood of the gods.

Singing in the rain: unearth more about this song-worthy scent. 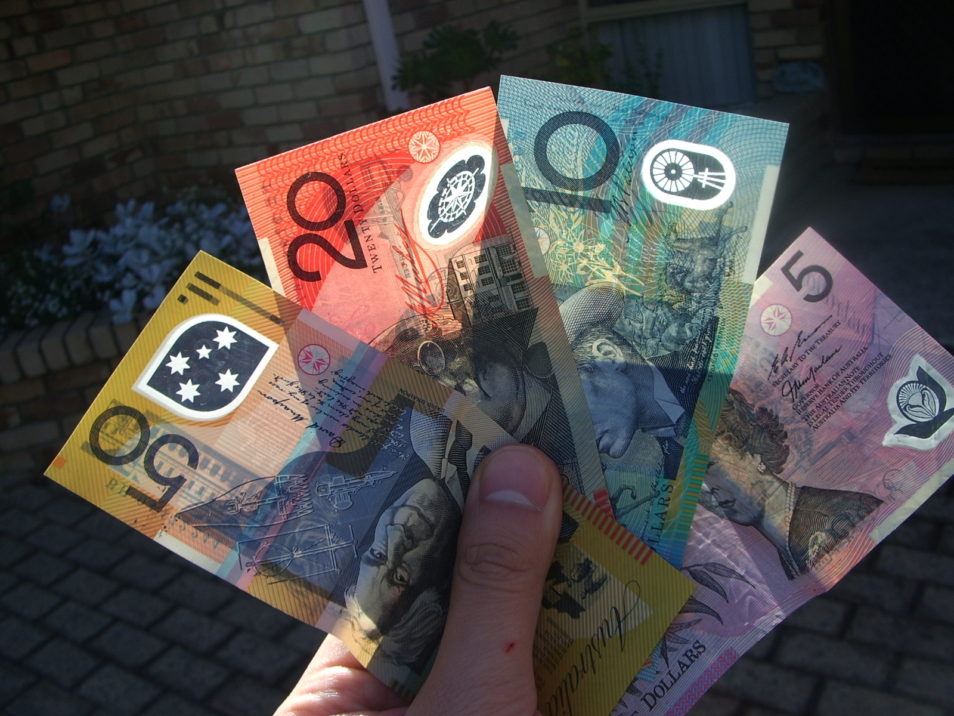 Australia was the first country to have a complete set of plastic currency in 1996. Image: Will via Flickr.

Traditionally, bank notes are made from paper, cloth fibres or a combination of both. These materials are easier to counterfeit, and they’re prone to being ripped or spoiled.

In 1996, we became the first country to have a complete set of plastic currency. Plastic currency is now used in more than 30 denominations around the world – from Papua New Guinea to Canada, from Brunei to the Maldives.

Our bank notes are made from a special polymer which, along with a series of in-built security devices, makes them almost impossible to counterfeit. They also last about 10 times longer than traditional bank notes. (Imagine all the lobsters and pineapples that would have been forever lost in the wash, without plastic money. We shudder to think!)

Cash in on our (plastic) dollar-dollar-bills, ya’ll.

3. “Urgh. I can’t keep covering myself in mud to ward off mozzies” (We invented Aerogard) 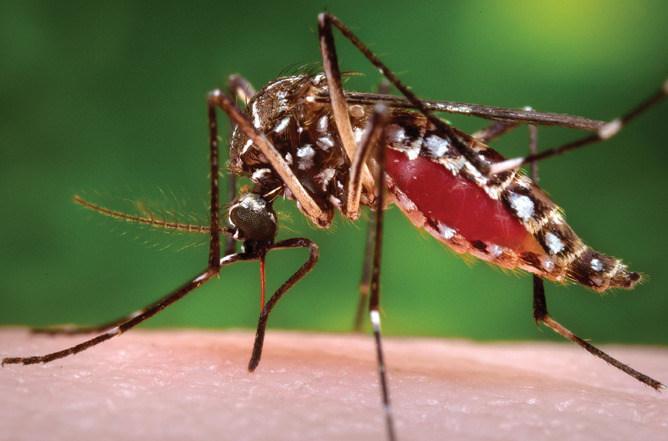 Supplied photo obtained Thursday, Aug. 25, 2011 of a regular female Aedes aegypti mosquito in the process of acquiring blood from her human host. Australian researchers have announced the results of their work into modifying and releasing mosquitoes into people?s gardens in a bid to combat dengue fever. (AAP Image/James Gathany) NO ARCHIVING, EDITORIAL USE ONLY

Mosquitos adapt easily to urban environments, preferring to stick close to hubs of human activity where there is plenty to eat.
James Gathany/AAP

Cover yourself in mud. Eat Vegemite. Lather on some vinegar. Imagine a world without Aerogard.

Now imagine a visit from the royal family… where the Queen is covered in flies and peppered with mozzie bites.

Thankfully, we invented Aerogard well before Queen Elizabeth II visited in 1963. When the Queen arrived at Government House, the staff made sure she was liberally sprayed with our insect repellent before heading off for a game of golf. Tallyho!

The journalists following the Queen notice something curious: there were no flies around the official party. Word about our new fly-repellent spread faster than a bunch of blowflies around a barbecue. Soon, the spray became a household name.

But our scientists had been working on the insect repellent years before Lizzie’s visit.

Flies, mosquitoes and other winged insects are not just irritating, they can carry diseases and infect both animals and humans. Way back in 1938, our scientist Doug Waterhouse was working on a repellent to tackle the sheep blowfly, but with the arrival of World War II, he turned his attention to protecting allied troops from mosquitoes (and malaria). By 1943, his repellent (referred to by the troops as ‘Mary’), had been widely deployed across the Pacific.

A few days after Queen Elizabeth II’s visit in 1963, Australian insecticide company Mortein called Doug Waterhouse to ask for the formula. He gave it away freely, as was our policy at the time. Soon, Aerogard was in most Australian homes.

Buzz on over to find out how we created the ‘avagoodweekend’ spray.

4. “If I have to iron another pleated skirt, I’ll eat my hat…” (We invented permanent-crease clothing) 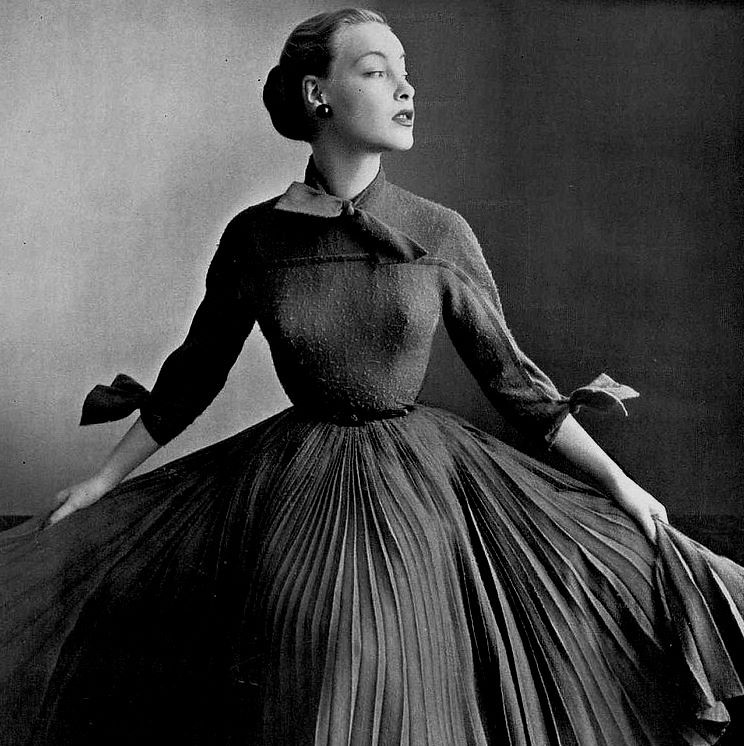 A woman in a pleated dress

We invented a way to permanently pleat fabric. Image: Kristine via Flickr

In 1957, we invented a permanent pleat for fabrics (yep, we’ve saved you all that ironing). The process is called Si-Ro-Set, and the technique uses chemicals to permanently alter the structure of wool fibres so they can be set with heat. This technology allowed for fashion innovations such as permanently pleated skirts.

The researchers later extended this work to develop the first non-iron process for wool fabrics. Now our researchers are working on developing cotton breeds to make breathable, iron-free cotton garments.

Cotton on to our cotton with the benefits of synthetics. 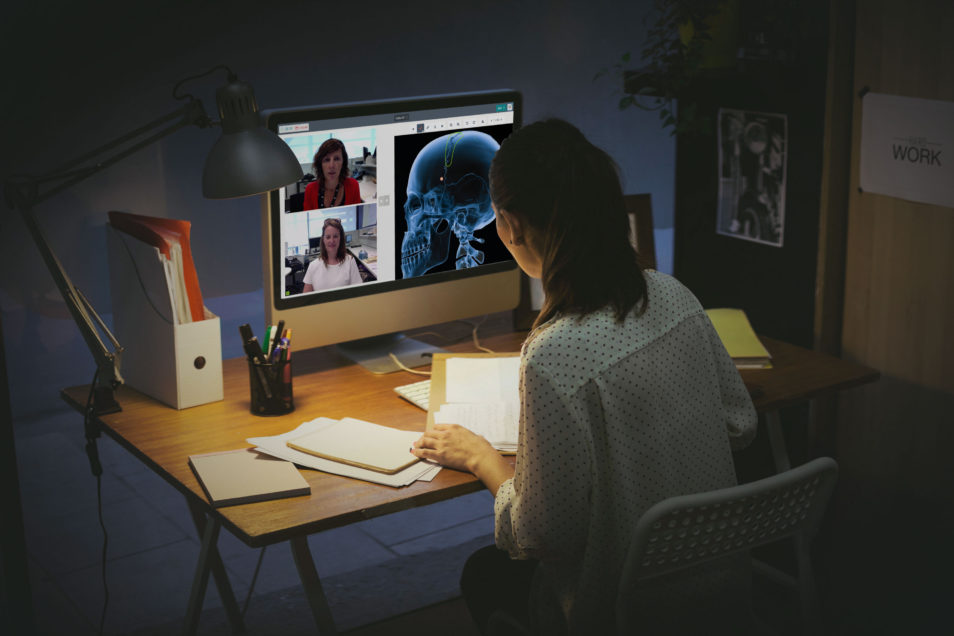 A woman using Coviu - looking at a screen

As the saying goes, ‘An app a day keeps work injuries at bay’.

In 2015, our staff at Data61, created Coviu (pronounced ‘co-view’). It’s a real-time video platform that connects patients with health professionals, through virtual appointments.

So far, Coviu has connected 20,000 Aussies to healthcare practitioners through partnerships with organisations including Health Team Australia, HealthKit and Ramsay Healthcare. The platform is ideal for people in rural and regional Australia who cannot travel for treatment, and it has also been commercialised in China.

If these inventions intrigued you, tune into Australia by Design on Channel 10, at 2.30pm on Sundays (and available on tenplay).

The show explores the beauty and creativity of extraordinary innovations in Australia. Coviu is one of the inventions showcased on the show. Plus, the show’s host, Jamie Durie visited our Sydney offices, and our Energy Centre in Newcastle to film all things Solar Thermal Energy.

We’re proud to say our very own Dr Toni Moate (Director of National Collections and Marine Infrastructure) is a judge on the expert panel. At the end of the program, the panel will decide which of the showcased innovations will be ‘Australia’s top innovation of the year’. Who will it be? Tune in to find out!

Advertisement for Aus by Design show on Channel 10