Home and array: Investigator shedding light on the EAC

Home and array: Investigator shedding light on the EAC

RV Investigator has returned from the East Australian Current to uncover the latest data from one of our fickle ocean features. 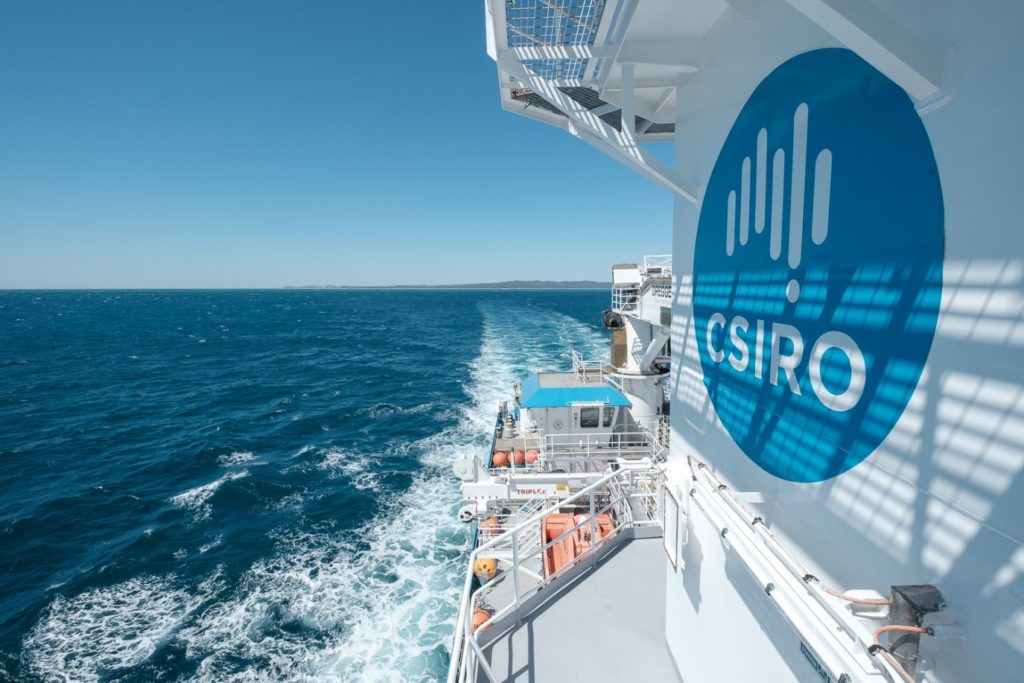 Our RV Investigator leaves the shelter of Moreton Bay, steaming for the core of the East Australian Current. Photo: Dr Thomas Moore

Australia is an ocean nation – we’re girt by 10 million square kilometres of water. Whether you live near the coast or far from the shore, there’s no doubt the oceans are central to your life. From our weather and climate, to our food and energy, right down to our overall lifestyle and wellbeing.

But much of our surrounding ocean and our four major currents, including the East Australian Current (EAC) remain a mystery. Therefore, scientists are getting out there to see what it’s all about.

Deepening our understanding of these colossal currents is core business for the Integrated Marine Observing System (IMOS) and its Deep Water Moorings Facility, led by our very own Dr Bernadette Sloyan.

Wait – what exactly is the EAC?

Bernadette and her science and engineering team have been continuously observing a key slice of the EAC since 2015. We chatted to the Bernadette to break down what the EAC is all about. She’s just returned from a three-week voyage aboard our research vessel Investigator in the Coral Sea.

“The EAC is the largest ocean feature off Australia’s east coast,” Bernadette said.

“Changes in the EAC just beyond our beaches impact our coastal industries and communities. Over in Australia’s regional and rural centres, life beats to a drum of climate conditions that is partly influenced by our dynamic ocean and its relationship with the atmosphere.”

From Queensland to Tasmania, the powerful EAC is up to 100 kilometres wide, 1.5 kilometres deep. And it can carry up to 40 million cubic metres of water each second. In other words – that’s 70 billion pint glasses, refilled sixty times a minute – it’s HUGE!

Bernadette explained that the EAC serves an important role beyond its powerful flow.

“It acts as a kind of salty delivery van for the warmth that drives our climate and nutrients that fertilise ocean ecosystems,” says Bernadette.

“The EAC is also very fickle, hugging the coast one day and then flowing hundreds of kilometres out to sea the next. This unstable behaviour renews fish stocks, impacts water quality and weather, and sets the water temperature for swimmers and surfers.” 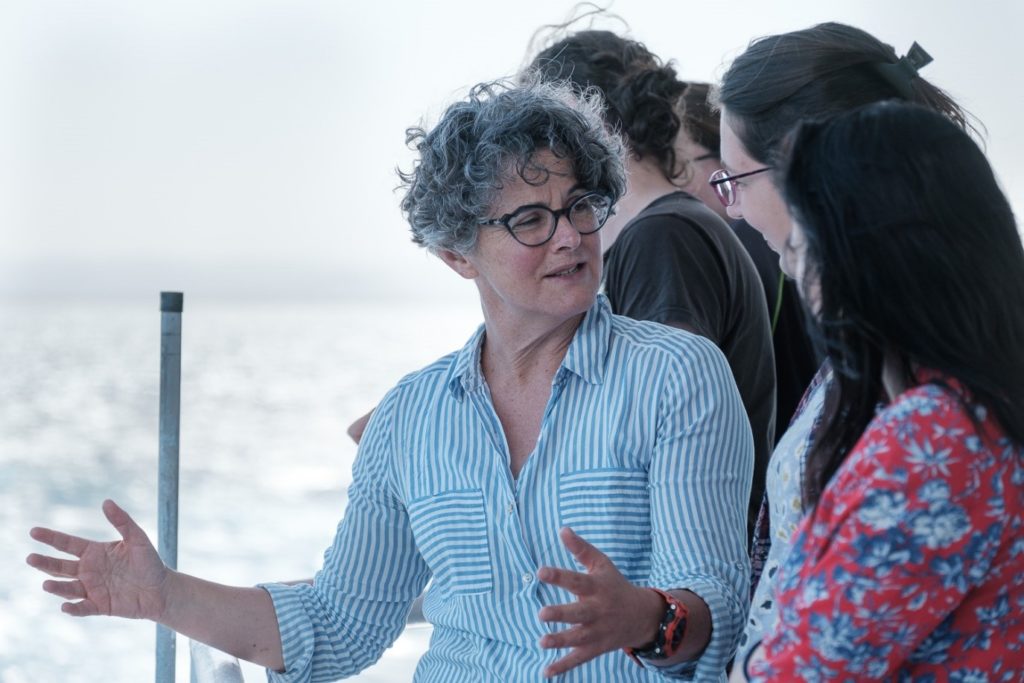 Keeping tabs on the EAC

In order to monitor how the EAC is changing over time, we use an array of deep-water moorings. Consequently, IMOS has established a network of advanced marine equipment that tracks changes in the EAC. The array is currently lined up, across and down the slope of the seabed off Brisbane. This underwater observatory continuously monitors the EAC’s complex and highly energetic nature, discovering links to changes in our climate and coastal ecosystems.

But, nothing lasts forever. Like a new smartphone, their advanced sensors and tiny computers working away under the waves need to be recharged. As a result, the mooring’s “batteries” go flat about every year and a half.

The good news is that Bernadette and her team recovered the six deep-water moorings on this latest voyage. They boosted their batteries, downloaded their data, and have put the gear back to work for Australian science. 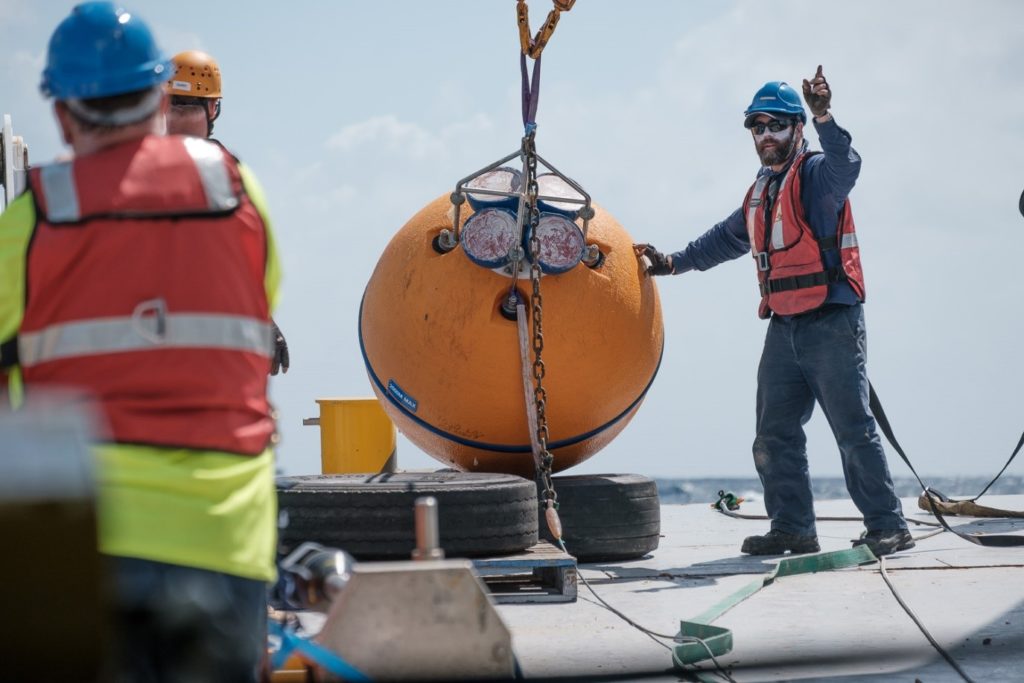 Blue-water deck work is a unique and critical capability of CSIRO’s Mooring Sensor Systems team. Jamie Derrick directs the winch driver as a syntactic float with the current sensor is recovered from the ocean. Photo: Dr Thomas Moore

Our oceanographers were accompanied on board by biological specialists – collaborators from both University of New South Wales and Griffith University. Professors Iain Suthers, Kylie Pitt, and their crew were exploring how the energetic EAC and its eddies (swirling ocean circulations) that weave their way through its great flow can support abundant and diverse communities of larval fish and sea jellies found there. 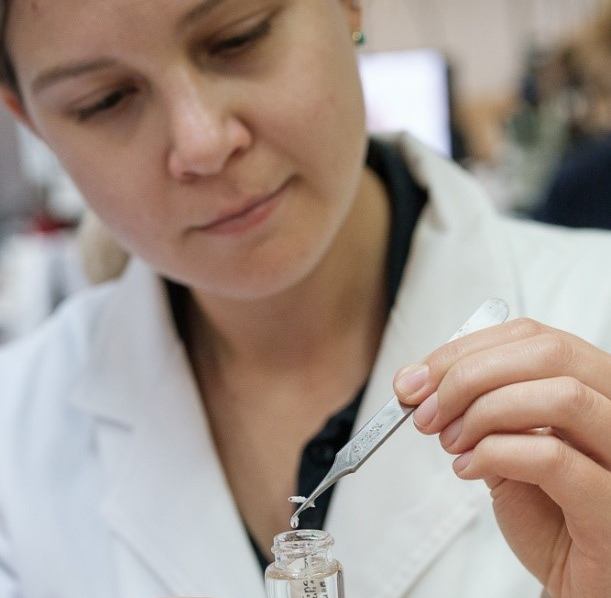 To sample the ecology of this ever-changing region off Queensland, voyagers deployed specialised towed instruments and net systems off Investigator.

It’s this expert partnership and cooperation between ocean physics and marine biology boffins that will help connect the dots between the apparent chaos of a mammoth ocean current and its often unappreciated impact on our lives.

Previous post:
Rise of the nanomachines in the war on diabetes
Coming up next:
Tech songs: Music you can do the robot to