Rise of the nanomachines in the war on diabetes

Rise of the nanomachines in the war on diabetes

How assembly line nanofactories could lower the cost of diabetes medication. 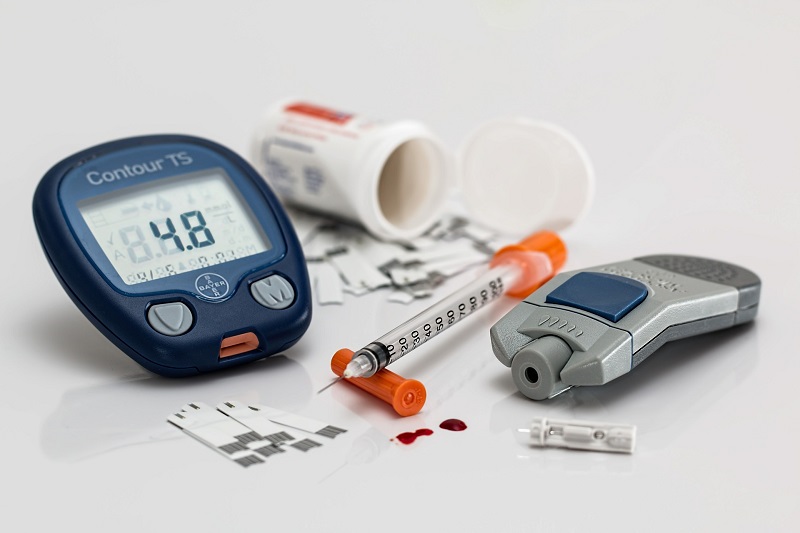 Nanomachines. The word may evoke imagery of a fleet of tiny robots working on microscopic assembly lines. Or worse! You might be imagining those robots taking over the world, like a bad Johnny Depp sci-fi movie.

The second scenario is unlikely. But the first is actually not too far from the truth when it comes to our latest research into biological engineering. You just have to replace the tiny robots with enzymes.

Enzymes are nature’s nanotechnology. They’re molecules found in every living cell. And they’re responsible for all the chemical reactions inside living things. Enzymes turn your dinner into energy, they build new cells, and they can even make more enzymes. Life couldn’t exist with enzymes.

We have enzymes inside our body. But we also use enzymes in manufacturing: these enzymes are known as biocatalysts.

Biocatalysts use living, biological systems or their parts to speed up chemical reactions. Biocatalysts answer one of the greatest challenges of the 21st century: how do we make our chemical manufacturing industry less reliant on unsustainable petrochemical inputs and harsh chemical processes.

We’re all for biocatalysts.

Scientists from our Synthetic Biology Future Science Platform have created a simpler, cleaner and more cost-effective process for manufacturing the anti-diabetic drug D-fagomine. They’ve done this by using advanced biological and chemical engineering.

Type 2 diabetes is one of our greatest global health challenges. More than 350 million people suffering from the condition world-wide. It’s caused by the hormone insulin not being produced in sufficient quantities to convert glucose from food into energy.

D-fagomine is a chemical compound that can do the same job as insulin, lowering blood glucose levels. Dr Colin Scott and his team used a series of enzymes to convert the cheap and abundant chemical glycerol into D-fagomine.

The successful process was achieved by assembling a series of enzymes, each one doing just one chemical conversion, and passing the product onto the next enzyme in the sequence.

The enzymes were arranged in compartments, with each compartment containing enzymes for one chemical step. The compartments were then assembled in the correct sequence to convert glycerol into D-fagomine.

Picture an assembly line making cars. They work using a series of robots, each robot doing a single task over and over. One robot accepts the growing car from the preceding robot and passes it on to the next. Each robot does one job, but if you follow the production line you can see that every robot does its thing until you have the finished product. Now imagine the same thing with molecules, using tiny robots (enzymes) to add or change bits of the molecule until you have the finished product.

A nano vision for the future

The new process is cleaner and quicker than current methods of producing D-fagomine. Dr Scott and his team expect, once it’s trialled commercially, this process could reduce the cost of producing anti-diabetic drugs.

Now that we understand the design principles for these nanomachines, we’re looking to work with industry. Together we can build new nanomachines and molecular assembly lines. This could also open the door for improvements in other technologies that are reliant on chemical reactions. For example, the production of other drugs, biodegradable plastics, biofuels and fuel additives.

This work was funded by the Science and Industry Endowment Fund and was in collaboration with the University of Manchester.

Build up your knowledge of our synthetic biology research

Previous post:
How do you mend a broken heart?
Coming up next:
Home and array: Investigator shedding light on the EAC