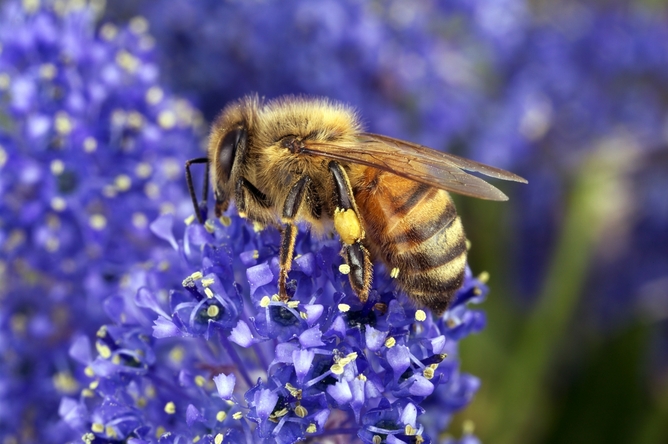 A busy bee, giving free horticultural help by collecting pollen. But a tiny mite has devastated bee populations around the world – and it’s now on Australia’s doorstep.

A tiny mite has been killing honey bees all around the world, and will inevitably reach Australian shores. So what is this destructive mite, and what we can do to protect Australian honey bees?

The Varroa mite, also known as Varroa destructor, is only the size of a pin head but it is the most serious threat to the viability of the Australian honey bee industry.

The mite is parasitic and feeds on the blood of adult and larval honey bees. It also transmits viral and other pathogens, which kill entire bee colonies. Varroa mite is part of the syndrome leading to honey bee declines in many places around the world.

The global invasion heading our way

Varroa mite has been highly invasive. It originated in north Asia in the 1950s and spread to Europe in the 1970s. It then spread to the USA, southeast Asia, South America and Africa. In 2000 it turned up in New Zealand.

Varroa kills honey bees that are managed by beekeepers as well as honey bees living in the wild (known as “feral” bees). Beekeepers need to use chemicals to protect their bees, which increases their costs and yet offers only a partial solution.

Honey bees living in the wild are even more vulnerable, and widespread declines occur. Within four years of the invasion of New Zealand’s North Island, feral bee populations plummeted to about 10% of what they had been.

Australia is one of the last remaining regions in the world still free of Varroa. But it is closer to coming here than ever, having now spread to our neighbours in New Zealand and Indonesia.

Just to complicate matters further, a new Varroa mite has emerged in Papua New Guinea, where a near relative of Varroa destructor has made a similar behavioural jump from the Asian Honey Bee, and now also attacks the European Honey Bee.

Why bees are so crucial to farming

Varroa mite threatens one of our key crop pollinators, just as we have begun to realise that improved pollination is part of the secret to raising agricultural productivity.

Australian agriculture is vulnerable to honey bee declines because a number of our most significant horticultural crops rely on honey bee pollination, and many growers have been accustomed to a high level of free service from feral honey bees.

When free pollination from feral bees declines, horticultural industries will look to managed bees to fill the gap. Unfortunately, beekeepers and their managed bees will be dealing with the same crisis.

Nowhere is this shown better than in the USA, where the mite entered in 1987. After its arrival, the feral honey bee population crashed, managed hives were reduced by about 30% and many beekeepers left the industry.

The decline in managed hives, along with increasing demand from crop growers, has seen a four-fold increase in the cost of hives. Each year, there has been a growing gap between demand for hives and the capacity to supply them.

Better border protection and beyond

Here in Australia, that gap between the supply and demand – the number of bees that beekeepers could supply and how many bees are needed – is where we are most vulnerable.

Our heavy reliance on feral honey bees means there has been a relatively low demand for managed hives. As a consequence, our managed pollination industry is only in the early stages of development.

Given that beekeepers in the USA and NZ have failed to keep pace with demand for crop pollination, Australia may experience an even greater shock to our horticultural industries in future.

The threat of Varroa mite incursion into Australia is real. Any European honey bee swarm arriving on a vessel at an Australian port could be carrying Varroa.

The arrival of Asian honey bees by ship at Australian ports, as occurred at Cairns in North Queensland, provides another pathway for the mite’s incursion.

And it should be noted that the mite managed to slip through New Zealand’s quarantine defences, which are similar to Australia.

In 2007, bio-economic modelling by CSIRO examined the risk to Australian plant industries. It was estimated that the economic risk from Varroa incursion was great enough to justify spending between A$21 million and A$50 million annually over the next thirty years to delay incursion.

Reducing the risk of incursion is sensible, but there must also be a strategy to combat the pest in the likely event that it eventually establishes. This conclusion was reported in the 2008 House of Representatives “More than Honey” inquiry. 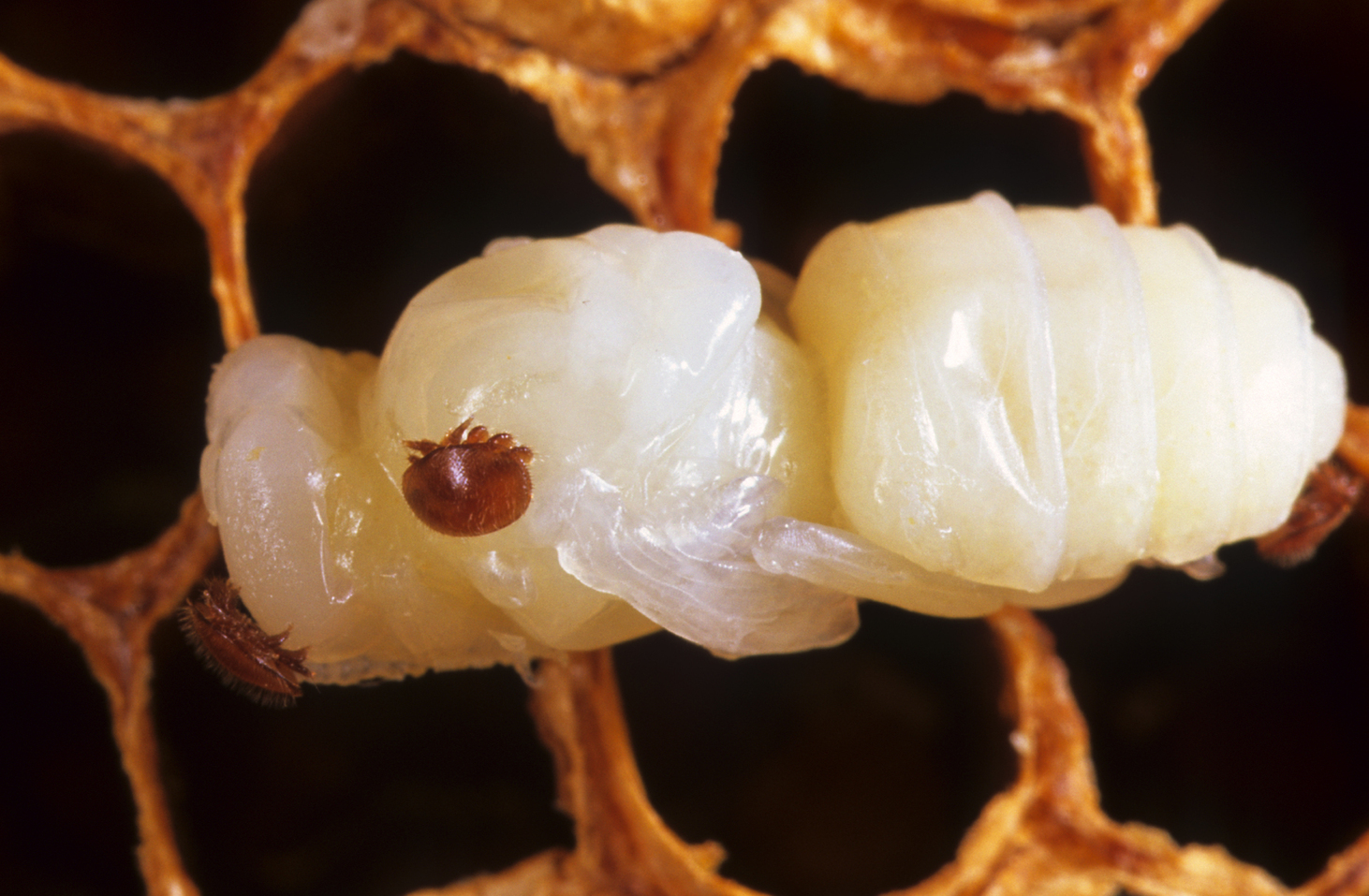 A Varroa mite on a bee pupae.

Threats to the European honey bee should remind us that reliance on a single species for crop pollination is a risky strategy. There are thousands of other insect species that contribute to crop pollination, and there are strategies available to better support them, and keep them in our production landscapes.

Australia is uniquely placed to contribute to the global effort to deal with Varroa mite impacts on honey bees. As long as we keep Varroa out, we can provide the “Varroa free” comparison needed to understand management options for honey bee health.

Further, because the Varroa mite-honey bee relationship evolved in our region (Asia), we are well placed to contribute to the genetic and evolutionary studies that will underpin options for Varroa control.

The Varroa mite has caused problems worldwide, and there is worldwide interest in finding solutions. We need to mobilise the Australian scientists to collaborate globally, in the interests of healthy bees and productive crops.

This article is based on the CSIRO submission to a Senate inquiry into the Future of the beekeeping and pollination service industries in Australia. The Senate committee is holding a public hearing in Brisbane on May 20), and is due to complete its report by June 19.

Previous post:
Not so chirpy: How ‘We Feel’ revealed by tweets
Coming up next:
A big tick for entomologists: new 3D colour scans of insects