Our scientists are using coral spawn slicks to help restore the Great Barrier Reef. We show you how we go from the reef to the lab! 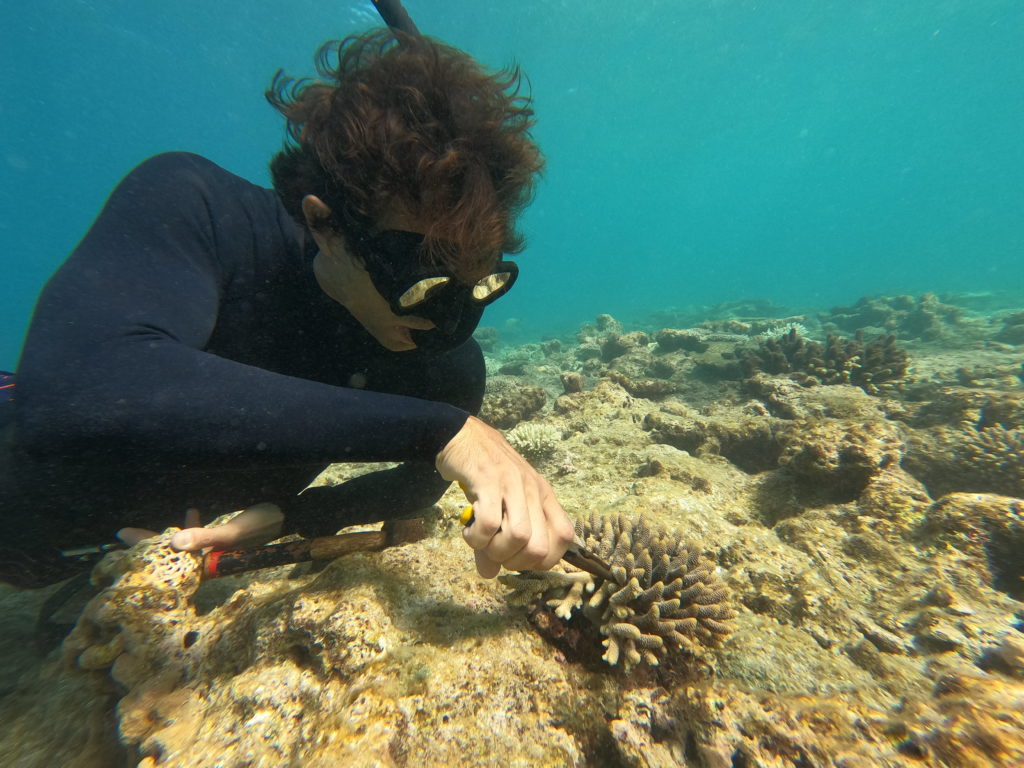 Our researchers are on the hunt for coral slicks.

They’re at Heron Island in the southern part of the Great Barrier Reef to conduct research involving coral spawning. This is when corals release egg and sperm bundles into the water, causing massive ‘spawn-slicks’.

It’s an exciting event in more ways than one. It often happens only a few times a year, over a couple of nights, following a full moon. Sometimes it can happen more than once – if we’re lucky.

We show you how we use the larvae from the slicks on the reef, take them to the lab, and back to the reef! All to help with restoring the Great Barrier Reef.

Coral spawn is a slick affair in the reef

Collecting wild coral-spawn slicks is the name of the game.

We use drones to detect slicks in the water. They are fast and give us extra coverage to quickly spot slicks for our boats to go to for collections. Although when it’s windy, slicks are harder to find, so calm weather conditions give us a great helping hand.

We’ll be using a new prototype for large scale collection and transfer of coral larvae. It’s called a surface skimmer and can be towed from a boat. It’s the first time we’ll be putting it to the test on real coral spawn slicks!

Once collected, we’ll transfer the slicks into floating ponds developed by researchers at Southern Cross University who are co-leading this project. Using these floating ponds, we will culture the larvae in bulk to help them grow with minimal maintenance.

We’re also collaborating with the Queensland University of Technology (QUT) to trial robotics to assist with collecting and deploying of larvae. 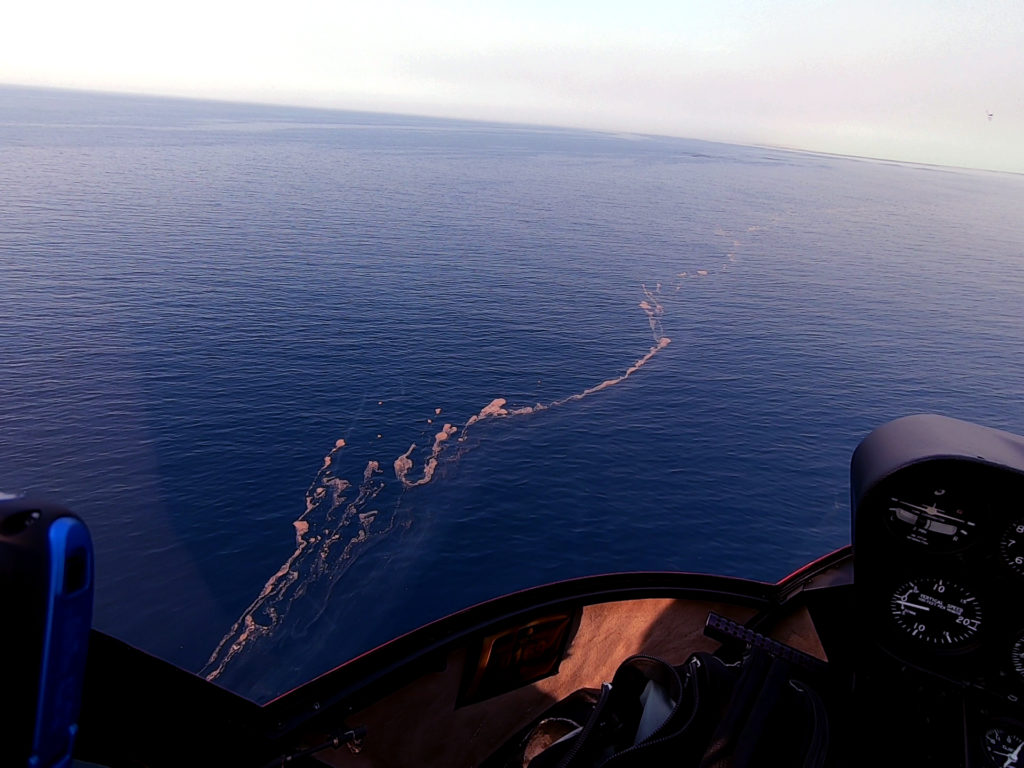 Harvesting coral in the lab

We were at Heron Island last year to harvest coral larvae in the lab. We’re furthering this research by deploying the harvested larvae back onto the reef. That way we can test protocols that could be scaled up in the future to help with reef restoration.

This year in the lab, our scientists will culture the larvae (in the millions) in large tanks ranging from 200-500 litres. It takes 5-10 days for the larvae to be ready to transition from a swimming larva to a tiny coral polyp on the reef.

We will also colour stain the larvae before deploying them back into the reef. This is so we can verify any larval releases and differentiate them from other natural sources of coral. It will also help us track where larvae go once we release them from a particular location. For example, if they drift away in the currents or end up where we expect them back on the reef. 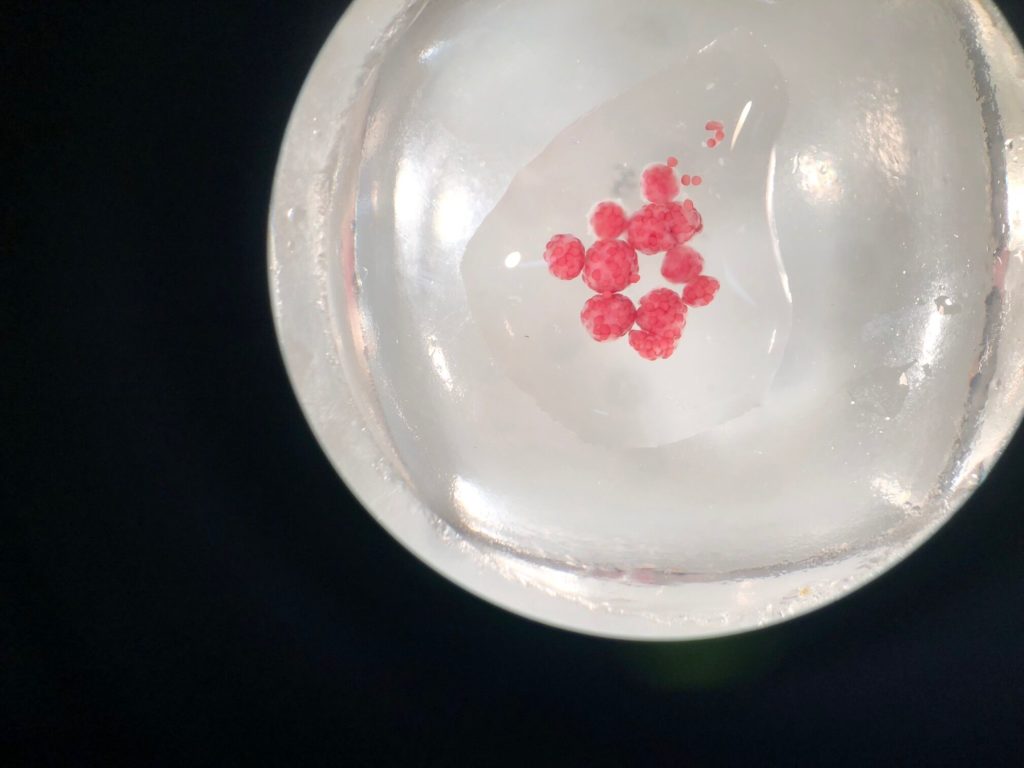 Are they raspberries? No! It’s a coral egg and sperm bundle. Image: CSIRO/Lauren Hardiman.

From the lab back into the reef

We’ll be monitoring the effectiveness of how and where larvae are released into the water to see what creates the best outcome for coral growth.

We’ll be using 3D mapping to track how well our larval releases work over the coming years. The high-resolution imagery will enable us to document individual coral colonies, including how well they grow and survive. And how effective the larval deployments are at restoring reef areas compared to areas where larvae are not deployed by our team.

The Great Barrier Reef experienced a mass coral bleaching event in March-April this year, in 2016, 2017 and in previous years too. So, developing techniques that can assist in reef recovery is more important than ever.

If this research proves successful, we can support larger-scale deployment to accelerate management of the Reef’s valued coral ecosystems. This is particularly important for areas of the Reef that are degraded or experiencing rapid ocean warming. Our science will also underpin management decisions for the Reef.

We’re conducting this work in collaboration with Southern Cross University and QUT, as part of the Reef Restoration and Adaptation Program (RRAP). RRAP, funded by the partnership between the Great Barrier Reef Foundation and the Australian Government’s Reef Trust, is a consortium of partners dedicated to developing effective interventions to help the Reef resist, adapt to, and recover from the impacts of climate change.

And guess what!? You can witness a live broadcast of corals spawning through ABC’s Reef Live program. Tune in to watch the coral spawn in real-time. The program airs tonight, Friday, 4 December and Sunday, 6 December at 8.30pm on ABC TV and iView.

Previous post:
Our Indigenous STEM education project takes home two prestigious awards
Coming up next:
Even with a vaccine, it will take time for life to return to normal