Keeping plants happy is easy with our new Chameleon Card

Keeping plants happy is easy with our new Chameleon Card

We developed technology that makes it possible for backyard green thumbs to give their plants the right amount of water. 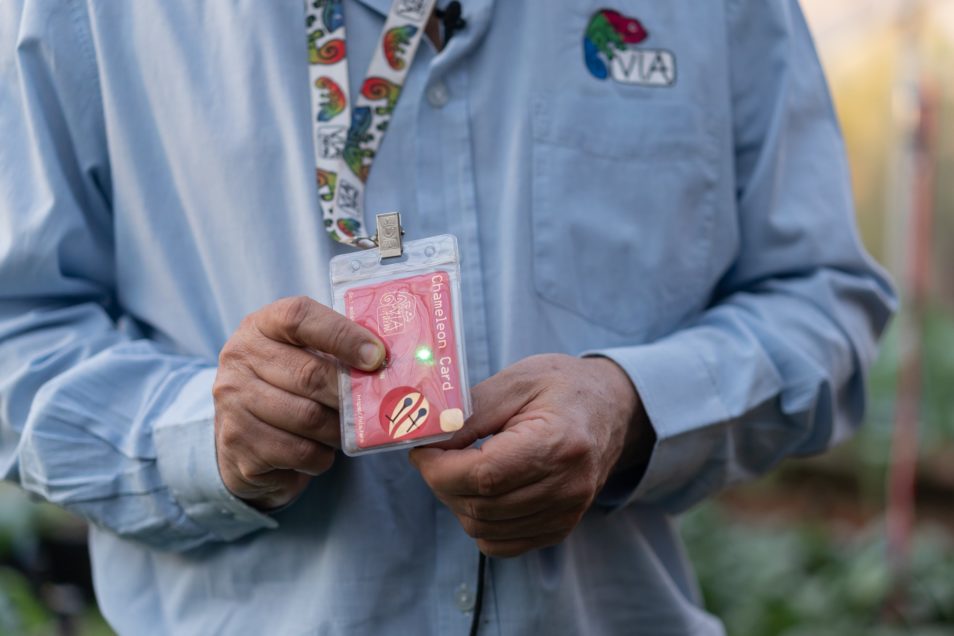 How does saving water and a booming veggie patch sound? It’s difficult to know how often to give growing veggies a drink and how much to give at one time. Many crops get too much water at the early stages and then too little when they are big. This results in poor yields.

We have developed new technology – now available via the Virtual Irrigation Academy – that makes it possible for backyard green thumbs and the world’s most disadvantaged farmers alike to give their plants the right amount of water.

It’s called the Chameleon soil water sensor. It’s an electronic device that provides gardeners and farmers with information to simultaneously save water and boost their crop yields.

Our researcher Dr Richard Stirzaker originally developed the Chameleon in 2016. It was created to assist farmers in developing countries to conserve water and improve food security.

“Millions of people irrigate to grow food but do not have simple and accurate information to guide them. The Chameleon uses coloured lights to tell you when to irrigate,” Richard said.

“It’s something that everyone can understand. Farmers using Chameleon sensors quickly changed their practices, many using less water to achieve higher yields.”

Since then many thousands of Chameleon sensors have gone into the ground helping farmers in over 15 countries.

Buried soil moisture sensors connect to a Chameleon card and detect soil moisture levels. The card then displays the data on an incredibly easy to understand readout in the form of one of three colours:

So, what can it achieve? Well, farmers using the Chameleon in countries like Tanzania and Malawi have reported increases to their crop yields of over 50 per cent, while using up to 33 per cent less water. 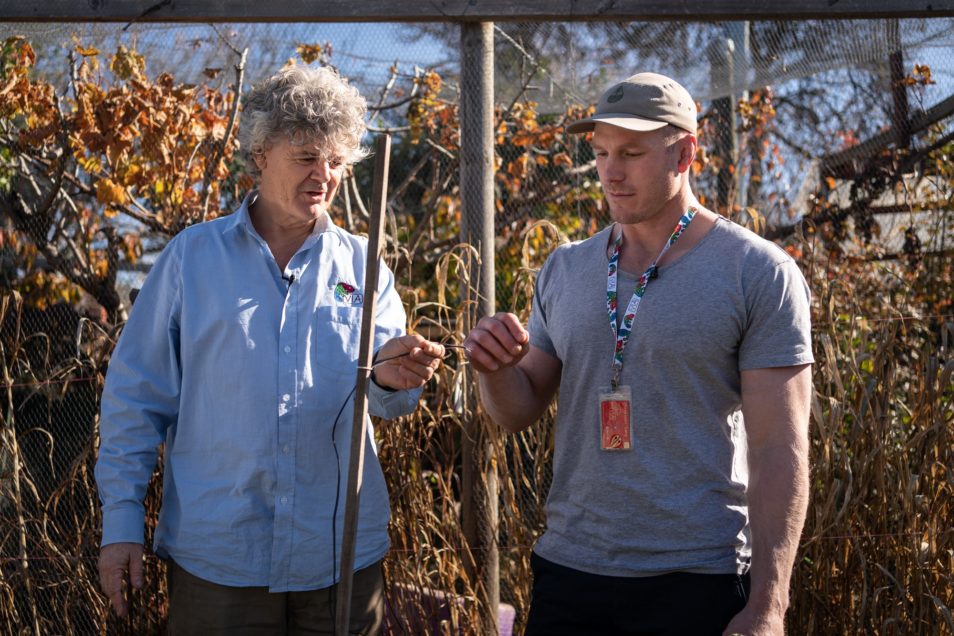 A chameleon changes more than its colours

The good news is the technology is now available to purchase in Australia for home gardeners and farmers.

People who purchase the Chameleon Card are joining a global community who are learning to grow more food with less water and helping to further our research.

If you’ve got an itch for gardening or a loved one who can’t keep a plant alive to save themselves, the Chameleon Card might just be the ticket to a healthier garden. So, how about a Chameleon Christmas Card?

Discover more about the Chameleon card