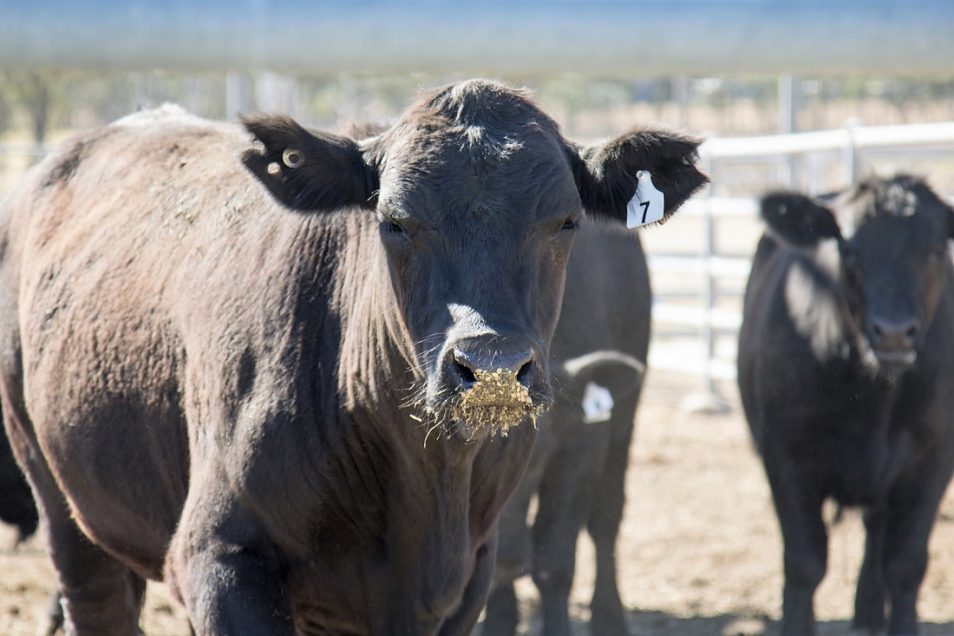 In a world first for the beef industry, we’ve helped farmers to select Angus bulls based on their disease resistance.

When your kids started going to child care, did they seem to catch every disease going around? And did you join the fun and catch all the lurgies too?

Just like kids, when cattle — especially young ones — leave the farm and enter a feedlot environment, they can be exposed to a range of diseases for the first time.

Infectious diseases costs the Australian red meat sector around $2 billion per year and cause significant animal welfare issues. Bovine respiratory disease is the most common disease that cattle encounter in feedlots, and this disease alone costs the industry an estimated $40 million annually. Bovine respiratory disease causes pneumonia in calves and can be fatal. The symptoms are snuffles, coughing and a runny nose — much like us when we get a cold.

Bovine respiratory disease is also a complex disease, which can be caused by a multitude of agents. This means that pinning down the causes and effectively protecting all animals in a feedlot through vaccination can be difficult to achieve.

As consumers, we’re increasingly aware of the health and welfare of the animals that produce our food. We’re also increasingly concerned with the use of antibiotics to prevent and treat diseases in food-producing animals.

But there is another solution, and it doesn’t rely on antibiotics. We can genetically select cattle fathers (sires) so that they breed calves that have an enhanced natural ability to resist disease. This ‘immune competence’ is a measure of the strength of an animal’s overall immune system, reflecting its ability to cope with diseases and bounce back from any illness quickly.

Along with our partners Angus Australia, and Meat and Livestock Australia, we measured the immune competence of cattle in feedlots over a number of years. 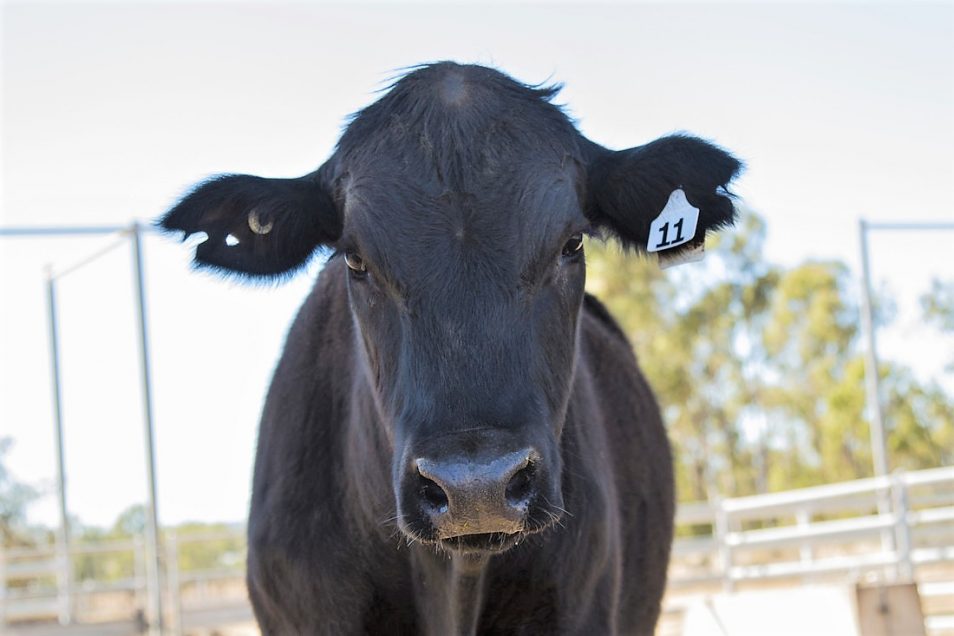 How now, healthy cow? We can now breed Angus cattle that are healthier, and require less antibiotics.

Well done: the genetics of a good steak

It’s not an easy task to sift through all the genes in cattle, and choose those genes that will lead to a great steak on our plates. We need animals with superior production traits like a high growth rate, and reproduction traits, like fertility. But how do we breed the healthiest cattle? To do this, we had to work out how to measure the ‘disease resistance trait’, a trait that has never been measured before. Why not? Because it’s really hard to measure! After you find the trait, you then have to measure it on a lot of animals, to make it as accurate as possible. Finally, the traits are developed into what’s called a breeding index or breeding value for Angus cattle.

The good news is that our team has created this breeding index for Angus cattle — it’s a world first. We made the announcement at the Angus Australia annual conference last week.

In short, we identified breeding values for Angus cattle so that farmers can now add immune competence into the mix of genetic traits they look for when they select new sires into the future. It ensures that Australian beef producers have the tools at hand to improve the health of their herds. Our research also benefits lot feeders in Australia, who are actively working to maintain high standards of health and welfare of the animals in feedlots.

It’s also a bonus for consumers — the ability to breed healthier cattle is a great animal welfare outcome, and it reduces the use of antibiotics and chemicals in our food production systems.

Are you curious about disease-busting bovines?