Bristling with pride: abyssal bristle worm named in our honour

Bristling with pride: abyssal bristle worm named in our honour

Scientists have named a newly-described polychaete or bristle worm from Australia's deep abyss after CSIRO. 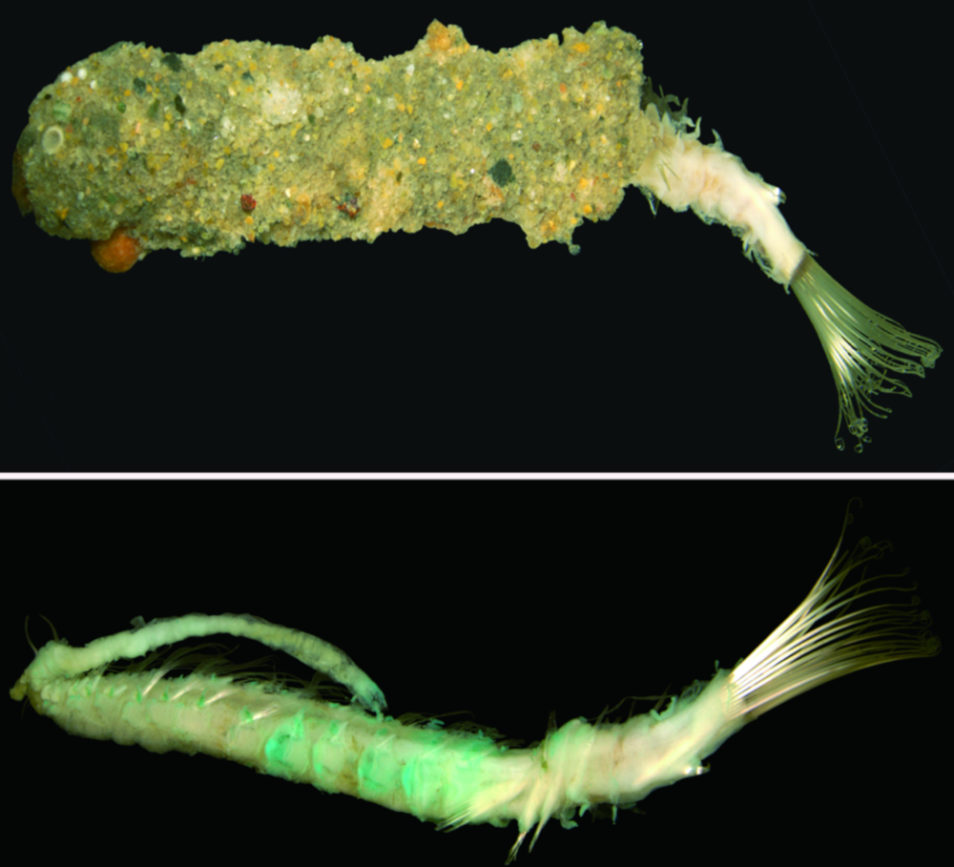 Prawn cutlet anyone? Actually, this is a newly discovered polychaete or bristle worm. And it’s been named after us – Australia’s national science agency.

Growing to 30 millimeters long, scientists found our spiky little friend off the NSW coast in about 4500 metres of water. Its hobbies include building a home out of fine sand, hanging out with friends and filter feeding. This latest abyssal addition got its name from scientists from the Australian Museum, Macquarie University and China’s State Oceanic Administration.

Have you ever stared into the ocean and wondered what lives beyond the reach of light? If you could descend the depths and walk the seafloor below, what creatures might swim, scuttle and slither from your path?

That question led an international team of 40 scientists to set sail in 2017 on our Research Vessel (RV) Investigator. It was a month-long voyage called ‘Sampling the Abyss’. Dr Tim O’Hara from Museums Victoria led the voyage. 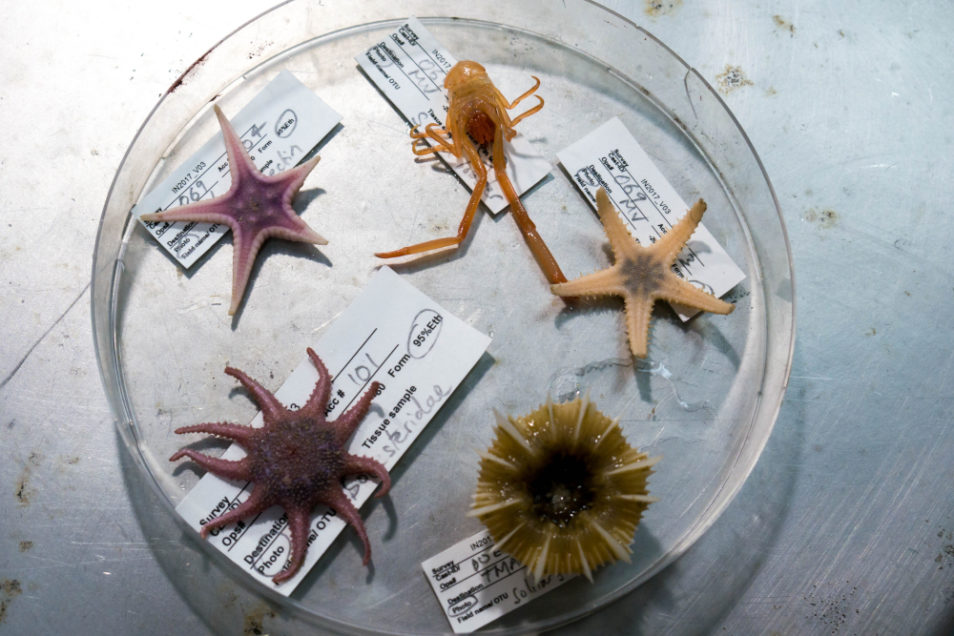 About 400 of the species collected during the voyage are believed new to science. Credit: Asher Flatt

What they dragged up from abyssal depths down to 4800 metres ticked every box. Weird, cute, unbelievable and disgusting. Abyss life spun the evolutionary wheel and it landed on bonkers!

Scientists found many hundreds of species new to science during the voyage. From the more than 800 species collected, researchers think around 400 are new species. Of these, scientists have now named about ten percent so far. Including our prawny looking friend, Gesaia csiro.

So, let’s get you up to speed with the latest additions to the described world.

Ever wanted to change your name?

How would you feel about being called a ‘bone eating snot flower’? Pretty rude, eh? Then spare a thought for the unflattering name given to Osedax mucofloris, a species of polychaete ‘zombie worm’ named in 2005.

Luckily for our deep-sea finds, scientists are being much kinder when naming them.

Hot off the research publications press, here’s our latest list of newly-minted monikers! 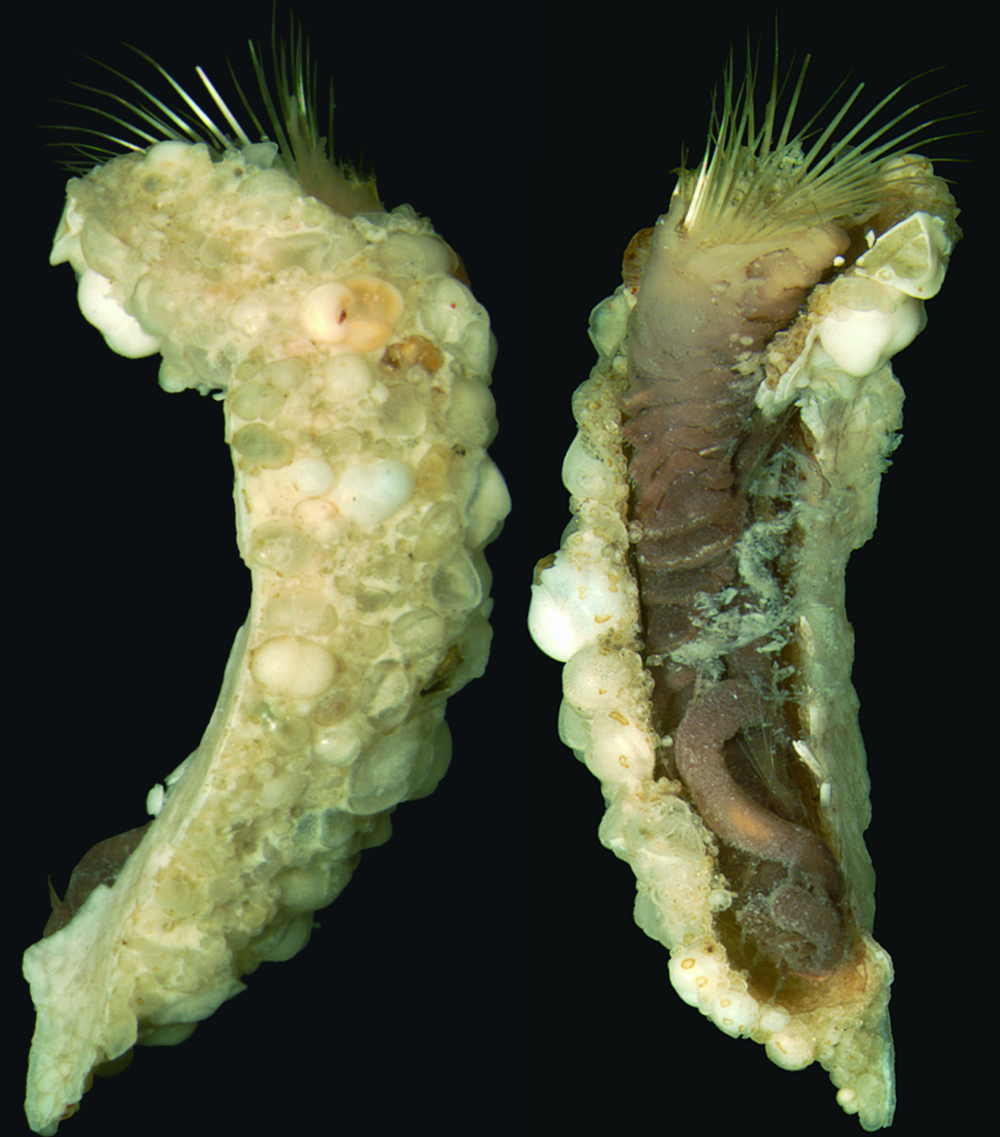 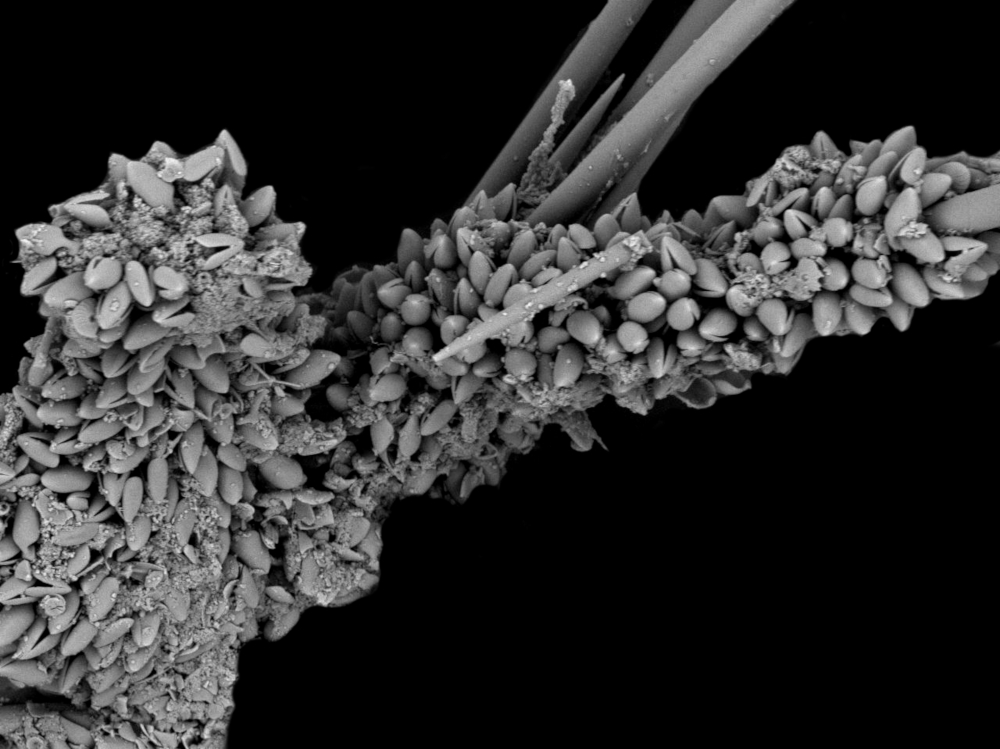 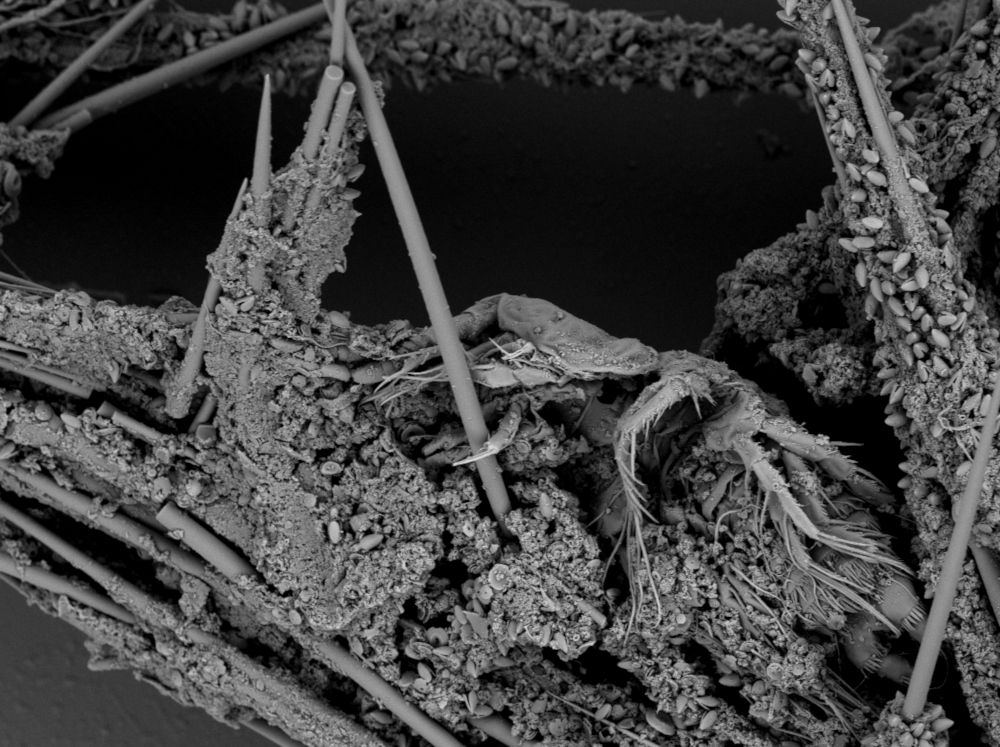 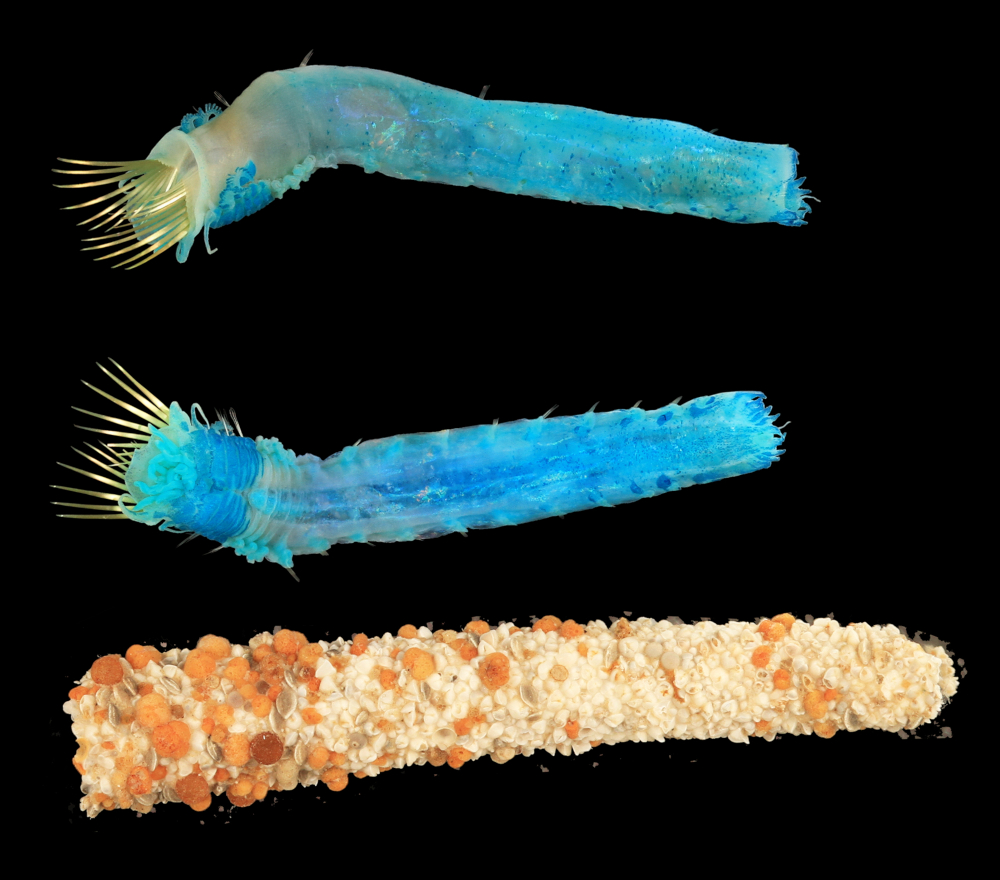 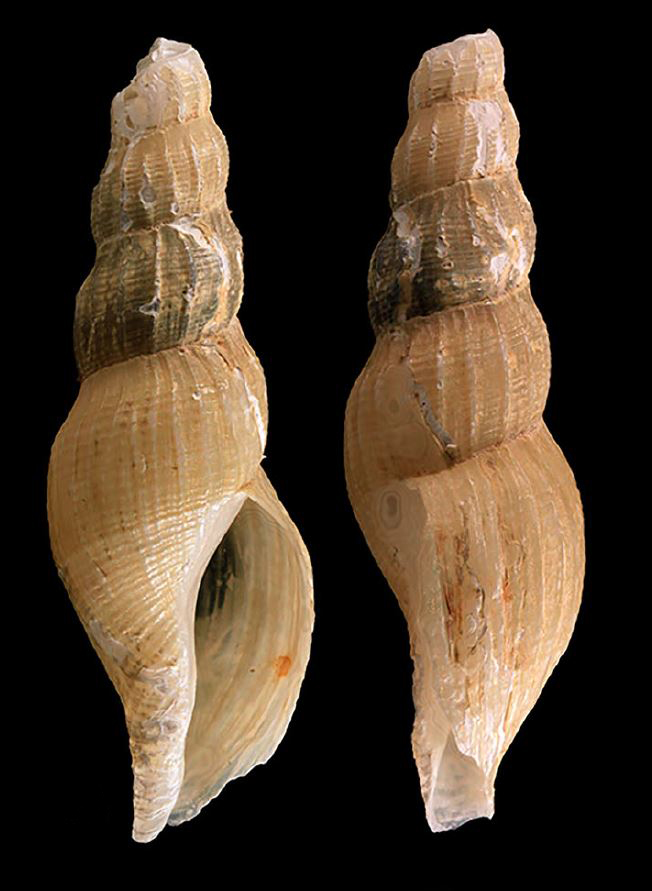 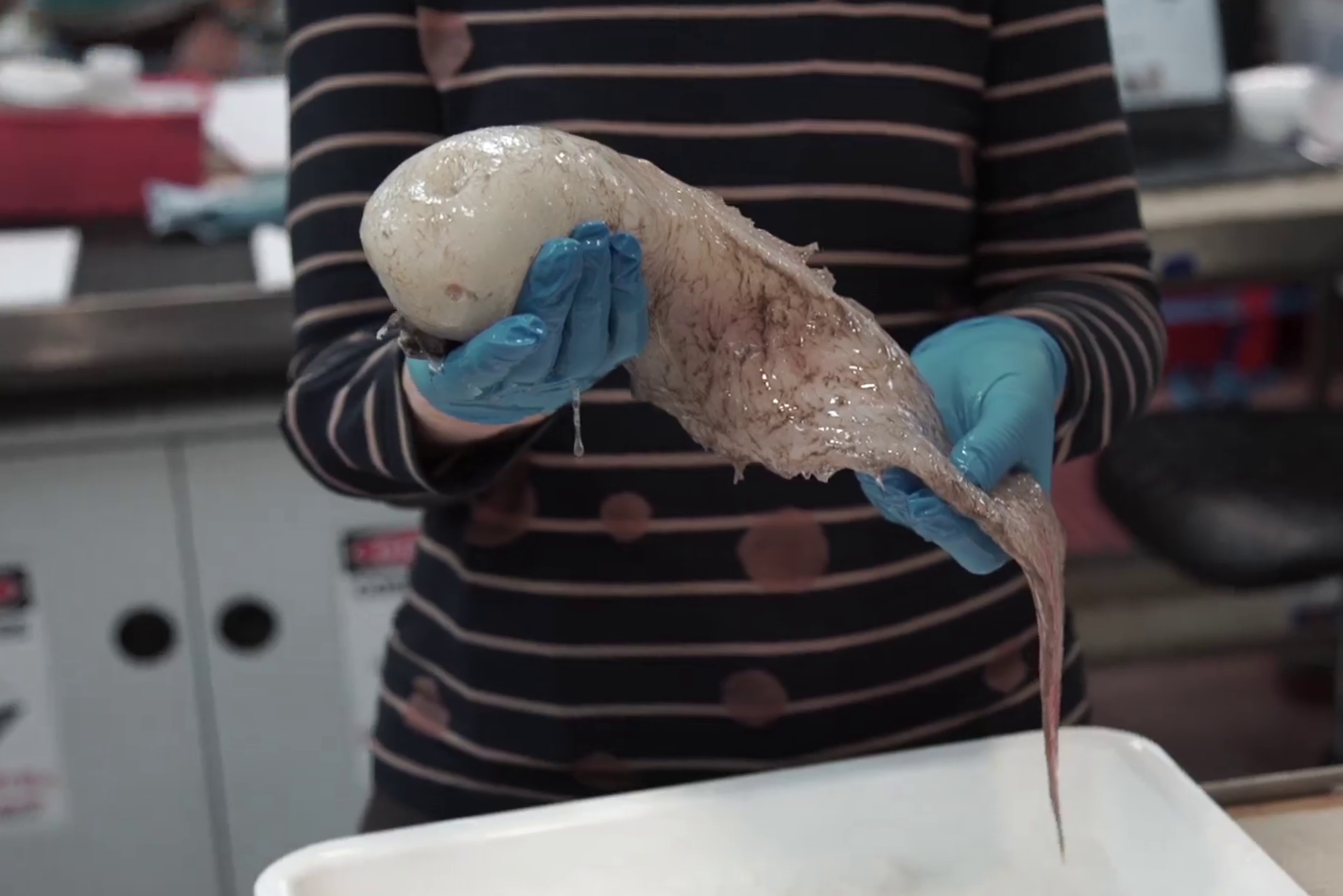 Finding a polychaete needle in a haystack

How did scientists find these wonderful new species? They used RV Investigator’s advanced multi-beam sonar systems to map the seafloor. Using these maps, they then deployed cameras, nets and sleds up to 4800 metres deep to sample seafloor habitats.

In the deepest parts of the ocean it took nearly half a day to lower and raise this equipment from the seafloor.

They collected over 42,000 specimens from the deep sea. From that they identified over 800 different species, with up to half of them new to science and likely never before seen by human eyes.

Biodiversity surveys like this support effective marine management and conservation, including by identifying biodiversity in marine parks. This voyage collected species within seven of the 58 offshore Australian Marine Parks managed by Parks Australia. 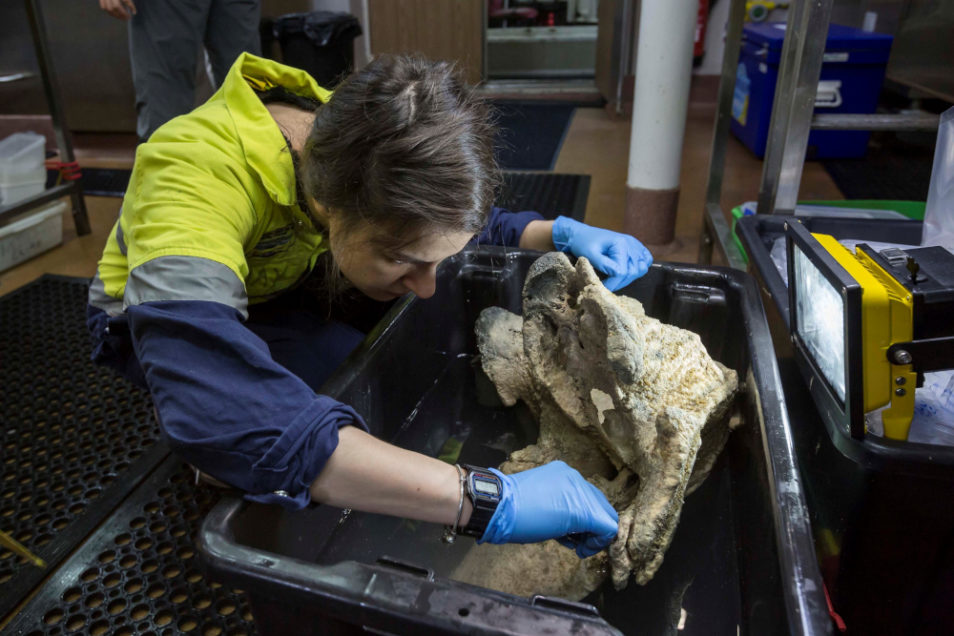 A scientist picks polychaete worms out of a whale skull hauled from the the abyss.

Australia’s marine estate is vast. We have many gaps in our knowledge of the deep ocean. We have almost no information about the deep-sea life off our west coast and around our remote offshore islands.

Offshore is where Dr Tim O’Hara and his intrepid team of scientists will be heading next. Departing in mid-2021, they’ll be heading off on another world-first survey using our RV Investigator. They will study the deep-sea life around the Cocos-Keeling and Christmas Islands.

The biological communities around these remote rocky specks in the Indian Ocean are almost completely unknown. They may harbour many more unique species new to science. Likewise, the data collected on this voyage will fill a major gap in biodiversity datasets.

Stay tuned! No doubt the 2021 voyage will see more weird and wonderful species added to our marine species roll call.