A scientist can be you, your children or your parents. We show how citizen science can help in our bushfire recovery efforts. 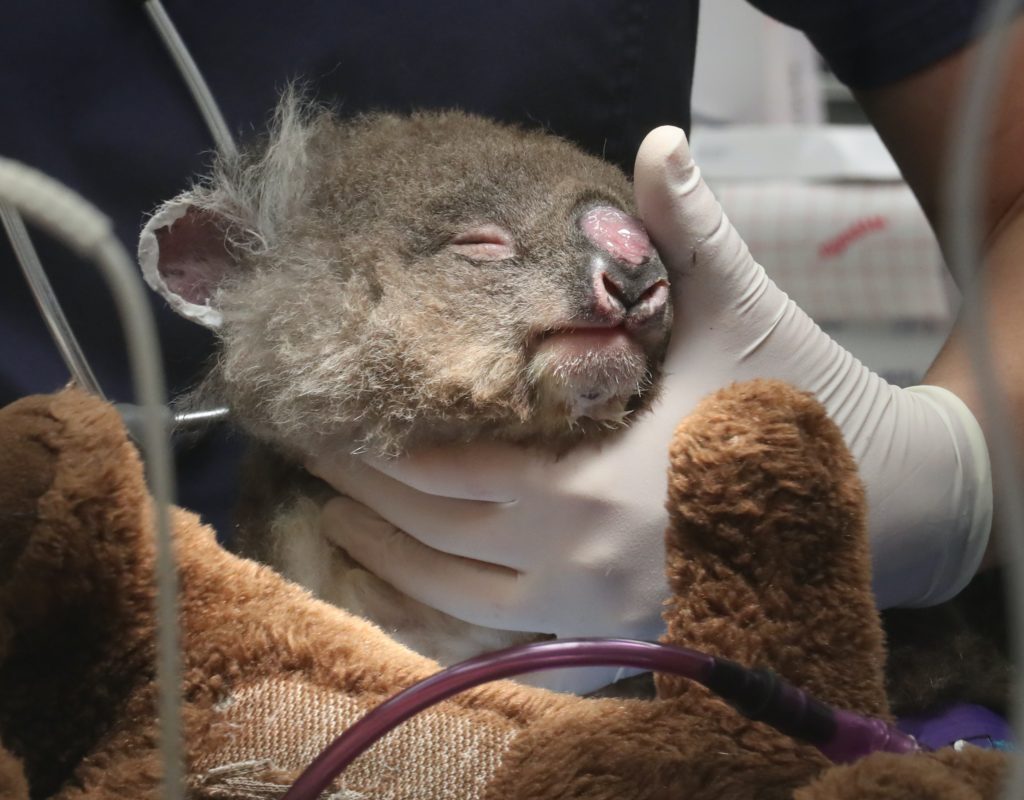 Citizen science is a key tool in our bushfire recovery plan.

Following the Black Summer bushfires of 2019-20, many people throughout Australia, and across the world, wanted to know how they could help in response to the environmental disaster.

It was a golden opportunity to show that science can be, and is, done by all kinds of people – not just those working in labs with years of training and access to high-powered instruments. A scientist can be you, your children or your parents.

And this recognition led to the establishment of the Citizen Science Bushfire Project Finder, a key outcome from the bushfire science roundtable, which was convened in January by Federal Science Minister Karen Andrews.

To establish the project finder database, ACSA partnered with the CSIRO and the Atlas of Living Australia to assist the search for vetted projects that could contribute to our understanding of post-bushfire recovery.

Five months on, the value is evident.

Science as a way of thinking

In response to the bushfires, one citizen science project set up was the Kangaroo Island Dunnart Survey. A record number of citizen scientists answered the call to assist in recovery efforts for this small marsupial.

The Kangaroo Island dunnart was already listed as endangered before the fires, with population estimates between 300-500 individuals. And initial post-fire assessments indicated a significant further decline in its population, highlighting the importance of tracking the species’ recovery.

Meanwhile, nearly 1,500 kilometres away from Kangaroo Island, a local resident set up “Mallacoota After Fires” in the small community of Mallacoota, Victoria – a region hit hard by the bushfires.

This has enabled the community to record and validate (via an app and website) how the fires impacted the region’s plants and animals.

So far, the project has documented the existence of a range of flora and fauna, from common wombats to the vulnerable green and golden bell frog. It has also captured some amazing images of bush regeneration after fire.

Science does not just belong to professionals. As eminent US astronomer Carl Sagan noted, “science is a way of thinking much more than it is a body of knowledge”.

This suggests that, when properly enabled, anyone can actively participate. And the output goes beyond the rewards of personal involvement. It contributes to better science. The need for ongoing engagement 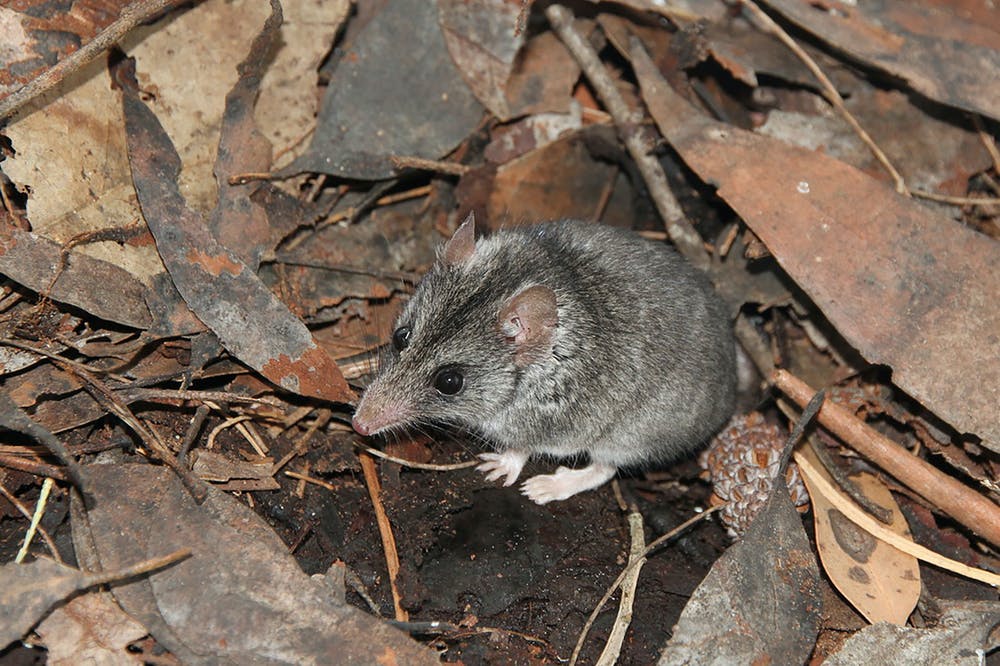 Concerned conservationists are trying their best to save the Kangaroo Island dunnart from extinction. This little carnivorous marsupial is endemic to Kangaroo Island, South Australia. Image: WWF Australia

And it’s not just in local communities. Platforms such as DigiVol have enabled citizen scientists from around the world to review thousands of camera trap images deployed post-fire to monitor species survival and recovery.

Still, there is much more to do. Australia is a vast continent and as we saw last summer, the fire footprint is immense.

But there is also a huge community out there that can help support the implementation of science and technology, as we adapt to our changing climate. 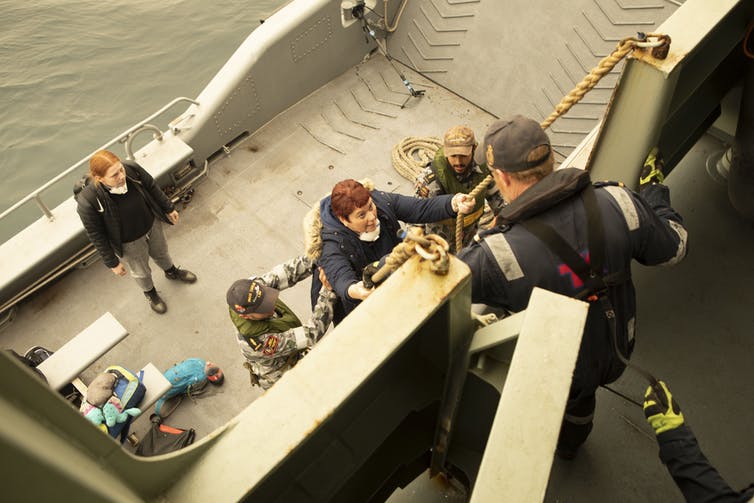 The Australian navy evacuated thousands of people from communities who were cut off from the rest of the mainland due to the Black Summer bushfires. Image: Shane Cameron/Royal Australian Navy/EPA

Reaching out at the right time

In January, Prime Minister Scott Morrison asked the CSIRO, supported by an expert advisory panel chaired by one of us (Alan Finkel), to develop recommendations for practical measures that would increase Australia’s disaster and climate resilience.

The report on Climate and Disaster Resilience gives due emphasis to the importance of citizen science in complementing traditional research-led monitoring campaigns and sharing locally specific advice. One component of the response also brought together national stakeholders, to develop a series of more detailed recommendations regarding the critical role of citizen science.

Citizen scientists can be involved in important data collection and knowledge building. They can collaborate with disaster response agencies and research agencies, to develop additional science-based community education and training programs.

Also, citizen science is a way to collect distributed data beyond the affordability and resources of conventional science.

With that in mind, the task now is to better marry the “professional” scientific effort with the citizen science effort, to truly harness the potential of citizen science. In doing so, we can ensure environmental and societal approaches to disaster recovery represent a diversity of voices.

The role of the community, particularly in developing resilience against environmental disaster, can be a most useful mechanism for empowering people who may otherwise feel at a loss from the impact of disaster. Furthermore, by working with communities directly affected by bushfires, we can help measure the extent of the impact. 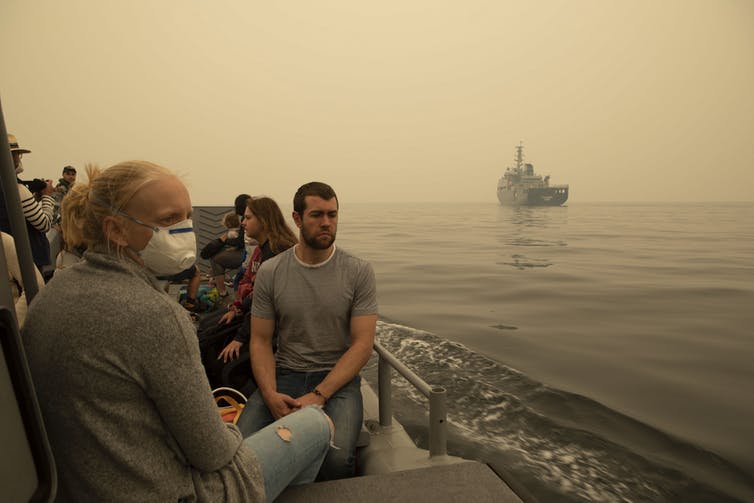 Thousands of residents became trapped in Mallacoota as a result of the Black Summer bushfires. Many had to be evacuated from the coastal town by boat. Image: Department of Defence, Shane Cameron/AAP

We call on our professional scientist colleagues to actively collaborate with citizen science groups. In doing so, we can identify priority areas with critical data needs, while also informing, enriching and engaging with diverse communities in science.

Equally, we encourage citizen scientists to share and tell their stories across social and political settings to demonstrate the impact they continue to have.

The beneficiary will be science.