We've been hard at work this year solving some of the world’s greatest challenges. Here are the top stories that got your attention in 2018.

Your national science agency has been hard at work this year solving some of the world’s greatest challenges. From clean drinking water and antibiotic resistance, to saving endangered species and keeping you healthy. We could go on but ten is a nice round number so here are our top stories that got your attention in 2018. 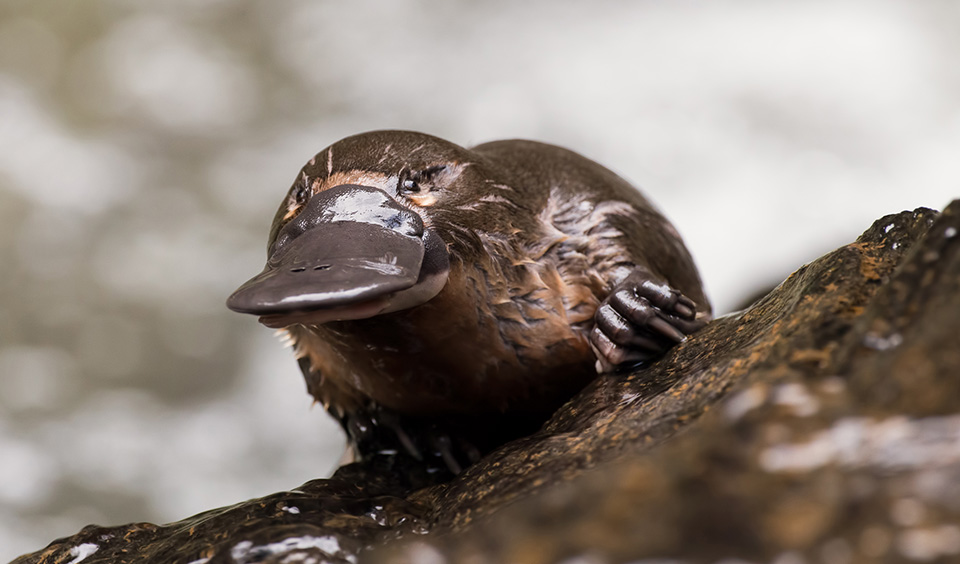 Monotremes are such weird animals that it would make sense for them to have weird biochemistry. Image: Laura Romin & Larry Dalton/Wildlife Reflections Photography.

Don’t worry – we’re not talking about making milkshakes or some kind of artisanal cheese. When you think of antibiotic resistance, the first solution that comes to mind probably isn’t platypus milk. Research we conducted with Deakin University could be set to change this. Platypus, like all monotremes, don’t have teats, but rather express milk onto a milk pad for their babies to drink. This exposes to milk to the air, and as a result, potential pathogens. To protect their young, the milk also contains unique proteins that we could use to fight antibacterial resistance in the future. Check out how these wonderfully strange creatures could help us in the future.

Clear waters ahead with Graphair

Beans, beans, the magical fruit… that could help us make a new generation of extremely effective water filters. Our scientists have used soybean oil to make the wonder material graphene, which they’re using to make filters for contaminated water. It’s so efficient that it can even clean water from Sydney Harbour faster than any other filter. Have a sip.

All that glitters is cyanide-free gold 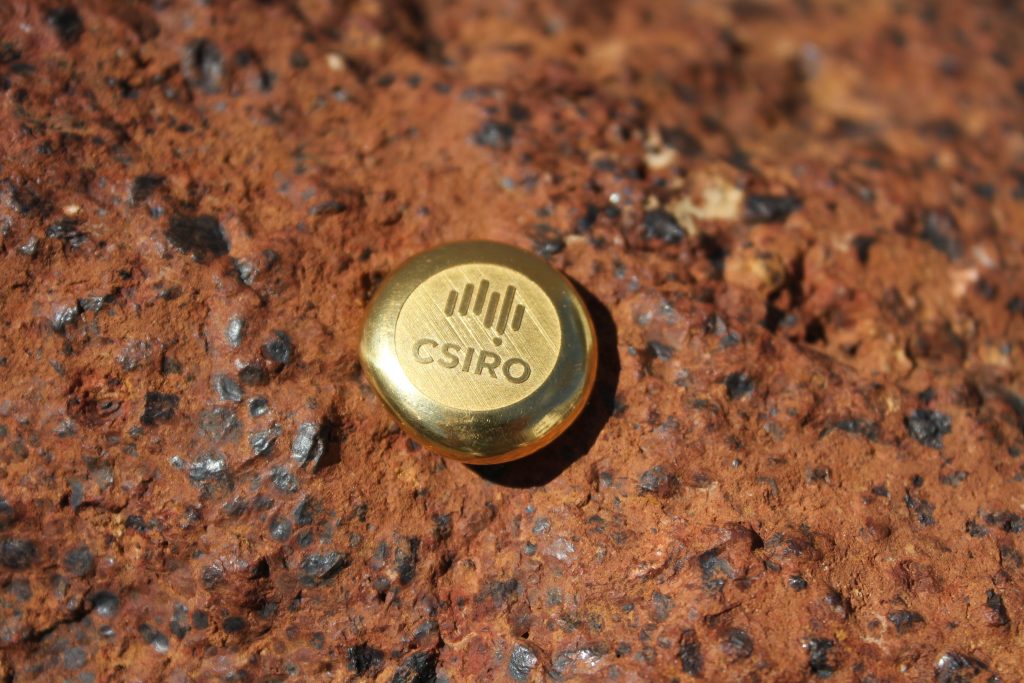 Talk about a golden idea: we’ve developed a technique that makes processing gold safer. While gold itself is relatively harmless, it’s most commonly extracted by processes that use cyanide – a toxic chemical which can cause serious harm if the by-products of the mining process aren’t managed properly. We teamed up with Eco Minerals Research to create a gold recovery process that replaces cyanide with a non-toxic chemical reagent. Go for gold.

These guys are as cute as they are mysterious. This year we tried to unravel the secretive and solitary nature of the carnivorous marsupial, from the powerful Tasmanian Devil to sweet insect eaters like the Kultarrs. We released a book, Secret Lives of Carnivorous Marsupials, that acts as a guide to the history and habits of the world’s 136 living species of carnivorous marsupials. If that sounds like your idea of a good read, you can get yourself a copy from our book shop.

Bee-hold our guide to Australian bees 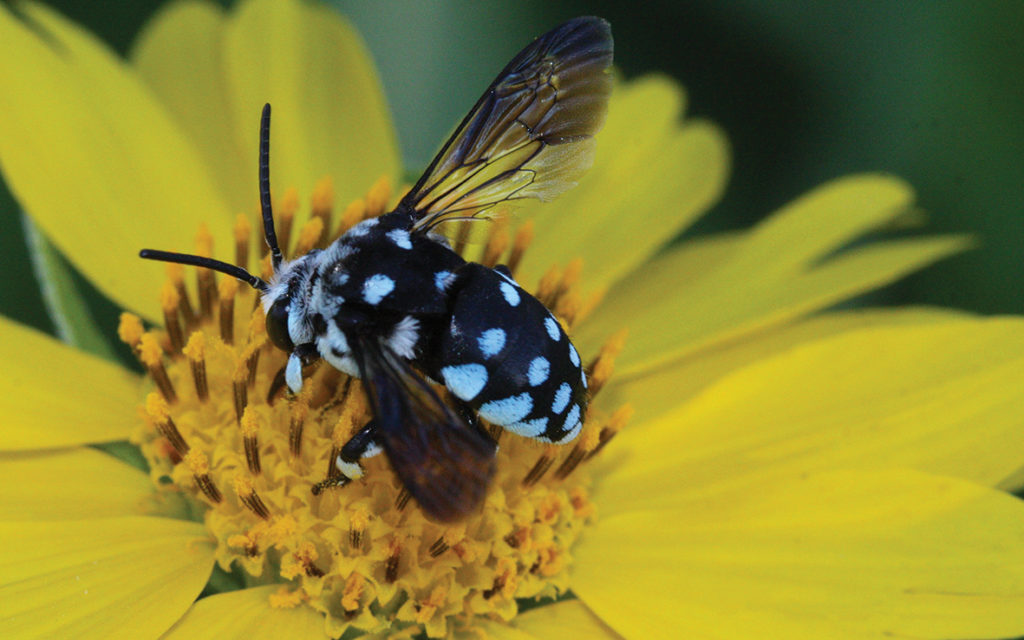 Not all bees have stripes. This adorable blue male Thyreus caeruleopunctatus was captured by Laurence Sanders.

This year we wrote an unbee-lievable guide to Australian bees! European honey bees often get the lion’s share of attention, but we’re here make sure that isn’t the case. Australia is home around 2000 native bees (that we know of), many of which have beautiful colouring (see above) and a special role in pollination, so there’s plenty to love. Find out what all the buzz is about.

No-one wants to live in a house of fakes. So when German scientists tested imported and blended honey to find that bottles claiming to be “100% honey” actually contained sugar syrups, people were understandably upset (no Australian honey products were tested). This is where we came in. We’re developing a Food Provenance Platform that can track the composition and origin of different kinds of foods, including powered milk and oranges, as they move across the globe. Is your champagne really from champagne? 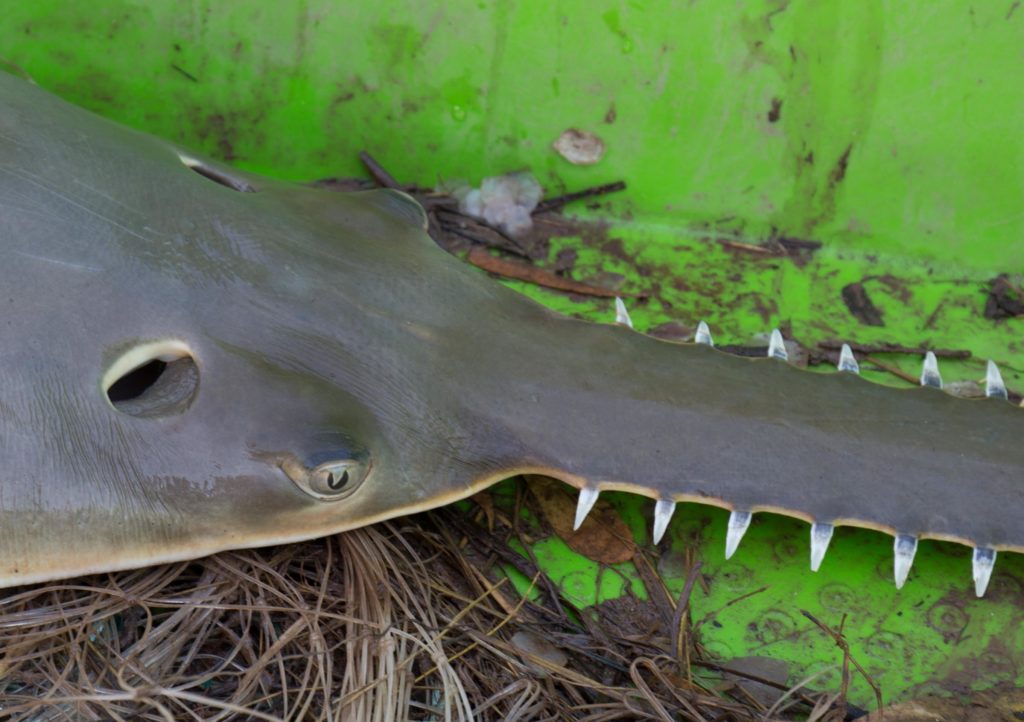 We came, we saw (fish). Sawfish may look formidable, but they need our help. These crazy-looking fish are critically endangered, and face threats from fishing and habitat destruction. We were over the moon when we found a good number of sawfish in a river in the Northern Territory, and have been monitoring their numbers, habits and health to better protect them in the future. Dive in for more about how we’re working with Indigenous rangers to survey and safeguard sawfish.

Fast radio bursts on the scene

Faster than a speeding bullet, it’s fast radio bursts. Up until this year, fast radio bursts (FRBs, for short) were mysterious intergalactic visitors, and more elusive than a fork in the workplace lunchroom. Since the first one was detected in 2007 until last year we’d only recorded 30. We changed that with the help of our Australian Square Kilometre Array Pathfinder radio telescope and our friends at Swinburne University of Technology, OzGrav ARC Centre of Excellence, and the International Centre for Radio Astronomy Research. In the last year, we’ve found 20 FRBs, almost doubling the amount of known detections. But we still don’t know where they come from.

Drink your greens in a brocolatte

It’s better to start eating your five veg a day latte than never. While broccoli lattes may sound like just another crazy food trend, they actually address two major concerns in Australia: food waste and poor eating habits. By taking the parts of broccoli stalks that are usually discarded by food producers and turning them into powder, we could save millions of tonnes of food from being thrown out each year. On top of this, the powder form means that it has a wide range of possible uses – while you may not be keen on a broccoli coffee, it makes for an easy (and healthy) addition to smoothies and juices as well. Find out more about how we’re reducing waste with powder-ful new technology.

Go with your gut health

You should always follow your gut… microbiome. Gut health has been a popular topic this year, but misinformation often spreads faster than rumours in a highschool playground. To combat this, we’ve released a Gut Health Cook Book, and complied a handy blog breaking down in the ins-and-outs of your insides.