Is your honey faking it?

Is your honey faking it?

With news that our honey might be cut with artificial substitutes, we look at how blockchain could be used to help solve issues like this in the future. 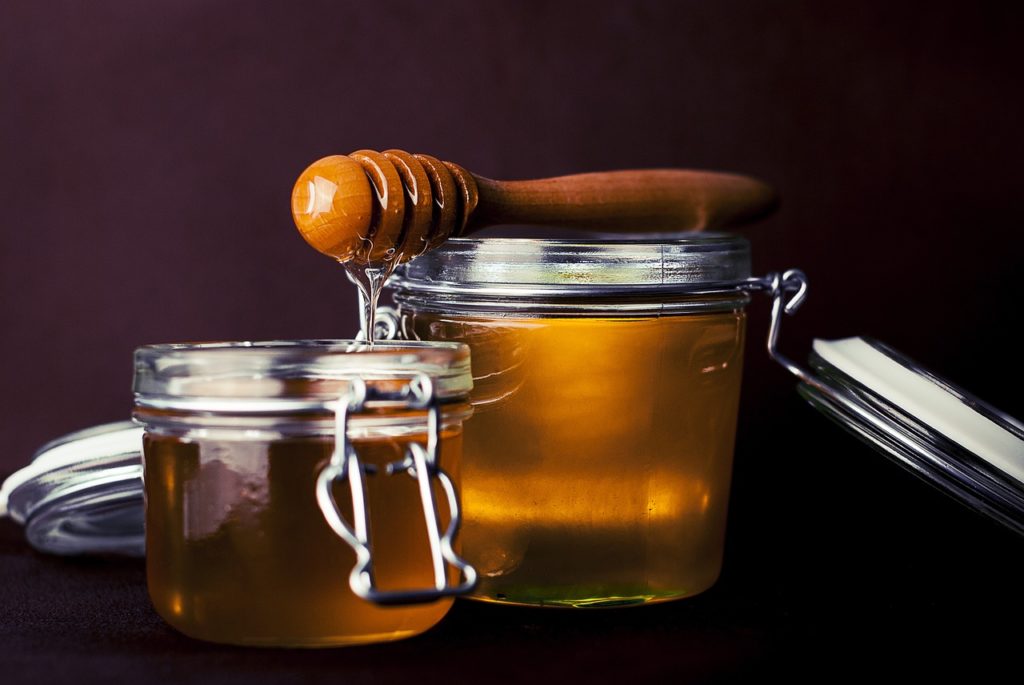 Sweet, sticky nectar of the bees, honey is a delicious naturally sweet treat that humans have been enjoying for thousands of years. But now we’re hearing that what is being sold as 100% pure honey might in fact be tainted with a sugar syrup that looks, smells and tastes just like the real deal. Winnie the Pooh would be shocked and appalled.

Australian beekeepers produce between 25,000 and 30,000 tonnes of honey per year. But it’s not enough. Lots of honey pots on our supermarket shelves are made from imported products or a blend of local and imported honey. So it can be difficult to track just where it came from and what it contains.

Testing such blended and imported honeys at Germany’s Quality Services International (QSI) lab that specialises in honey fraud detection has found that almost half the honey samples selected from supermarket shelves were “adulterated”. This means they had been mixed with something other than the product from bees. The samples they tested were all either wholly imported or blends of both imported and locally-produced honey. 100% Australian honey products weren’t tested.

So if it looks, smells and tastes like honey and has some honey in it, what’s the big deal? It all comes down to labelling laws. You simply can’t sell a product claiming to be something it isn’t.

To meet food labelling laws, there are pretty strict processes in place. And they are only getting tighter. Why? Because we Aussies feel very strongly about knowing where our food comes from. According to results from a shared cost survey of 1,700 South Australians, a majority 35 per cent of participants felt that aside from price it was the single most important piece of information on a food label.

Not only do we want to eat local produce, the rest of the world is also keen for our Aussie fare. And with good reason. We have some of the best produce in the world. From honey and wine to meat and dairy, the ‘Australian Made’ label packs a punch overseas. 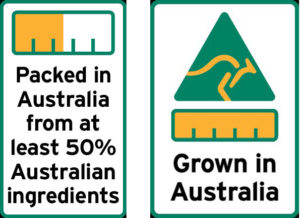 Our country of origin food labels

Tests like those done on honey can not only uncover what’s in a product but also where it comes from. The geographical origin can be a key selling point for food and beverages all over the world. It’s so valuable that some products carry protected designation of origin laws that mean an area has protective rights over a local product. The most common example of this is probably Champagne but there are lots more and it’s becoming increasingly popular.

Another example many people will be aware of is the recent concerns of purity of baby formula products in China. This has made Australian baby formula and powdered milk products very desirable. The problem is that it also opens up the market for fraudulent claims of place of origin for these kinds of products.

Some of our food researchers recently tested eighty-two milk powder from dairy companies located in three major dairying regions of Victoria and eight milk powder samples from one region in Tasmania. Looking at the isotopes found in the milk powders, the researchers were able to ascertain which samples came from which specific locations. Each region’s product showed a distinct isotopic makeup which allowed the researchers to confirm that this approach could help with identifying fraudulent products marketed as from Australia or even from specific geographical regions.

“CSIRO, can’t you make it an easier and clearer to determine where my food has come from?” we hear you asking. Well actually yeah we can.

We’ve been working on a new solution called the Food Provenance Platform. By using blockchain technology we could better track the place of origin of all food products as they travel along the supply chain from farm to supermarket and everywhere in between. Take a simple orange from Mildura in Victoria for example. As the fruit grows, it’s picking up a unique signature at the isotopic level. That isotopic signature contains information from the soil and the water that helped that plant grow and it carries that signature with it forever. As we confirmed in our milk research, these chemical barcodes can help us prove that the product comes from a specific location. Every time that orange moves from one place to the next, its signature still remains. If that orange then travels in a truck with all its orange buddies to a factory in another state, it is logged in the system and its place of origin recorded. Then if it’s made into a marmalade, that’s also logged in the system. And they can still safely say that the fruit came from Mildura. If we picked that marmalade up at the supermarket and tested it, we could still confirm the fruit’s place of origin. If the test failed, we could easily look back through the chain to see where things went awry.

This would allow a product to be tracked through its entire lifespan in a secure blockchain system and reduce some of the hassles of the current process. If this kind of technology existed now, we would probably also be able to identify where in the supply chain the honey we spoke about at the top of this article was adulterated.

Here’s more about how a blockchain system like this would work:

Find out more about our work to make food products that are safe, sustainable and taste great.