Who needs a map when you’ve got Martu art?

Who needs a map when you’ve got Martu art?

Most of us wouldn’t contemplate venturing into the remote central desert region of Australia without a map, not to mention a GPS and a satellite phone in case things got a bit dicey. But for the Martu, who have called the Western Desert home for thousands of years, a map is entirely unnecessary.

A stunning art and multimedia exhibition currently running at the Fremantle Arts Centre, Western Australia, is giving audiences an insight into the depth of local knowledge of the Martu people and the connection they have to their country. It is bringing the desert to the city.

The show, fittingly titled We Don’t Need A Map: A Martu Experience of the Western Desert, features the work of about 40 Martu artists who travelled the 1200 km to present their work in Fremantle. The artists represent many different places across the vast Western Desert and bring their own unique stories to the show. 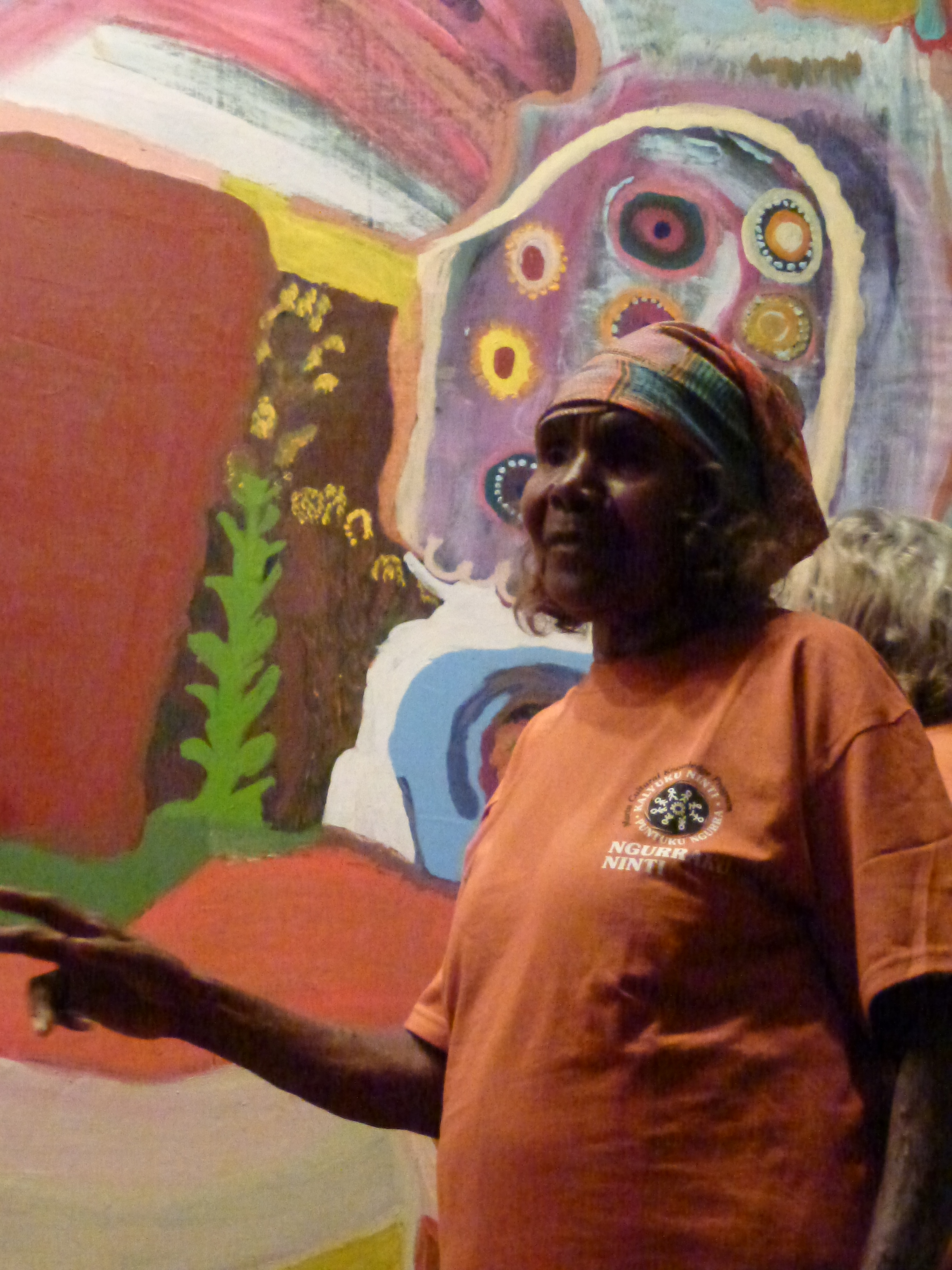 Fiona Walsh, an ethnoecologist working out of CSIRO Alice Springs, has a long association with the Martu. Fiona and her team provided maps, audiovisual material and information to support the exhibition. This included details they had been documenting about the cultural uses of fire by Martu, plant resource use and spatial geography of Martu lands.

A report compiled by Fiona and her team—which features an atlas of geographical and cultural sites on Martu country and reveals how those are represented in Martu artworks—was part of the inspiration for the exhibition. 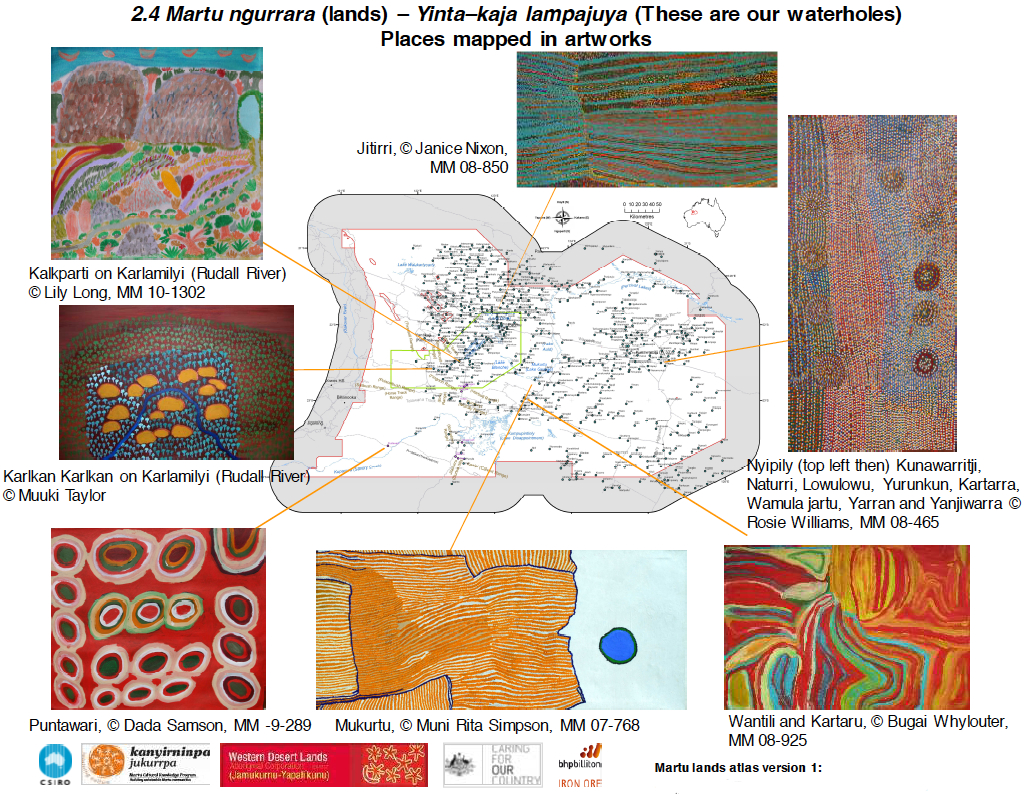 An excerpt from our report that helped inspire the exhibition.

The supplementary information provided by CSIRO was used in a hard copy book and catalogue that accompany the exhibition, and provide a rich and accurate context for the artworks.

Speaking on ABC Radio, Gabrielle Sullivan, one of the show’s curators, spoke of how this approach aimed to make the art more accessible for viewers.

ABC Perth was at the opening and captured the atmosphere in this great photo slideshow.

We Don’t Need A Map is showing at the Fremantle Arts Centre until 20 January 2013. If you’re in the Perth area then why not get along.