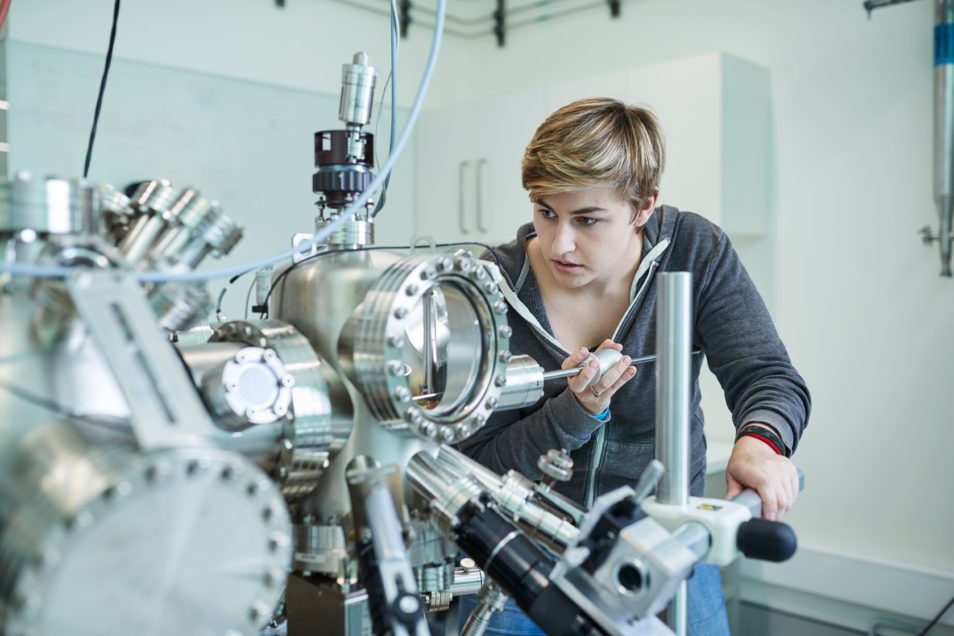 PhD student Georgina Carson working on a scanning tunnelling microscope which allows her to image materials at an extremely small (atomic) scale. CREDIT: The ARC Centre of Excellence for Quantum Computation and Communication Technology (CQC2T)

What is a quantum computer?

Quantum physics explains the behaviour of the world at the smallest scale. Most computers already rely on quantum technologies such as semiconductors and laser optics. But, moving forward, a fully-fledged quantum computer will take our understanding of quantum physics to a whole new level.

Basically, a quantum represents the smallest unit of mass, energy or other physical quantity. Scientists can isolate, control and sense individual quantum particles (like electrons and protons) and their properties. In a quantum computer we use these capabilities to create an entirely new form of computation.

Quantum computers won’t be useful for watching cat videos or posting memes. But they have the potential to solve problems that are impossible on current computing systems. At the moment quantum computers are small and prone to errors. In the future, large-scale accurate quantum computers could help develop new medicines, advance artificial intelligence and engineer energy-efficient batteries. They could also offset the massive amounts of energy consumed by the world’s supercomputers.

What is the quantum advantage?

Quantum advantage is the point where a quantum computer can do something that a normal computer can’t in a reasonable amount of time.

Google claims to have run a computation on their quantum processor in 200 seconds that they suggest would take 10,000 years to simulate on a normal computer. This is an amazing breakthrough for the technology, but it comes with some important caveats:

One opportunity is the development of quantum computer algorithms to speed up machine learning and optimisation processes. Researchers are also looking to simulate the quantum interactions in chemical processes. Google’s CEO suggested simulations run on quantum computers might help identify a more sustainable way to produce ammonia fertiliser, which causes just over 1 per cent of total greenhouse gas emissions.

There are lots of promising applications in the pipeline. However, the truth is no one really knows what the most impactful applications of quantum computing will be yet. Imagine you could go back in time before we invented computers. You would have no possible way of understanding what we use them for today. 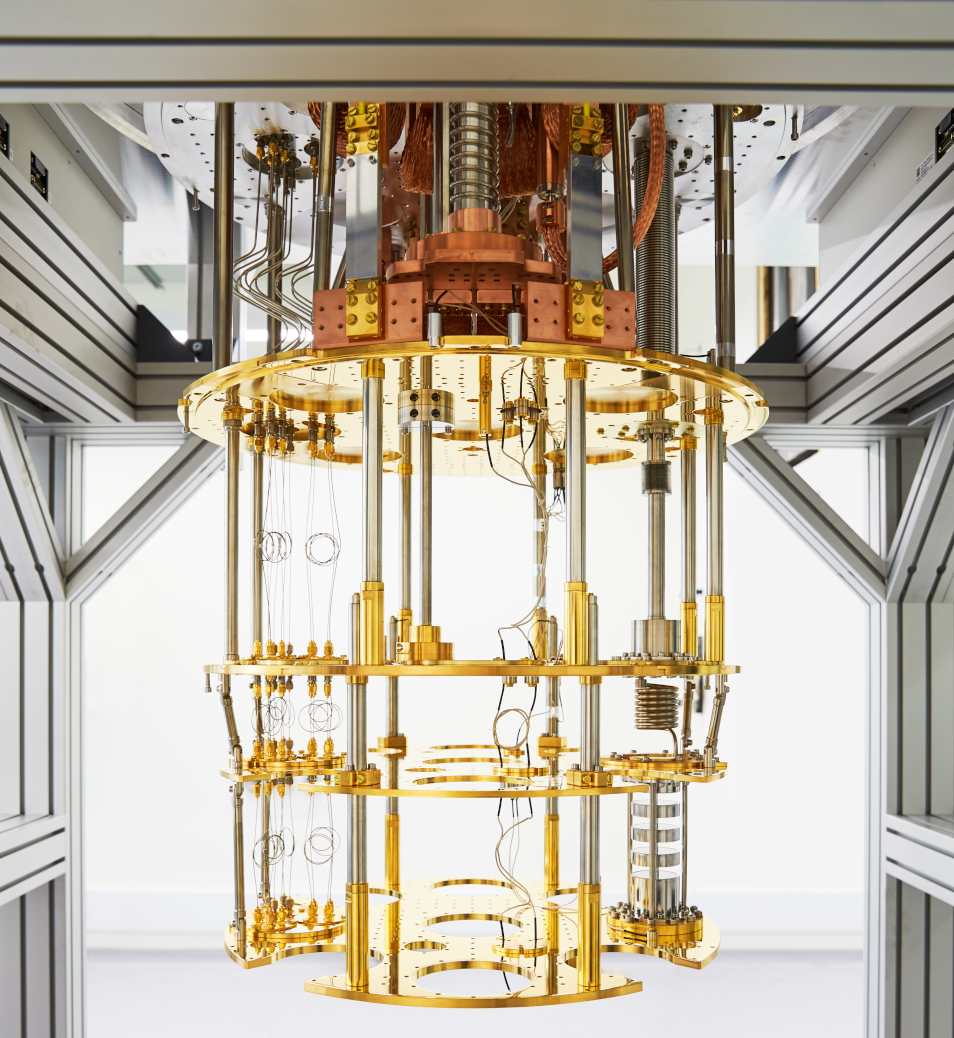 Australia has been home to world-class quantum research for over two decades and there are a growing number of Australian companies commercialising solutions developed in Australian research labs. The sector is poised for further growth with new start-up ventures emerging. This includes Nomad Atomics, Quantum Brilliance and Redback Systems who are among the latest cohort to participate in our On Accelerate program.

But how can the sector move forward into a thriving, globally competitive industry?

Our Chief Scientist Dr Cathy Foley and our strategic advisory arm, CSIRO Futures, have been working with Australia’s quantum technology sector on a roadmap. Through interviews, workshops and responses to a discussion paper, we have defined the opportunities and actions needed by all players in the quantum ecosystem.

By 2040, a quantum technology industry could support 16,000 jobs and create over $4 billion annual revenue. In addition to quantum computing, we expect valuable opportunities in the commercialisation of precision sensors and high-security communications technology. 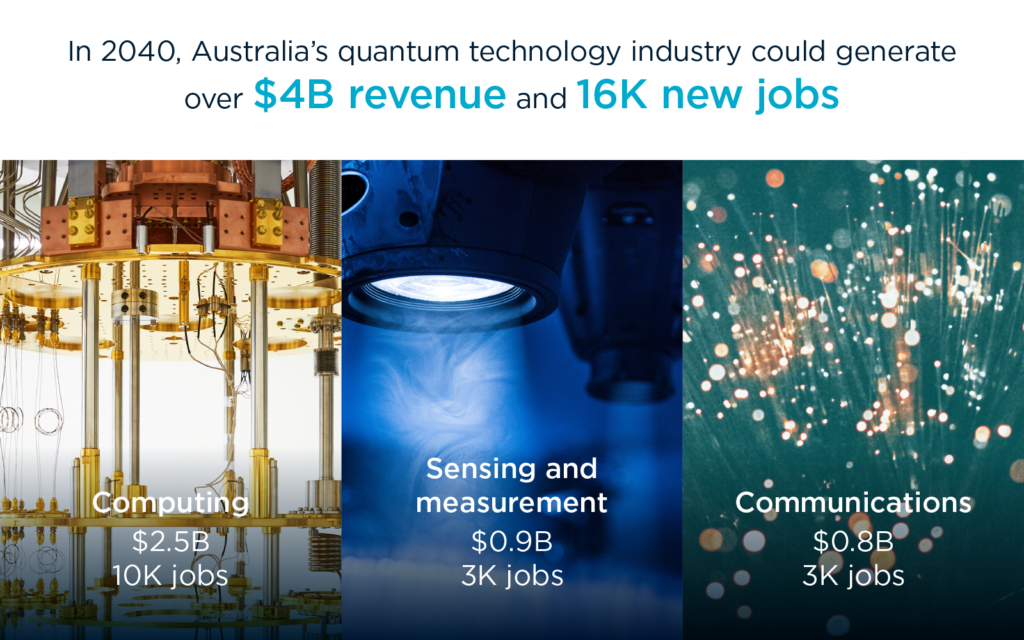 Dr Foley said to realise these opportunities, we need a national conversation about a coordinated approach to growing a domestic quantum economy.