Five tips for replanting your garden after bushfires

Five tips for replanting your garden after bushfires

Australians are starting to return to their homes and rebuild their lives after the bushfires. Creating a garden can be an important part of the process of recovery and reconnecting. 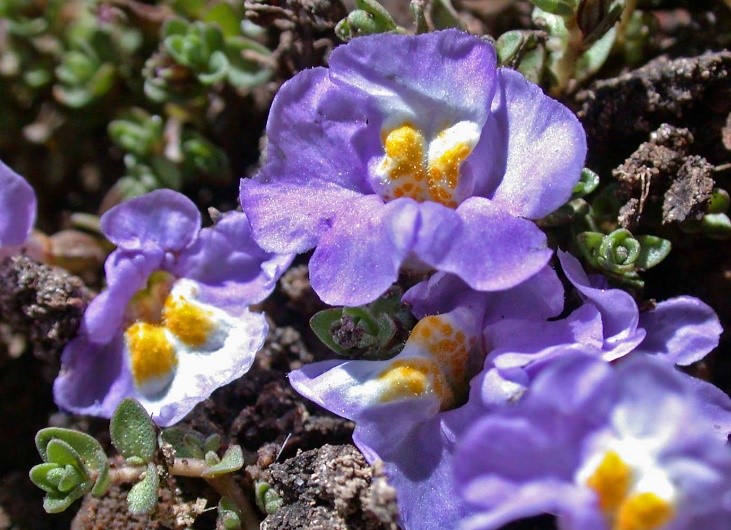 The Creeping Monkey-flower (Mimulus repens) is an Australian native that has low flammability can be a good garden plant to choose for bushfire-prone areas (Image: Boobook48 via Flickr)

Many people are now returning to their homes and starting to rebuild their lives. Creating a garden can be an important part of the process of recovery and reconnecting. So, how should you go about replanting? 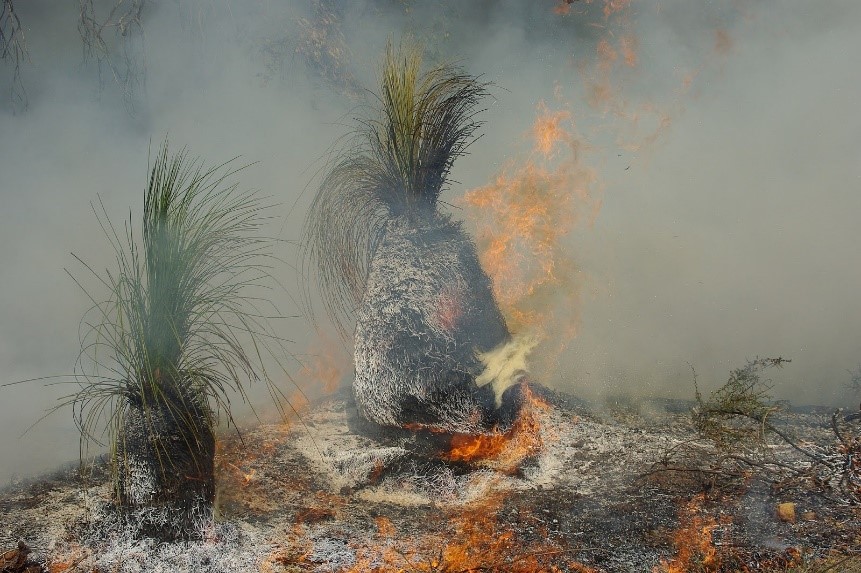 Don’t rush out to replant. Replant when it’s cooler and after there has been some rain. Checking if there is likely to be ongoing rain can be helpful. If it’s going to be drier than normal, maybe wait a little longer.

In southern Australia, plants are likely to establish better in spring. If you plant now, during summer, you’re going to put the seedlings under more stress due to high summer temperatures. Planting in late winter or spring will give your plants a better chance of surviving, as there will be water in the soil and (hopefully) spring rain on the way.

If you have a large block, you can take this ‘wait and see’ approach a step further. We recommend allowing the native bush to recover and regenerate itself. Many of our Aussie plants are adapted to survive in a bushfire. Native bush should recover on its own. There are some exceptions: for example, where a fire sensitive plant community (like a wetland) has been burnt in an unprecedented way or if the fire was extremely hot.

You can encourage the natural regeneration of plants by removing livestock and controlling weeds, which may be more likely to grow after the fire. This will help the ecosystem, with resilient local native species, to recover on its own. 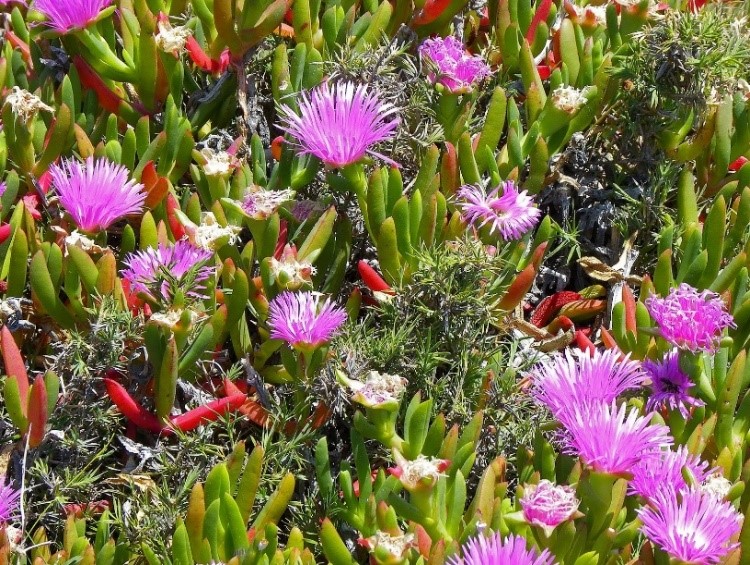 While you’re waiting for the cooler months, use that time to plan a ‘fire-smart’ garden. It’s not just about what species you plant: consider the design, or landscaping, of your garden. This can help reduce the impact of direct flames, radiant heat and embers on your house, and reduce its vulnerability. For instance, some people recommend a row of dense tall shrubs to act as wind breaks and ‘ember catchers’ around the perimeter of the house. There are some great books available, including Joan Webster OAM’s work on ‘fire-smart’ gardens, and Australian Garden Rescue: Restoring a Damaged Garden by Mary Horsfall.

During a bushfire, the type and amount of plants around your house can play a large part in whether your house survives. You can control the amount of fuel near your home by carefully designing your garden and choosing the right plant species. Reducing the litter layer under trees is also important to reduce fuel load. Some of our research has found that unkempt gardens that were full of debris (fallen litter, twigs, branches) are more likely to lead to a damaged or destroyed house.

The Tasmanian Government publication Fire retardant garden plants for the urban fringe and rural areas (PDF, 599KB) states: “Fire retardant plants can absorb more of the heat of the approaching bushfire without burning than more flammable plants. They can trap burning embers and sparks and reduce wind speeds near your house if correctly positioned and maintained. Fire resistant ground covers can be used to slow the travel of a fire through the litter layer. Fire resistant shrubs can be used to separate the litter layer from the trees above.”

So, if you’re going to replant with native plants, which species are best for you? It really depends where you live. Talk to your local native plant nursery about the best species for you. The CFA’s Plant Selection Key helps you choose plants for a high bushfire area. And groups like the Australian Plants Society, have created lists of fire resistant or retardant plants, including some beautiful trees, shrubs and ground cover, like: 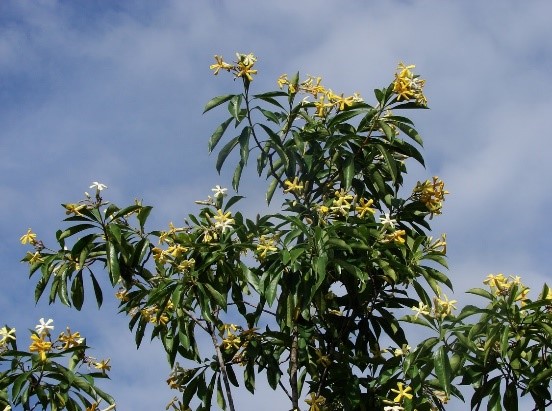 Native frangipani is an Australian trees with low flammability (Images: Tatter via Flickr)

Non-native species can also have low flammability and create attractive gardens. If you choose non-native, fire-resistant species for your garden, we advise you to take care that they’re not species likely to become invasive in nearby bushland. For example, planting non-native invasive species in close proximity to water bodies can create havoc with our waterways. Be aware that even plants considered to be ‘fire resistant’ will burn if they become dry enough. 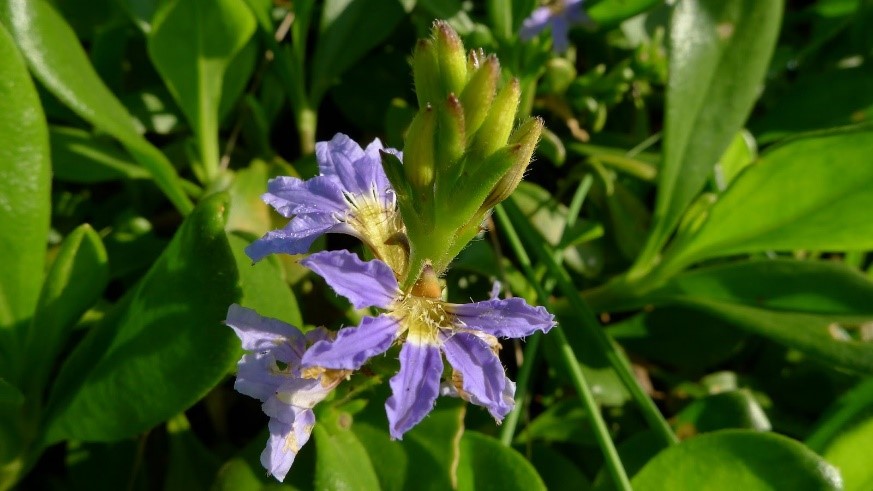 Some plants are highly flammable. Many of our Australian plants, like eucalypts, have highly combustible leaf litter, and peeling or ribboned bark. This, combined with volatile oil in their leaves, makes them a hazard to have close to your home during a fire.

The Australian Plants Society suggests avoiding species like these near your house:

The suggestions of plant species above are not complete lists. It’s best to contact your local native plant nurseries when deciding on what species to replant. The staff will know what the best species are, and they can also let you know about a plant’s ability to regenerate after fire. 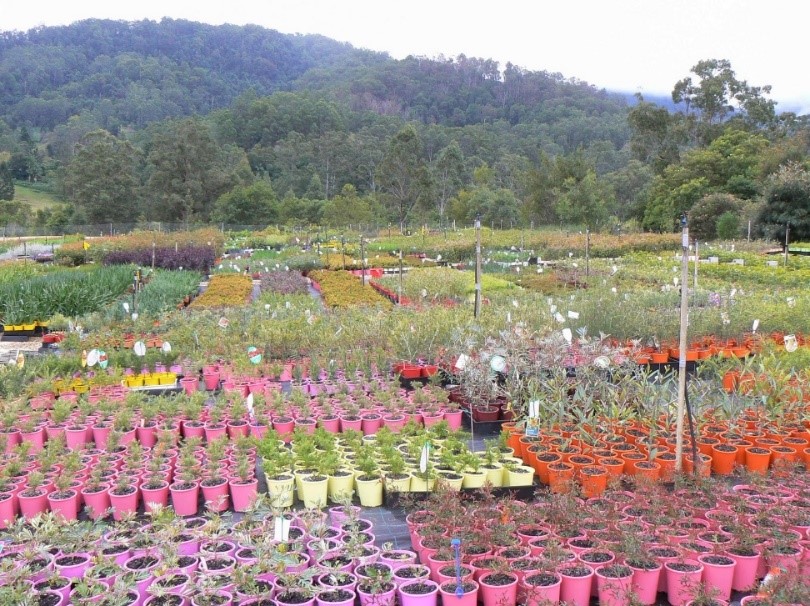 Some things to remember when replanting your garden

If you’ve been hit hard by the recent bushfires, remember that recovery may take some time. Nevertheless, we can take heart from the extraordinary resilience of many Australian plant species even to the hottest of fires. 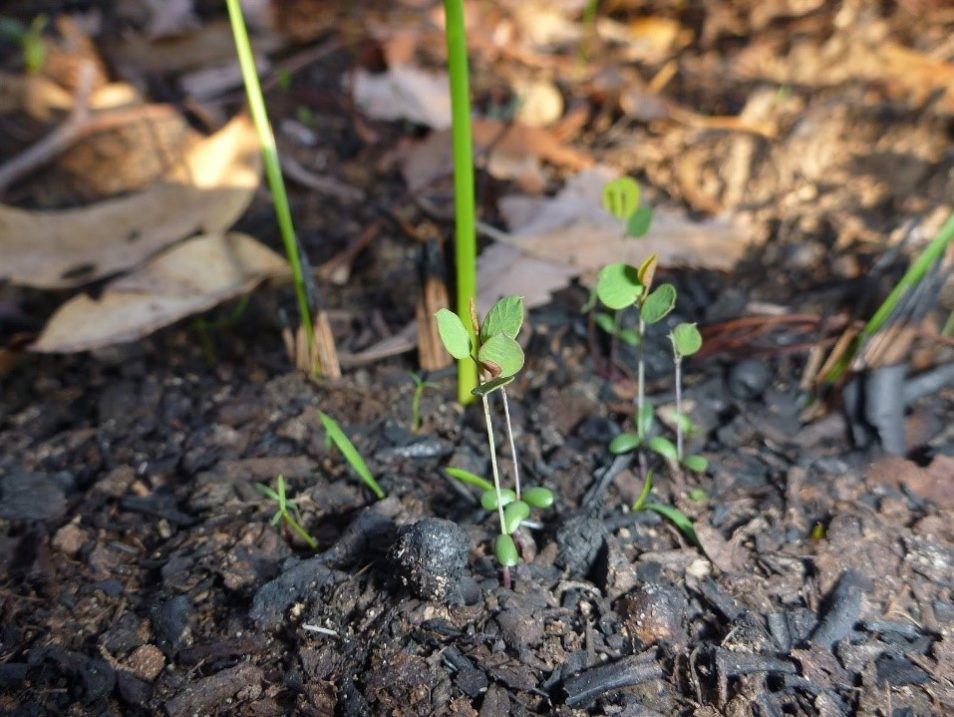