What do termites, cuckoos, and salamanderfish get up to over Christmas?

What do termites, cuckoos, and salamanderfish get up to over Christmas?

While we are busy preparing for Christmas and our holiday break, the rest of the animal kingdom has their own problems to deal with. This is a quick look at some of Australia's other festive seasons. 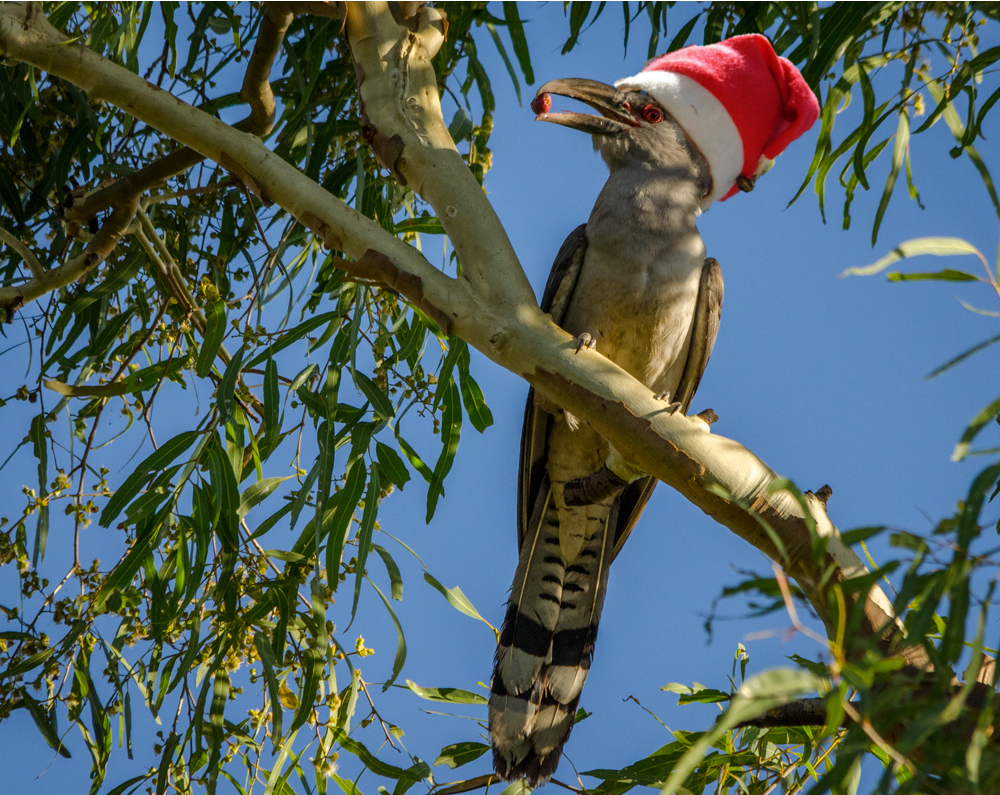 Over Christmas the channel-billed cuckoo has some other bird look after her child while she absconds to Indonesia. Don’t be jealous, it’s a long flight.

This is our first of three Christmas-themed posts – enjoy!

The holiday period can seem like a month-long headache for us humans. As a species we go into overdrive: preparing our offices for hibernation while we hurriedly fossick for gifts and forage for Christmas feasts. Many of us also dedicate time gathering our familial herds – for better or for worse – while a lucky few are even able to migrate north (or south or east or west) for the summer.

But we’re not the only ones that get busy at this time of year. There are countless thousands more animals and plants that are saddled with similar chores to us (albeit without the seafood dishes and Christmas crackers). They too must weather the blistering heats, and keep themselves and their relatives cool, fed, and hydrated.

Here’s a brief low-down on what the holiday season means for Australia’s non-human residents.

Running a kingdom is tough work: workers and soldiers must be kept inline, and young, vulnerable individuals must be cared for and nourished. And when the population grows into the thousands or millions, the exposed Australian landscape is no place for such an empire.

As our year closes to an end, the summer sun heats up our country, releasing water into the air, thus bringing our above-ground climate to the temperature and humidity loved by termites. The termites use this climatic window as an opportunity to expand their empires. 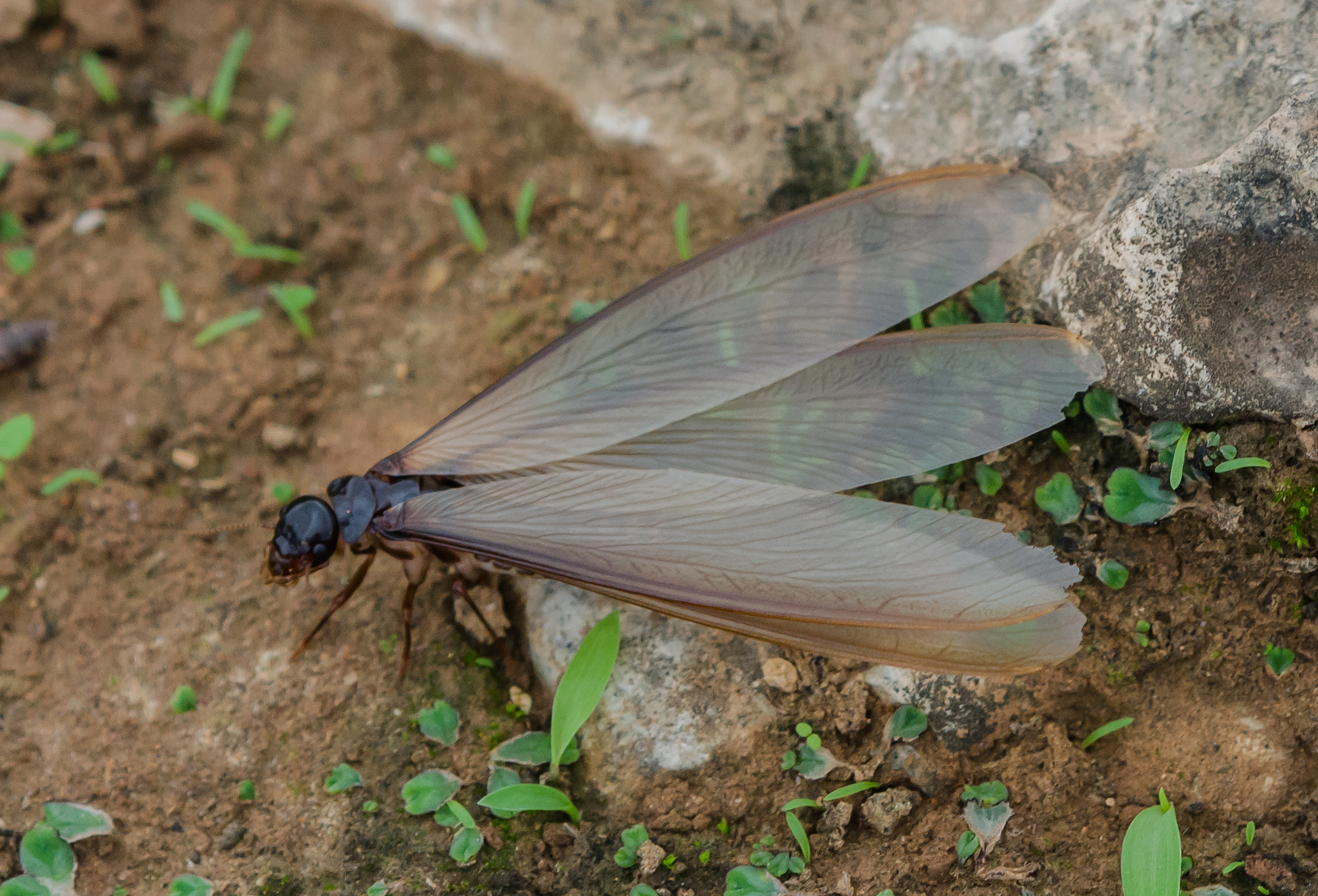 With his or her chances of success, there’s no point in even bothering. Moayed Bahajjaj/Flickr (CC BY-NC-SA 2.0)

Starting in November when the conditions are just right, sexually active termites grow ephemeral wings and leave the nest. The air becomes filled with pioneering couples, searching for the ideal log or mound to start the next generation. 95% of couples will not survive their first week, likely ending up in ponds, pockets, and ear canals. 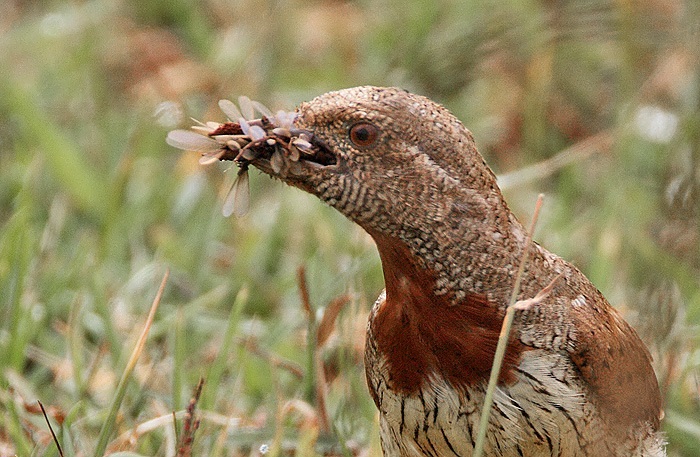 For the few lucky couples that make it, they will begin their new colony and reign for up to 45 years together, as king and queen, producing offspring to take flight each Christmas.

The journey of the “Christmas beetles, the quintessential insect of the summer festive season…” is also one of patience and timing, with the insects spending their lives underground as grubs before metamorphosing as those brilliant, clumsy creatures we know and love. Their full story has already been covered by us, here.

You’ve probably heard enough from these birds to last you a lifetime, but, after reading their plights, their cacophonous calls might seem slightly more bearable. If you are on the eastern or northern coast, the two birds you’re likely to hear this time of year are both cuckoos: the Pacific koel and the channel-billed cuckoo.

The koel’s characteristic calls (found here and here) can be heard before or during storms, and about 3 hours before your alarm’s set to go off.

The channel-billed cuckoo is an enormous bird with a very distinct and coarse ‘hoink’. The channel-bill can often be heard hoinking as it flies gracefully overhead. 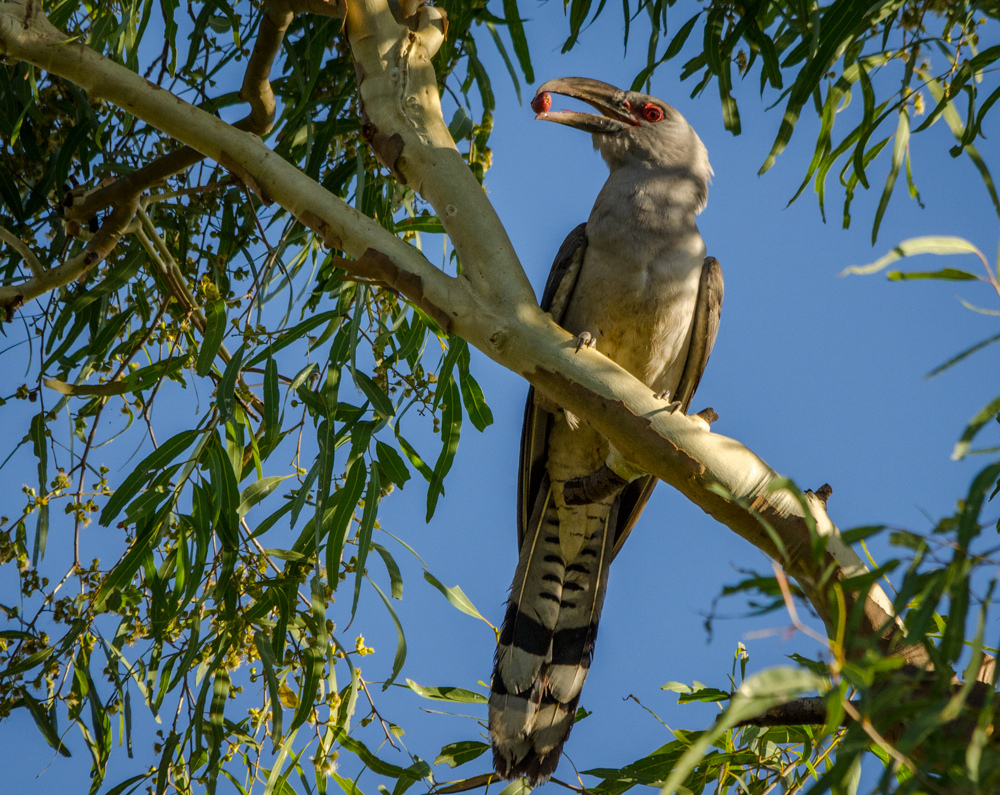 A nest parasite with a horrendous voice that only a mother could love (but she left anyway). Imagine feed James Niland/Flickr (CC BY 2.0)

For both of these species, ’tis the season to be breeding. In spring and summer the birds fly to northern and eastern Australia all the way from Indonesia and New Guinea. And over the holiday period they meet up on our shores and seek out a nest. Since they are cuckoos, they make their living off the backs of others. They don’t make their own nests but take advantage of the onerous nest making of other species.

An ‘eggnant’ cuckoo will seek out the nest of a host bird species, such as a wattle bird for the koel and a currawong for the channel-bill. To salt the wound, some cuckoos will destroy any already-present host eggs.

Upon hatching, the cuckoo chick squawks incessantly to the host mother for food. And since the mother and child are different species, a parasitic cuckoo chick can be many times larger than the host, forcing the host mother’s beak to the grindstone to gather enough food for her gargantuan faux-spring:

The offspring is raised until its large enough to make the flight back up north to Indonesia early the next year.

These birds can survive in urban environments, so if you keep out a sharp ear and eye, you may be able to spot one.

These cuckoos, the koel and the channel-bill, are obligate parasites – meaning they cannot complete their lifecycle on their own and without the manipulation of their host. So don’t be angry at those slacker cuckoos, they’re simply doing what has worked for them for myriad generations, what is best for their kids.

If, every summer, your oxygen supply were to disappear for a few months, how would you cope? Not well, we imagine. For aquatic animals who live in temporary billabongs in Australia, this is exactly what happens each holiday season or dry spell. Under such extreme pressures, natural selection has generated wonders, wonders like our salamanderfish: 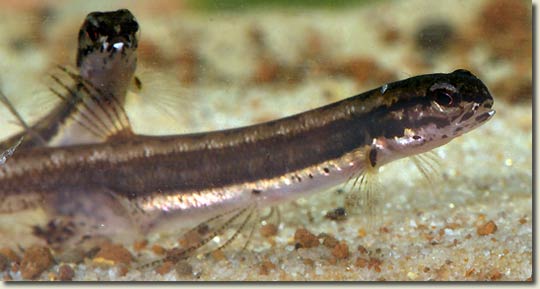 Salamanderfish are difficult to find – especially over Christmas. They are just 7 cm long and only exist in the southern-most, western-most corner of our country in freshwater pools only present for part of the year.

When there is water for the salamander fish, it is highly acidic and tannin-rich. Tannins are the chemicals that leach from leaves, giving tea its characteristic colour and flavour. And speaking of tea, salamanderfish live in water that is so acidic, its pH is somewhere between that of a cup of tea and lemon juice.

Over summer they have an interesting…what’s the opposite of a ‘sea change’? For salamanderfish, the holiday season is an upheaval of their fishy lifestyles. When their ponds dry up, they bury half a metre underground, create a membranous cocoon, and chillax under the sand for months at a time, waiting out rains and summer’s end.

Taking a quick summer tour around the rest of the country, on the Western Australian, Northern Territory and Queensland coast, green, flatback, and loggerhead sea turtles are coming ashore to lay their eggs, and some earlier laid hatchlings are digging free and making the treacherous trip back to the ocean.

All around the country male frogs such as the corroboree and motorbike frogs are preparing their nests and vocal chords to catch the attention of female suitors to produce offspring in the new year.

On the south eastern tip of Australia, male brown fur seals are competing fiercely for territory. Female fur seals are arriving to pick suitors with territory close to the water’s edge. Many fur seals are breeding, and many are giving birth, since their gestation period is around a year.

On the Great Barrier Reef, corals of all shapes and sizes are releasing clouds of eggs and sperm into the waters, a gambit that relies on the currents for fertilisation. 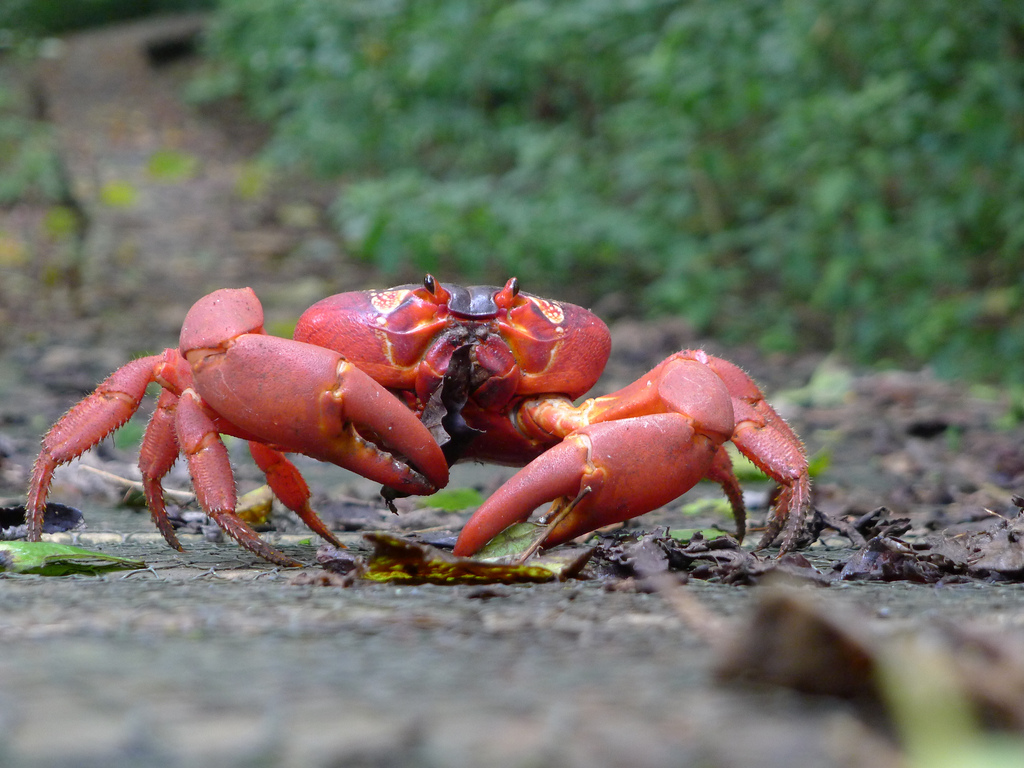 The wet season on Christmas Island means a lot for one species of crab. Since crabs use their gills to breathe, the humid summer air allows the Christmas Island red crabs to make their annual migration from the forest to the coastline to meet and breed.

And along the eastern coast, the blue blubber jellyfish (Catostylus mosaicus) or ‘jelly blubber’ populations are blooming with the increase in temperatures and prey: fish larvae, plankton, and crustacean larvae.

So over the next few weeks when you are stressing out at the bustling shopping centre, or fussing over a stove with four occupied hot plates, remember those starry-eyed termite couples with a miniscule chance of survival, the cuckoos using their wrists to fly here from Indonesia, and the salamanderfish lying underneath kilos of mud awaiting the next storm cell.

Previous post:
PULSE@Parkes in Japan 2014, Part 2
Coming up next:
Waking Up to New Horizons