Waking Up to New Horizons

Waking Up to New Horizons

I guess we all love to sleep in on a Sunday morning, maybe just snoozing under the doona, laying there for a few hours before getting up for a late brunch. Ah! Luxury.

On Sunday 7th December 2014, the New Horizons spacecraft, 5 billion kilometres away from the warmth of Earth, had little time to sleep in. It was ‘wake up’ day. The final awakening from hibernation for the next 2 years until well after its encounter with rapidly approaching dwarf planet, Pluto, set for the 14th July 2015.

Waiting back on Earth to hear the spacecraft’s morning ‘alarm’ go off was the giant 70 metre antenna dish at the CSIRO-managed, Canberra Deep Space Communication Complex – Deep Space Station 43 (DSS43). 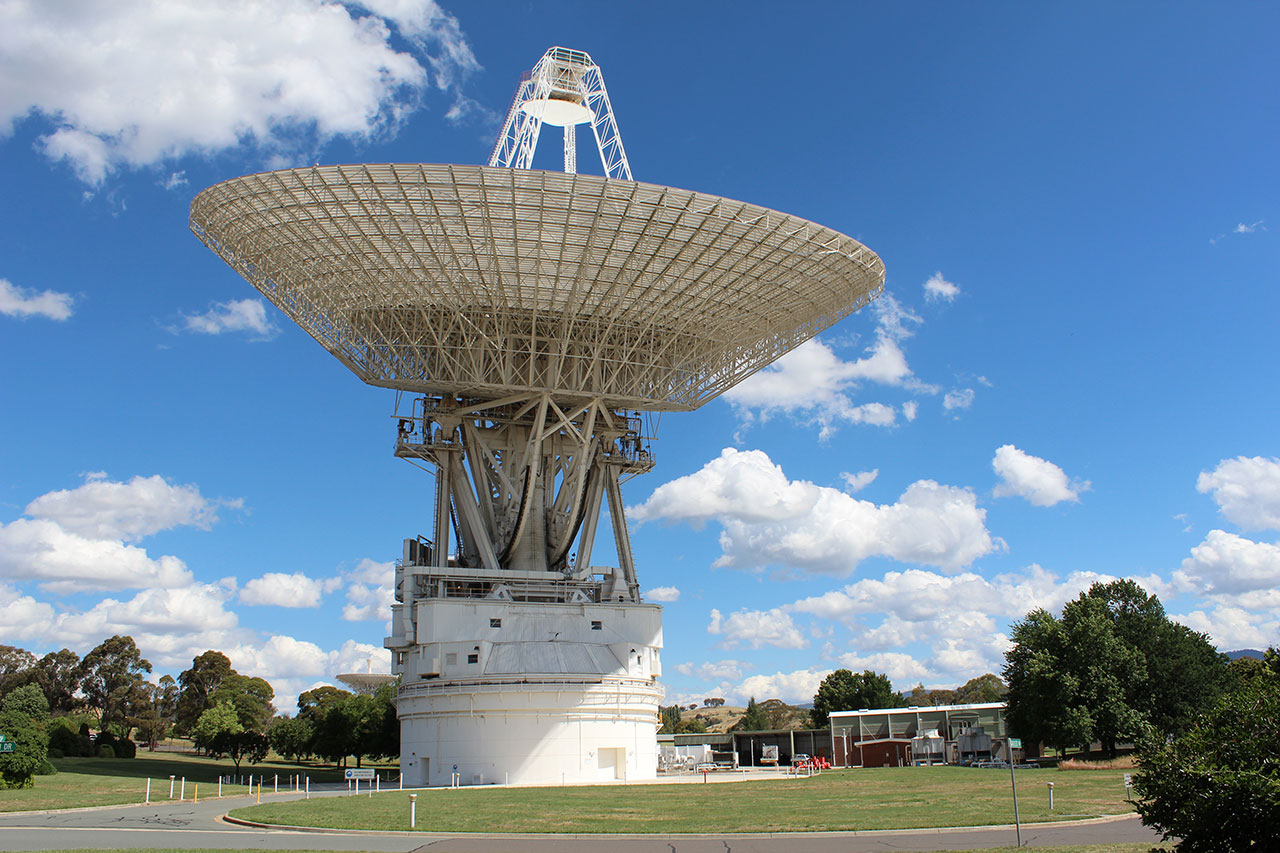 Covering a distance of nearly 4.8 billion kilometres, New Horizons signal was travelling through space at the speed of light, telling home that it had awoken from final hibernation – periodic times during the mission when the spacecraft’s instruments are shutdown to preserve the systems during the nine year long journey. Nearly 80% of New Horizons journey has been spent in this sleep-mode. 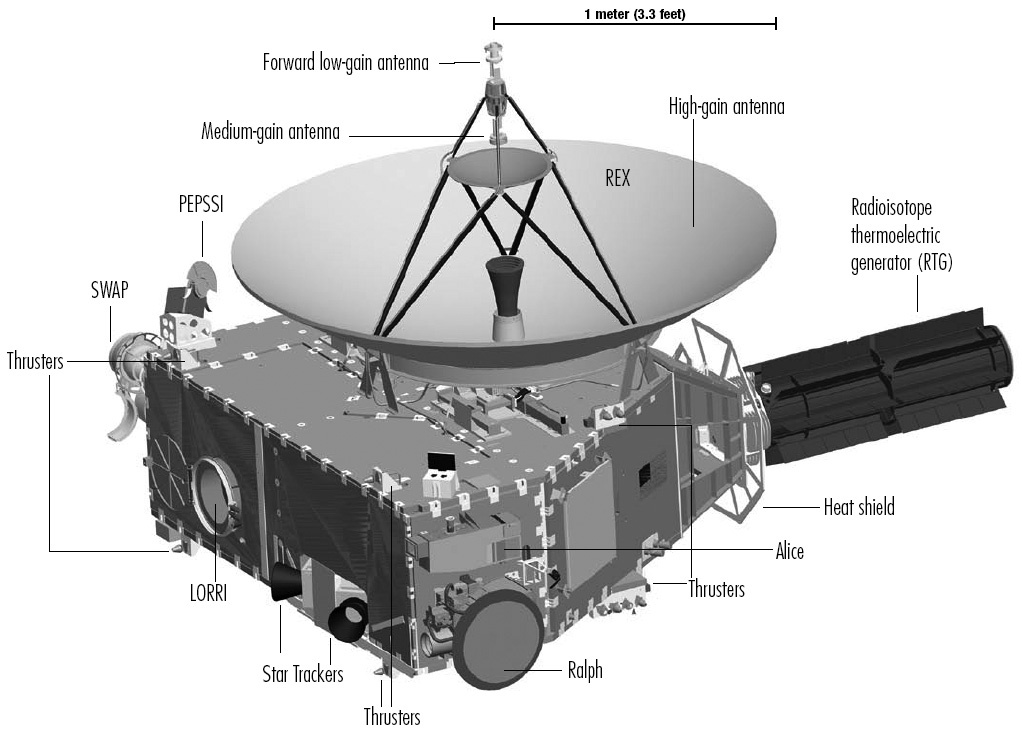 A diagram of the spacecraft and its suite of science instruments. Image: NASA/JHUAPL

The spacecraft’s transmission was received 4 hours and 26 minutes later at DSS43, with NASA confirming, at 1.53pm (AEDT), the news that the New Horizons team wanted to hear, “It’s Alive!” 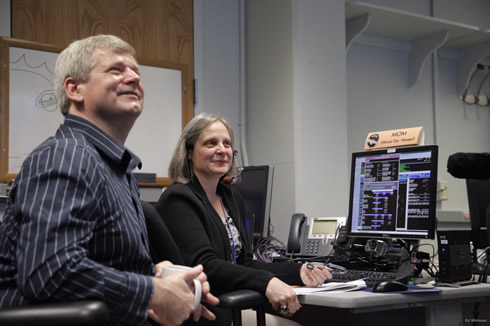 New Horizons’ mission operations managers were all smiles as they received news that their spacecraft had awoken. Image: NASA/JHUAPL

Over the next few weeks, the mission team will do the final checkouts on all the spacecraft’s systems and on January 25th will commence an imaging campaign taking a photo of Pluto and its large moon, Charon from 203 million kilometres away.

Nearly daily images will be taken to further refine the understanding of Pluto’s position and the precise locations of its five known moons. This information will allow the mission to plan any changes required to the spacecraft’s trajectory should a previously unknown moon or debris material pose a threat to the mission. 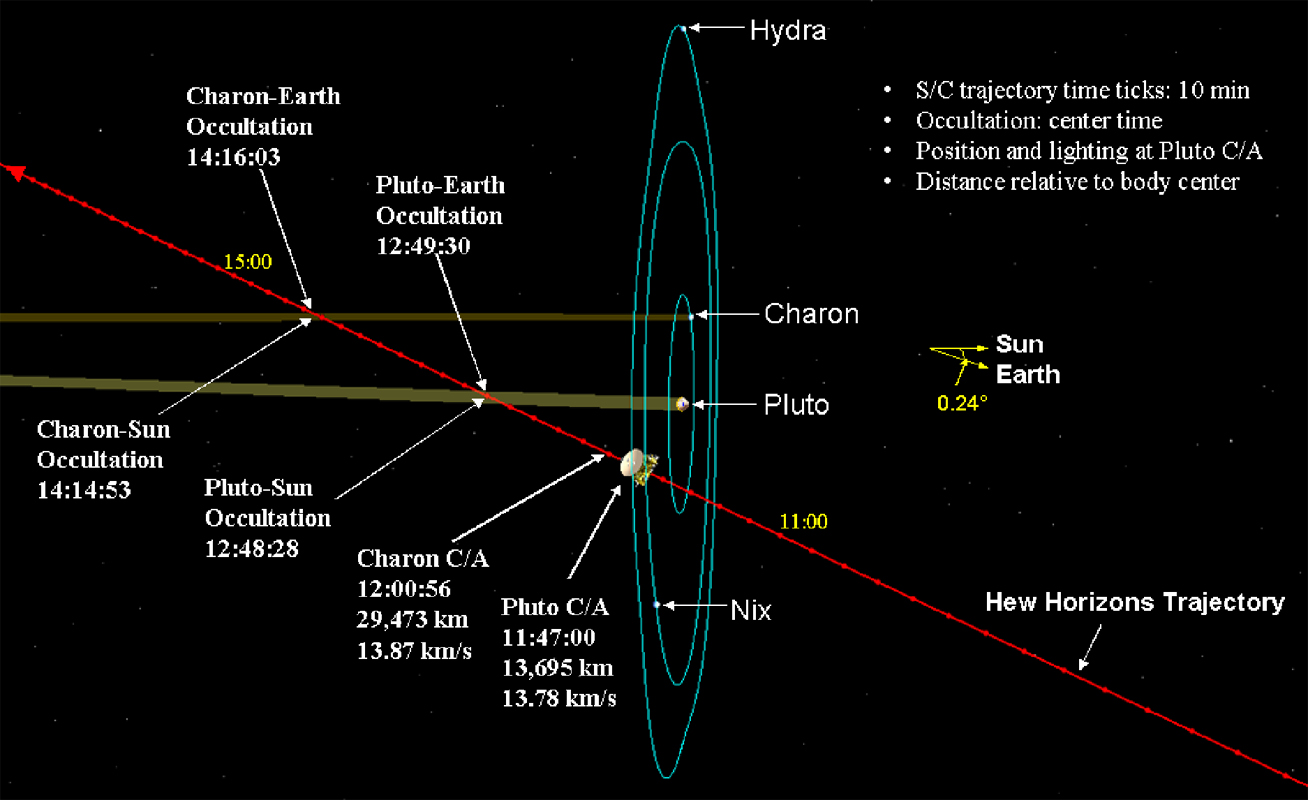 As the spacecraft continues to approach the Pluto system, the resolution of images will dramatically increase, and this far off place will no longer be just a fuzzy point of light – as the Hubble space telescope sees it now – but be revealed as a whole new world to learn about and explore. 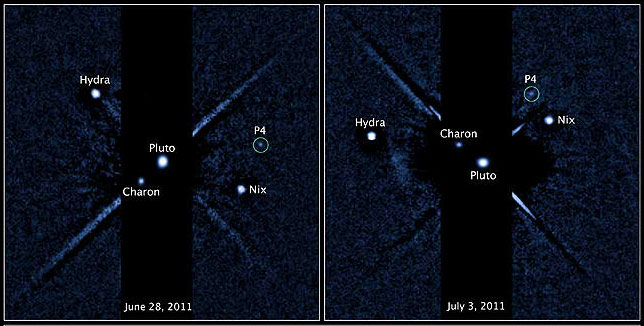 The mission team at NASA and the Johns Hopkins University Applied Physics Laboratory are making final preparations for the spacecraft’s historic encounter with Pluto. The antennas of NASA’s Deep Space Network, including the dishes in Canberra, stand ready to receive their discoveries. 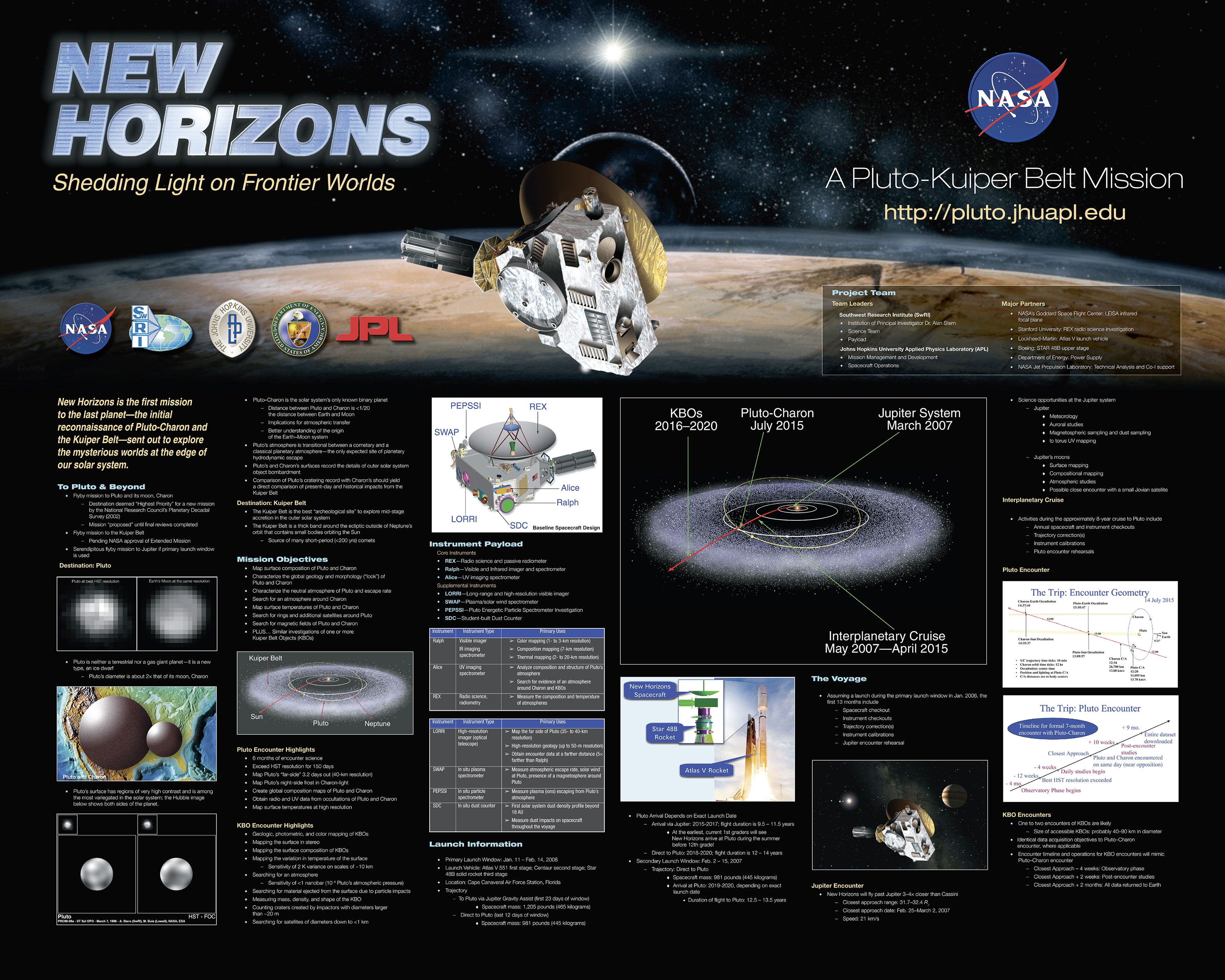 Everything you wanted to know about the mission. Image: NASA/JHUAPL

After nine years, 5 billion kilometres and travelling at nearly 16 kilometres per second through the cold blackness of space, New Horizons is awake, wiping the sleepy dust from its eyes and getting the robotic version of its morning coffee.

So what did you do with your Sunday morning?

For more information on the New Horizons mission, visit its website.

Previous post:
What do termites, cuckoos, and salamanderfish get up to over Christmas?
Coming up next:
Heading out on a trial voyage on board RV Investigator