Following our wonderful time in Kagoshima the PULSE@Parkes team headed back to Honshu for the rest of our busy tour. Next up was an observing session for students around the Tokyo region at the headquarters of the National Astronomical Observatory of Japan (NAOJ) at Mitaka. NAOJ operates a diverse range of telescopes and facilities including Subaru, ALMA, Nobeyama Radio Observatory and the Mizusawa VLBI Observatory that we had visited the previous year. 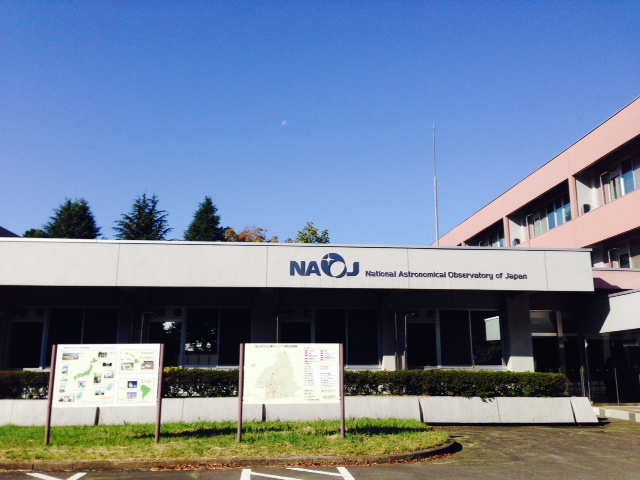 Our Mitaka session was held in the evening to allow students from six schools to participate. As this was our first session in Tokyo we had many NAOJ staff and visitors drop by to view the progress of the session. We were assisted by three NAOJ PhD students plus staff from NAOJ including Kameya-san who had helped us so much on our 2013 tour. This meant that each small group of high school students had their own Japanese-speaking support, greatly facilitating questions and engagement.

Participants at the NAOJ Mitaka session.

Participants at the NAOJ Mitaka session. 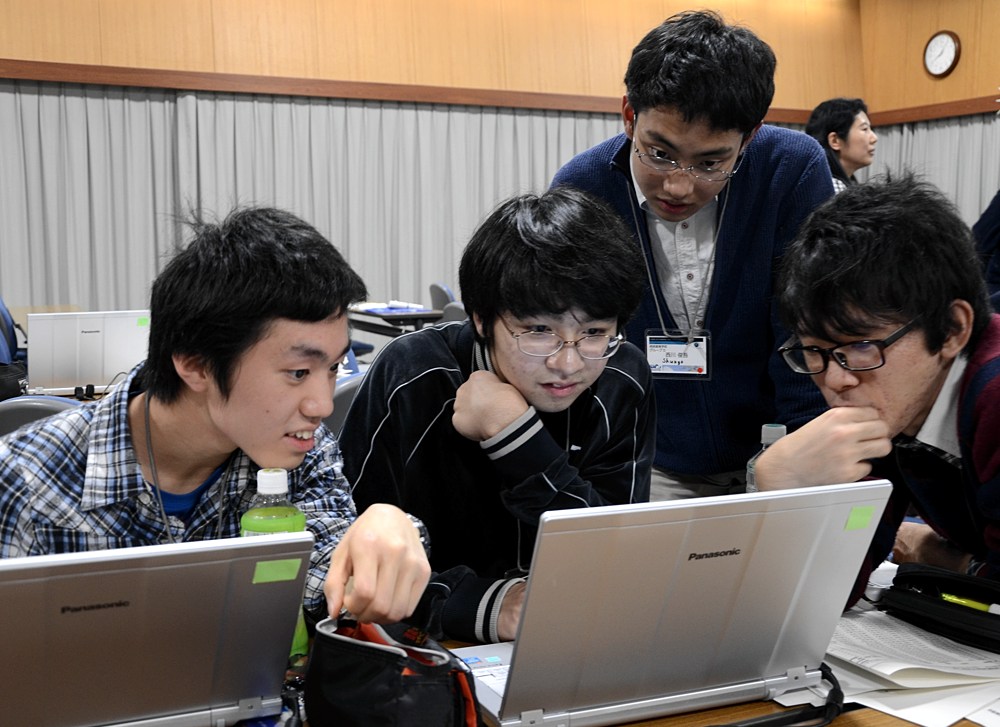 On the Thursday we heading north to Yamagata. We had visited Professor Shibata and his students at Yamagata University for a day last year but this time we were looking forward to running some observing sessions. On Friday we woke to snow in the hills above the town. 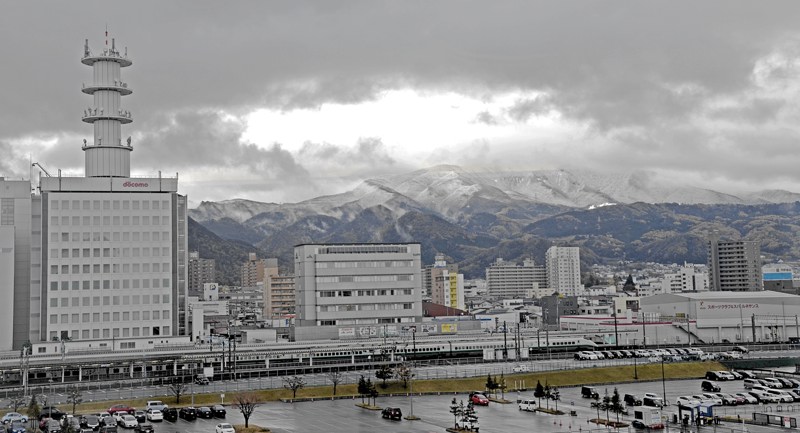 In the early afternoon we ran a test session, joined by four students and staff from Johoku High School who were unable to make the weekend session. After the session Ryan Shannon gave a talk on pulsar astronomy to the undergraduate and post-graduate students and staff from the Astrophysics group of the university. Two of the PhD students, Kana and Satoshi then gave talks about their research. These were given in English, the first time each student had presented in this manner. Despite their nerves both did a great job. Following this we were treated to a suki-yaki dinner prepared by the post-graduate students, we then sat around the table cooking and sharing stories. A fun end to a busy day. 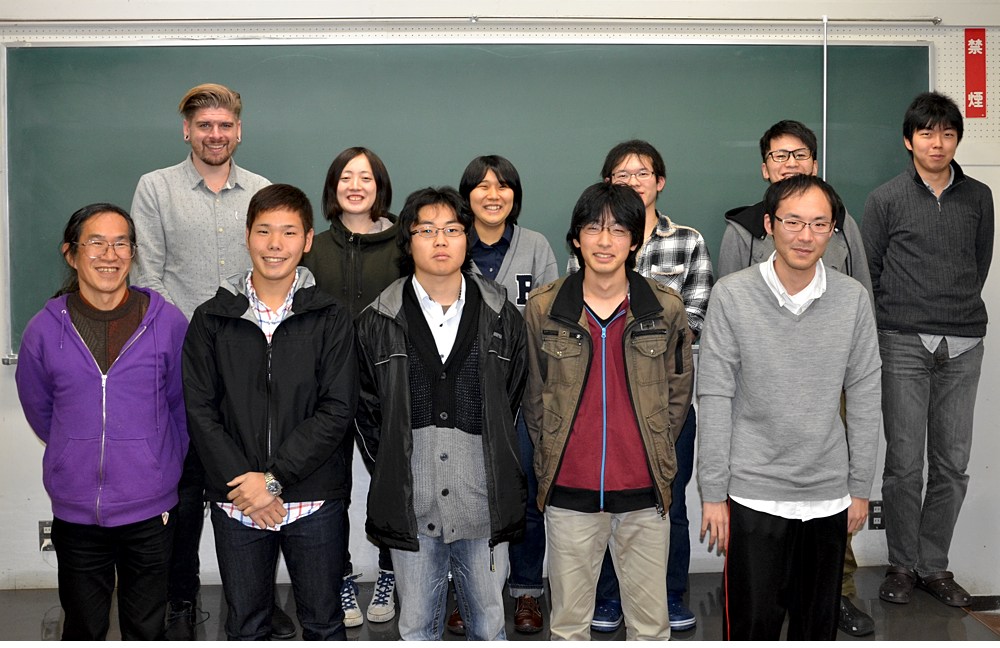 Staff at students at Yamagata University.

Staff at students at Yamagata University. 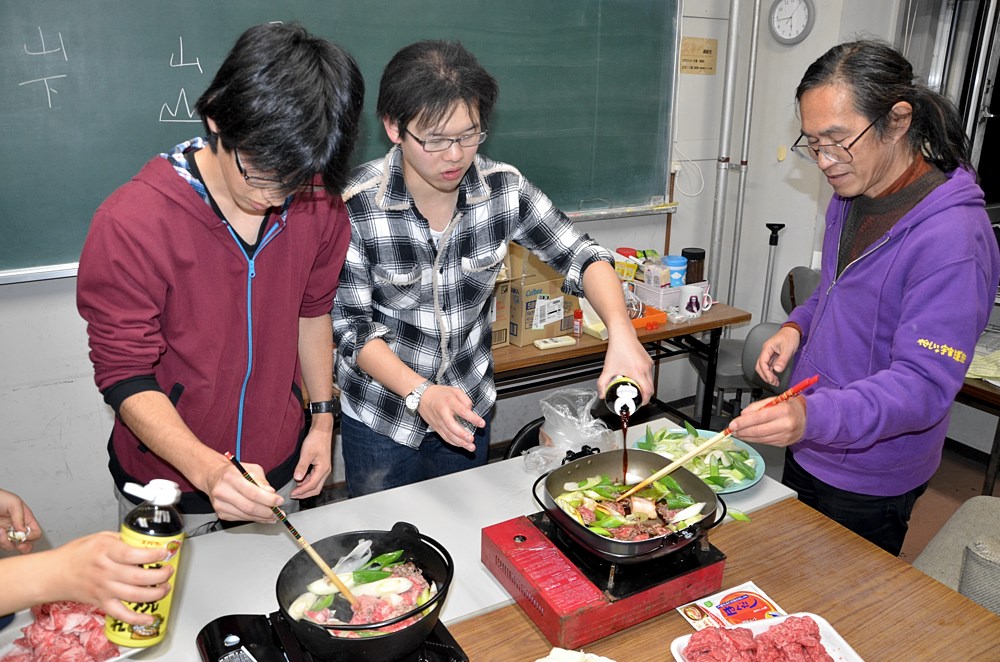 The suki-yaki dinner with Yamagata students.

The suki-yaki dinner with Yamagata students.

Saturday saw us run a full observing session for students from four Yamagata schools. Assisted by a couple of Yamagata PhD students plus staff and Kameya-san up from Mitaka, we had a lively session. A film crew from the local NHK station attended, interviewing the students and Yamagata staff. This featured on the evening news. Unfortunately strong wind at Parkes bought an early end to the observations but we had sufficient observations for each group to analyse their own pulsar. 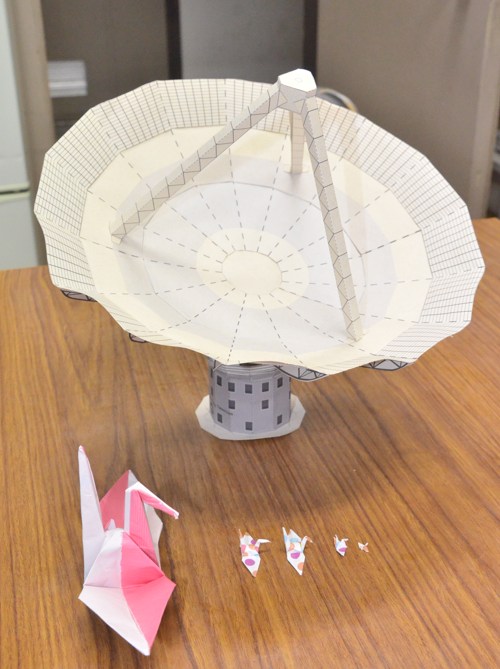 A paper model of the Dish with some Japanese origami birds.

A paper model of the Dish with some Japanese origami birds. 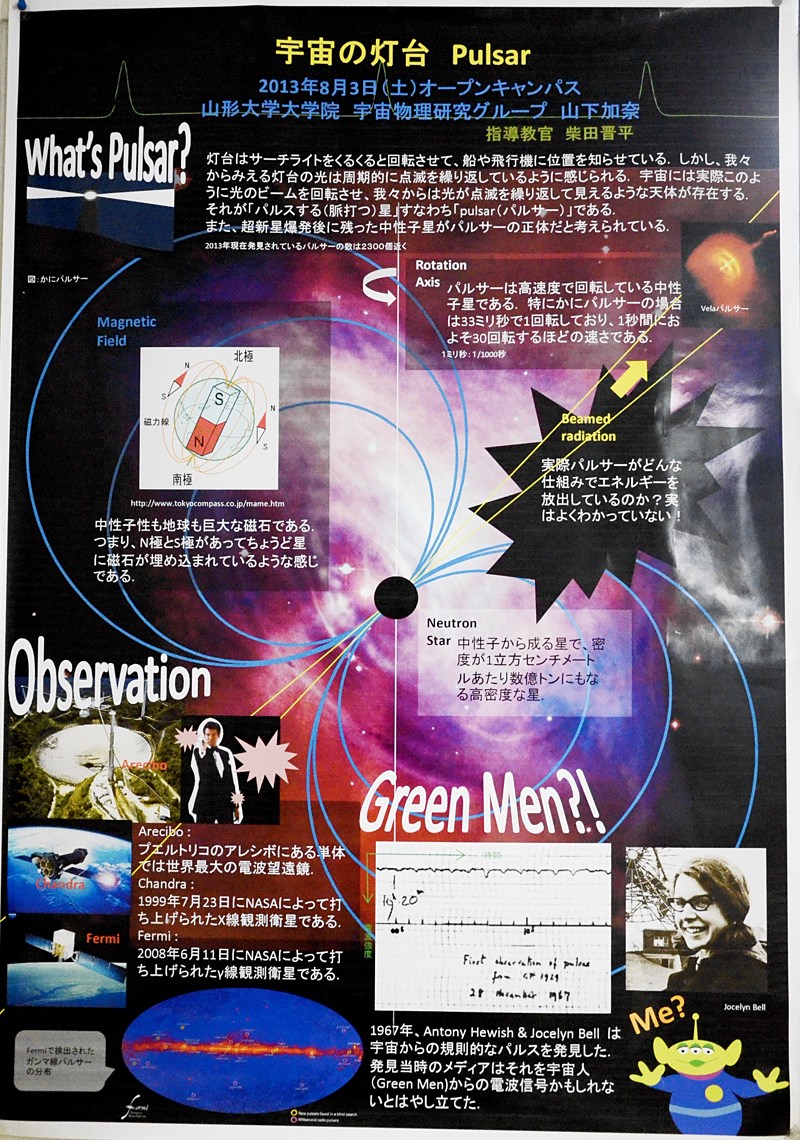 Sunday morning saw us  together with Kameya-san on a one-hour train trip past a temple and up through a scenic snow-lined mountain pass and across to the town of Ayashi. Our venue for today’s final and largest observing session was the Sendai Astronomical Observatory. Originally located in the nearby city of Sendai the public observatory was relocated out to a darker site at Ayashi several years ago. The new facility is very impressive with a 1.3m telescope a large planetarium and extensive range of displays. 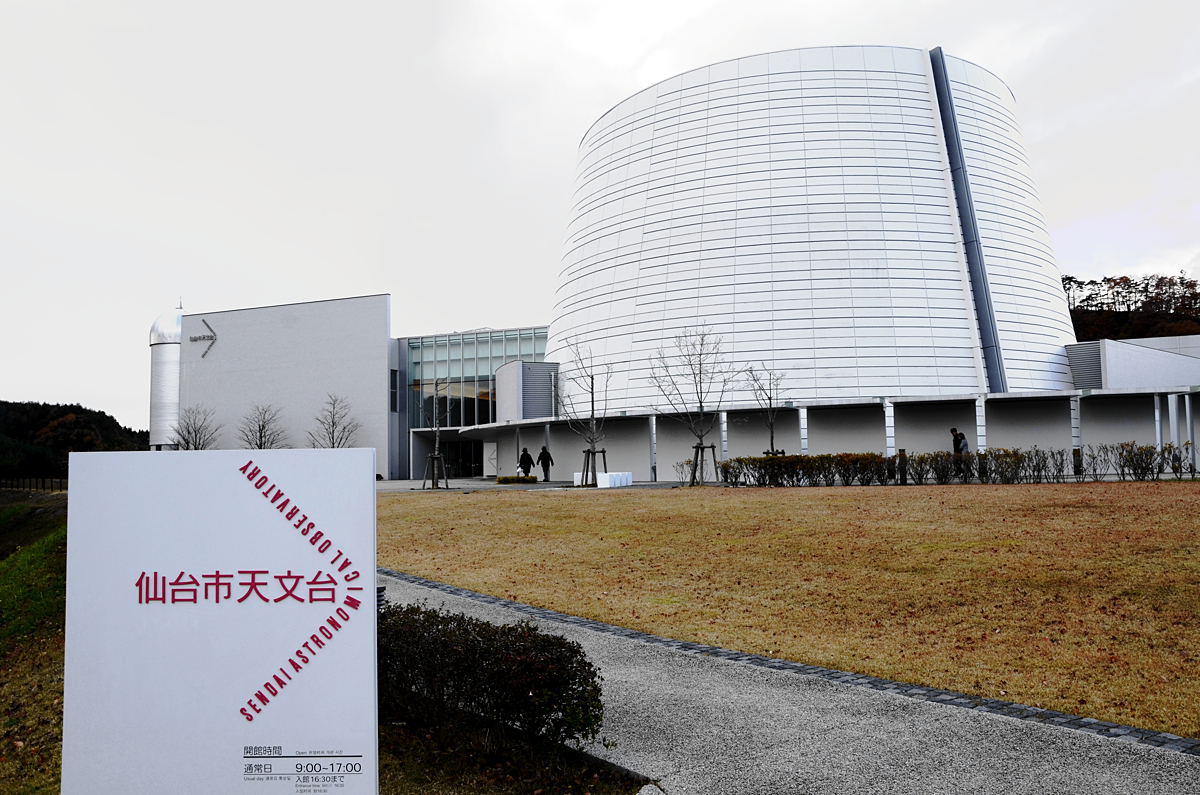 Our session had been widely advertised, we had one student travel 14 hours to get to the session only for her to turn around and travel back overnight afterwards so she could get to school the next day – real commitment! With 25 students from a variety of high schools we were assisted by 10 students from Tohoku University from several different countries. Each of the school and university students introduced themselves at the start of the session. After an introductory talk about pulsars and radio astronomy they then broke up into groups for the observations. Fortunately this time the wind had abated at Parkes so we had a smooth run with lots of good data. Once our observing run was complete each group prepared and presented a short talk about their findings. 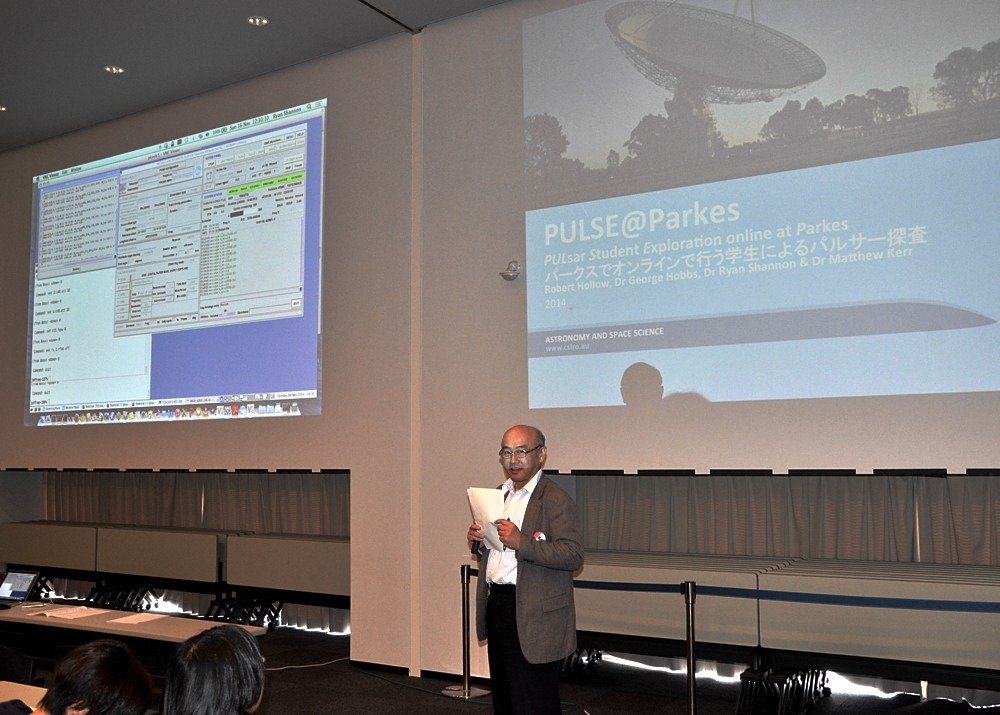 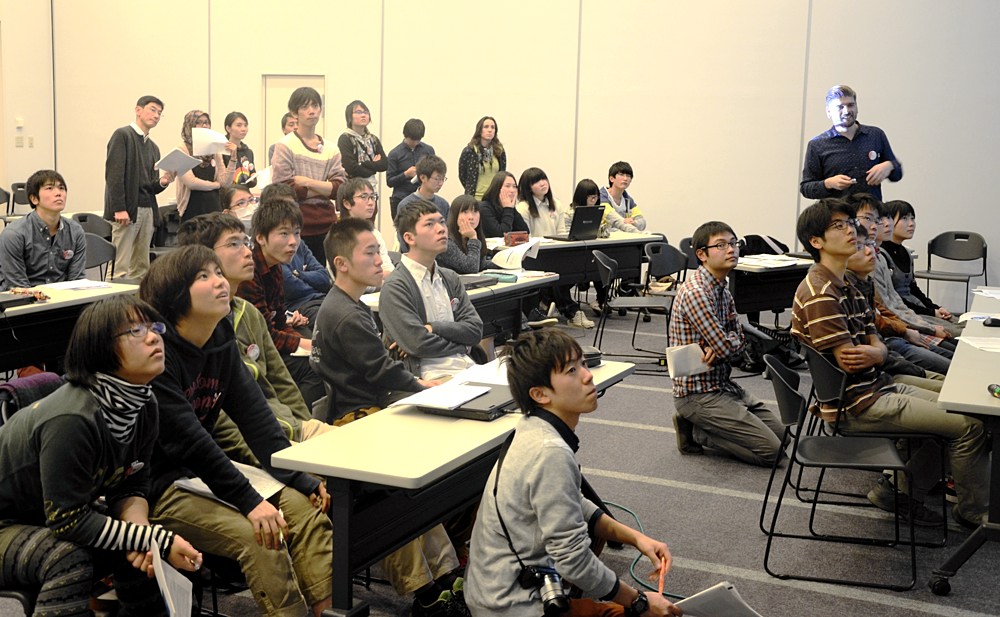 Waiting for our first data at Sendai.

Waiting for our first data at Sendai. 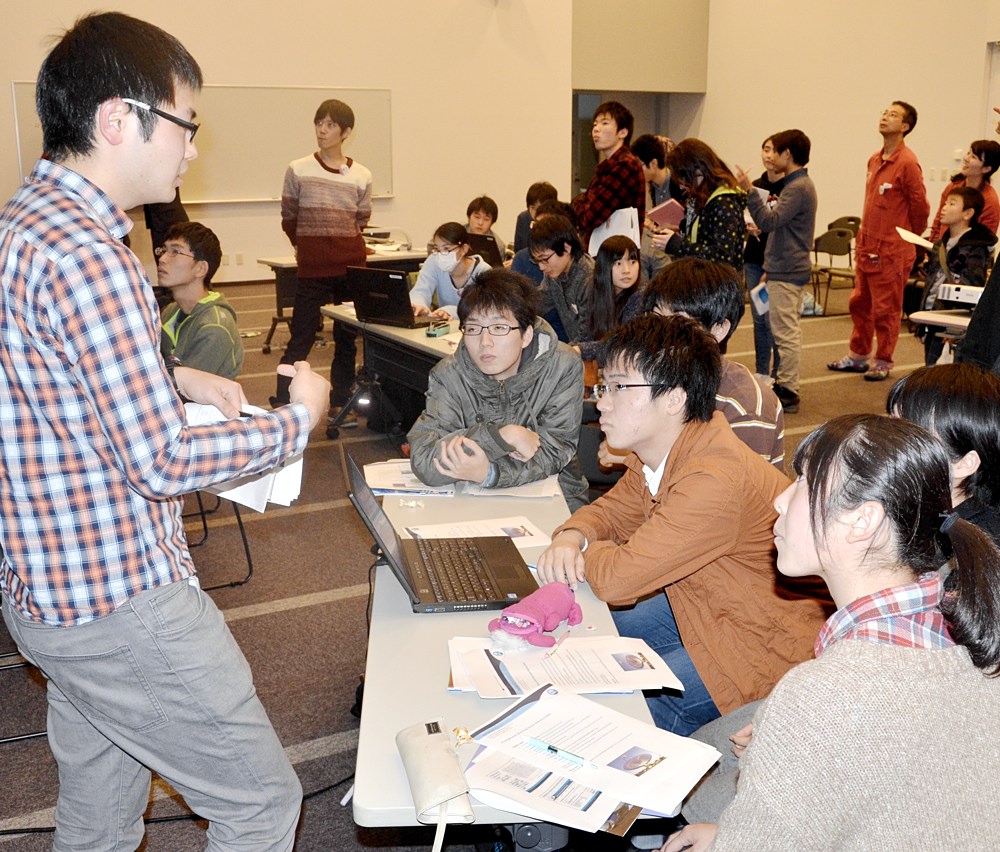 Students at Sendai discussing their data assisted by a student from Tohoku University.

Students at Sendai discussing their data assisted by a student from Tohoku University.

As Sendai Observatory is a public facility the session was open to the public. Numerous visitors strolled into the observing room, adding to the atmosphere and engagement of the event. Overall the day was highly successful with a lot of happy students and other participants. As the last formal part of the tour we headed off down to Tokyo for our last night in Japan before flying back to Australia the following day. 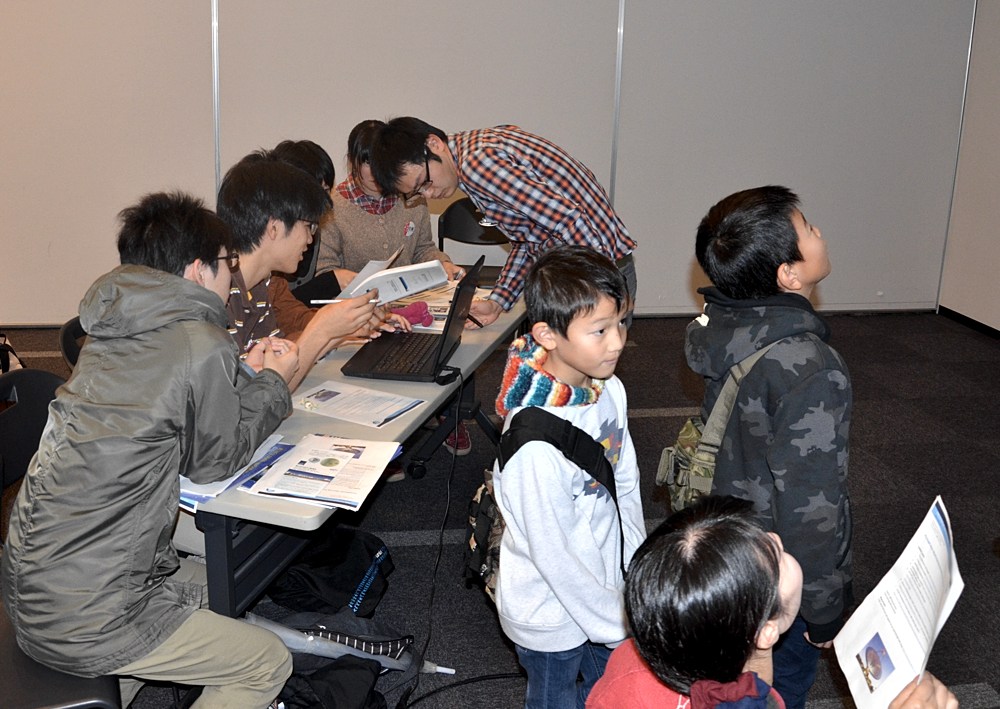 Students analysing their data whilst some young members of the public view the telescope in action at Sendai.

Students analysing their data whilst some young members of the public view the telescope in action at Sendai.

The 2014 PULSE@Parkes in Japan tour was a very busy but rewarding one, both for our team from Australia and our old and new friends and collaborators in Japan. It has generated a lot of enthusiasm from some of the participants judging by the feedback we’ve received since returning from Japan. The PULSE@Parkes team would like to thank our collaborators at Kagoshima, Yamagata and Tohoku Universities, NAOJ and Sendai Astronomical Observatory for hosting us and helping to organise the tour. We would especially like to thank the Australia-Japan Foundation for making the tour possible through their generous grant.

PULSE@Parkes in Japan has been supported by the Australian Government through the Australia-Japan Foundation.

Previous post:
World Soil Day: a chance to worship the ground we walk on
Coming up next:
What do termites, cuckoos, and salamanderfish get up to over Christmas?