Once completed the ‘Five hundred metre Aperture Spherical Telescope’ (FAST) will be the biggest telescope in the world, and the eye at its centre was made right here in Australia. 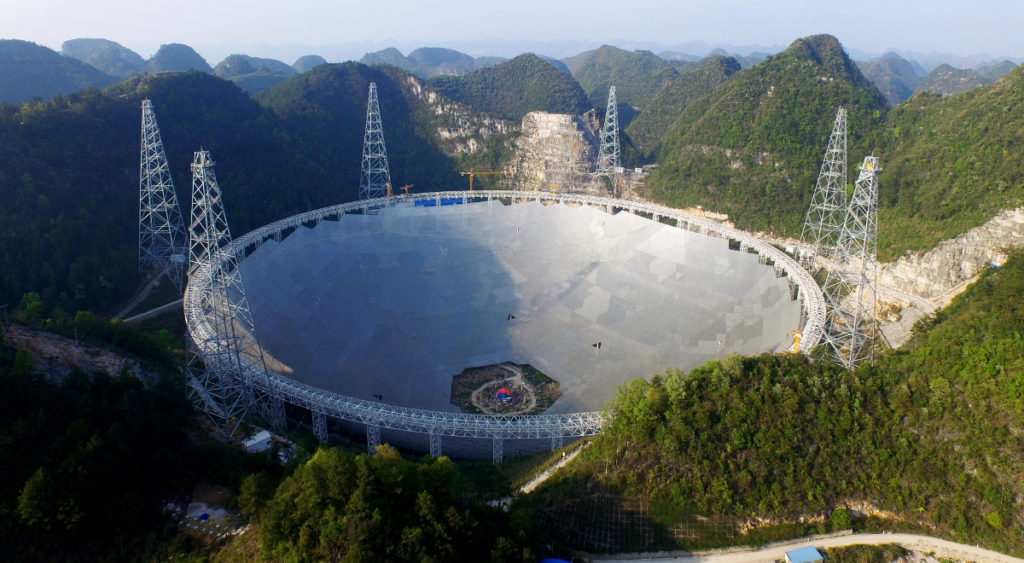 The world’s largest single-dish telescope, cradled in a basin in Pingtang County, China.

A powerful new 19-beam telescope receiver made and built by our engineers will lie at the heart of the world’s largest single-dish telescope.

Half a kilometre wide, China’s new radio telescope is 195 metres wider than the Arecibo Observatory, famously used in several high profile movies throughout the 1990’s, including James Bond’s ‘GoldenEye’, and ‘Contact’, starring Jodie Foster as a SETI scientist. The ‘Five hundred metre Aperture Spherical Telescope’ (FAST) being developed by China’s leading astronomical research organisation (NAOC) will be the biggest ever created when it is completed later this year.

It will also be one of the most sensitive, able to receive weaker and more distant radio signals, helping to search for intelligent life outside of the galaxy and explore the origins of the universe. While the half-kilometre FAST dish might have been made in China, the receiver — the eye at its centre — was made here in Australia. 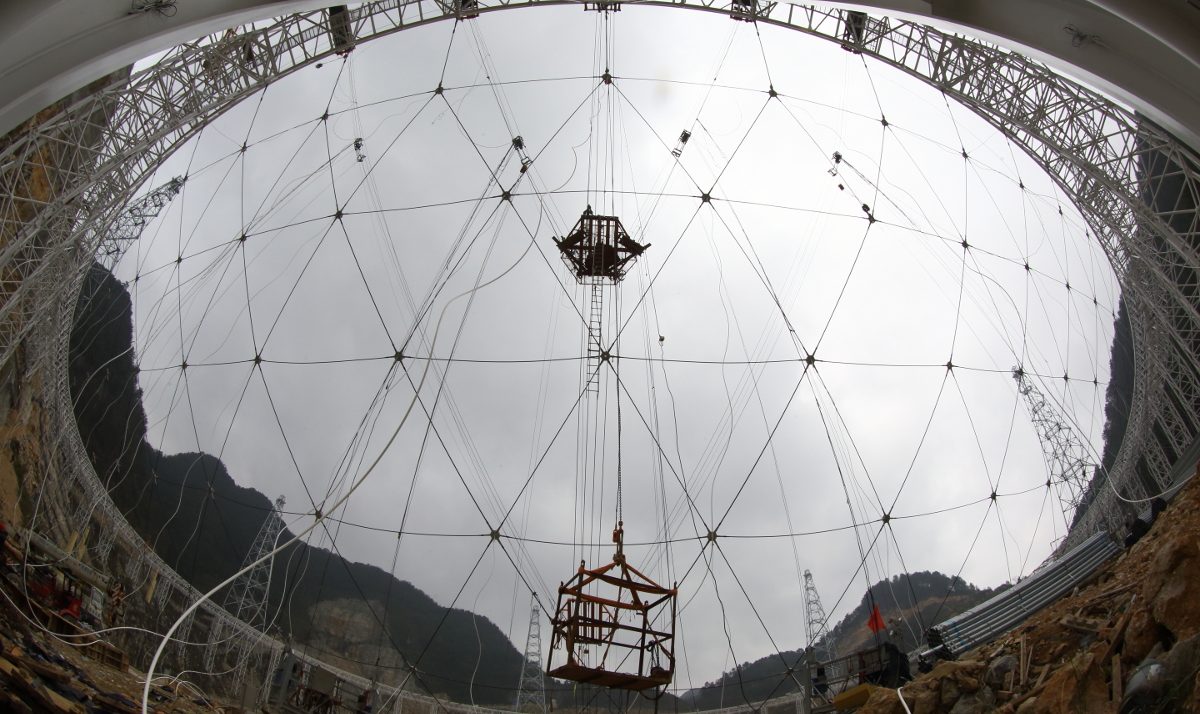 A fish-eye of the FAST reflector cable-net.

The receiver detects the radio waves and was built by our engineers, following an agreement with the National Astronomical Observatories of the Chinese Academy of Sciences (NAOC) in China. Most radio telescopes use receivers that can only see one piece of the sky at a time but our scientists have designed receivers with many separate, simultaneous beams making it practical to search a large portion of the sky for faint and hidden galaxies.

“The powerful 19-beam design we’ve created for FAST was possible because of our previous experience in designing and building receivers, including the 13 beam receiver developed for our own Parkes telescope,” Dr Douglas Bock, Acting Director at CSIRO Astronomy and Space Science said.

“Working with China to design the centrepiece receiver system for FAST is not the first time we have worked with an international partner. We designed and delivered a multi-pixel receiver for Cornell University’s Arecibo radio telescope in Puerto Rico, which made it possible to scan the heavens seven times faster than before.”

“Once FAST is finished and the receiver installed, it will be the most sensitive radio telescope in the world, three times more sensitive than the Arecibo Observatory,” Dr Bock said.

FAST provides China with the technology to search for a range of signals including detecting thousands of new pulsars in our Galaxy and possibly the first radio pulsars in other galaxies. 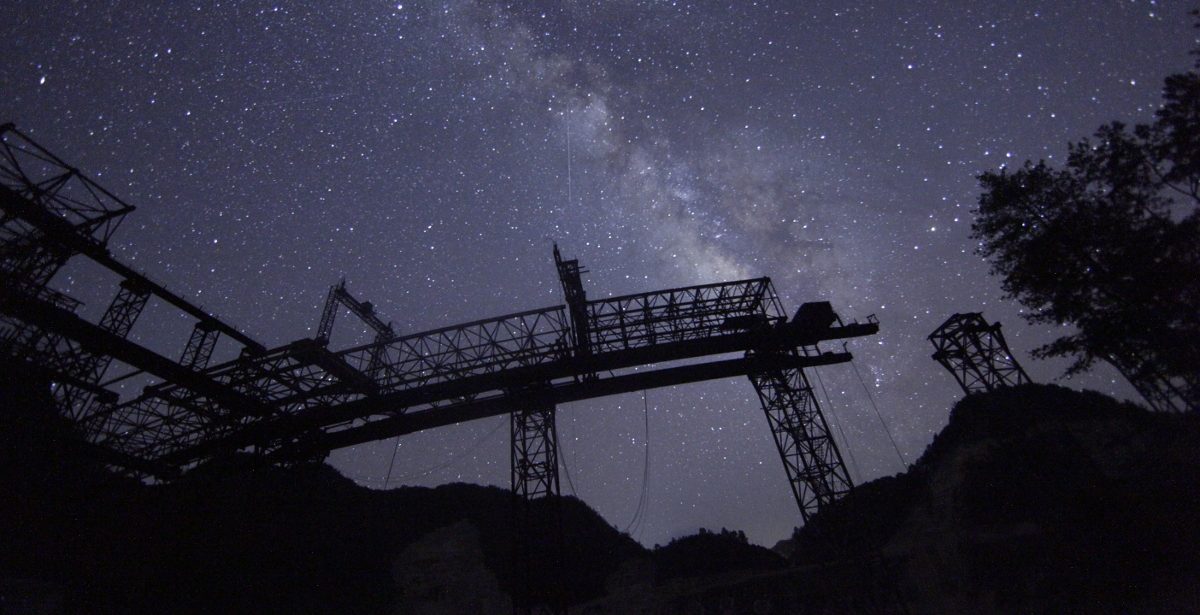 FAST’s girder ring being installed with a view to the skies.

Our collaboration with China follows a similar agreement with Germany, where our award-winning Phased Array Feed (PAF) receiver technology will soon adorn the Max Planck Institute for Radioastronomy’s (MPIfR) Effelsberg telescope in Germany, the largest single-dish antenna in Europe.

It’s exciting that technology designed and made in Australia is helping to detect and amplify radio waves and turn them into signals that astronomers use to expand our understanding of the Universe. What wonders FAST will reveal, we can only imagine. Watch this space.

Previous post:
A Side of Planet — the Healthy Diet Score weighs up our diet’s carbon footprint
Coming up next:
Shipboard stories from Investigator