Our award-winning phased array feed (PAF) technology will soon head to the northern hemisphere to be installed on the world’s second largest single-dish radio telescope.

At 100 metres in diameter, the Max Planck Institute for Radioastronomy’s (MPIfR) Effelsberg radio dish, located just outside of Bonn, Germany, is the largest dish in Europe and second largest in the world.

And when one of our PAFs is installed there later this year, it will create new opportunities for radio astronomers around the world to see more of the northern sky than ever before.

Originally developed for the Australian Square Kilometre Array Pathfinder (ASKAP) radio telescope in Western Australia, the PAF’s main advantage is being able to observe more of the sky than other technologies. Watch this short animation to find out more.

PAF on a Dish

Professor Michael Kramer Director of MPIfR was in Australia last week overseeing calibration and testing of the PAF at our Parkes ‘Dish’.

“It’s great to see the PAF in action at Parkes, and I’m looking forward to when we can use it on our own telescope later this year,” Professor Kramer said. 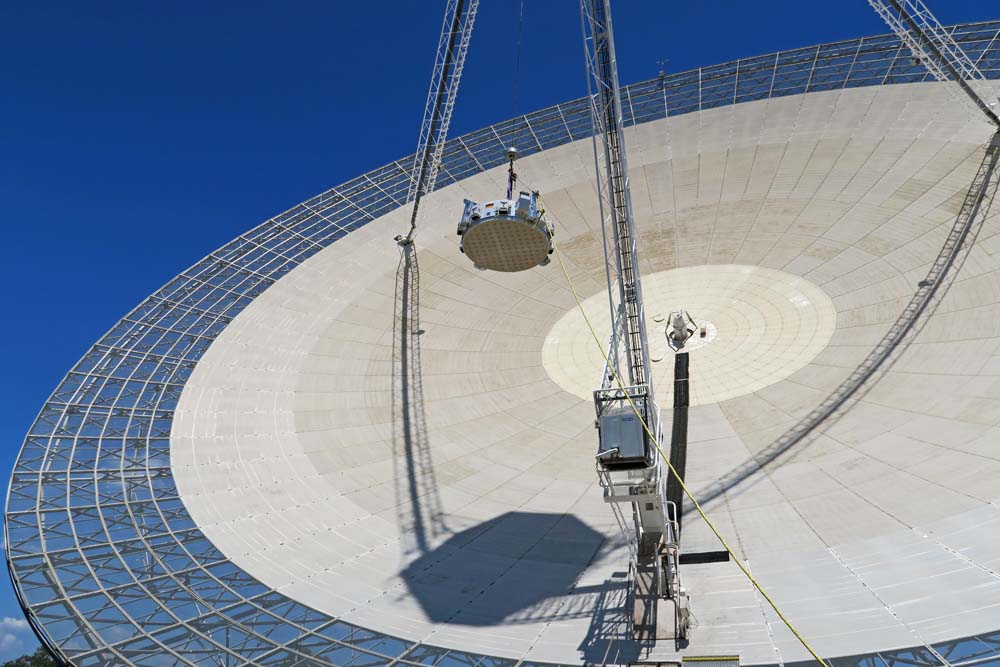 Radio telescope on a sunny day

Initially MPIfR will be using the PAF to look for Fast Radio Bursts.

“When we previously searched for Fast Radio Bursts we had to be looking at just the right moment in just the right part of the sky to see them. Having one of these new PAFs means that we immediately increase our chances of seeing one,” he said.

After eight months of testing at Parkes, the PAF will be transferred to Effelsberg, where it will be tested and calibrated to work in a very different environment than either ASKAP or Parkes.

Cutting through the noise

“The Effelsberg antenna is located in a much more densely populated and radio-noisy environment than ASKAP and Parkes, so the PAF will need to be calibrated to isolate these extra sources of radio interference. And because the dish is larger and more sensitive than Parkes, its performance will also need to be tested in this brand new environment,” Professor Kramer said.

As you can imagine, our astronomers are earnestly awaiting to see what their PAFs are capable of when viewing the galaxy from the top half of the planet.

We’re just warming up to something bigger

Professor Kramer has been visiting Australia and working with CSIRO for the past two decades, and in that time he’s seen the idea of the PAF emerge from a concept to be developed into a world leading technology.

“We’ve been working with CSIRO for over 20 years now, and this is just the next step in our long history of collaboration. With this PAF we’re just warming up for something bigger in the future, and our learning experience continues,” he said. 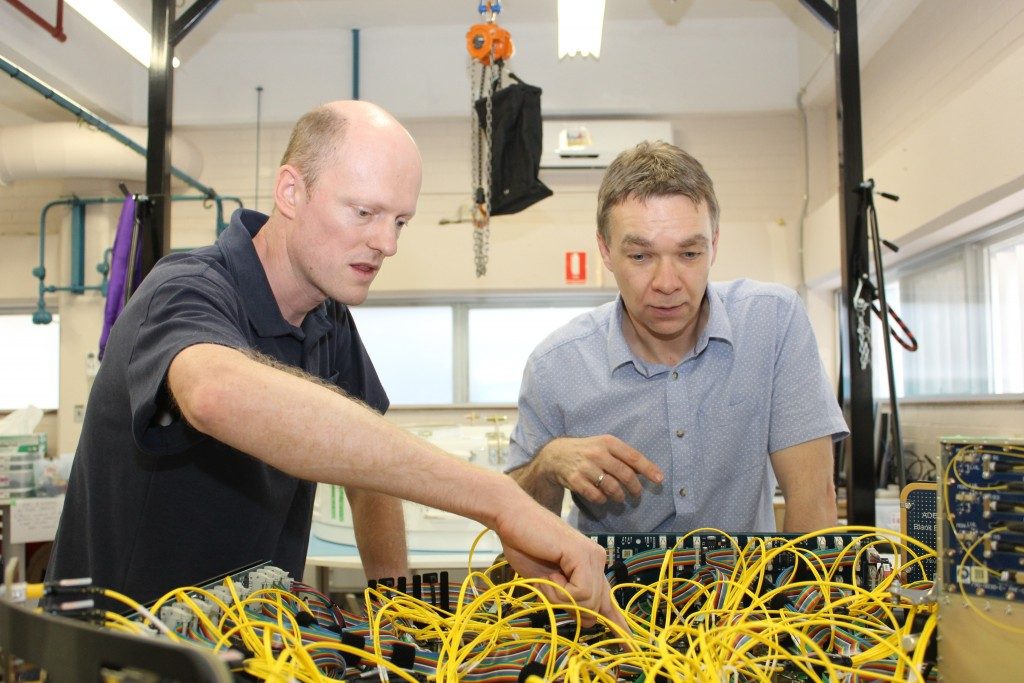 Tasso Tzioumis, research director for our astronomy technologies, believes that collaboration with organisations such as MPIfR is key to maintaining our position as a global R&D leader in this space.

“Some of the technologies we’re developing for ASKAP such as our PAFs aren’t being developed anywhere else in the world, so they’re not just cutting edge, but bleeding edge. The nature of that, of course, is that you sometimes bleed, but that’s what keeps us at the forefront of global R&D in this space,” he said.

“Collaborating with institutes such as MPIfR helps to keep us at that bleeding edge which is good for both parties as we’ll both benefit from the end products.”

“As we continue to develop our PAF technology the commissioning results are already showing how valuable it is for radio astronomy. We’re steaming ahead with the installation of the Mk II receivers on ASKAP, and it’s exciting that this Australian technology will be used on other telescopes around the world,” he said.

Previous post:
Big data, cybersecurity & Industry 4.0 – Data61 opens for business
Coming up next:
Burning fossil fuels is responsible for most sea-level rise since 1970