Going viral: how a virus mutates between animals

Going viral: how a virus mutates between animals

Scientists are still trying to figure out the source of COVID-19. But if it did come from a bat, it may have gone through another animal and then to humans. We explain this process. 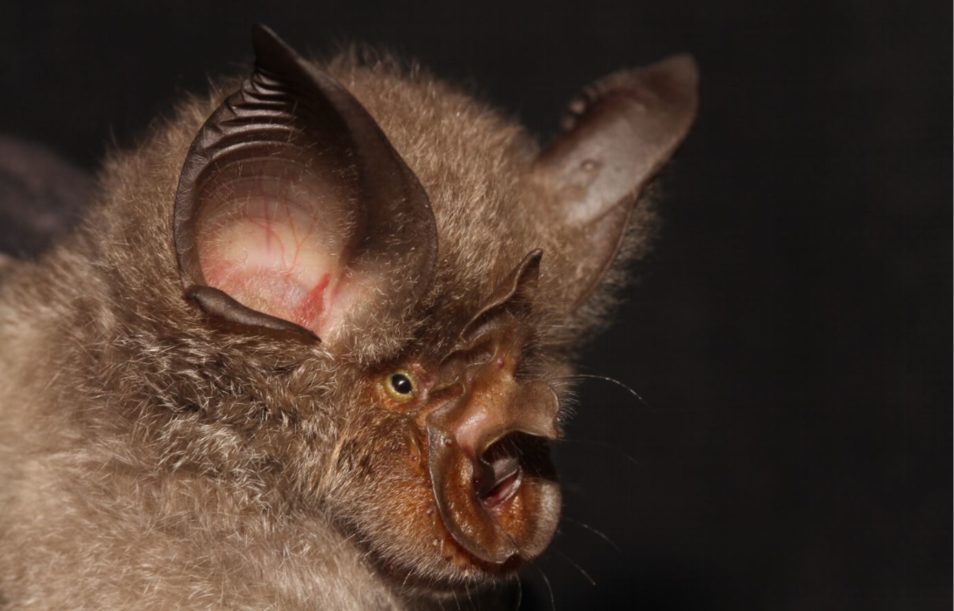 SARS-CoV-2. You know it best as the virus causing the current COVID-19 pandemic.

SARS-CoV-2 is a coronavirus. These viruses get their name from their appearance under a microscope – a tiny fat bubble surrounded by a crown of spikes. Scientists are still trying to figure out the source of this deadly virus. Some people say it’s from bats, others say it’s from a pangolin. But if COVID-19 did indeed come from a bat, past evidence shows it may have gone through another animal and then to humans.

Back in 2013, a horseshoe bat was caught in a trap in the Chinese province of Yunnan, about 2000 kilometers south-west of Wuhan. Scientists at the time swabbed its mouth and checked for viruses. It had a virus that had no one had seen before. It was a SARS-related coronavirus. Fortunately for scientists at the time, this new virus only infected bats. There was no evidence for human infection. The scientists named this new virus RaTG13 and left it at that.

But it’s now thought RaTG13, or another similar bat-based virus, had slightly changed its gene sequence. These minor genetic manipulations turned it from a bat-only disease to SARS-CoV-2, the one causing today’s pandemic. 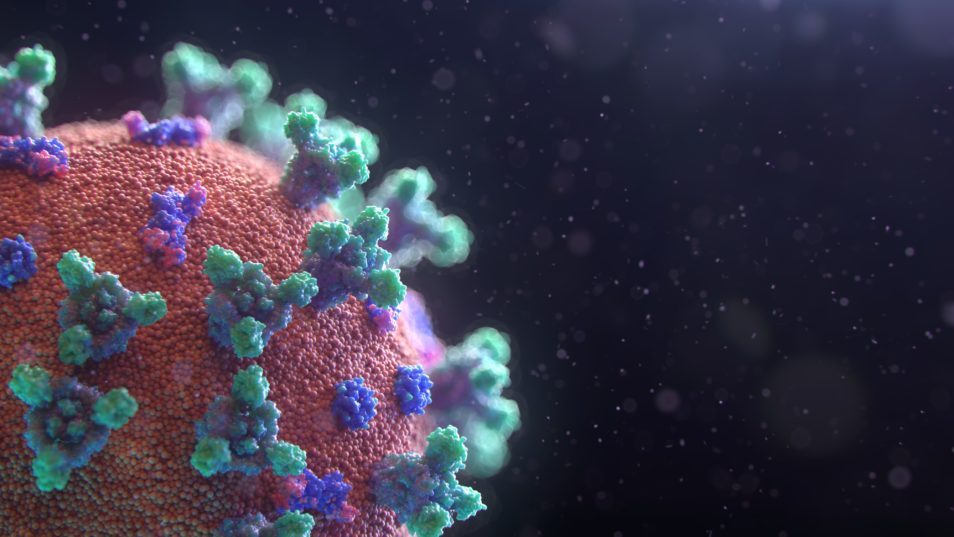 A visualisation of SARS-CoV-2, the virus which causes the disease COVID-19.

Bats are central to past viral outbreaks

Bats have coexisted with viruses for a long time. These viruses are part of their microbiome and don’t cause any harm to the bats. But, they can cause adverse consequences to us if we come into contact with them.

If you cast your mind back to recent nasty viruses, almost all have a bat origin. For example, SARS, MERS, Nipah, and Hendra all came from bats.

But usually, bat viruses can’t transmit directly into humans (except for the Australian bat lyssavirus). This is because their original virus genes don’t bind as effectively with our cell’s receptors. So, there are a few missing links which allow this to happen. And that’s an intermediate host animal, and a unique set of circumstances which allow a bat to spill a virus into that intermediate host.

Another host needs the right conditions (or cell receptors) for a bat virus to infect them.

“There is evidence of recombination between the coronaviruses,” Michelle said.

Recombination is when your DNA sequence is broken down into parts and rejoined in a different combination. This creates a new gene sequence. DNA recombination is not always bad. Humans do this during reproduction and pregnancy to allow for genetic diversity in the new embryo. But this recombination may change the virus’ signals.

“So, for example, if you have a couple of different coronaviruses which spilled over into an intermediate host, they can actually recombine. And that can increase their chances of spilling over into humans,” Michelle said.

Civet cats were the intermediate host in the 2002-2004 SARS epidemic.

Let’s look at one example. We know bats carry a diverse range of coronaviruses and they have a high rate of recombination. The recombination of two bat coronaviruses can result in a virus that has a higher chance of infecting another susceptible host. This is hypothesised to have been the case for the original SARS-CoV, with the resulting virus being capable of infecting civet cats and then humans.

Another example is it could have recombined with another coronavirus already there in that intermediate host. For this to occur, both viruses must be able to infect the intermediate host so recombination can happen.

We’re taking it back to coronaviruses. They have recently been identified in pangolins that share only a 90 per cent gene similarity with SARS-CoV-2. However, the region responsible for binding the ACE2 receptor which allows the virus to enter cells is 99 per cent similar to SARS-CoV-2.

In contrast, the virus identified in bats (RaTG13) is extremely different in the receptor binding region (with 77 per cent similarity). This suggests that the SARS-CoV-2 virus may be the result of a recombination between two viruses, one that is close to RaTG13 and another that is close to the pangolin virus. However, we still don’t know whether pangolins were involved in this spillover event or whether another intermediate host played a role.

When the bat virus spills over to another host, it becomes highly compatible with their receptors. So, it replicates to a much higher level. This increases its infectiousness. Because of this, it becomes much more likely to infect a third host – a human. But these transmissions can’t happen with what Michelle calls the “right conditions.”

“With SARS, the problem was that you had a live animal market where you had this melting pot of different species. SARS transferred from a bat into a civet cat and then into a human,” Michelle said.

“If we didn’t have those unique sets of circumstances, the virus wouldn’t have had the opportunity to spill over into another animal and then into a human.” 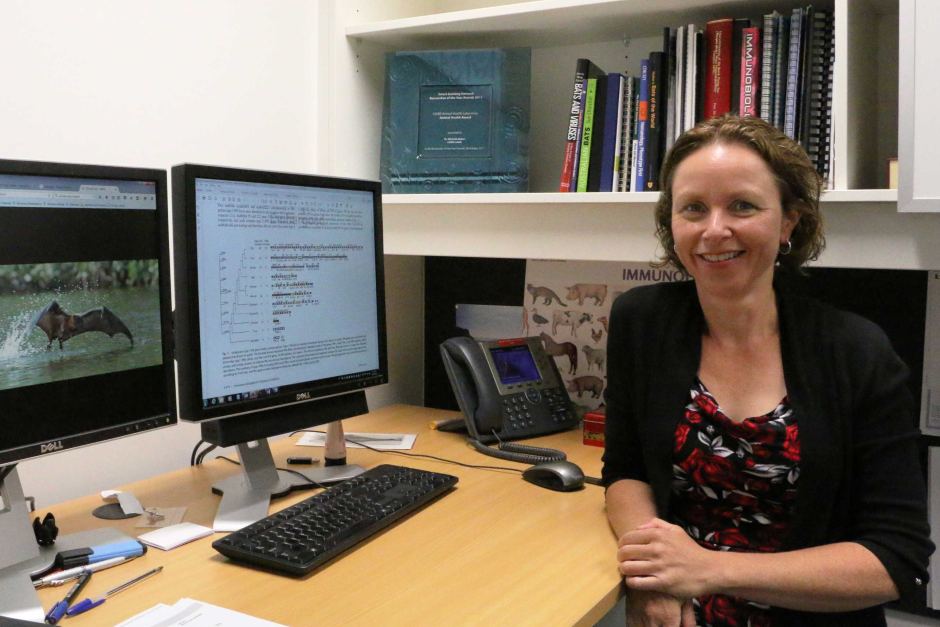 Dr Michelle Baker believes we should and could learn from this pandemic.

Limiting these interactions between wild animals

COVID-19 won’t be the end of these bat-to-animal-to-human viruses. If anything, they will only increase.

“There are a whole range of reasons why wild animals and humans are interacting more. It’s associated with increasing urbanisation, resulting in more interactions between humans and wildlife,” Michelle said.

“There could also be changes in climate, bats moving into urban areas to get food… it’s increasing the likelihood of virus spillover.”

But there’s no need to worry about bat to human transmission. Zoologist Dr David Wescott, who has spent 20 years researching flying foxes, said direct transmission was very rare and required intimate contact. That means handling or eating these animals, being bitten or being exposed to the disease through contact with another species that sheds high quantities of the disease. On top of that, direct exposure of the public to bats is extremely rare.

“Bats are very important members of our ecosystem, providing a broad range of services to humans. This includes consuming insect pests and dispersing pollen and seeds from trees to enable new growth,” David said.

“An effective approach to maintaining our distance from bats is to avoid all physical contact with them by not handling live or dead bats.

“Rather than ineffectually disturbing flying-fox camps, resources would be better directed towards identifying potential zoonotic diseases. This leads to the development of broad base vaccines and anti-virals to enable rapid responses.”

Michelle agrees. But she believes studying bat immune systems can give us these clues.

“I hope we can learn from this one,” she said.

Get the latest updates on our COVID-19 research

Previous post:
Avoid cabin fever: look after your psychological health
Coming up next:
Managing cybersecurity in a global pandemic