In a first for science, we’re using big data to study small particles in our quest to accelerate novel material breakthroughs. 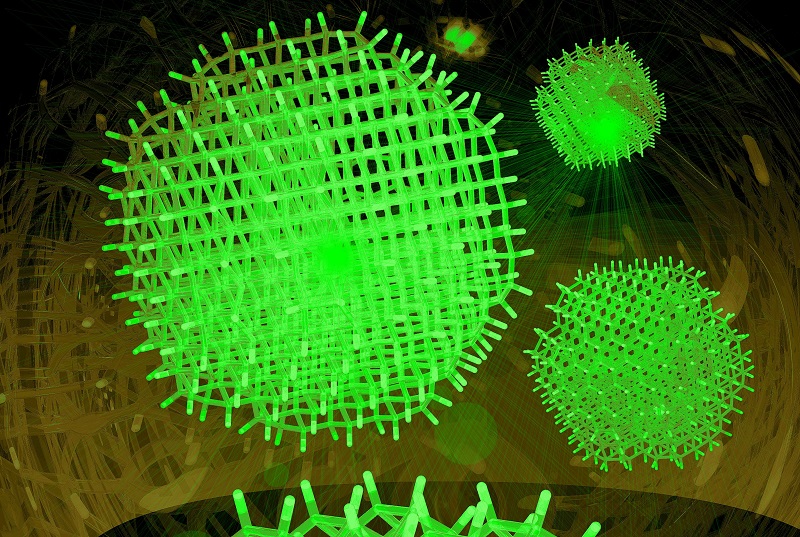 Quantum dots: Doing the stats on nanoparticles could lead to life-changing products

Have you heard of nanoparticles? They’re incredibly tiny fragments or quantities of matter – between 1 and 100 nanometres in size (to put that in perspective, there’s 1 million nanometres in a single millimetre!). Nanoparticles can be found within naturally occurring substances like volcanic ash and ocean spray; or, even more amazingly, they can be manufactured for use in commercial products.

Thanks to their size, nanoparticles can be more conductive, tougher, or more chemically reactive than the larger substances from which they came. These ‘extra powers’ can equate to cost advantages for industry as smaller amounts of substance in nano size are required to achieve equivalent effects, or the same quantity might make a product better. Considering they can be used for manufacturing opportunities like diamonds for drug delivery, graphene for electronics or platinum as a catalyst for fuel cells, working out how to harness these extra powers is important.

But the most exciting – and some would say challenging! – thing for scientists, is working out how different nanoparticles might behave.

The job of screening, identifying and optimising the characterisations of different nanoparticles falls to nanotechnology scientists who have been collecting data on nanoparticle behaviour for decades. Extrapolating useful information from these massive data sets however, requires sifting through billions of billions of billions of combinations. Up until now the challenge of making sense of the data has been largely ignored, forcing scientists to rely on hypothesis to understand nanoparticles – which obviously means we don’t always get everything right.

So some of our own nanotechnology scientists thought it was time to start looking “outside the box” for a better solution. For the first time they have demonstrated how to turn big data into useful data with the help of techniques learned from the social sciences.

Our nanotechnologies team has been investigating how to use the ‘soft’ methods of social science to solve the problem of big data in nanoscience. They’ve discovered that the statistical techniques used for things like market research can be applied to nanoparticles to deal with similarly complex and messy data. 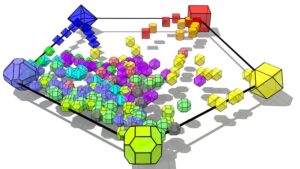 Hard science approaches (like those generally used in the fields of physics, chemistry and biology) were turned on their head as the team demonstrated for the first time how previously dismissed social science methods can indeed be used to solve hard science problems. Any why not? Economics is a rigorously tested and highly developed field, incorporating mathematics techniques that are well established.

In the proof of concept research, two methods were employed to work out representative types and pure types of nanoparticles from the vast amounts of big data collected – multivariance statistics and archetypal analysis. These methods can be used for any application on any type of nanomaterial to identify the truly representative structures to be concerned about.

A new paper by the team demonstrates that using these methods reduces big data sets to a small set of truly important information, which means scientists are not constantly dealing with massive amounts of data, and the burden on supercomputing resources is eased.

Eventually, this method will allow scientists to conduct virtual experiments on a laptop, testing hypothetical scenarios via computer modelling before going into the lab. This will accelerate materials discoveries and result in massive cost savings.

The team, led by computational physicist and current Feynman Prize recipient, Dr Amanda Barnard, has plans to produce an analytics package that they will later commercialise down the track. 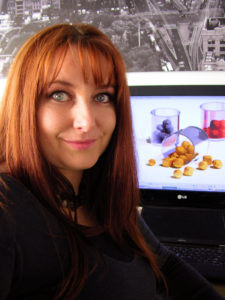 Amanda is the first female and first person in the southern hemisphere to win the international Feynman Prize.

The user friendly software will be useful to anyone in the nanotechnology community who wants to simplify the data in their lab and will incorporate several statistical analysis techniques. One of the platforms, called ‘Hunt&Gather’ is a high throughput simulation engine that goes out and extracts relevant detailed information, putting it into a usable format. As a start, scientists who want to test the method on their own data can find details in the supplementary area of the paper.

You can find out more Amanda’s work at our virtual nanoscience lab.

STOP PRESS: Congratulations to Dr Amanda Barnard who has been nominated one of Australia’s top ten business women!

Previous post:
The electricity network is changing fast, here’s where we’re heading
Coming up next:
How can I get on board RV Investigator?!