Top 7 science images of the week

Top 7 science images of the week

Want to see some cool science images? Yeah, we thought so. We've made a list of the top seven science images of the week for your viewing pleasure.

In case you missed these exciting science stories and images this week, we’ve compiled a Top 7 (as they say seven is a lucky number) list just for you. Because there’s nothing better than pretty pictures and a list post to get you through another Friday arvo. 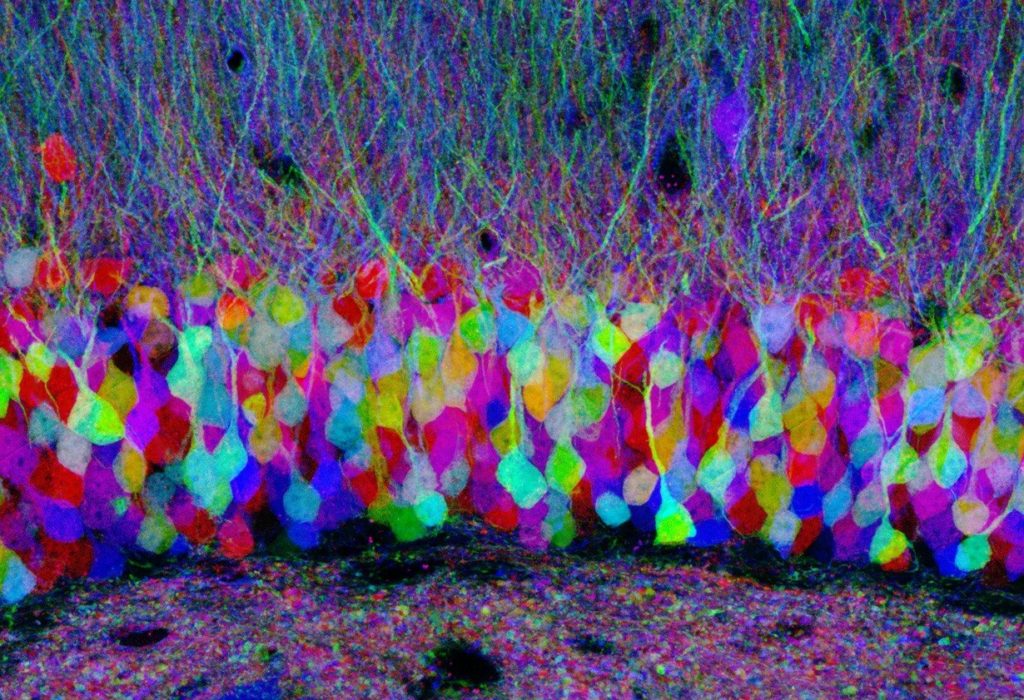 Cell image of colourful rainbow like circles and lines.

When you’ve got rainbows on your mind – courtesy of Cell Image Library. “Confocal image of pastel neurons in the hippocampus of a ‘Brainbow’ mouse brain, with each neuron expressing a distinct color. In Brainbow mice, neurons randomly choose combinations of red, yellow and cyan fluorescent proteins, so that they each glow a particular color. This provides a way to distinguish neighboring neurons and visualize brain circuits. Honorable Mention, 2007 Olympus BioScapes Digital Imaging Competition.” Image credit – Jean Livet and 2007 Olympus BioScapes Digital Imaging Competition® 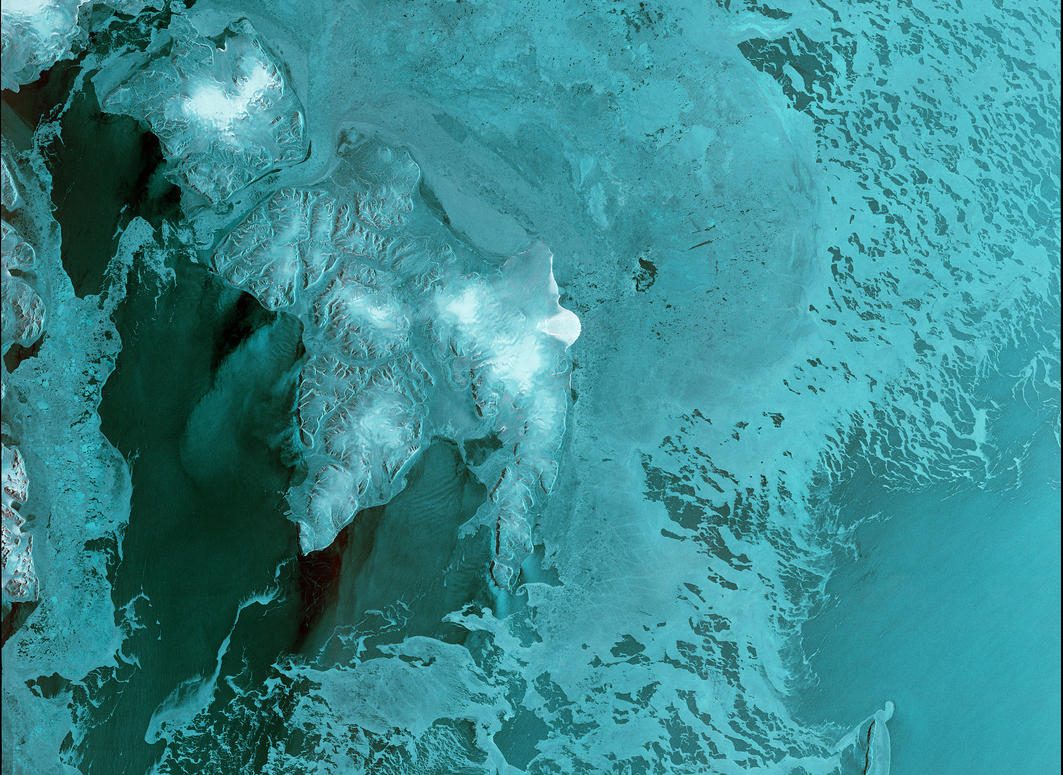 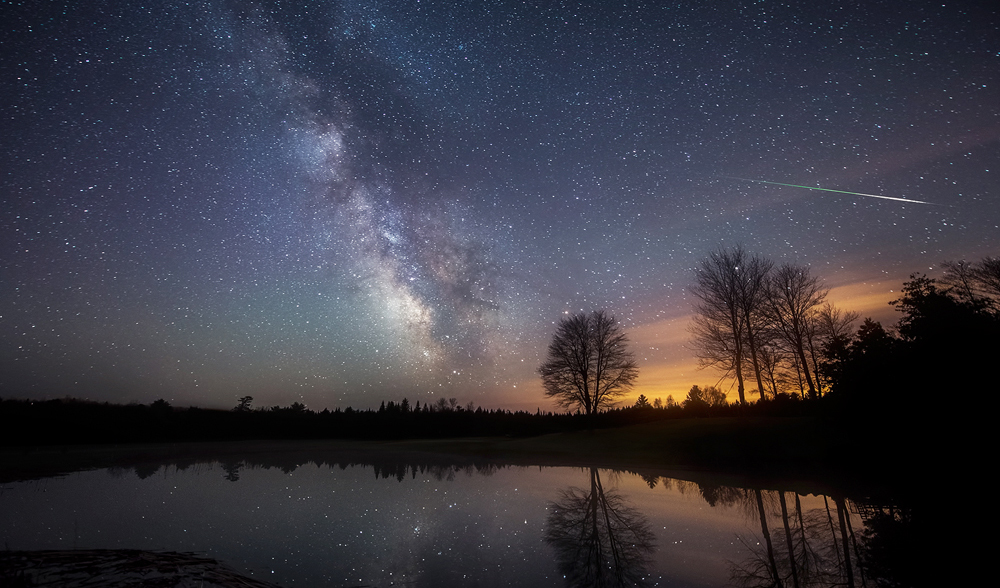 Meteor shower at night above a dark lake.

Eta Aquarids is an annual meteor shower. In this photo taken in Maine, USA in 2014, photographer Mike Taylor captured a meteor streak moving left to right through the frame. You can find out more about the upcoming month-long meteor showing from Australian Geographic. Image Credit: Mike Taylor 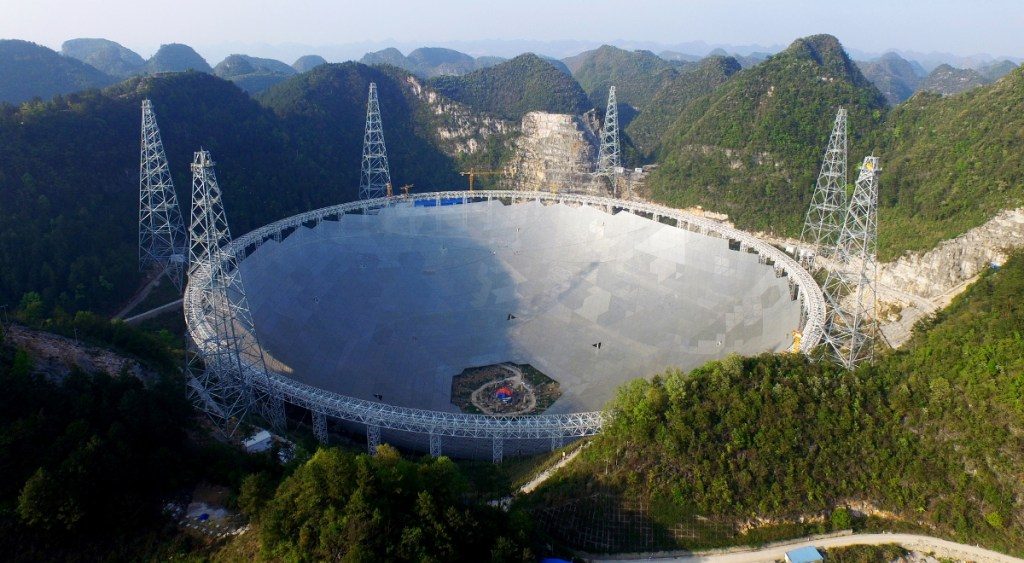 A powerful new 19-beam telescope receiver made and assembled by CSIRO engineers will lie at the heart of the world’s largest single-dish telescope in Pingtang County, China. 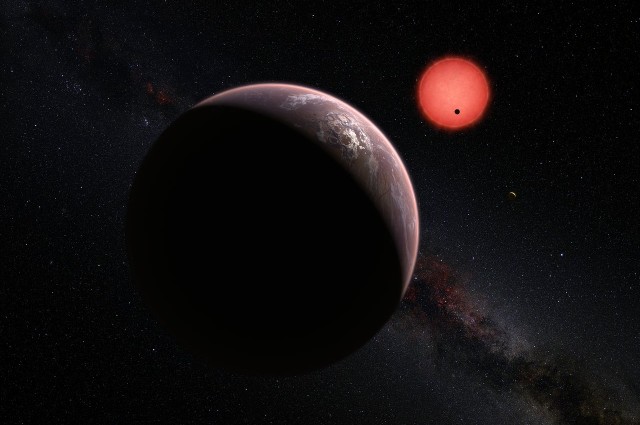 Image of three planets in space. 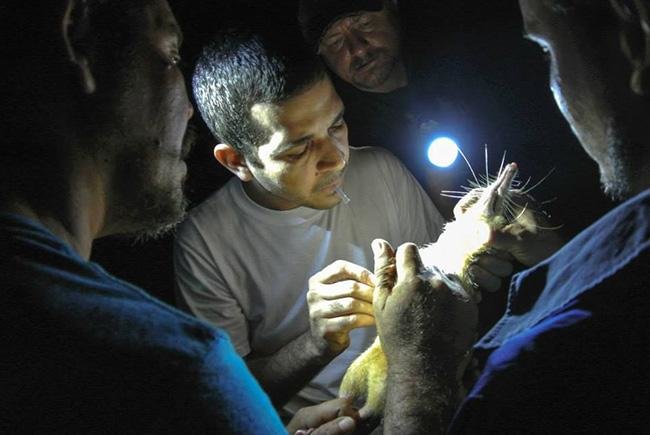 Image of scientists with torches extracting DNA from mammal.

From Science Daily – Venom: ZooDom veterinarian Adrell Nunez (center) draws blood from a solenodon for DNA samples. Researchers caught the venomous mammal by allowing it to walk across their bodies at night in the forests of the Dominican Republic. Pictured from left to right: Nicolas De J. Corona, Adrell Nunez, Taras K. Oleksyk, and Yimell Corona. 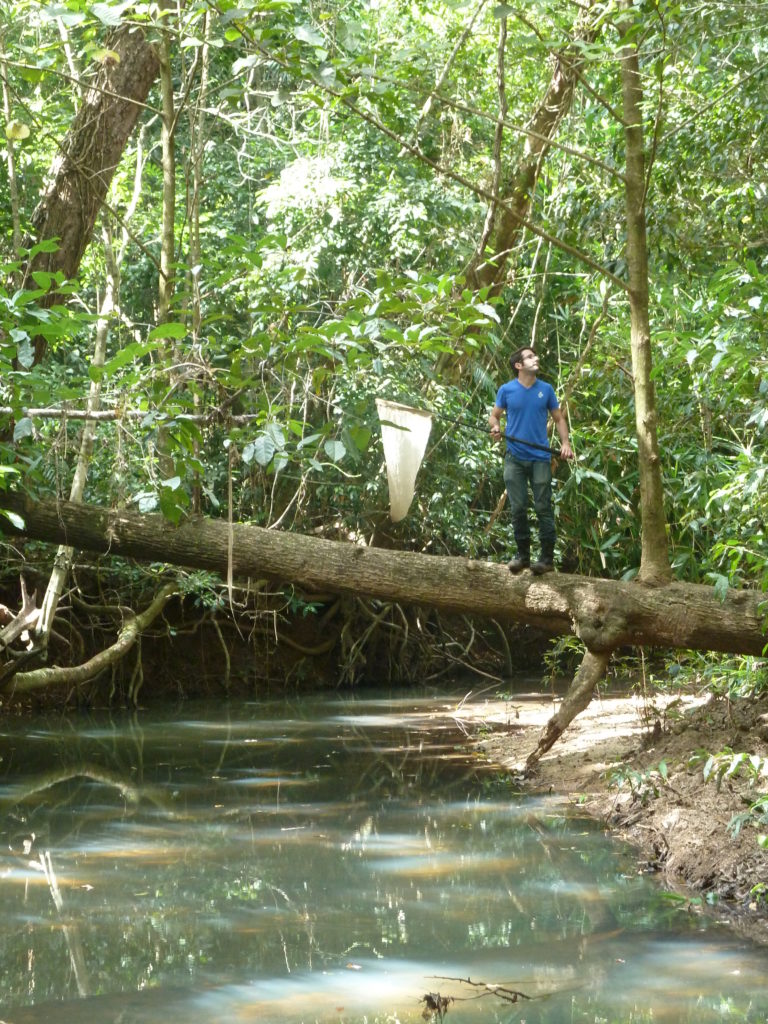 Scientist standing on large log over shallow water in rain forest with large net in hand to catch flies.

This week our resident fly guy (Dr Bryan Lessard aka @bry_the_fly_guy) took over our Instagram account (shameless plug) and started things off with this amazing image of himself scouting for flies in the Daintree Rainforest. “When you first think of entomology, you might imagine lab coats, microscopes and mothballs, but I can tell you that there’s a lot more to being an entomologist. One of my favourite parts of the job is getting outdoors to collect specimens in some pretty amazing places! Here I am collecting flies from the Daintree Rainforest National Park in North Queensland. After we collect the specimens, we bring them back to the lab and identify new species to add to our knowledge of Australia’s unique biodiversity.”