Things warm up as the East Australian Current heads south

Things warm up as the East Australian Current heads south

Occasional erratic bursts southward of the East Australian Current (EAC) are thought to have moderated the weather of south-east Australia this autumn and winter and they continue to introduce tropical and sub-tropical marine species to Tasmanian waters.

Ocean monitoring by Australia’s Integrated Marine Observing System is providing scientists with significant new insights into the changing structure of the EAC. Over the past 50 years sporadic warm bursts have become more common as the EAC moves further south. With global warming, the warm burst we’ve seen this year may also become the norm.

Had our little friend Nemo the clownfish been riding the EAC this year he might have found himself holidaying in Tasmania rather than admiring the Sydney Opera House. He wouldn’t have been on the trip alone, though. Sea nettles (Chrysaora) have headed from their usual home in Sydney to be found for the first time ever in Tasmania and the Gippsland Lakes. 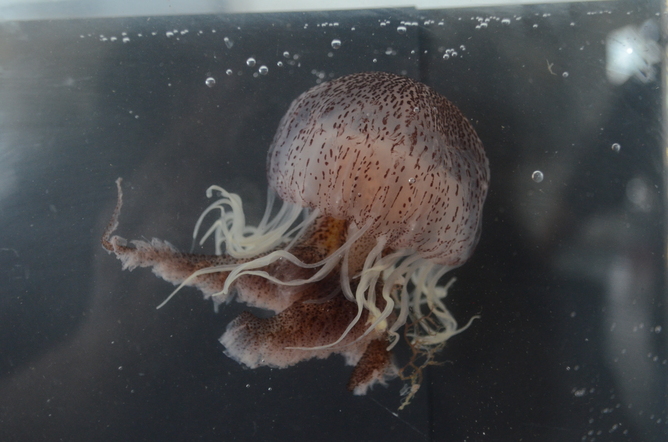 Waters in the EAC travel southward along the east coast of Australia, with most of it splitting from the coast near Sydney and heading for New Zealand. A small part of the current, known as the EAC Extension, works its way southward past Victoria and Tasmania.

A typical signature in this region are the large eddies, around 200 kilometres across and hundreds of metres deep. Some of the warm water is trapped here along with marine life. 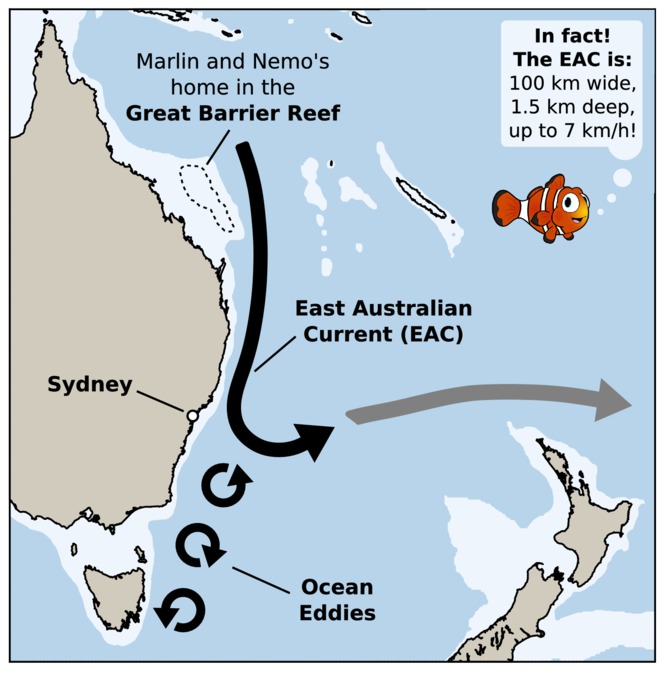 The EAC starts at the Great Barrier Reef and travels south to Sydney before turning eastward to New Zealand. Some of the water can still push southward via a series of strong eddies.
Eric Oliver

This year a larger proportion of the EAC was sent southward instead of breaking away to the east. Winter ocean temperatures off Bass Strait were around 19C, an increase of 4C. This impacted local fishing, beach conditions and the weather.

Through autumn and winter, you can see two interesting changes occur. A strong warm current heads down the coast from Sydney to the coast of Victoria. At the same time, warm water peels off from the EAC and swirls around in large eddies as it meanders toward Tasmania.

An unusual catch down south

One advantage of warm eddies is the refuge they provide for tuna. They congregate in the centre of the eddy where the waters are warm and dine at the nutrient-rich edges.

Local fishers in north-east Tasmania report a remarkable year that allowed them to fish longer than usual, providing game fishers with more opportunities to catch tuna.

Last summer’s (2013-2014) warmth provided an abundance of skipjack and striped marlin, while winter brought a run of bluefin tuna.

Redmap is a website where locals can report sightings of marine species that are unusual for a given area.

Last summer a manta ray, a tropical cartilaginous fish (in a group including rays and skates), was sighted off the north-eastern coast of Tasmania. Previously the southern-most sighting of a manta ray was just south of Sydney. 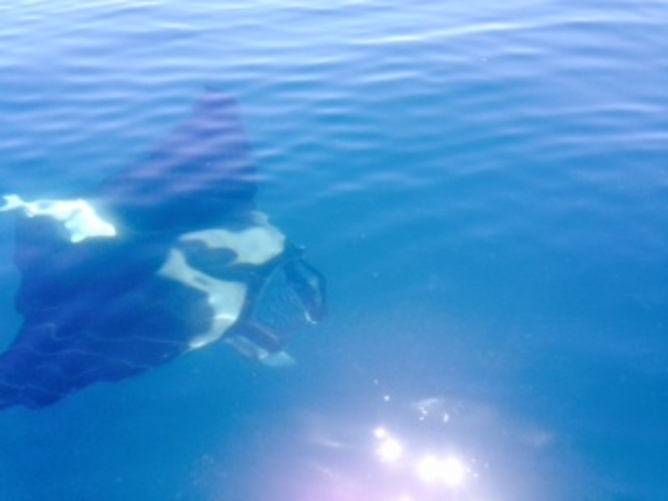 Its not just new species visiting Tassie either. Local jellyfish such as the Lion’s Mane (cyanea) – more commonly known as “snotty” – are usually quite elusive, but turned up in unprecedented numbers last summer in Tasmania.

But there’s a catch

The original source of fatty acids come from algal species. As our waters warm, we will see more of the algae from the tropics take up residence in the south-east.

Sydney’s heat wave in May this year had 19 consecutive days of 22C or more – this is partly due to the sea breezes failing to bring in the usual cooling air.

Over the past 50 years the EAC Extension has stretched about 350km further south. This extension doesn’t happen smoothly but in erratic bursts.

The southward extent of the EAC is controlled by the collective behaviour of the winds between Australia and South America. Over that same 50-year period these winds changed their pattern due to a strengthening of a climate system known as the Southern Annular Mode.

The changes to this mode have been attributed to a combination of ozone depletion and increasing atmospheric CO2.

One of the most robust and consistent responses of the climate system to increasing CO2 is a further strengthening of the Southern Annular Mode.

So the result will likely be a further enhancement of the EAC extension southward and even warmer waters in the Tasman Sea.

Jaci Brown does not work for, consult to, own shares in or receive funding from any company or organisation that would benefit from this article, and has no relevant affiliations.

Previous post:
Ozone hole closing for the year, but full recovery is decades away
Coming up next:
Australian farmers face increasing risk of new diseases: report