The thorny issue threatening the coral reefs of Pilbara

The thorny issue threatening the coral reefs of Pilbara

The Crown-of-Thorns Starfish is one of the biggest threats to the future of our coral reefs.

The Great Barrier Reef is a global icon and something of a heavyweight in the natural world. If it was a movie it would be a Spielberg-directed Hollywood blockbuster starring Hugh Jackman and Angelina Jolie. Its cousin, Ningaloo Reef, off Australia’s western coast, is something of a poor relation in a branding sense, but still holds a relative degree of fame. It would be more your ‘straight-to-video’ sort of flick.

Take a trip further up the WA coast to the Pilbara region and you’ll encounter a series of islands and coral reefs – all 1,100 of them – that don’t have the branding power of the big-boy reefs. They don’t have a collective name, and probably won’t ever have a movie made about them. However, what they lack in Hollywood notoriety, they make up for in breathtaking beauty. 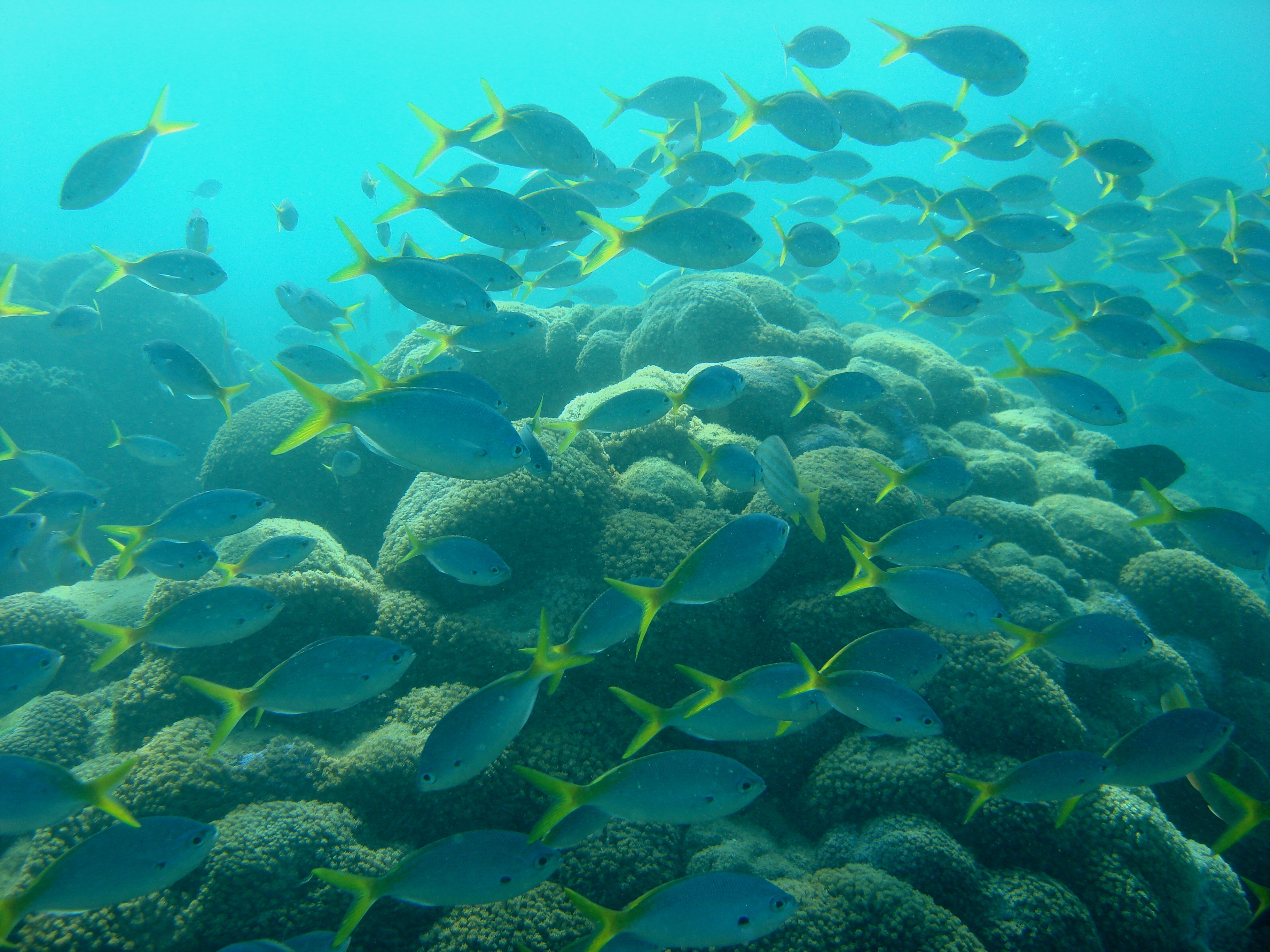 A school of Fusilier (Caesio cunning) fish swimming off Barrow Island in the Pilbara.

To find out more about this area, we’ve been working with marine biologists from The University of Western Australia to conduct a health-check of the World Heritage-listed site, as part of the Pilbara Marine Conservation Partnership (PCMP).

Unfortunately, on a recent trip to the region our research team found an outbreak of the Crown-of-Thorns Starfish (COTS) — one of the biggest threats to the future of coral reef. The spiky sea stars voraciously feed on the reef, causing a reduction in coral cover that forms the very building blocks of life in the ecosystem.

The outbreak comes at a particularly bad time for the Pilbara as it is already on the ropes following a series of severe bleaching events that have reduced the amount of live coral to an average of just over five per cent.

Reefs could probably cope with one of these things at a time, but when two such impacts occur, the combination of stressors can lead to long term declines in coral cover and coral reef health. 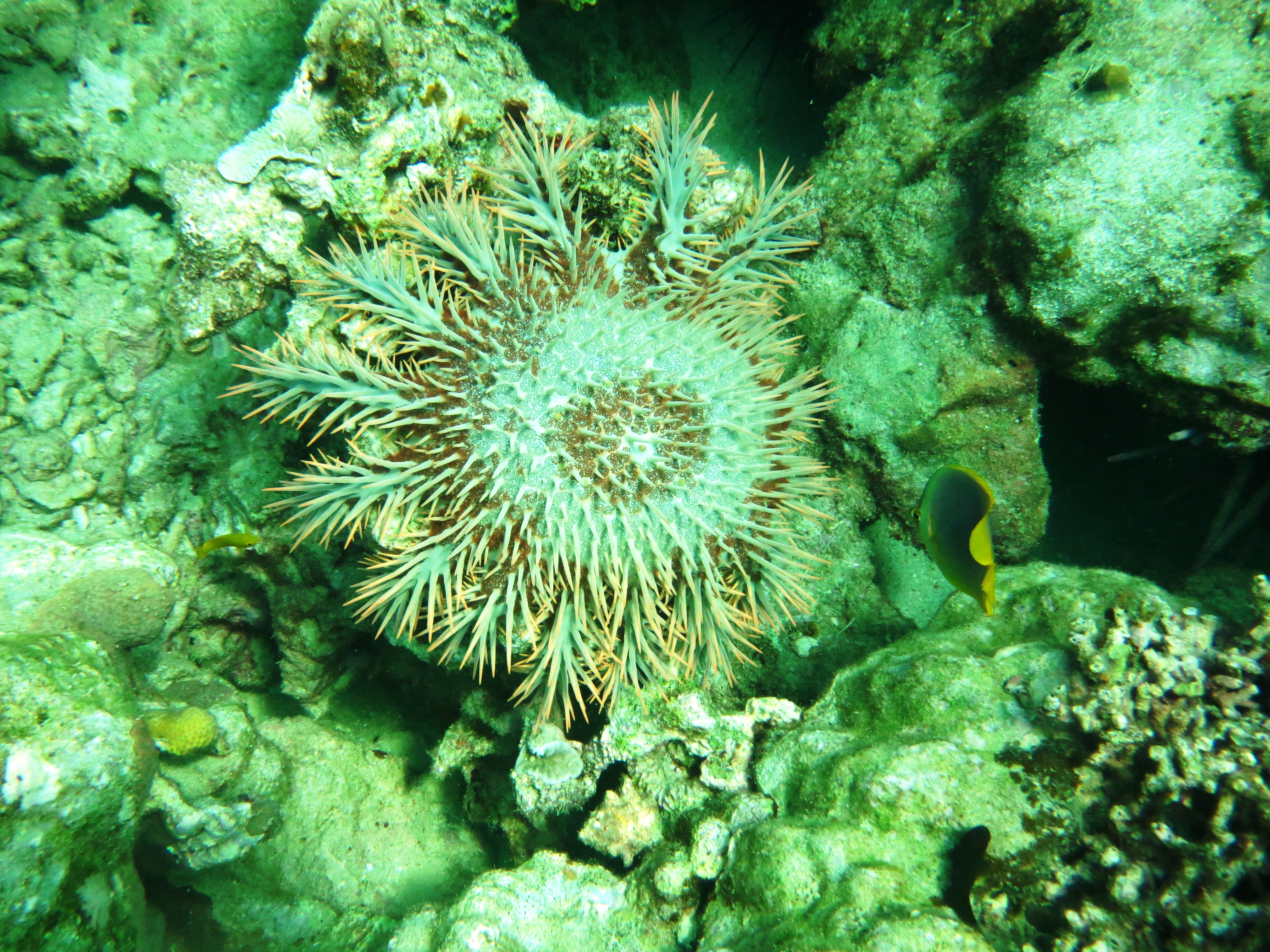 How bad is it?

Technically, the term ‘outbreak’ is used to describe densities of greater than ten animals per hectare. Our team observed densities of up to 220 per hectare around Barrow Island and the Montebello Islands. To give it some context, peak figures of up to 1000 per hectare have been recorded on the Great Barrier Reef. Although numbers at the Pilbara are much lower, they are easily high enough to consume coral faster than it can grow.

COTS are also prolific breeders with females producing up to 100 million eggs, so the problem could worsen quite easily. Here’s some video we captured on our recent trip:

What’s the cause and how can we fix it?

COTS and corals have co-evolved over millions of years and although outbreaks of COTS are nothing new, the frequency and intensity in many parts of the world are greater than they were in the past. Increased nutrients can promote outbreaks and there is also data to suggest that removing predators through overfishing can exacerbate the problem. An overall increase in water temperature can also play a role.

Identifying the extent of the problem is, as always, the first step. Fixing it is an altogether trickier business.

Manual removal and, in particular, poisoning have been successful at sites including sections of the Great Barrier Reef, while studies have also shown that outbreaks are less frequent in green zones protected from fishing.  Natural predators such as the triton gastropod and the puffer fish could also, in theory, reduce COTs numbers, however it’s not the most practical short-term solution.

Further research through projects like the PMCP can improve our understanding of outbreaks and the effectiveness of different management strategies.

The starfish outbreaks and current status of reefs in Pilbara will be one of the topics under discussion when the PMCP hosts around 90 people from government and industry at a symposium in Perth this week to showcase what’s happening with the project.

Find out more about the partnership here.

Read more about the partnership