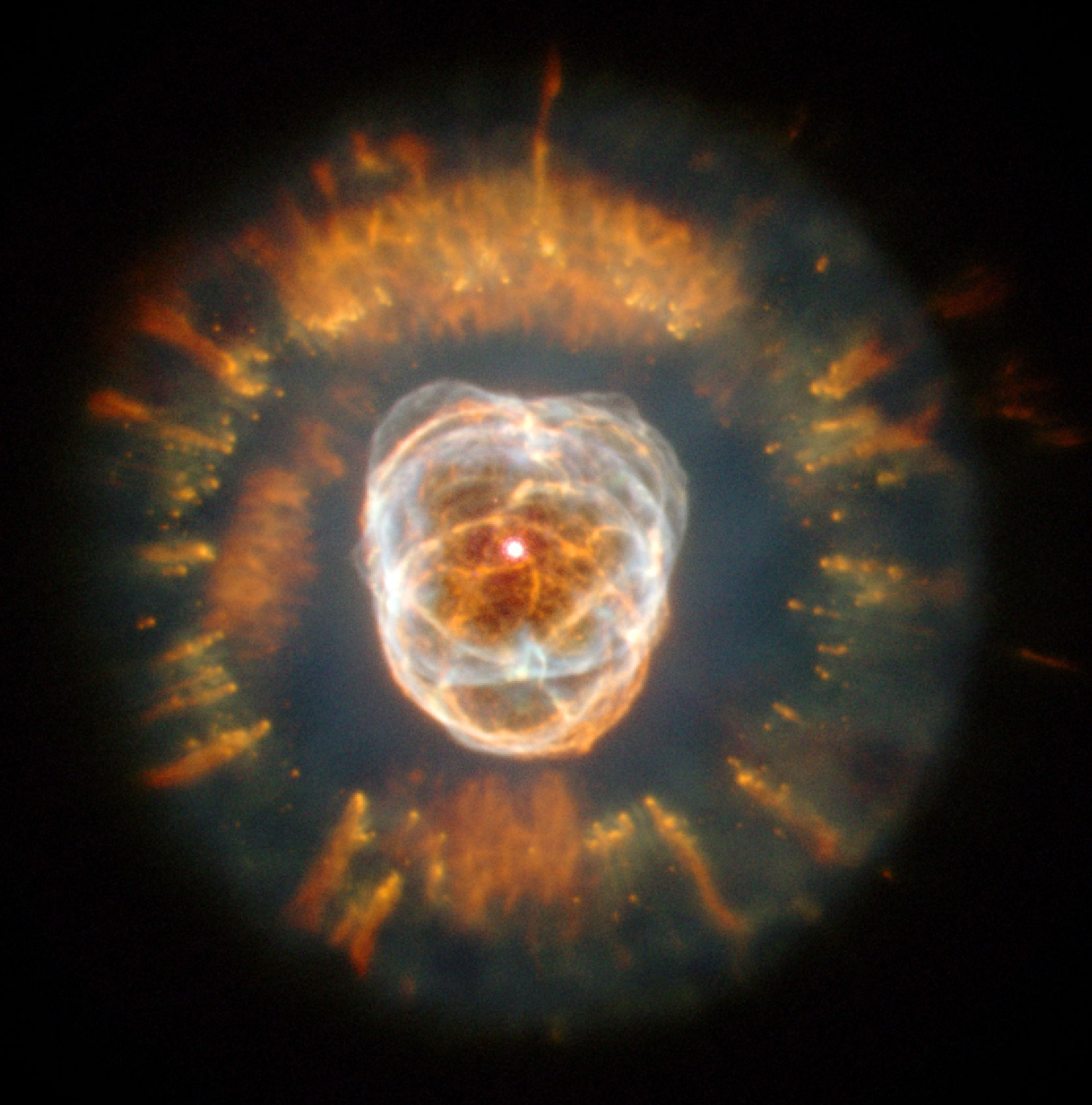 Returning its body to the cosmos: a “planetary nebula”, NGC 2392. Credit: NASA, A. Fruchter and the ERO team (STScI)

moeyasuku
mata kieyasuki
hotaru kana
It lights up
as easily as it fades
the firefly!

This haiku comes from the website of David Anderson, under a post called “Spring Death Poems”.  Anderson writes:

Spring is a time of new beginnings, and happiness. But death is an inescapable part of life.

We see both renewal and death in the lovely “blossoming” stars called planetary nebulae. Short-lived, bright and beautiful, these are the Spring flowers of space. But this blooming phase comes towards the end of a star’s life. After this last blaze of glory, the star fades and dissipates, giving its matter back to space to be built into the bodies of new stars.

Planetary nebulae have nothing to do with planets. The funny name comes from early astronomers. Through their primitive telescopes these brightly coloured objects looked like planets. Unfortunately, the name stuck.

As a star becomes a planetary nebula, its core heats up, and the extra heat drives the outer layers of the star into space. The shed gas glows, powered by energy from the star’s stripped-down core. This phase lasts a few tens of thousands of years — long on human timescales, but just a fraction of a star’s lifetime of millions of years.

Some planetary nebulae are round, and others are long and symmetrical. Roundness is easy to understand, but what shapes the rest?

Astronomers using the Australia Telescope Compact Array have now studied one of these old stars that is starting to “bloom”, and are learning more about how these stars sculpt themselves. 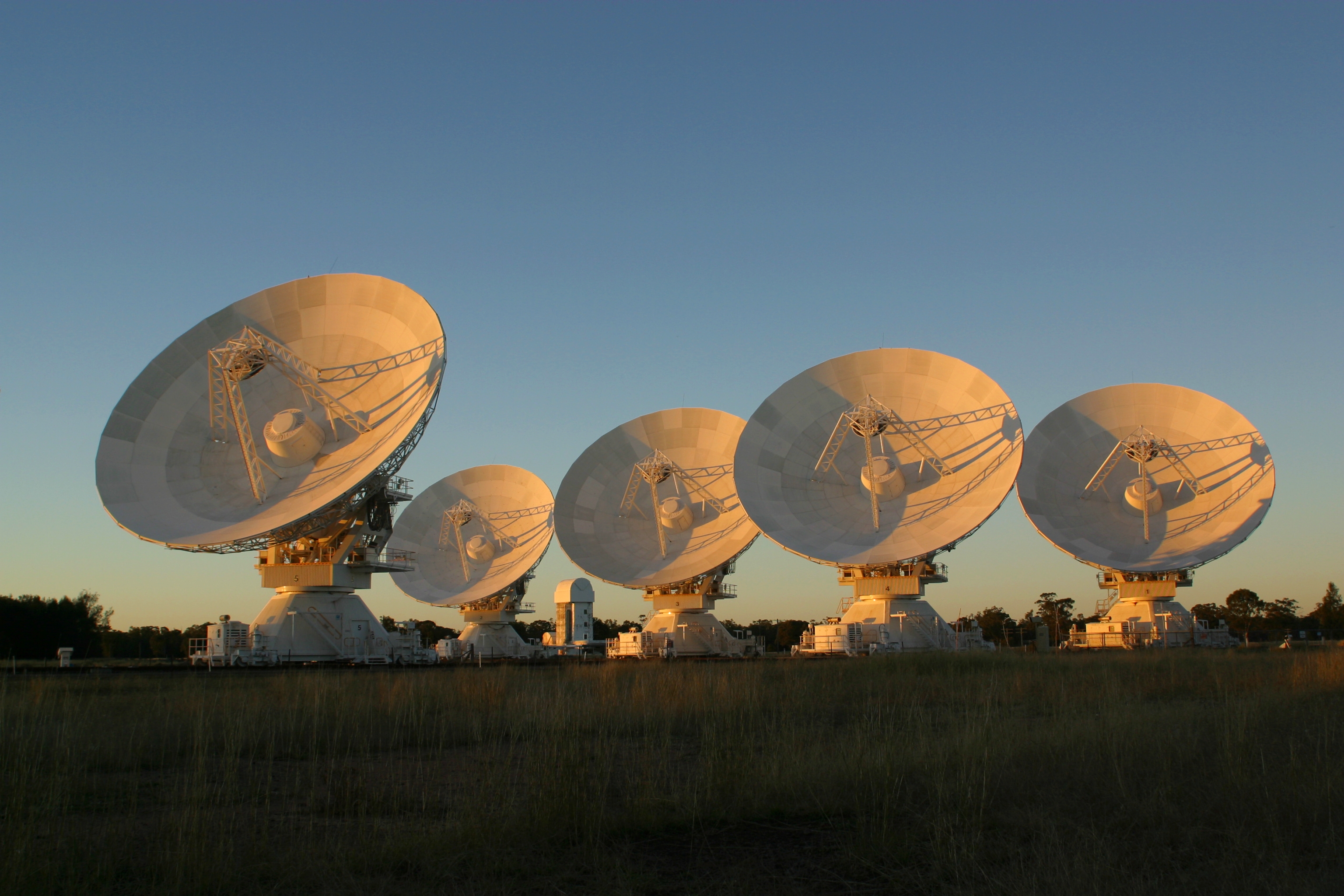 A star called IRAS 15445−5449 has begun to push out a jet of charged particles that glow with radio waves. A few such old stars are known to have jets, but this is the first one in which the radio waves tell us that the jet is held together by a strong magnetic field.

The magnetic field may be the key to how jets form. It may get twisted up as the star shrinks down, perhaps launching the jets. But we don’t yet know for sure. 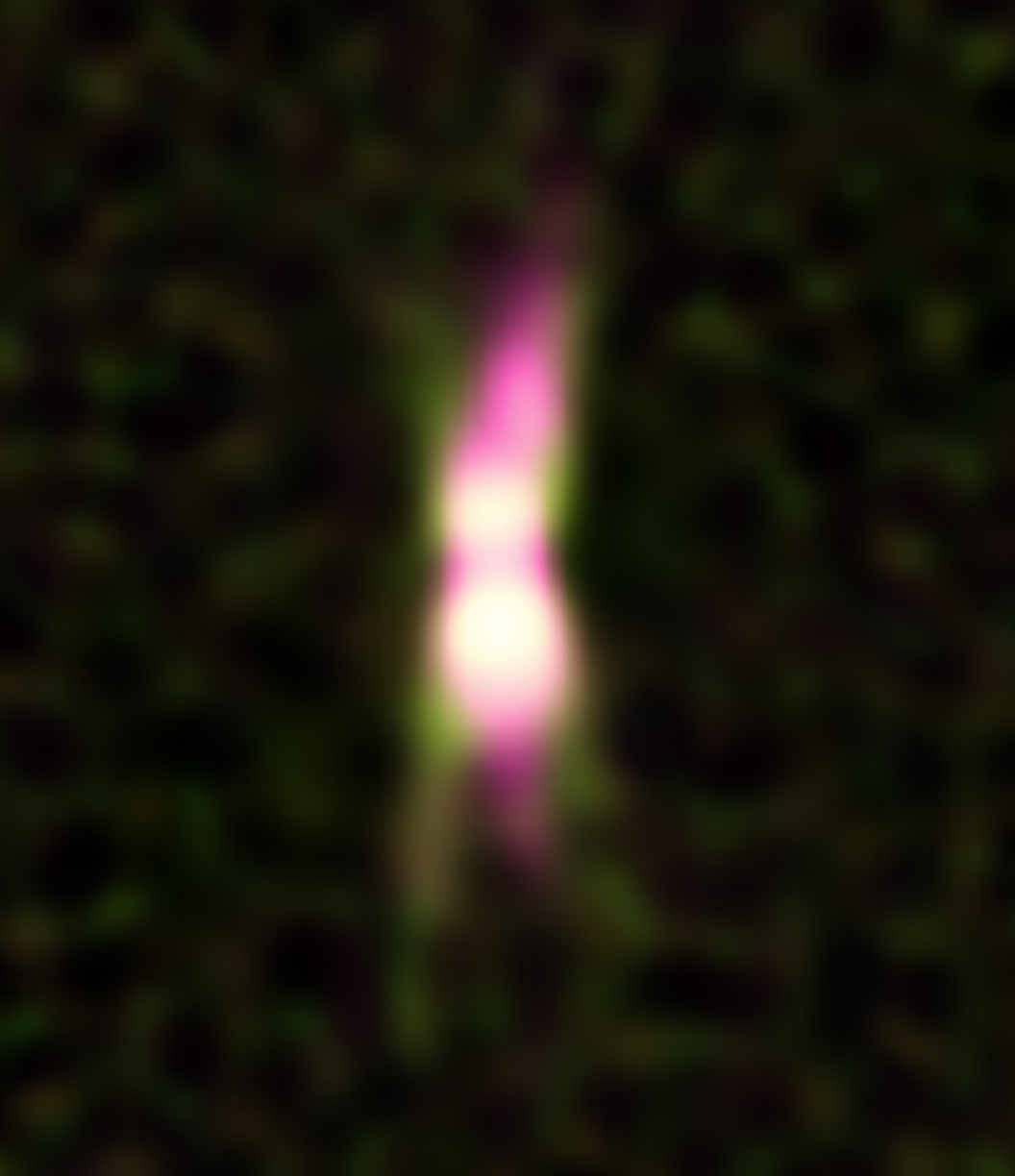 Bloomin’ beautiful: the star IRAS 15445-5449. Compact Array observations of the star’s jet are shown in pink. Dusty material around the star, imaged with ESO’s Very Large Telescope Interferometer, is shown in green. The star itself is hidden by dust. (Credits: A. Pérez-Sánchez /ATCA/CSIRO; E. Lagadec/ESO)

The “jet” phase is the first stage of the star becoming a planetary nebula. This phase is just the blink of an eye in a star’s life, probably lasting only about a hundred years.

So enjoy these flowering stars! As Canadian band Trooper sang, “We’re here for a good time, not a long time”.