Our researchers have created the first ever interior 3D map of Italy’s iconic Leaning Tower of Pisa by using a breakthrough mobile laser mapping system. The map, created using Zebedee technology, will have a significant impact on preserving the cultural heritage of the site.

It really is a story of landmark science. 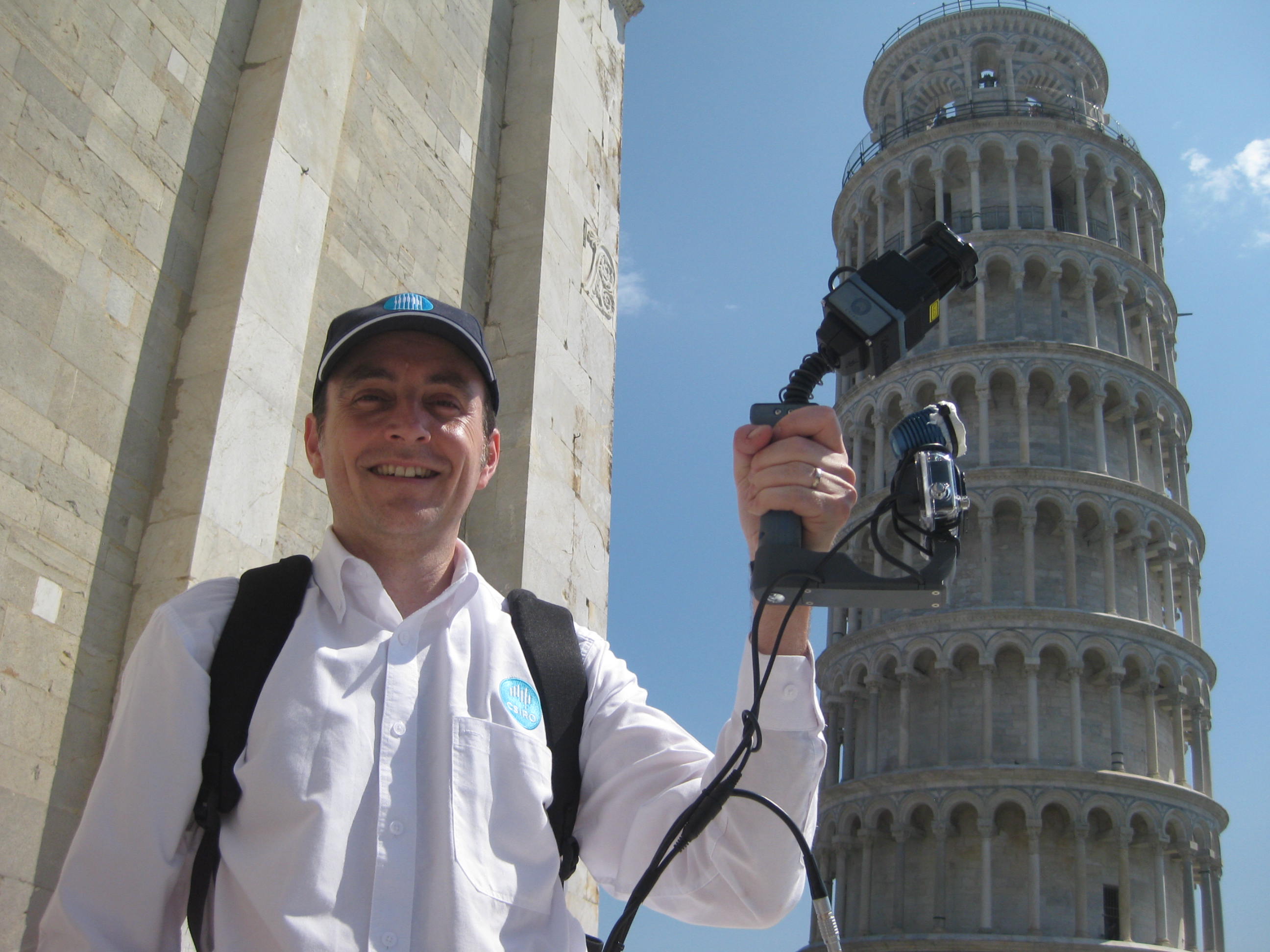 We’ve written about Zebedee’s feats before – the system has already mapped caves, crime scenes, mines, forests and other cultural heritage sites. The system incorporates a laser scanner that sways on a spring to capture millions of detailed measurements of a site as fast as an operator can walk through it. Specialised software then converts the system’s laser data into a detailed 3D map. Earlier this month, the Zebedee team won a prestigious Eureka Prize for Innovative Use of Technology.

Now Zebedee has gone where no 3D mapping system has gone before; creating a complete map of the leaning tower of Pisa. While the tower’s cramped stairs and complex architecture have prevented previous mapping technologies from capturing its interior, Zebedee has enabled the researchers to finally create the first comprehensive 3D map of the entire building.

“Within 20 minutes we were able to use Zebedee to complete an entire scan of the building’s interior. This allowed us to create a uniquely comprehensive and accurate 3D map of the tower’s structure and composition, including small details in the stairs and stonework.” said research leader Dr Jonathan Roberts.

During ‘Project Pisa’, we collaborated with local Italian scientists from Scuola Superiore Sant’Anna (SSSA) who believe the research will have significant impact on preserving the cultural heritage of the site.

“Our detailed record of the Leaning Tower of Pisa may one day be critical in being able to reconstruct the site if it was to suffer catastrophic damage due to natural disasters such as a fire or an earthquake. Having a detailed 3D model of the world’s most significant cultural heritage sites could also be used to allow people who cannot physically visit these sites to better understand and appreciate their history and architecture,” said Franco Tecchia, Assistant Professor at the PERCRO Robotics lab. 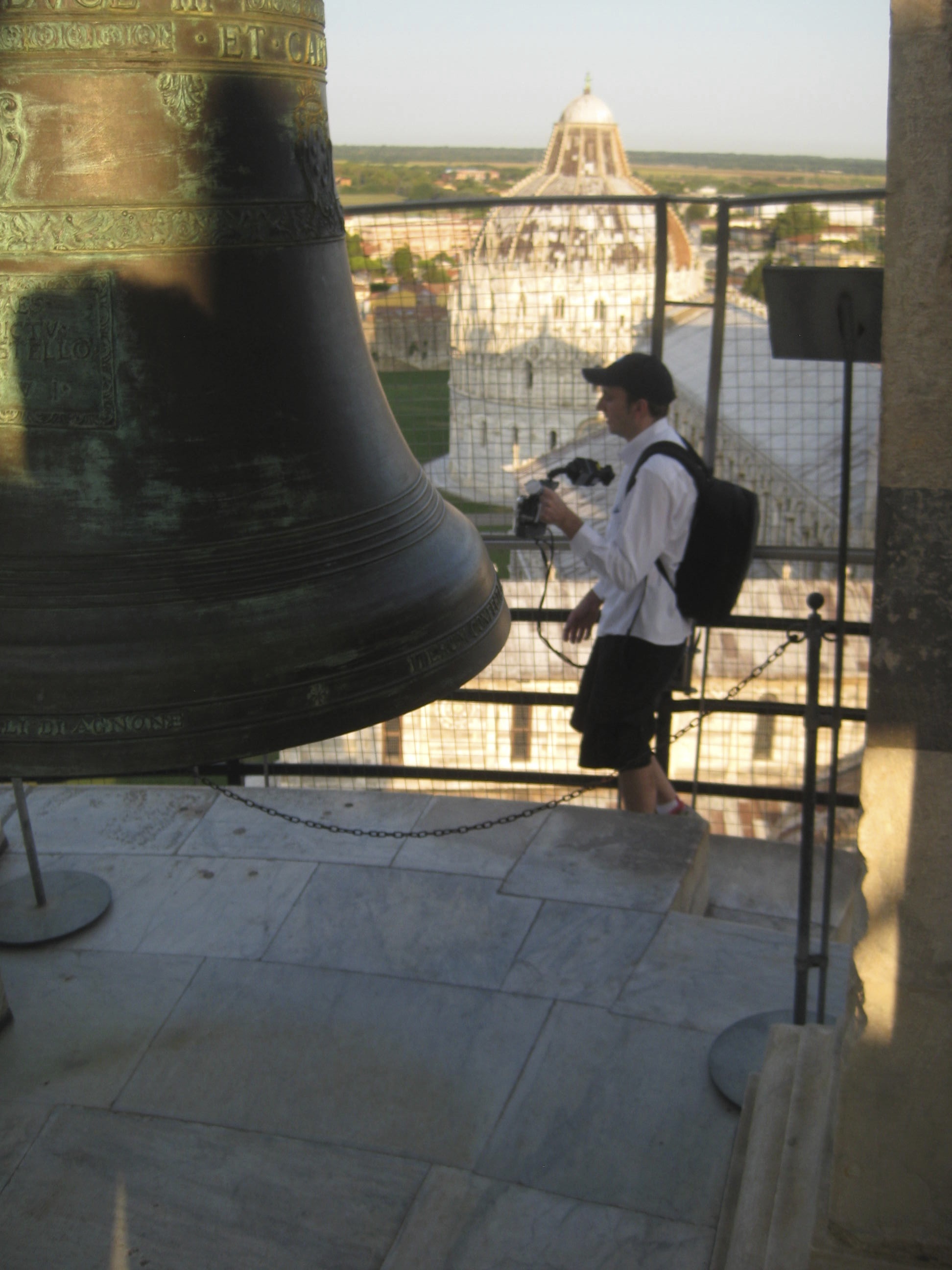 Jonathan Roberts and Zebedee in action.

As well as its impact in preserving the cultural history of the tower, the 3D map adds a nice piece to science history. In the early 17th century, the leaning tower of Pisa was the location of Galileo’s fabled gravity experiment, where he dropped two cannonballs off the side of the tower. In doing this, he demonstrated that the speed of their descent was independent of their mass. Now, 400 years later, world leading technology has brought the leaning tower to the world – just like we were there with Galileo.