The silver bullet for bugs

The silver bullet for bugs

Bugs, beware. A new antibacterial fabric that kills off deadly pathogens could be a new line of defence against nasty infections in our hospitals.

For the past year we’ve been working with scientists from RMIT University to develop the fabric that has been shown to destroy both E.coli and Staphylococcus aureus, commonly known as Golden Staph, within just 10 minutes of contact.

These bugs can cause severe infections and even death if they enter the body through a cut in the skin. Hospital patients are more susceptible than the rest of the population because of their injuries and surgical wounds. In the case of Golden Staph, the National Health Performance Authority reported that more than 1700 public patients contracted golden staph infections in 2012-13. Up to 35 per cent of these proved fatal. 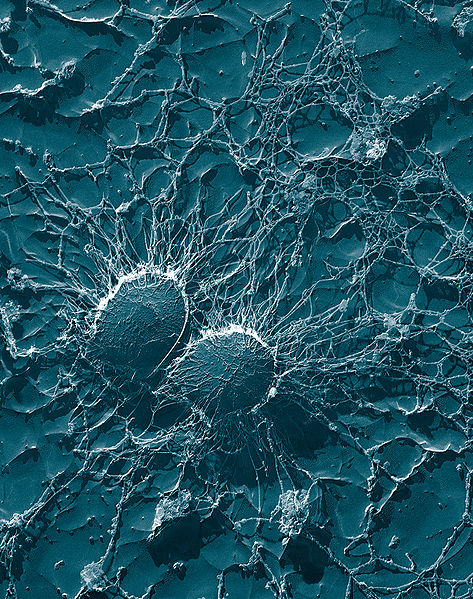 The new fabric utilises the amazing antibacterial properties of silver. RMIT’s Associate Professor Vipul Bansal explained to media that the medical community has taken advantage of the germ-busting elements of silver for over 100 years.

“Silver metal, when it comes into contact with body fluids, releases silver ions and these ions are actually toxic and have anti-microbial and antibacterial properties.

“Instead of using silver metals, we developed a new material called silver TCNQ which releases these silver ions quite slowly so the antibacterial effect is long-term.”

The discovery could significantly reduce the risk of deadly hospital acquired infections and revolutionise the way the medical industry deals with infection control. Potential applications include bandaids and wound dressings, surgical gowns and even bed sheets.

A paper describing the new material was recently published in the prestigious journal Advanced Functional Materials.