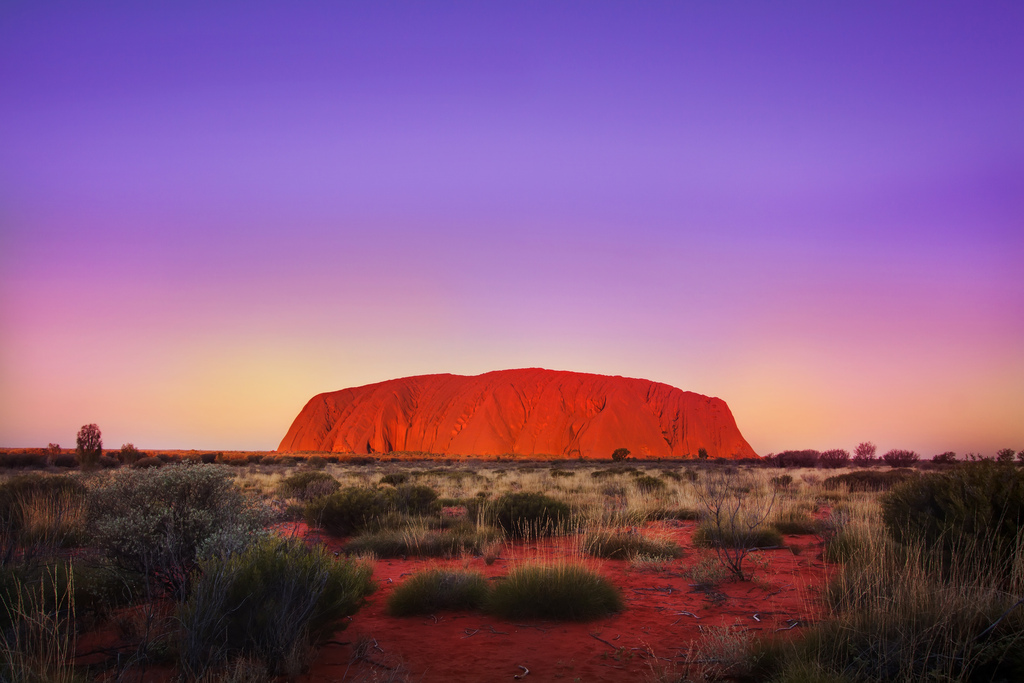 The expanses of gritty, hot earth are almost as big as the skies above Australia’s red centre. And it’s here that CSIRO astronomer Ray Norris is currently spending time.

Until 11 May, Ray is the CAASTRO ‘Astronomer in Residence’ at Uluṟu. He’s talking with traditional owners – Aṉangu – and with visiting tourists about his passion: our Universe.

Ray is one of the first astronomers to be involved in the program – which runs astronomy information sessions – organised by CAASTRO, the Australian Research Council-funded Centre of Excellence for All-Sky Astrophysics.

“Being astronomer in residence at Uluṟu is awesome,” tweeted Ray after his first day. “I learnt so much yesterday. Head spinning!”

Being astronomer in residence at Uluru is awesome. I learnt so much yesterday. Head spinning!

As well as being a professional radio astronomer trying to understand how galaxies form and evolve, Ray has spent the past 10 years studying Aboriginal astronomy. He has worked closely with Aboriginal people in New South Wales, Arnhem Land and the Mid West region of Western Australia to learn about indigenous astronomy and make connections with Western astronomy.

Want to find out what Ray is up to this week? Then follow Ray and the CAASTRO at Uluṟu project on twitter: @CAASTROatUluru.

Previous post:
Grumpy cats and angry birds: do animals have feelings too?
Coming up next:
The silver bullet for bugs