The pest is history! Put your knowledge to the test

The pest is history! Put your knowledge to the test

Do you know your rabbits from your 'river rabbits'? What does lantana look like? Take our biocontrol quiz and put your pesty knowledge to the test!

Bellyache bush. Bridal creeper. Prickly pear. Some invasive species just sound nasty. But others are trickier to distinguish … some weeds can be beautiful. “Oh, my, isn’t that lovely rosy dock pretty?” No! Step away from the nice flowers! Rosy dock is a weed.

From cane toad to rabbits, weeds and pest species have had a devastating impact on our island home. Our scientists are researching ways to manage pests and weeds with biological controls, aka biocontrol agents. It’s a way of using nature to fight nature.

You may have heard of the European carp … but how much do you know about the other pesty animals in Australia? Put your noxious knowledge to the test!

You pesty expert! You’ve passed our biocontrol test with flying colours. Bravo! But do you know about our most recent biocontrol agent, the leaf smut fungus?

Ah drats! Why not give the quiz another go? You’ll be a biocontrol boffin in no time. And if you’d rather just read some smutty news, read about our latest (rather smutty) biological control. #1. When were rabbits introduced to Australia?

The answer is 1859. Rabbits were introduced to Australia in 1859 by a wealthy Victorian grazier keen on the sport of hunting. After a fire destroyed the enclosures, rabbits started to spread out across Australia. From there, they bred like … well, the rest is history. 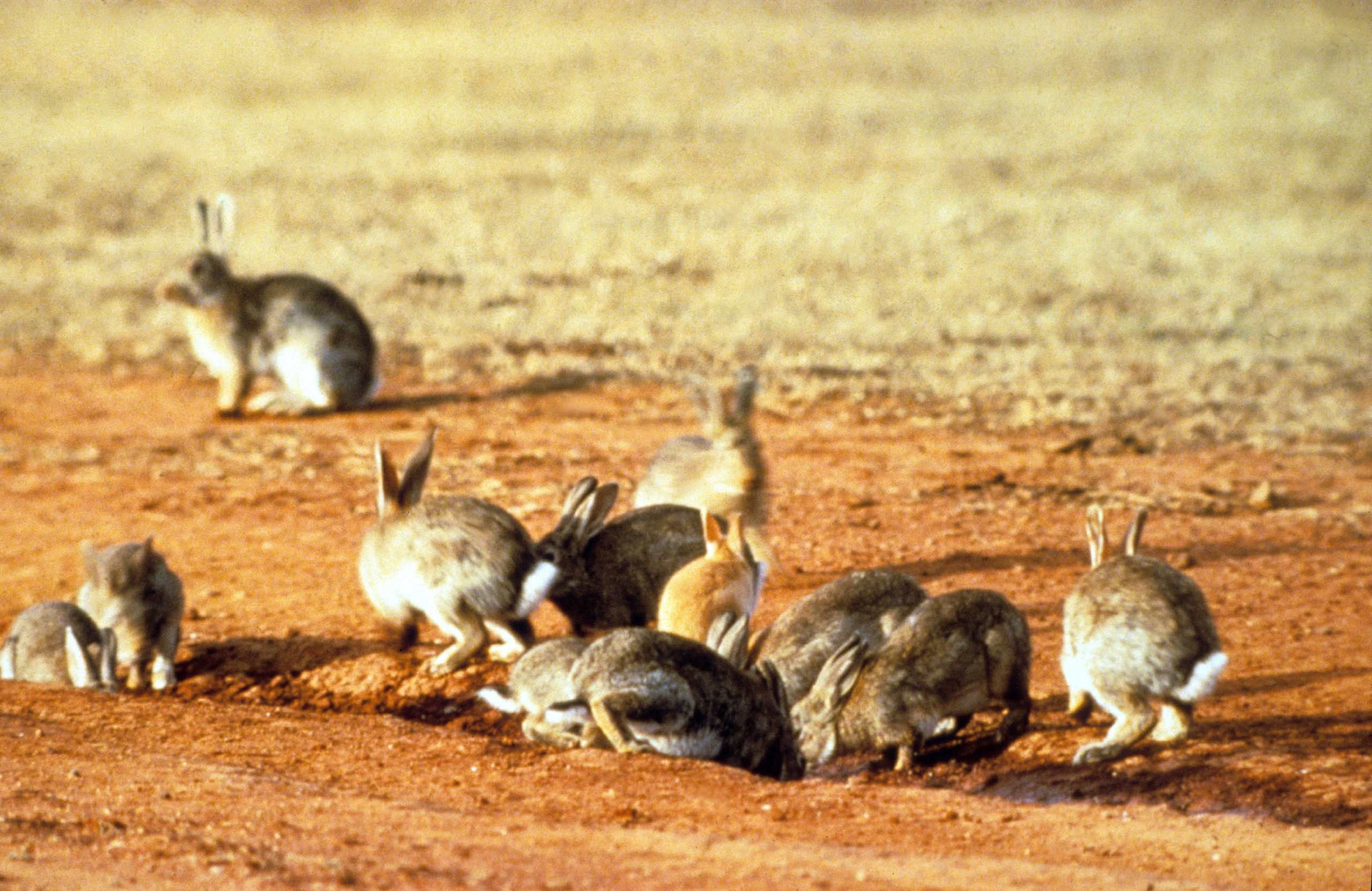 #2. By 1929, rabbits had spread to 70 per cent of Australia’s landmass, the fastest known invasion by a mammal anywhere in the world. By 1950, how many rabbits were there estimated to be in Australia?

The answer is 600 million rabbits. Blimey. 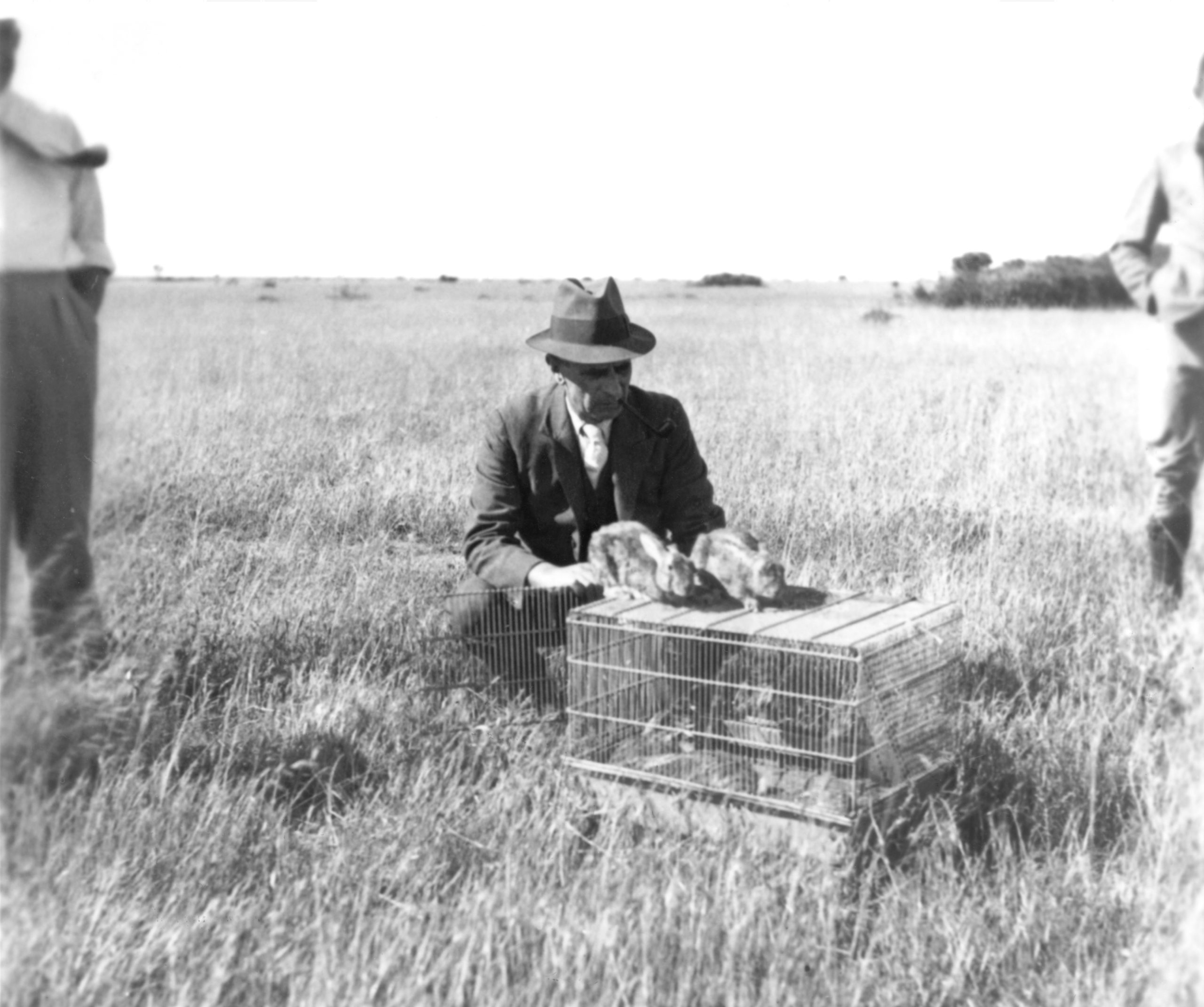 #3. When was the biological control agent, Myxomatosis released across Australia?

The answer is 1950. After Myxomatosis virus was released, there was a dramatic reduction of Australia’s rabbit population. And, within two years, over AUD$68 million was recovered for our wool and meat industries.

Read what happened when CSIRO chairman and two scientists injected themselves with the myxomatosis virus, to calm public fears about human impacts. 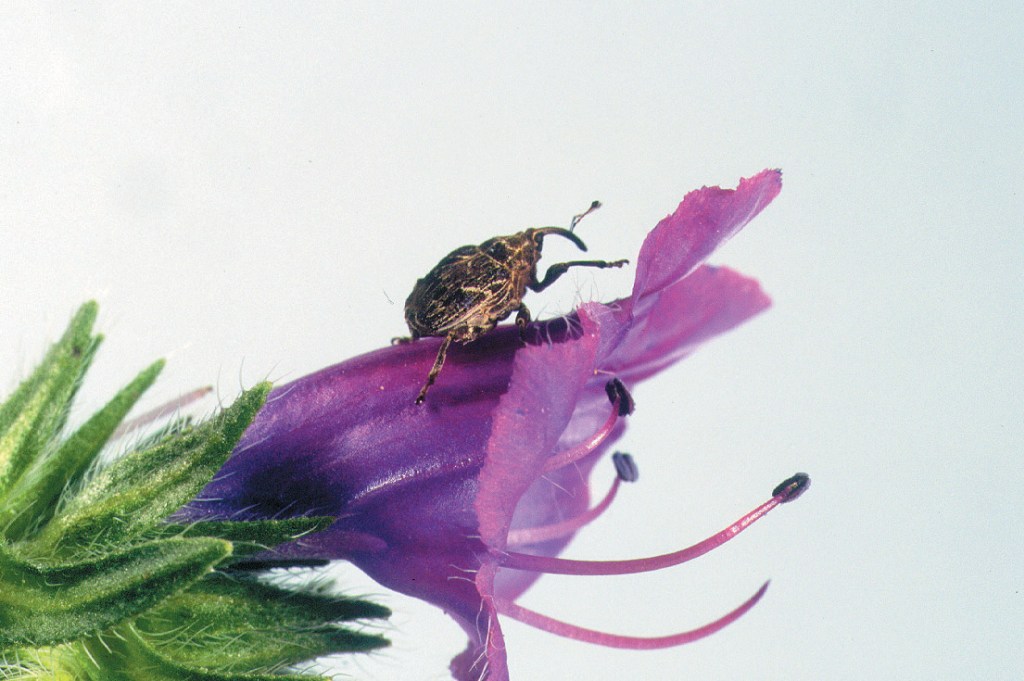 #4. What type of organisms can be used as biocontrol agents?

The answer was all of the above. Bacteria, fungi, viruses, or parasitic or predatory organisms, such as insects, can all be suitable as biocontrol agents. (Is it just us, or does this little weevil look like it’s walking up a floral Pride Rock?) 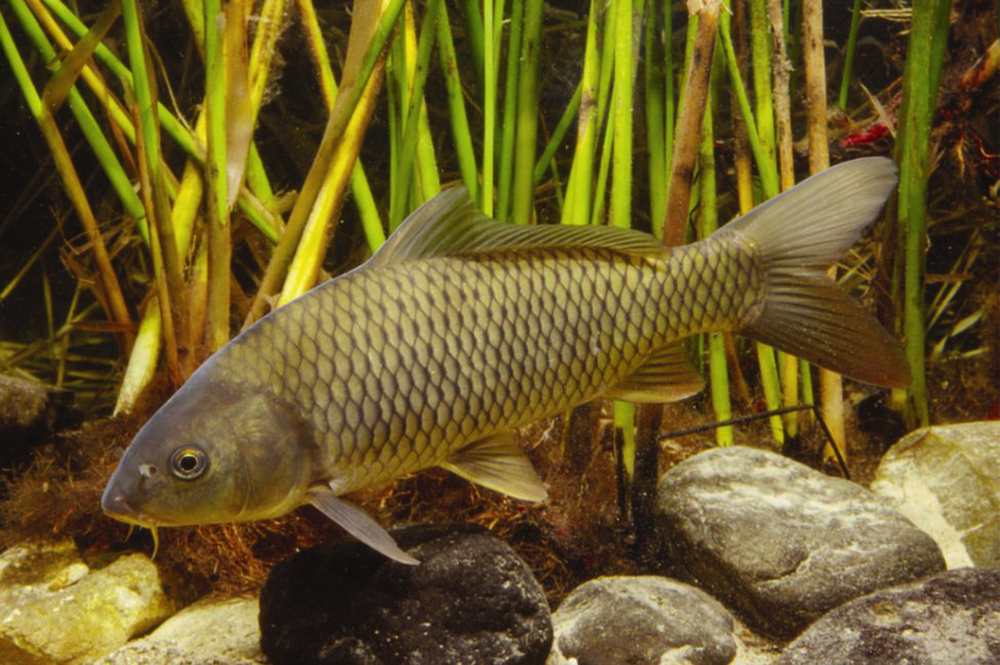 The answer is European carp. Carp were first introduced to Australia for aquaculture purposes but became a major pest in the 1960s, after the accidental release of a German strain, called Boolarra. We’re working to rid our rivers of this aquatic rabbit. 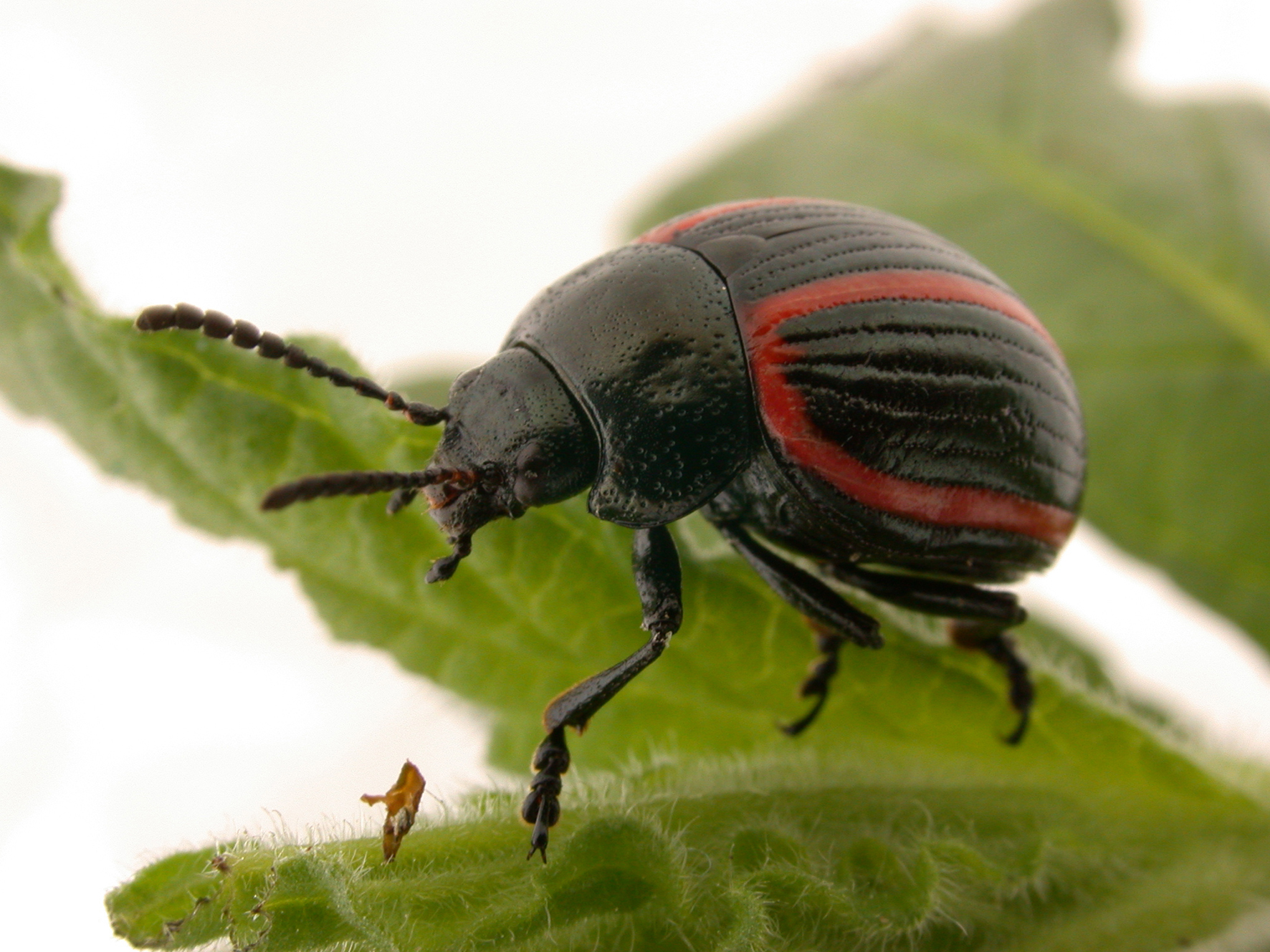 #6. Which statement is true?

This answer may surprise you. Once biocontrol agents of weeds are established, they are self-sustaining and don’t have to be reapplied. Do you know that, for every $1 spent on biocontrol of weeds, there’s a $23 benefit for agricultural industries and our society, based on cost-benefit analyses done in 2006.) Cha-ching! #7. Which agency released the cane toad in Australia in 1935?

The answer is the Bureau of Sugar Experiment Stations.

Cane toads were deliberately introduced in Queensland in 1935 by the State Government’s Bureau of Sugar Experiment Stations – a group set up to support the industry and part-financed by a levy paid by growers – to help the industry deal with cane beetles attacking sugar cane roots. No tests were carried out beforehand to find out what impact the toad might have on the environment, or even if it would actually eat the beetles. The cane toad was not released as part of a formal scientific research program; in fact, under current testing regulations, the cane toad would never have been considered as a viable biocontrol option for the sugar industry! 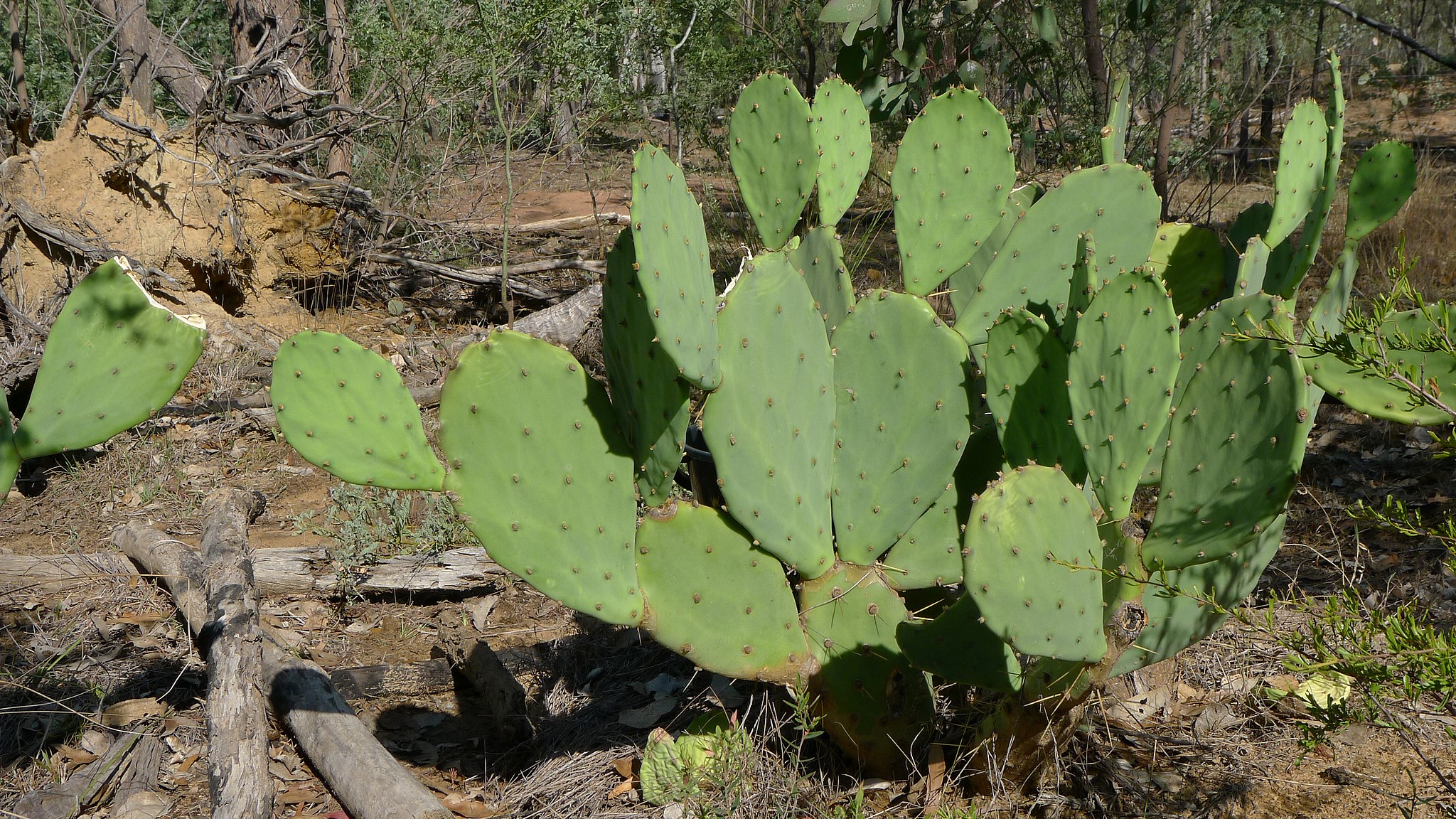 #9. How much does it cost Australian agriculture to manage the impact of invasive species, per year? 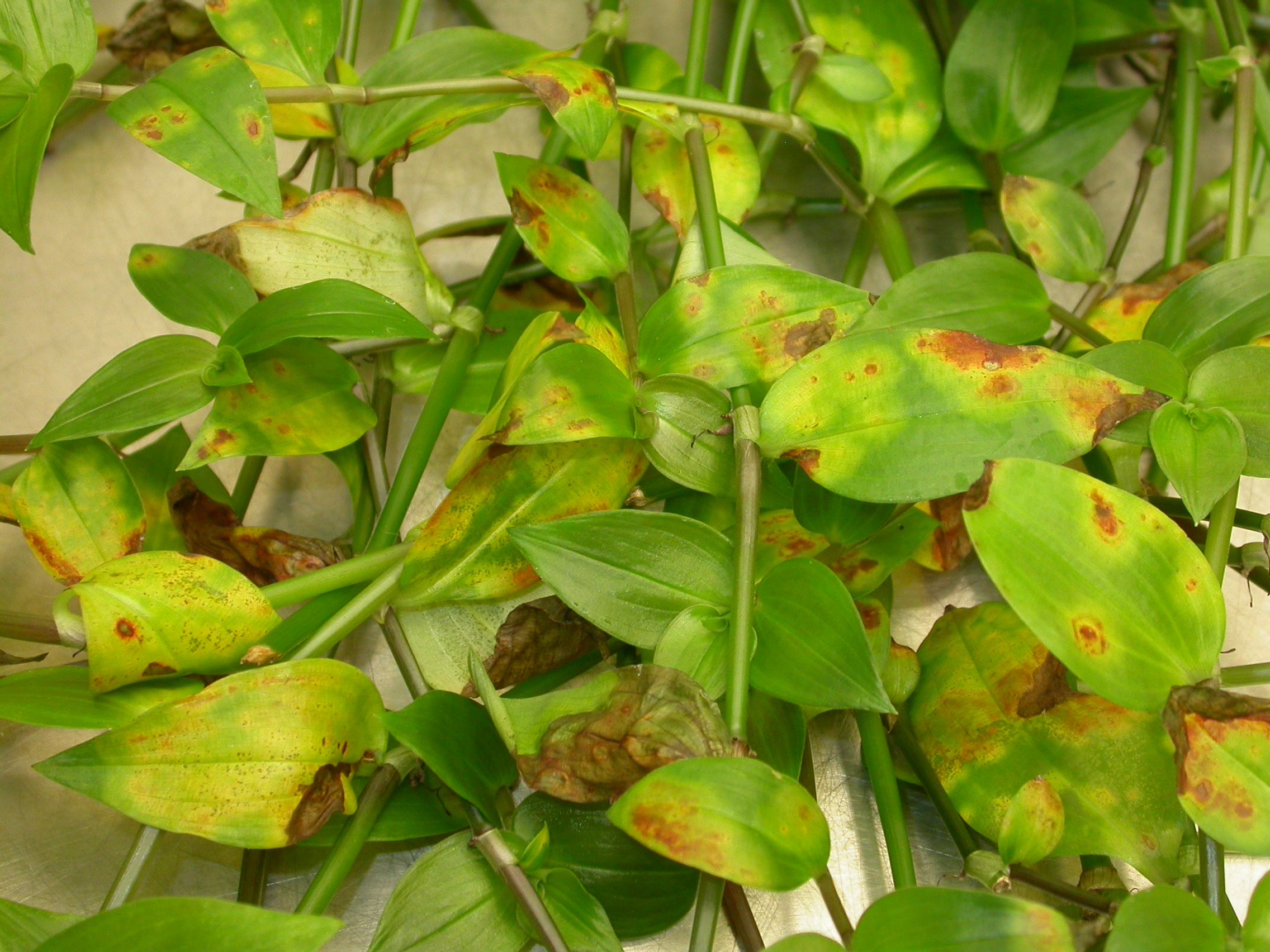 #10. What’s the name of the biocontrol agent we’re releasing to combat wandering trad, a smothering weed from South America?

The answer is leaf smut fungus. Deep inside our quarantine facility in Canberra, our scientists have spent years testing a leaf smut fungus. Why? It could control an invasive weed called wandering trad. Wandering trad smothers our rainforests, clogs waterways and causes irritation to pets. But we’ve come up with a smutty way to control this weed.

Read all about our new biocontrol release. #11. Australia has a rigorous process for testing potential biocontrol agents before authorities grant approval for release. How many steps are involved in gaining approval to release a biological control agent?

Annnnd the final answer 10. There are 10 involved in gaining approval, involving two government departments, two specialist committees and two acts of legislation, plus months or years of research to ensure all risks have been considered and appropriate testing has been carried out at every stage of the process. For more information visit this site.

Finish
Smut to the rescue! Have you heard of our new biocontrol official, Agent Smut?

Previous post:
Smut to the rescue
Coming up next:
Past Antarctic air informs our future

END_OF_DOCUMENT_TOKEN_TO_BE_REPLACED