Smut to the rescue

Smut to the rescue

Our scientists are releasing a smut fungus. It's a new biocontrol for a weed called wandering trad, which is smothering our forests and clogging waterways. 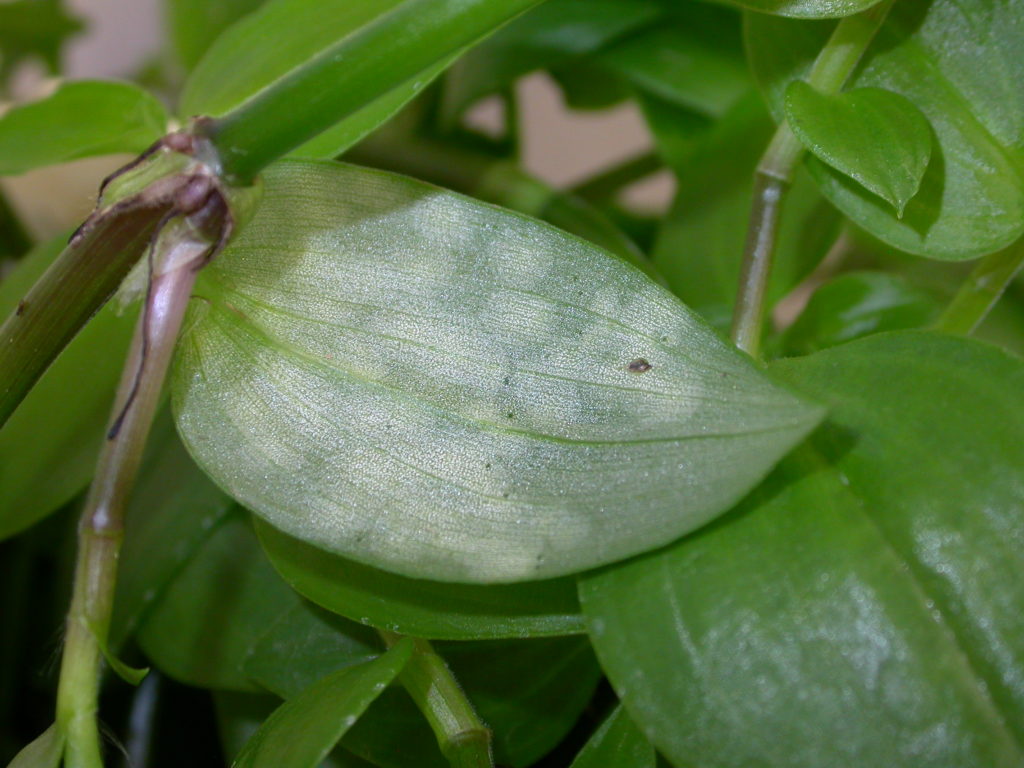 The leaf smut fungus (Kordyana brasiliensis) doing its work on a leaf of the weed species known as wandering trad.

Deep inside our quarantine facility in Canberra, our scientists have been testing a leaf smut fungus for the last few years. Why? It could control an invasive weed called wandering trad.

We’re building on the work of Brazilian researchers, who tested whether this leaf smut fungus (which originates in Brazil) could be used as a biological control agent in New Zealand.

They call me Control. Biological Control.

Biological control is the practice of managing a weed by deliberately using one or more of its natural enemies (biocontrol agents) to suppress it. Our researchers have many years’ experience in how to develop and test biocontrol agents for weeds, especially those that invade our native ecosystems or affect agricultural industries.

For instance, in 1991 we led a national biocontrol program looking at six different agents for biocontrol of the pesky Paterson’s curse weed. Biocontrol agents were released between 2001 and 2006. The program was a success, bringing more than $1B worth of benefits for grazing industries, including reduced animal deaths and increased pasture growth.

So what will kill the weedy wandering trad?

Wandering trad (Tradescantia fluminensis) is native to South America, but it’s a major weed in Australia. Here, it forms a dense cover on the forest floor, reduces native vegetation and clogs waterways. It can also cause skin irritations to domestic pets. 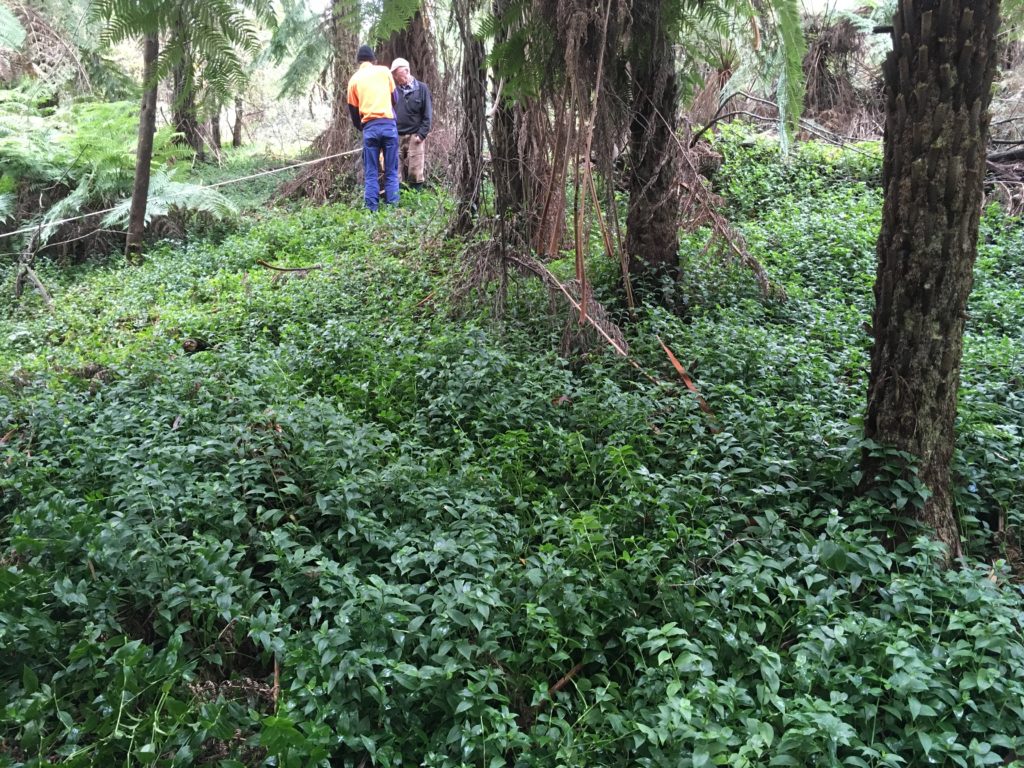 A thick infestation of wandering trad, a weed that smothers everything in its path.

But there is a smutty solution to this weed: the leaf smut.

The leaf smut fungus (Kordyana brasiliensis) spreads through spores, and it needs wandering trad leaves to survive. This pathogen enters wandering trad through the leave’s air holes (stomata), and slowly uses the weed’s energy for its own fungal growth. After two to three weeks, the leaves begin to develop yellow spots, caused by a lack of chlorophyll. Eventually the fungal infection is so severe that the wandering trad leaves die. The sick plant becomes less competitive against neighbouring native plants, giving them an advantage, and the opportunity to grow. 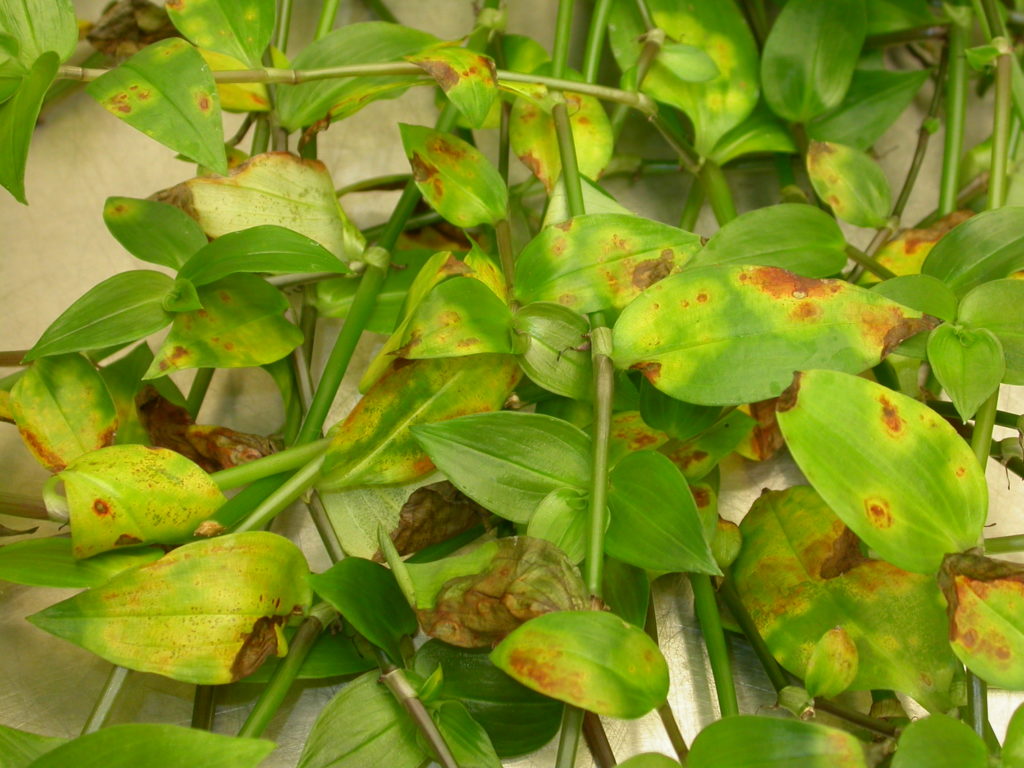 As the leaf smut fungus uses up the weedy wandering trad’s resources, the leaves turn yellow from a lack of chlorophyll.

It’s a “smothering carpet of weeds”

It turns out people want smut. Members of the local community, including local councils, Landcare groups and the Community Weeds Alliance of the Dandenongs (CWAD) have been vocal about the impact of wandering trad in the region.

“While we have been hand-clearing infestations, we’ve noticed that the smothering carpet of wandering trad prevents native vegetation from growing,” said Mr Bill Incoll, convenor of CWAD.

“Left unchecked, we’re really concerned about the impact this weed will have on the health and survival of the natural ecosystems,” Mr Incoll said. 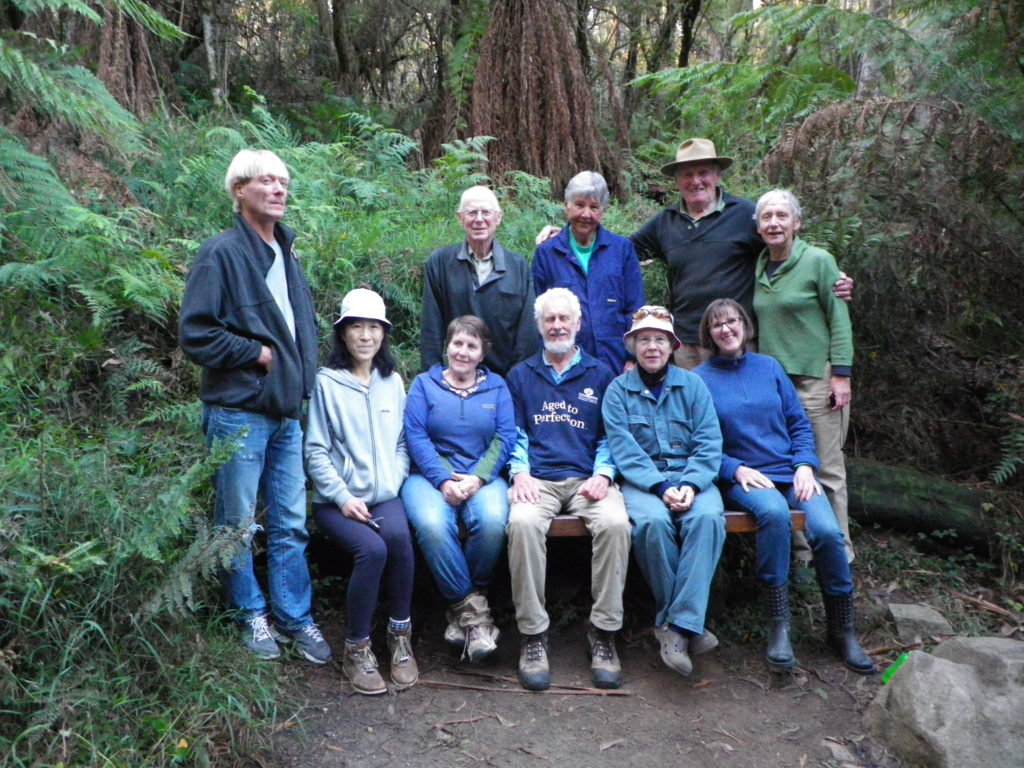 Our scientists have been working with them and updating them on the research.

We need as many hands on the ground as possible: once a biological control agent is approved for release, community involvement is vitally important to ensure the agent is spread to as many separate infestations as possible.

How do we make sure biocontrol agents are safe?

A fundamental aim of our research is to ensure that introduced biological control agents target the weed only and not become pests themselves.

How do we do this? Our biological control researchers develop a list of plants that are closely related to the target weed using latest molecular data (for instance, we have some native plants that are closely related to wandering trad). We expose these ‘non-target’ plants to the agent, and then assess their reaction to determine if the agent can survive and reproduce on them. This research is typically performed in a containment facility in Australia. 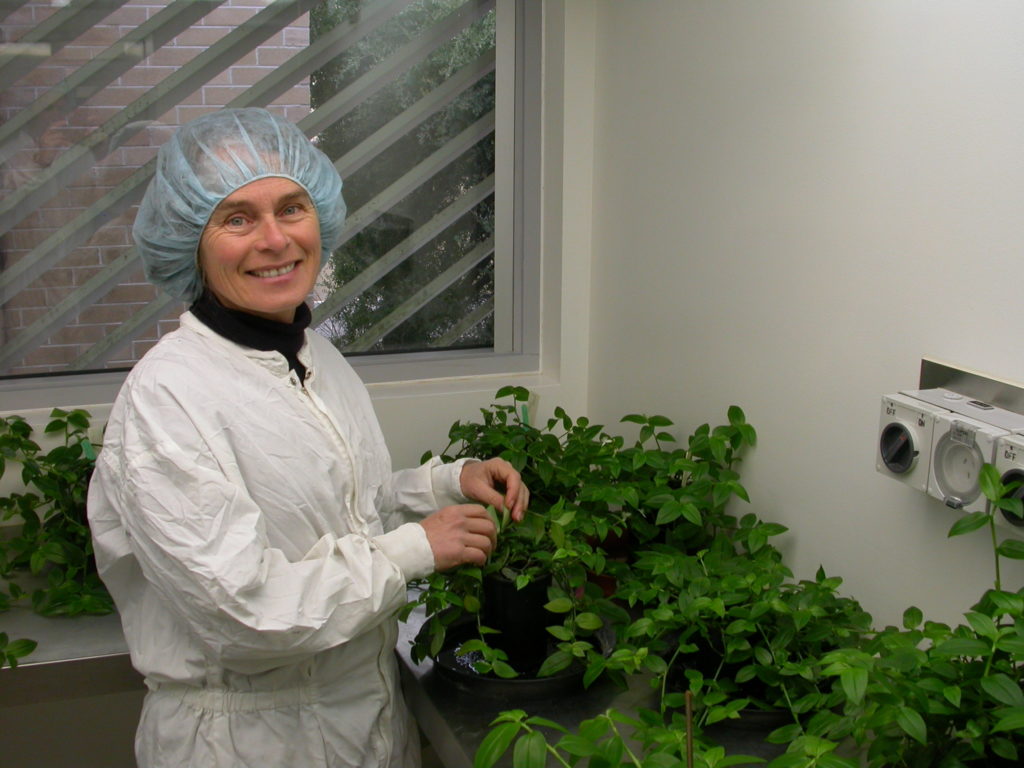 Dr Louise Morin tests the leaf smut on some wandering trad. She’s pictured in our bio-secure facility in Canberra.

We have two containment facilities where we test biocontrol agents: one in Canberra (home of the leaf smut research) and one in Brisbane.

Our containment facilities can only be accessed via airlocks and security systems, and are fitted with specialised filters and negative pressure to ensure imported organisms are contained. Protective clothing must also be worn while staff are inside the secure area, which is then removed prior to exiting through the airlocks. All infected material has to remain inside the secure laboratory, be destroyed in a manner that allows no survival of the disease (leaf smut, in this case) or be de-contaminated before being removed from the facility.

After years of testing in Brazil and in our containment facility in Australia, our researchers applied for approval to release the leaf smut fungus. We were granted approval by the Department of Agriculture and Water Resources in December 2018.

Our researchers will first release the leaf smut fungus at ‘nursery sites’ in the Dandenong Ranges during the cooler months of 2019. Nursery sites are areas where our staff will monitor the progress of the biocontrol agent to ensure it can survive and spread in the local area and is having a damaging effect on the wandering trad.

Once our researchers are sure that the agent has established successfully at each of the nursery sites, we will host a series of field demonstration days. During these demonstrations, we will officially hand the agent over to the community, by providing them with infected plant material, so that they can spread it at infested sites near them. Go forth and infect, leaf smut fungus!

Our researchers will be sending details of demonstration days via the community email networks. Visit our team’s website for more information about our biocontrol research. 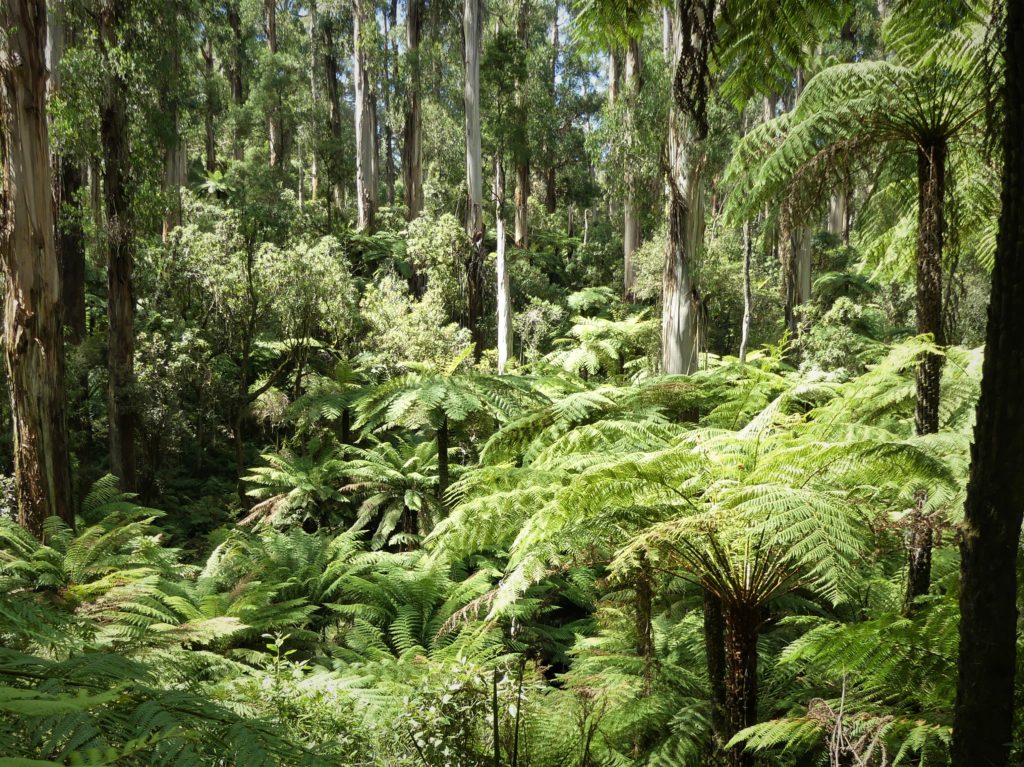 We want our rainforests to have a healthy, biodiverse understorey with lots of native plants, not a thick carpet of the weedy wandering trad. We’re hoping smut fungus will help our forests to recover.

Biocontrol to the rescue! Read more about the benefits of biocontrol

Previous post:
A warning for wine-lovers: climate change is messing with your favourite tipple’s timing
Coming up next:
The pest is history! Put your knowledge to the test