Smoke from bushfires poses a health hazard for all of us

Smoke from bushfires poses a health hazard for all of us

Smoke from bushfires and fires prescribed for fuel reduction, silviculture (tree farming) and biodiversity management are the largest source of air pollutants in Australia.

The bushfires currently raging across south-eastern Australia have, once again, focused national attention on the risks they pose for the community. 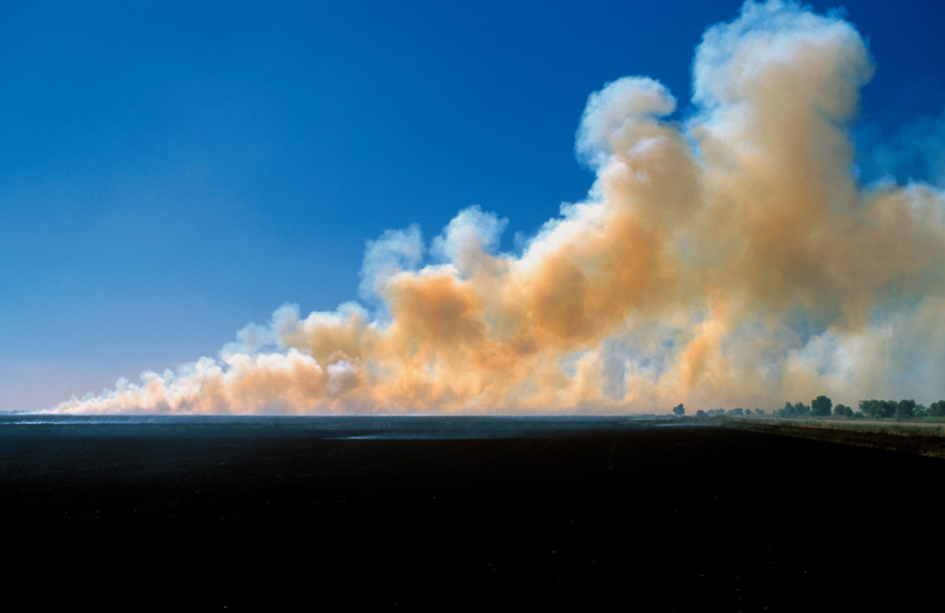 The immediate concerns, naturally, are the direct impacts on life, property and infrastructure, including the threat to life from the intense radiation around even relatively small fire fronts. But even people living far from bushfires can be affected by the smoke they create.

Hobart, for example, is currently under a pall of smoke from large fires on the Tasman Peninsula to the east, in the southwest forest and in the urban interface to the north. This constitutes a major pollution event affecting a large fraction of Tasmania’s population.

From extensive occupational health, toxicological and epidemiological studies, the major causes acute health impacts from bushfire smoke have been identified as fine particulate matter, CO and a small group of respiratory irritants and carcinogens within the thousands of compounds comprising volatile organic compounds – principally, formaldehyde, acetaldehyde and acrolein, benzene, toluene and some polyaromatic hydrocarbons.

Carbon monoxide is particularly insidious because we can’t smell it, and its effects are cumulative. But extensive monitoring of firefighters has found few cases of exposure exceeding occupational health standards.

The smoke exposure of the population in the region of a bushfire, however, appears to be a greater problem. Our measurements of ambient concentrations during and following the 2006/7 alpine fires in Victoria showed that fine particulate matter is the main hazard for the general population.

Fine particulate matter produced by bushfires comprises particles smaller than 2.5μm (a micrometre or micron, 10⁶), which can penetrate and lodge deep within the lungs. Once there, their impact can be severe. Such morbidity impacts, including asthma, are difficult to quantify statistically, but there’s accumulating evidence that they can be substantial, and ongoing studies are addressing the question.

What we do know and currently accept is that average population death rate (mortality) goes up by 1 per cent for every 10μg/m³ increase in daily average concentration of fine particulate matter. For health-impaired or susceptible groups in the population, this increase can be up to 4 per cent. 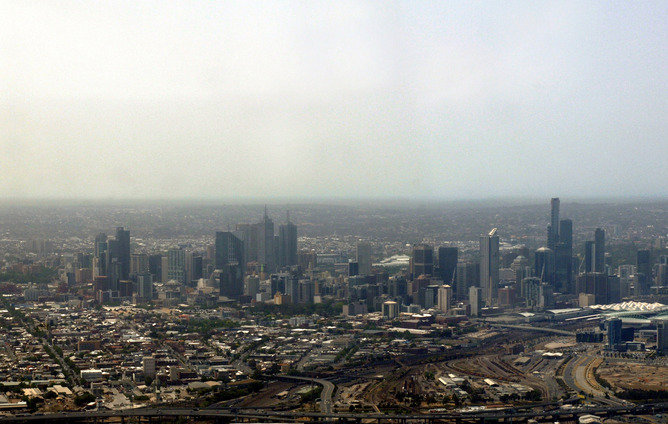 A blanket of smoke due to bushfires approaches Melbourne, Friday, Dec. 8, 2006. Eighteen fires are currently burning across state forests and the Alpine National Park in the north east and Gippsland region, blackening about 150,000 hectares. (AAP Image/Julian Smith)

During the 2006/7 fires, for instance, the CSIRO air quality station at Aspendale recorded that smoke affected Melbourne for eight days with concentrations of fine particulate matter reaching approximately 100 μg/m³. If the whole of the population of Melbourne had been directly exposed to this concentration, the daily death rate in the city over the period of exposure could have increased by 10 per cent.

Rigorously quantifying the number of people affected is major challenge and probably impossible. It’s clear that the extent of smoke dispersion affects the relative impact of smoke on the regional population, which could be significant.

And the health effects of smoke are not just direct, smoke also impacts on other air-quality measures. Secondary chemical processes, particularly photochemistry, result in products such as ozone and ultrafine secondary organic aerosol, both of which potentially pose health risks.

Ozone concentrations well above the air quality limit were frequently recorded during during the 2006/7 Victorian fires – this is rare at other times.

The impact of smoke on people remote from the fires may, on occasion, substantially exceed the direct injury to people within the fire zone. But we currently lack the operational tools to understand the extent of these impacts or to manage them.

The non-lethal impacts of fine particulate matter haven’t been quantified, and although available models are reasonably reliable, the framework required to bring together all the components for forecasting smoke dispersion hasn’t yet been developed for Australia. Both are essential for managing the diffuse impacts of severe fires, and fortunately, both are now in development.

Previous post:
What a year it was! December 2012
Coming up next:
Friday Fish Time