With the New Horizons spacecraft edging closer and closer to its rendezvous with Pluto, we thought it might be helpful to clear a few things up. Just how far is it from the Sun? What's the temperature like? And is it really a planet?

We’re playing a vital role in NASA’s New Horizons mission, the first ever attempt to visit Pluto. Learn more about this historic exploration, and our other astronomical feats, at #CSIROSpace.

It’s more than five billion kilometres away, is smaller than our moon and it’s not even a planet. So why have we spent nine and a half years hurling a probe to the far reaches of the Solar System, just to catch a brief glimpse of a tiny ice dwarf known as Pluto?

Well for one, we know hardly anything about the composition of the dwarf planet and its moons. Learning more about how they formed will help us better understand the origins of our solar system.

But who knows what other secrets might be unlocked by the New Horizons spacecraft and its suite of scientific instruments: what ‘unknown unknowns’ we might discover when the data starts streaming on July 14?

Before the teams at NASA and John Hopkins University sink their teeth into this bounty of information, we thought we should take stock of some of the things we DO know about this odd chunk of ice and rock that sits on outer edge of the solar system.

1. Believed, and then seen: Pluto’s location was originally predicted by Percival Lowell in 1915, before being officially discovered on February 18, 1930 by Clyde Tombaugh at the Lowell Observatory in Arizona, USA.

2. When in Rome: Pluto was named by an 11 year old girl, Venetia Burney, after the Roman God of the underworld. Thankfully Pluto was chosen over the other options like Zymal, Constance and Cronus. 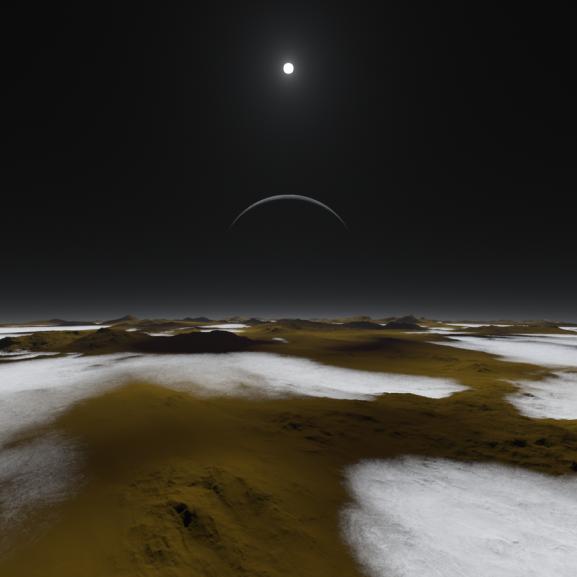 Just how dim is the sunlight on Pluto, some three billion miles away? This artist’s concept of the frosty surface of Pluto with Charon and our sun as backdrops illustrates that while sunlight is much weaker than it is here on Earth, it isn’t as dark as you might expect. In fact, you could read a book on the surface of Pluto. Image credit NASA/Southwest Research Institute/Alex Parker

3. Out of its world: A list about Pluto would be incomplete without talking about the loss of its planet-hood status. In 2006 the International Astronomy Union finalised the definition of a planet, sadly Pluto was unable meet the criteria. Because Pluto is ‘unable to clear the neighbourhood around its orbit’ it was downgraded to the first ever dwarf planet.

4. You thought dial-up was bad: Even at the speed of light it will take 4.6 hours for our team at the Canberra Deep Space Communication Complex (CDSCC) to receive data from New Horizons.

5. Pluto’s pups: There are five moons in orbit around Pluto. Charon, the largest was discovered back in 1978. Hydra, Nix, Kerberos and Styx were all discovered between 2005 and 2012.

7. Long days, longer years: The length of a Pluto day is equal to 6 days, 9 hours and 17 minutes, compared to Earth’s 24 hours. It takes Pluto a whopping 247.9 Earth-years to complete one orbit of the Sun.

9. A rock and a cold place: Pluto is made up of one third frozen water with the remaining two thirds consisting of rock.

The New Horizons spacecraft is due to pass by Pluto on the 14th July, and our team at the CDSCC are ready to receive the first ever images and video as they’re sent through. NASA will be making much of it available soon after, so stay tuned as we will be sharing these images on our blog, Facebook, Twitter and Instagram.

Previous post:
We’re kneading our way to bread that lowers cholesterol
Coming up next:
GovHack: All your data are belong to us