Our future in drought

Our future in drought

Recently Australia has seen devasting scenes of blistering heat, historic low rainfall and drought across central and eastern Australia. While our history is punctured by droughts battering Australia, what can they tell us about the future? 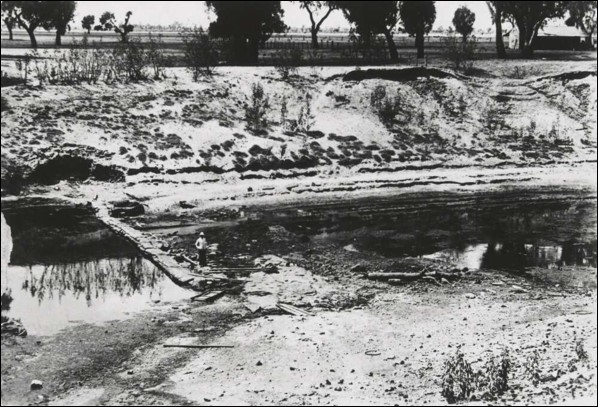 An extremely low water level in the Darling River in Wilcannia, 1902. Source: National Library of Australia

Australia is a continent defined by extremes. Recent years have seen devastating scenes of blistering heat, historic low rainfall and drought across central and eastern Australia.

But what can droughts tell us about the future? Ecologists have reconstructed Australia’s Federation Drought (1895 to 1903) to explore how megadroughts affect Australian ecosystems. They found that droughts could lead to a possible ecosystem collapse without any mitigation from us.

‘Once in a century’ drought

The Federation Drought is thought to be one of the most severe droughts in European recorded Australian history. Much of the country received less than 40 per cent of its average rainfall. 1902 was also our driest year on record.

But little was known about the Federation Drought’s ecological impacts. 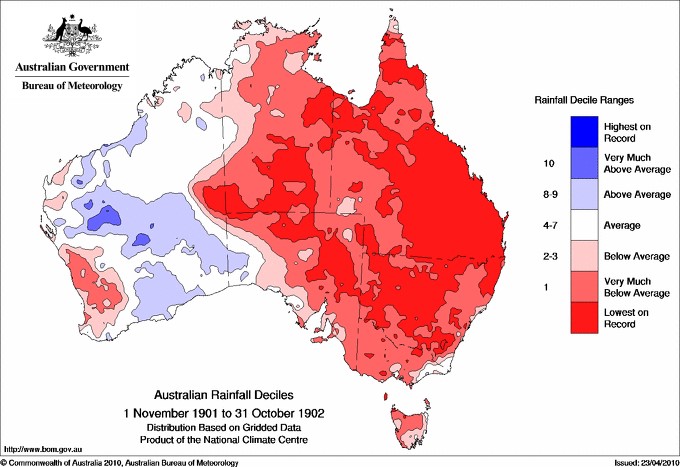 To reconstruct the Federation Drought, our scientists studied historical newspaper articles from the National Library of Australia.

“We overlaid this with historical rainfall records, and we travelled to the severely impacted areas. We were also able to refer to CSIRO’s National Research Collections Australia to determine what was impacted,” Dr Godfree said.

This allowed researchers to clearly visualise what conditions were like in 1902, and their effects on biodiversity.

“More than 60 bird, fish, mammal, reptile, and plant genera (species) were severely affected across over a third of Australia,” he said.

“Wildlife and stock starved or died of thirst. Native birds and mammals died under trees, in creeks, and on the plains. Tens of millions of sheep were killed. Hundreds of millions of rabbits died of starvation after stripping the landscape of its plant life,” he said.

“Herbivores, grain-eating birds, fish and plants were most vulnerable, while predators who could feed on dead animals, and other groups like waterbirds which could travel long distances, were less impacted,” Dr Godfree said. 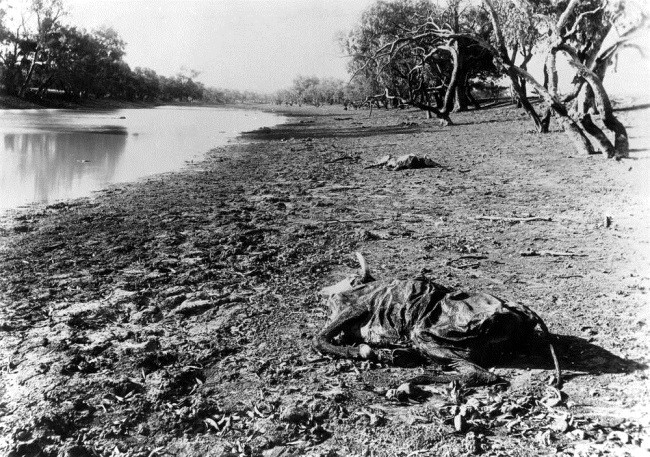 A cow carcass close to the river. Many stock starved or died of thirst during the Federation Drought. Source: National Library of Australia

Australia’s national climate projections indicate that, over the coming decades, we will experience more time spent in drought. And researchers warn that an increase in such drought events could be devastating for global biodiversity.

“With many of Australia’s landscapes more fragmented and degraded than in the 1800s, and species under pressure from invasive plants and animals, a similar drought today could spell disaster on an even more devastating scale than seen in the Federation Drought,” Dr Godfree said.

“Right now we need to focus on maintaining healthy ecosystems as an insurance against drought impacts,” he said.

This is why we need a plan. 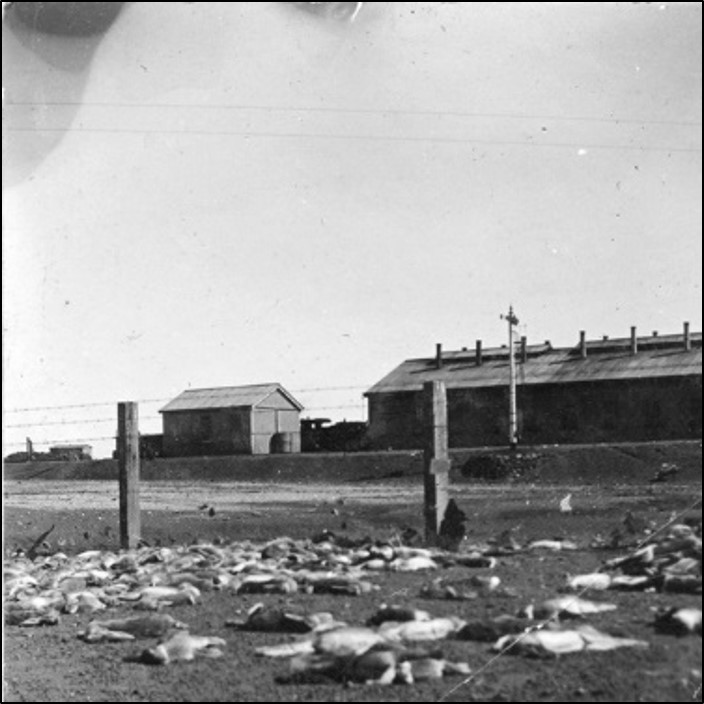 Hundreds of millions of rabbits died of starvation after the drought decimated the land of greenery. Source: National Library of Australia

But it’s not all doom and gloom. Our researchers are using this data to work on ways we can prepare for, and adapt to, the impacts of future droughts. This ranges from new agriculture practices and drought-tolerant plants through to a better understanding of the science of climate change and water resources.

See how else we're mapping out solutions

Previous post:
The Dish: Fact vs fiction
Coming up next:
How we can shine in the next race to the Moon