How we can shine in the next race to the Moon

How we can shine in the next race to the Moon

If there was an up and down in space, Australia would be on top of the Earth looking at the centre of the galaxy - perfectly placed for the next race to the moon. 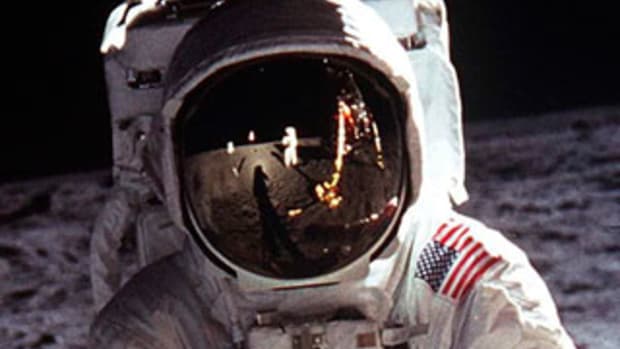 The world watched spellbound as American astronauts walked on the moon; now NASA is seeking international collaborators for a return trip.

On July 21, 1969, I was seven years old and sitting on my classroom floor in Sydney’s Northern Beaches watching spellbound, along with 600 million people around the world, as Neil Armstrong took his first steps on the Moon.

I had no idea of the ingenuity and collaboration behind the Apollo program. Nor how Australia helped NASA share the TV images of this “giant leap”, thanks to the teams working at NASA’s Honeysuckle Creek tracking station near Canberra and CSIRO’s Parkes radio telescope in NSW.

In 1969, Australia had more NASA tracking stations than any country except the USA.

Today, with the recent establishment of the Australian Space Agency and increasing commercial interest in space, awareness is growing of the important role our nation has played in the space ecosystem and the great national opportunity we have before us.

Thanks to continental drift, Australia is positioned perfectly to look up into the centre of our galaxy, the Milky Way, and beyond into the universe – so if there really was an up and down in space, Australia would actually be on top of the Earth looking at the centre of the galaxy – which perhaps explains why Australians have such a unique perspective of the world and our place in it.

Our Southern Hemisphere location is one of the reasons that NASA – and more recently the European Space Agency – established deep space tracking ground stations here.

To ensure continuous contact with spacecraft, it’s ideal to have three stations spread at equal intervals around the Earth. A station in Australia provides complementary coverage to stations in Europe and the Americas.

And our relatively low population densities – especially away from large centres – means that minimal radio frequency “noise pollution” makes it much easier to detect faint radio signals from space, including those used to communicate with spacecraft. For all of this reasons, Australia continues to support NASA and other international space agencies in the exploration of our solar system.

The Canberra Deep Space Communication Complex, which CSIRO manages for NASA, supports over 40 spacecraft. In 2017 we initiated the “follow the sun” approach. For nine hours each day, we remotely manage all of NASA’s deep spacecraft tracking operations – from opposite sides of the globe we share a vision into the universe.

But beyond the beauty, the mystery, and the innate lure of the vast universe that surrounds us – I’m often asked: “What’s in it for Australia to invest in space?” The answer is plenty, some of which we have already reaped and other benefits that we soon will.

For a start, if you’re reading this online, chances are you’re using fast Wi-Fi, invented by CSIRO using our team’s deep understanding of the behaviour of radio waves arriving at Earth from space – honed through their expertise in radio astronomy.

When we think space, we also need to think of all the satellites orbiting Earth that enable GPS services and weather forecasting. The cost of building and launching satellites is coming down, making space more accessible than ever before.

They work closely with dozens of local and international partners to turn big data gathered from satellites into insights that solve challenges ranging from disaster prevention, and management of bushfires, floods and spills, to biosecurity threats.

The truth is, life on Earth is increasingly reliant on space.

Australia’s expertise in agriculture and data analytics, for example, together with access to positioning and Earth observation data has enabled precision agricultural systems, which allows farmers to monitor and manage crops throughout a season, leading to new exportable solutions.

Armstrong called the Apollo 11 mission “a beginning of a new age” – inspiring generations to dream, innovate and rethink what they can achieve. And now there is a new challenge.

NASA is calling for a return to the Moon with international participation. Australia’s space sector is uniquely positioned to contribute to this endeavour.

By building on our foundations in mineral exploration, renewable energy technologies, sensors, robotics, big data analytics and ground station management, as well as our experience in overcoming long-distance communication challenges, we’re in a strong position to leverage our capabilities in the space domain.

At CSIRO, we work with Australian businesses up and down the space supply chain, as well as with multinational organisations, international space agencies and every Australian research institution.

Come with us on this journey to reach the Moon and beyond. Our opportunity is as unlimited as space itself.

This article was originally posted in the Australian Financial Review. View the original article.

Previous post:
Our future in drought
Coming up next:
Not one but two Aussie dishes were used to get the TV signals back from the Apollo 11 moonwalk