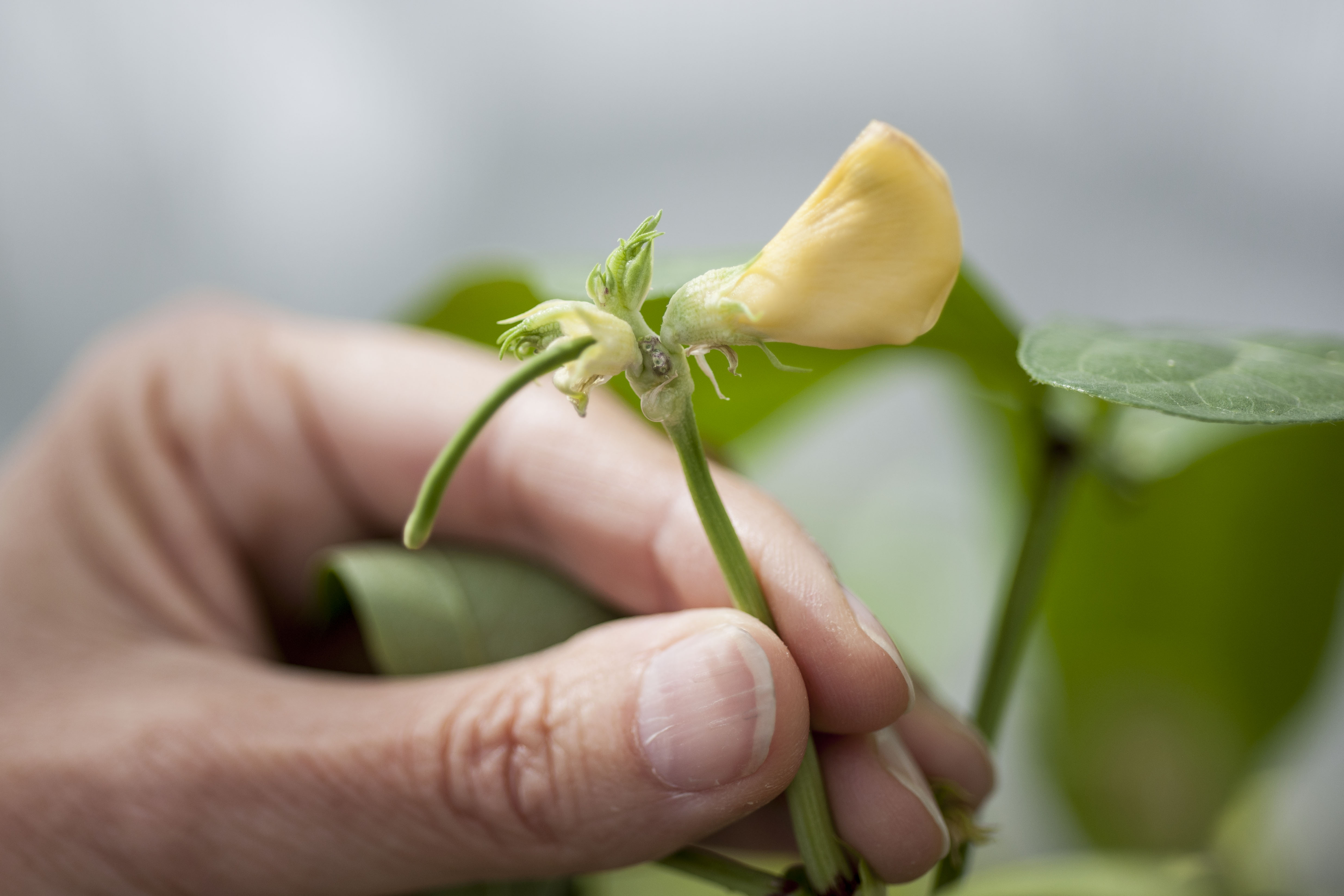 Photo of a cowpea pod in flower

Cowpeas are a staple food crop in sub-Saharan Africa

It’s a hard life being a small farmer in sub-Saharan Africa. About 200 million people in the region are poor and undernourished. Most of them are smallholder farmers in rural areas, who rely on agriculture as their main source of food and income.

Part of the reason for their level of hardship is that the major staple crops, sorghum and cowpeas (which provide not just food but fuel and fodder for livestock) have low yields. Poor soil, low-quality seed, drought and disease all play their part.

Obviously, if these farmers could get greater productivity from their crops, they could have a secure supply of food, and possibly even be able to sell the excess and bring in some extra money. But conventional genetic improvement to increase yield is a slow process, and these farmers are hungry now.

So: how to make improved yields happen? 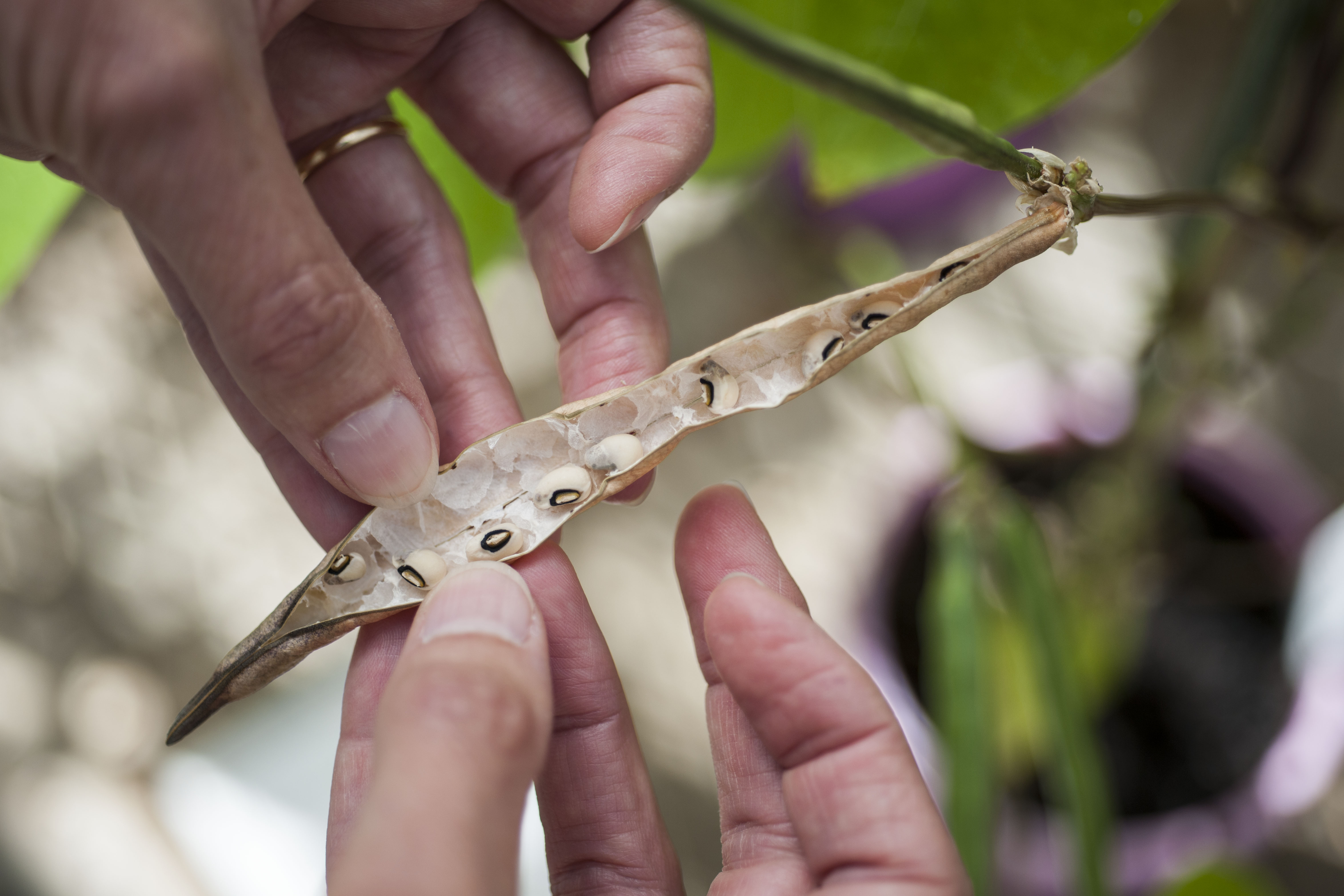 Picture of a dry cowpea pod with seeds

A cowpea pod, with seeds

The Bill and Melinda Gates Foundation has just awarded us a $14.5 million grant to work on it. The five year project, in partnership with other world leading research teams from Switzerland, USA, Germany and Mexico, will develop tools to generate self-reproducing hybrid cowpea and sorghum crops.

What we’re planning to do is to develop high-yielding sorghum and cowpea crops that have seeds the farmers can save and grow, and which don’t decrease in quality or yield. And that’s going to mean making a very fundamental change to the way they’re bred – changing from sexual reproduction to asexual.

Hybrid crops can produce yield increases of 30 per cent or more, because of what’s known as hybrid vigour – basically that some crosses between two strains of crop will combine the favourable traits of both parents and be more successful than either. 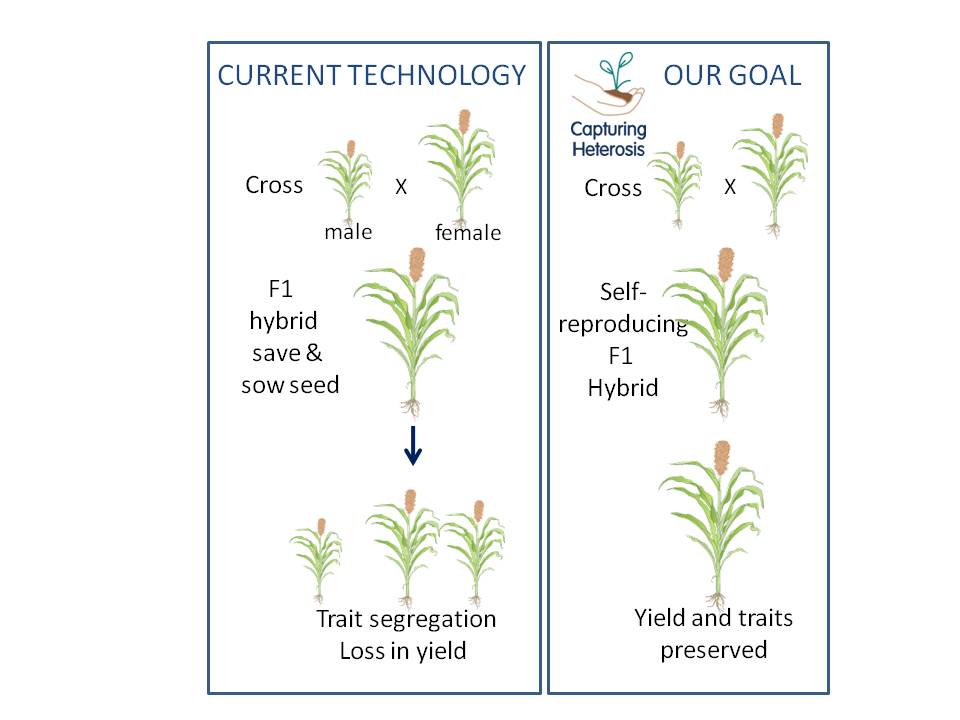 Hybrid vigour is the same mechanism which produces the loveable labradoodle. A labradoodle puppy inherits the favourable traits from its purebred Labrador and poodle parents. However, two labradoodles won’t produce labradoodle puppies (they’ll be more Labrador-ish, or more poodle-ish). In just the same way, the seed from hybrid crops will not express the favourable traits. The puppy’s increased adorableness is of course a matter of personal opinion but it is a furry demonstration of hybrid vigour.

Unfortunately, current technologies to produce hybrid seed (and labradoodles) are expensive, and farmers need to buy new seed every year as the favourable traits only last one generation.

If we can develop self-reproducing hybrid cowpea and sorghum crops the farmers would then be able to self-harvest high-quality seed, giving them a more secure food supply and possibly even increased income from selling excess seed.

It’s a big challenge. As project leader Dr Anna Koltunow explains ‘It’s not going to be easy, otherwise it would have been done already. The idea of changing the plants’ reproductive process to an asexual one is a complex undertaking’.

The first stage of the project will involve developing the techniques that will allow cowpea and sorghum plants to reproduce asexually. This is lab-based work. If this stage is successful, African breeders and institutes will join the project for the subsequent phases.

Previous post:
3D images of the MV Lake Illawarra shipwreck in the Derwent River
Coming up next:
Smartphone app a life-saver for heart attack patients