Australian regulators give the green light for a genetically modified canola- Omega-3 Canola- the world’s first plant based and sustainable source of omega 3. 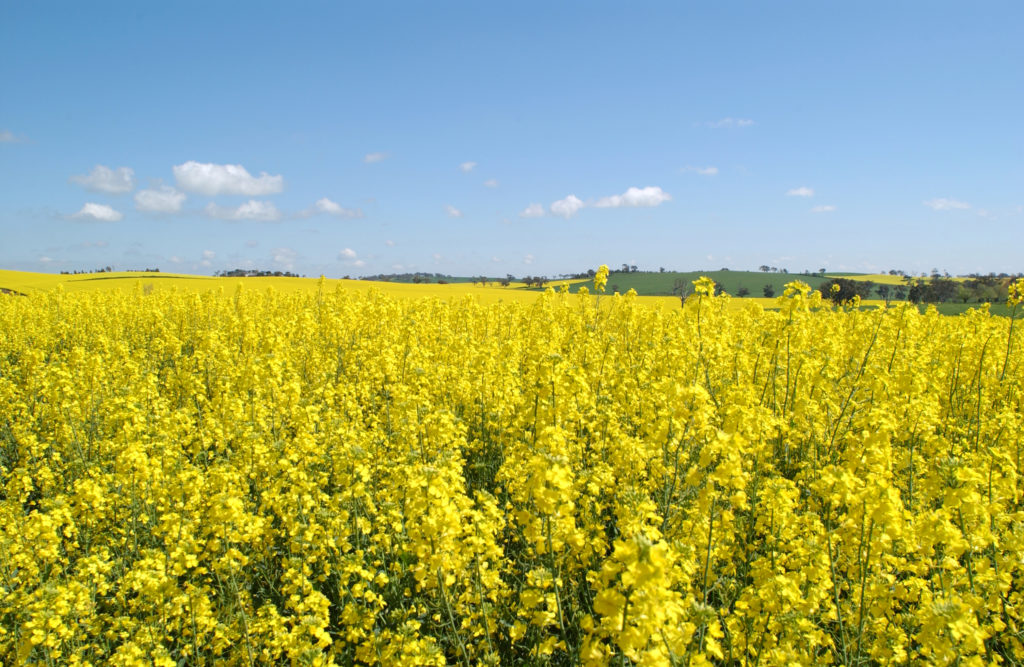 Last week, Australian regulators gave the green light for the world’s first plant based and sustainable source of omega 3. Named Omega-3 canola, it’s a type of canola that has been modified to contain long-chain omega 3 fatty acids. It is the first genetically modified crop wholly created by Australian scientists

This advancement is more than just a win for Australian science. For many years, nutritionists have recognised the health benefits of long-chain omega-3 fatty acids, in particular different types known as DHA and EPA. They are vital for early childhood growth and especially in brain and eye development, and cognition. They’re not just good for kids, either. In adults, omega-3 fatty acids can reduce blood pressure and the risk of coronary heart disease as well as stroke, type 2 diabetes, Alzheimer’s disease, inflammatory disease and asthma.

Fish are friends, not food

The human body is incapable of producing its own omega-3, which means to meet our nutritional needs we need to get them from our food. Currently, the most popular source of omega-3 oils is ocean-caught fish. Despite the old saying, there’s only so many fish in the sea, and as the human population grows, so does our demand on fish stocks. That’s where omega-3 canola comes in- one hectare of the crop will provide the equivalent amount of DHA (one of the two main kinds of omega-3 fatty acids) as 10,000 kg of wild-caught fish.

Why don’t we just farm fish?

Before omega-3 canola, trying to produce more omega-3 oils was a bit of a catch 22. Eating farm-grown fish seems like a good way to get your daily dose of omega-3 fatty acids without directly impacting ocean fish stocks. The catch is that farmed fish require a substantial amount of omega-3 fatty acids in their diet- the main source of which is fish oil, often from ocean stocks. Recent fish feeding trials conducted in Australia and Norway indicate that the omega-3 canola oil can be an excellent substitute for fish oil in aquaculture diets, breaking the fish-eat-fish cycle.

How did we do it?

Omega 3 canola is the result of 12 years’ work led by Surinder Singh, James Petrie and the team of scientists in the Plant Oils Engineering Group and involving many others from across our organisation (Agriculture & Food, Oceans & Atmosphere, Manufacturing, Health and Biosecurity and the Australian National Algae Culture Collection). The Grains Research and Development Corporation (GRDC) has supported this project since its beginning.

Using gene technology, our scientists transferred the ability to produce long chain omega-3 oils from the marine microalgae that fish consume into canola. This involved introducing a set of eight transgenes which extended canola’s short-chain omega-3 synthesis pathway all the way to marine-type EPA and DHA fatty acids. It is the most complex piece of metabolic engineering so far achieved in plants.

When can I get some?

Just like Game of Thrones, sadly you’re going to have wait for a bit for Omega-3 canola to hit the market. Omega-3 canola will be commercialised by Nuseed Pty Ltd, a subsidiary of Nufarm. The first product that Nuseed plans to commercialise is an aquaculture feed, AquaterraTM followed by NutriterraTM for human nutrition.

We’re developing the next generation of bio-oils

Previous post:
Making it personal – how your home could help power the electricity grid
Coming up next:
Curious Kids: Is x-ray vision possible?