Legends of rock: CSIRO geologists making a name for themselves

Legends of rock: CSIRO geologists making a name for themselves 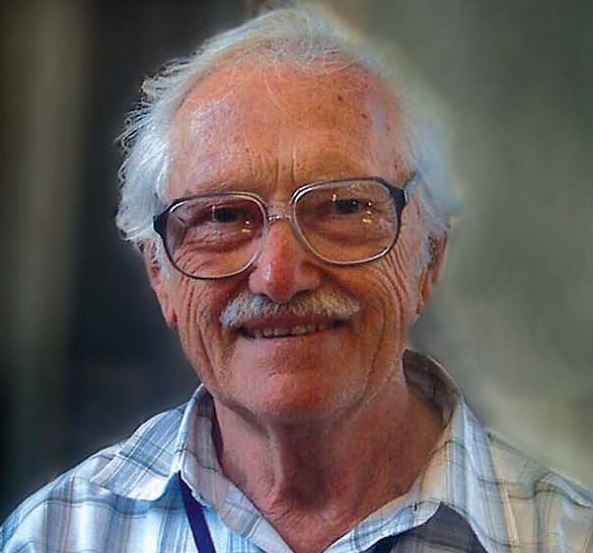 When most people think of Australian rock stars, they probably picture Johnny Farnham, Tim Rogers or Sarah Blasko – famous musicians that capture the hearts and minds of our nation. But if we say our favourite rock stars are Drs E Ralph Segnit, Dave Wadsley, Ernie Nickel and Ian Grey, we’re more likely to  get a few blank stares.

“Ahh, was that last guy the bass player for the Go-Betweens?”

No, stupid, they’re CSIRO geologists: the true legends of rock! And while they may not have made the ARIA charts, our only motley crew have attained enduring infamy through the minerals named after them.

Take Ernienickelite (NiMn3O7.3H2O), a reddish-black nickel oxide mineral from Kalgoorlie, discovered and named after *drum roll* Dr Ernie Nickel! Could a name ever be better suited? Talk about nominative determinism.

Or Wadsleyite (β-(Mg,Fe)2SiO4), a particular form of olivine originally described from the Peace River meteorite, named in honour of Dr Dave Wadsley. Dr Wadsley was a true rock star of his time, a pioneer of mineral crystallography who was about to be nominated for a Nobel Prize before his premature death in the 1969.

Another landmark of 1969 was the high-pressure mineral zircon created in one of our labs by Dr Alan Reid, which was then named after him. Reidite (ZrSiO4) is a particularly rare mineral which has only been found in four meteorite impact craters worldwide.

Segnitite (PbFe3+3(AsO4)2(OH,H2O)6) was named after Dr E. Ralph Segnit, internationally renowned  in the field of gemmology and expert in the structure of precious opal. His namesake is a yellow to greenish brown lead iron arsenate mineral discovered near Broken Hill. 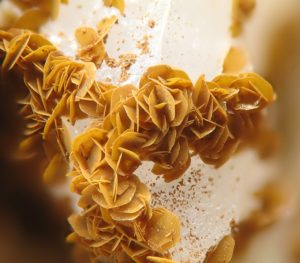 Segnitite, named to honour Dr Ralph Segnit for his contributions to Australian mineralogy.

Our ex-chief of Minerals and Honorary Fellow, Dr Rod Hill, discovered and gave his name to hillite (Ca2(Zn,Mg,)(PO4)2.2H20), a phosphate mineral from Reaphook Hill in South Australia. Dr Hill was the first to describe the transparent mineral, which gives off a weak, greenish yellow fluorescence in short-wave UV light.

After naming three new minerals found near Tennant Creek in the Northern Territory, Dr Gus Mumme finally gave his name to mummeite (Ag2PbCuBi6S13), a silver gray mineral containing bismuth, copper, lead, silver, and sulfur from Alaska Mine in Colorado, US.

And finally, iangreyite (Ca2Al7(PO4)2(PO3OH)2(OH,F)15·8H2O),  named after … Dr Ian Grey. Dr Grey has characterised and named 26 new minerals to date. He has also been awarded an Order of Australia for his contributions to the mineral sands industry.

To date, our scientists have named over 50 new Australian minerals, most often as a consequence of the research we do with Australia’s mining industry.

Fancy having a mineral named after you? Well, perhaps consider a career with us.

Here’s some of the current research we do with Australian’s mining industry.

Previous post:
Mysterious blobs in our Milky Way could be part of the missing matter
Coming up next:
RV Investigator’s tales from the sea: week two